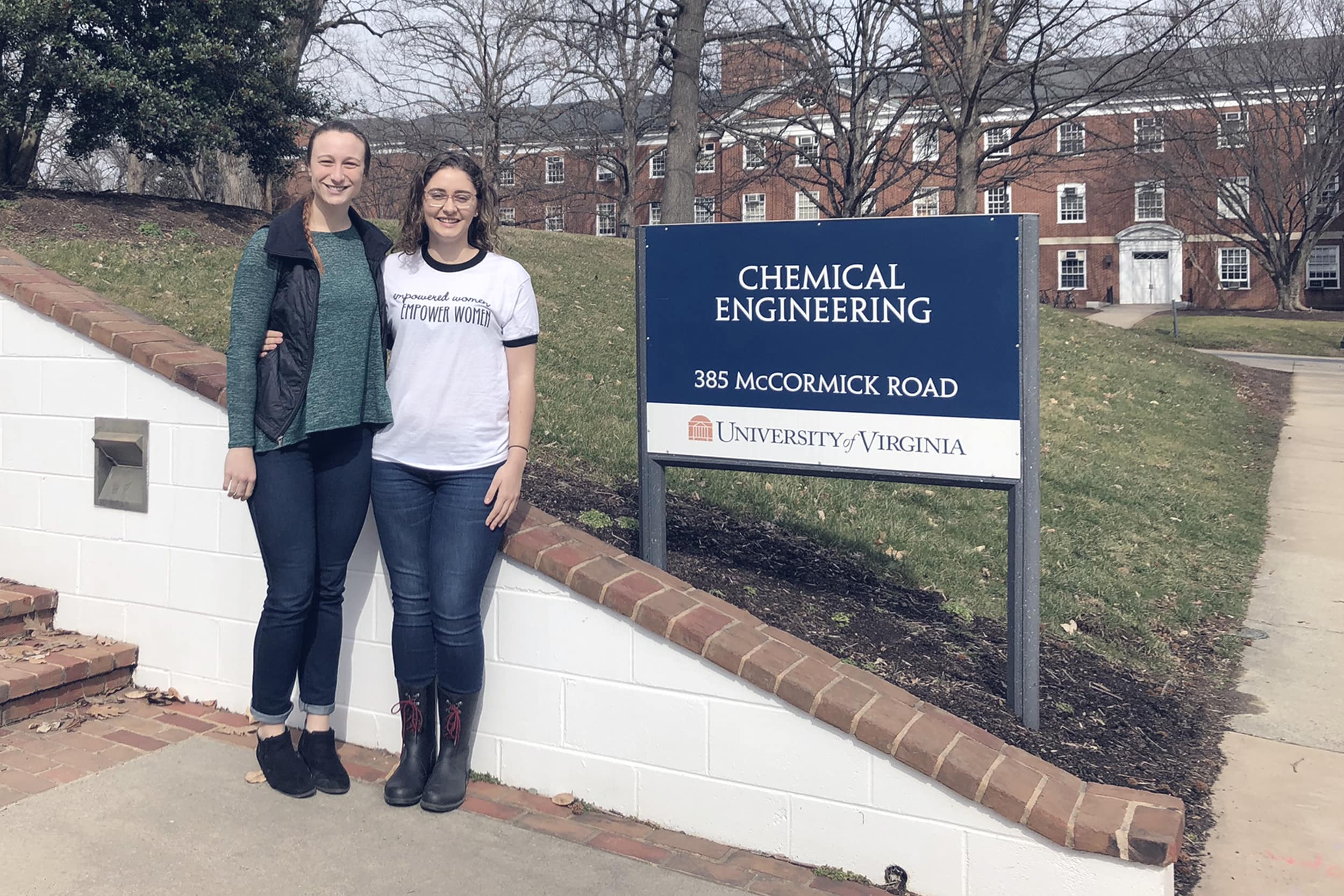 When Bev Miller was looking to enroll in a graduate engineering school, she wanted a place where students and faculty had close professional relationships and supported each other.

She found that environment of collegiality at the University of Virginia School of Engineering. With a background in bioengineering at Oregon State University, she also was drawn to UVA’s biotechnology and biomolecular engineering research programs.

Miller is now in her second year of the chemical engineering Ph.D. program and a research assistant in professor Steven Caliari’s lab in the Department of Chemical Engineering. But as she left her Oregon home last year for Charlottesville, a particular memory of her search for the right graduate program stuck with her: a visit to the University of Washington, where she was introduced to a first-of-its-kind organization called Women in Chemical Engineering.

Miller got to work, and now UVA is home to the nation’s second chapter of Women in Chemical Engineering.

“I liked how it was a crossover between undergraduate and graduate students and thought there’s definitely space for it here, because UVA is open to pushing forward diversity initiatives,” Miller said. “And we’re not exclusive to women. We welcome all genders who want to be allies for women.”

The group earned official University recognition in December. There are about 40 members, including several men, with plenty of room to grow.

It is no surprise that a groundbreaking effort to support women engineers would get its East Coast start at UVA. UVA Engineering is the top public school in the country for women earning engineering degrees, among schools with at least 75 graduates. Female undergraduate enrollment in the Engineering School is 33 percent, 12 points higher than the national average, according to the American Society for Engineering Education. At the graduate level, 32 percent are women, compared to a national average of 25 percent.

“Humanity faces enormous, complex challenges in the 21st century in health care, the environment, cyber and more, and the world needs talented, highly trained engineers from a wide range of backgrounds to tackle these challenges and create a better way of life,” said Pamela M. Norris, UVA Engineering executive dean and Frederick Tracy Morse Professor of Mechanical and Aerospace Engineering. Norris is director of UVA CHARGE, a National Science Foundation ADVANCE program aiming to increase the participation of women in higher education faculty positions in science, technology, engineering and mathematics.

“At UVA Engineering, we believe it is our responsibility to help widen the pipeline for future engineering leaders from groups that have been traditionally underrepresented in engineering, such as women, and I am proud of our students and faculty in chemical engineering for supporting this effort in such a visible, powerful way,” Norris said.

Shannon Barker, UVA Engineering’s director of graduate education, said a sense of belonging to the community of engineers, leadership skills and the ability to collaborate with others are essential for student success.

“Participation in student organizations is a highly effective way for students to gain experience in these fundamentals,” Barker said. “Joining an engineering-focused student organization that allows for mentoring and support structures in a safe space of peers greatly increases a student’s sense of belonging and their own identity as an engineer. Previous literature in this area suggests a sense of belonging in a higher education setting is linked to improved retention and positive academic and psychological outcomes. This effect appears to be even more beneficial for those students who identify as underrepresented in their fields.”

Additionally, Barker said, student organizations allow members to take on leadership responsibilities, advocate for themselves and learn to work together to make an impact in their academic communities.

“As a school, we strongly support our vital student organizations, understanding the value they give to our students and constantly learning from the important work they do,” Barker said.

On both coasts, Women in Chemical Engineering – often shortened to WChE and pronounced colloquially as “Wickee” – seeks to “educate, empower and advocate for women in chemical engineering, and their supporters, by providing an open space for dialogue, mentorship, collaboration, camaraderie and skill building through professional development, community networking, and outreach to primary, secondary and post-secondary institutions.”

The UVA chapter encourages engagement with other groups that serve students from populations traditionally underrepresented in engineering. This includes Women in Computing Sciences, the National Society of Black Engineers, the Society of Women Engineers and Out in STEM.

Miller and her undergraduate co-president, Rebecca Earhart, both said gaining recognition in the national chemical engineering community is a longer-term objective. Today, no organization specifically advocates for women in the profession across career stages. The American Institute of Chemical Engineers has a Women’s Initiatives Committee, but the institute’s members are working professionals and undergraduate students in chapters such as UVA’s. That leaves a void for graduate students at their own institutions and nationally.

In essence, Women in Chemical Engineering seeks to make the whole chemical engineering community stronger and supportive for everyone – and along the way, provide resources to help its members achieve success, now and in the future. Miller saw it as a way to bridge multiple divides and broaden support systems.

Graduate students do find a sense of family among other students in their class year, such as her fellow second-year Ph.D. students, Miller said. “We’re not trying to take away from that, because we all know from our undergraduate experience that it was super valuable. While you’re going through classes, you need your people. But it’s started the conversation that we have more resources available to us than we realize.”

“Professionally, the chemical engineering community is pretty small,” Ford said. “Students don’t realize this yet, but the people that they’re in school with now, their paths are going to cross in their careers. Having more opportunities to know not just the people in your graduating class, but those who are a few years ahead or graduate students who are coming along in the profession, I think making those connections is really important later in your career.”

Earhart, a fourth-year student who worked with Miller in Caliari’s lab and already has a job with the biopharmaceutical company Merck next year, saw the value right away. Unless undergraduates work in a research lab, they don’t often know graduate students except as teaching assistants, she pointed out.

“I loved the idea. I saw the opportunity for all undergrads and graduate students to mingle and discuss interests within and outside of chemical engineering,” Earhart said. “Many grad students have industry experience, too, so it seemed a great way to bring industry-oriented undergrads together with grads who have experience – and advice – in industry and research.”

Further, the more options students have for finding people they can identify with, the better. It helps deal with adversity, Ford said, which should help with retention of students from underrepresented groups.

“When people face a hurdle they hadn’t anticipated, feeling a sense of belonging, it’s like ‘oh, yeah, that happened to me’ – those kinds of things are helpful. Particularly in chemical engineering, students have lots of things they can connect on. They’re going through similar experiences with their courses.”

Elizabeth Nance, the Clare Boothe Luce Assistant Professor of Chemical Engineering at the University of Washington who founded the first chapter, also spoke to that point, saying it can be especially true for minorities.

“There is research in social psychology looking at how you can be successful as a minority, and your success is going to put you in positions where you’re even more underrepresented, and there are even more obstacles to overcome,” she said. “If you don’t see people who are like you in these more narrowed circles who continue to succeed, it’s hard to see your way forward from where you are.”

Nance formed Women in Chemical Engineering because she saw an obvious need: As a new faculty member in 2015, she was pleased to be inundated with requests to counsel graduate and undergraduate students. However, she said, “I realized it was not sustainable and also not the most useful, because they had a lot they could share with each other across levels. It just needed to be formalized, and that was what I saw as my role. Students took it from there.”

Membership is open to men because to gain respect and a seat at the table for all populations, you can’t exclude half the general population, Nance said. The formula has worked at Washington, she added: “Having so many groups engage allowed us to have more open and constructive conversations, and it provides tangible examples to show students why this is good. It’s self-propagating.”

The group sees everyone as a potential ally and mutual supporter, a view that Women in Chemical Engineering at UVA fully embraces.

“For underrepresented populations, it’s absolutely critical to have advocates,” Ford said. “For women’s organizations, having men involved is important for credibility and general advocacy – just standing up for this organization is important.”

UVA Halsey Distinguished Visiting Professor Ron Unnerstall said much the same in a recent Women in Chemical Engineering-sponsored talk on his involvement in diversity initiatives as an executive at BP. Systemic changes come from within, and to “move the needle,” you need the backing of people with the influence to make it happen, he said. That often means white men, who still hold the majority of leadership positions in industry.

Fifth-year Ph.D. candidate Gordon Brezicki attended the talk, although he isn’t a member of the organization. It was an opportunity to learn from Unnerstall’s industry experience, he said. A key takeaway? “You really have to go out of your way to examine your own biases in ways you might not have thought of otherwise,” he said.

That Brezicki felt he could – and did – learn something is an example of how Women in Chemical Engineering at UVA can improve the student experience for all groups. Activities, while women-focused, relate to the organization’s core pillars: outreach, professional development and community-building, which apply to everyone.

Some of the more popular events held last year included all-women industry panels. Fourth-year undergraduate Brooke Noeska, who is the president of the American Institute of Chemical Engineers student chapter, said membership in Women in Chemical Engineering has made a difference for her.

“I have enjoyed the talks where we brought in women from a variety of engineering-related fields to talk about their experiences,” Noeska said. “Diversity in guest speakers can be challenging because engineering has been a male-dominated field. Having an organization that prioritizes showcasing successful women in chemical engineering is incredibly valuable.”

Earhart, on the cusp of her career, looks for the day when there are no unspoken boundaries between students, professors, men and women in the field. “Being a woman in ChemE, it is important to make connections with other women, but also throughout the whole community,” she said.

“I’d like to see, one, more women in chemical engineering, and two, more integration among everyone, regardless of the groups people identify with. We don’t want to isolate ourselves by forming this group; we just want to have our voices heard.” 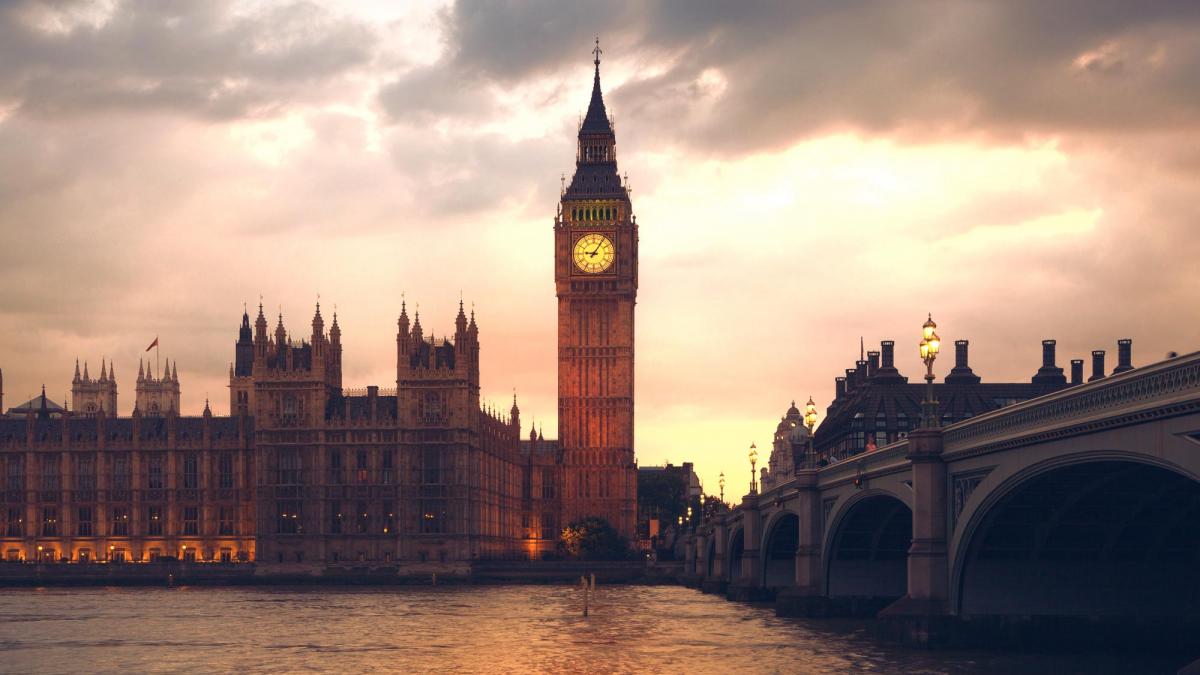