Can This Alum’s Smartphone App Find the Next NBA Star? 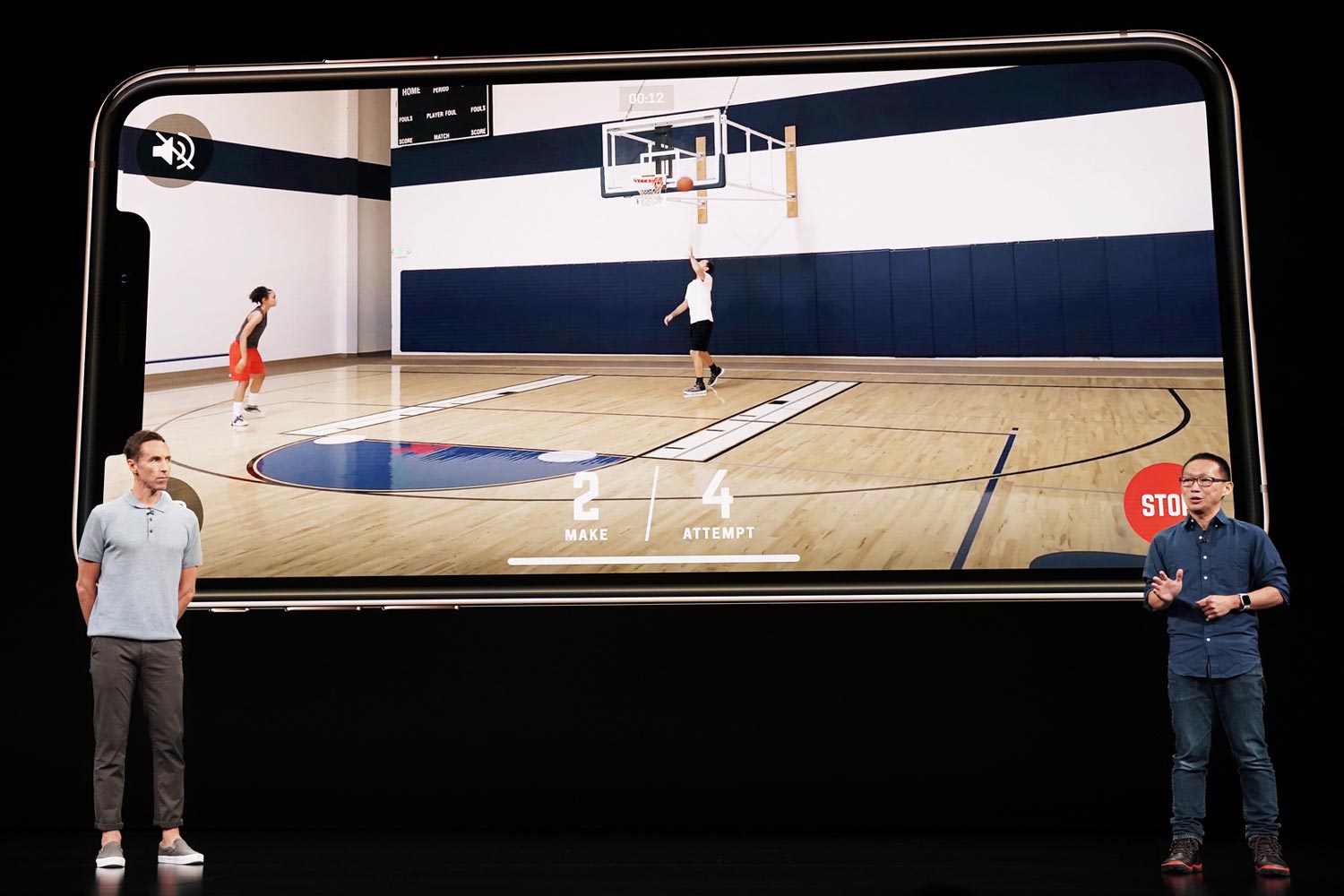 When NBA stars Jeremy Lin and recent Basketball Hall of Fame inductee Steve Nash and Dallas Mavericks owner Mark Cuban invest in your basketball app, you know you are onto something good.

Or at least that is what University of Virginia alumnus Alex Wu is hoping.

Wu is the chief marketing and strategy officer and founding team member of the Silicon Valley and Hong Kong-based startup NEX Team Inc. The company’s new iPhone app, HomeCourt, uses mobile artificial intelligence to record, track and analyze individual practice sessions. The app is already being used by NBA teams, including the Boston Celtics and the Philadelphia 76ers, as well as college teams including Duke University, the University of Florida and Stanford University. Wu is in the process of reaching out and sharing the product with several other college teams, including UVA.

HomeCourt tells you how many shots you made, how many you missed and the location of each shot. It also records video of every shot. You can slow it down, re-watch it in real time, and, thanks to the app’s analytics report, track your progress over time and share it with coaches and teammates. The app will soon introduce new features giving players access to insights not visible to the naked eye, including release time and release angle for every shot they take. Nash and NEX Team CEO David Lee demonstrated some of those capabilities at Apple’s yearly Keynote event last week.

The best part – especially for those who are not on NBA teams with huge technology budgets – is that you only need a smartphone and a basketball hoop. The app’s computer vision technology – honed as Wu, a part-time youth basketball coach, and his team used it to film thousands of practices around the San Francisco Bay Area – can automatically fill in court lines and create a shot chart, even if you are just shooting in your driveway. You can film 300 shots a month for free, with an unlimited subscription available.

“Think about the level of automatic data and feedback you get, as a runner for example, from the Apple Watch or the Nike Run app,” said Wu, who graduated from the McIntire School of Commerce in 2007 and went on to work as an early employee for tech companies, including Facebook, Quora and Uber.

“Basketball did not have anything like that,” he said. “Our app can take on some of the more tedious tasks of practice – counting missed/made shots – leaving athletes free to focus on their game and coaches free to focus on coaching, not counting.” 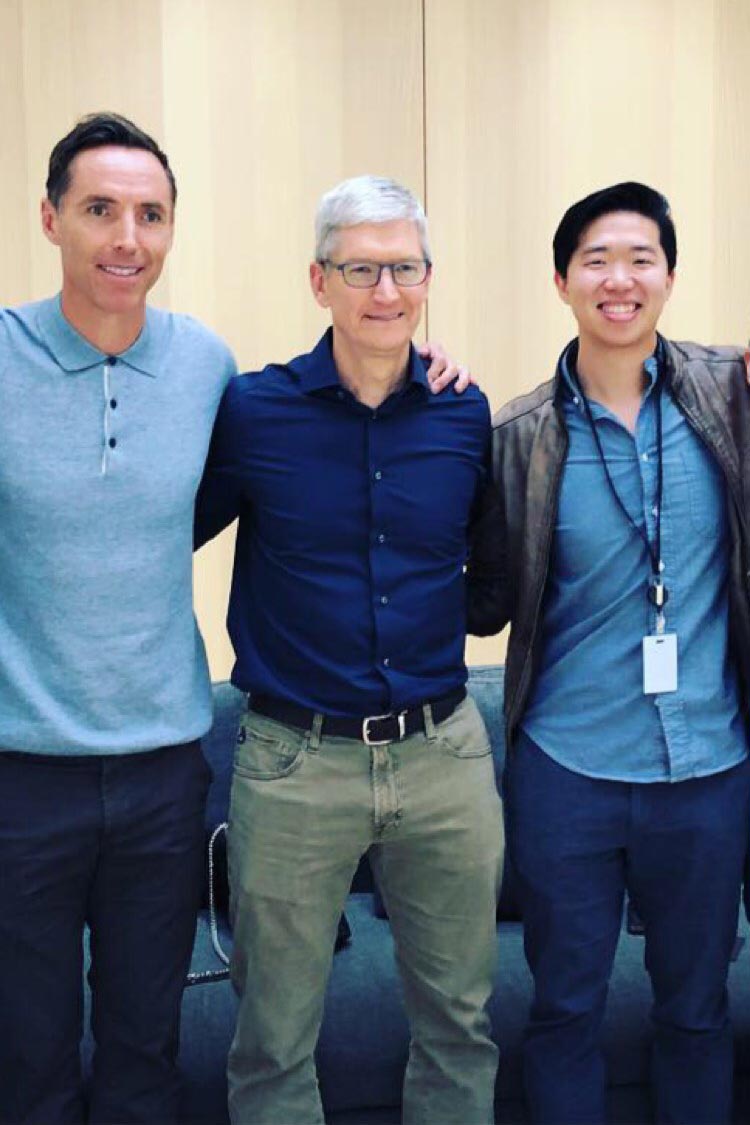 Wu also believes the app’s data reports can help coaches and teams identify players who might previously have flown under the radar. Already, it is being used in more than 100 countries and 1,000 cities. The app’s leaderboard feature keeps track of top-performing users across those locations and could prove useful for coaches and recruiters.

Take Lin, for example. Though the Atlanta Hawks player is now a well-known professional athlete, he was not heavily recruited as a high school player, played at Harvard University without a scholarship and was not among the NBA’s top draft picks.

“He’s obviously a phenomenal player, but he was not heavily recruited and he felt like some of the stereotypes around Asian and Asian-American basketball players got in the way of his talent,” said Wu, who befriended Lin when he played church league basketball with the NBA star’s brothers after moving to California. “That is one of the reasons he invested and became an adviser. He believes that if this technology existed when he was being recruited, it might have helped people see past what he looked like and see the data-driven truth.”

Wu firmly believes that his app could find the next Jeremy Lin.

“Our product has the opportunity to level the playing field for kids like Jeremy or Steve Nash, who is from Canada and was also not heavily recruited. Maybe the next Jeremy is already on the platform, filming in Kenya, or Brazil or Hong Kong,” he said. “They have so much talent, but – especially outside the U.S. – do not benefit from the hype machine you see in the U.S. today.”

Wu, who grew up in Taiwan before coming to school at UVA, is passionate about Asian and Asian-American representation in sports and in broader culture.

He co-founded the Asian American Artists Foundation, which supports Asian-Americans working in media and entertainment. The foundation recently helped host a “#GoldOpen” for blockbuster “Crazy Rich Asians,” organizing dozens of movie theater buyouts across the country for the film’s opening weekend. The romantic comedy, which features an all-Asian principal cast and crew, topped the North American box office for several weekends in August.

He recalled one particularly disturbing incident at the NCAA Final Four last year. Wu was there to present the HomeCourt app at a conference for NCAA coaches.

He was already sad because his beloved Virginia Cavaliers were not playing after losing in the first round. Then, a consultant who had been working with his company suggested that they should find someone else to deliver the presentation – someone who looked more like the audience. The implication, Wu said, was that having an Asian man talk about basketball would not help sales.

“I’m Chinese, I’m not very tall, and I am used to being underestimated on the basketball court,” Wu said. “But at the end of the day, you earn respect by how you play.”

The same, he said, was true of the presentation. He firmly believed that the quality of the team’s product would earn the audience’s respect, no matter what they looked like.

“Our product is revolutionary; it’s going to change the way people think about technology and sports, and we should be proud of that,” he said. “Maybe we can make it easier for the next group – the next players, the next founders – who look like us.”

What Is the ‘4th Side’? END_OF_DOCUMENT_TOKEN_TO_BE_REPLACED