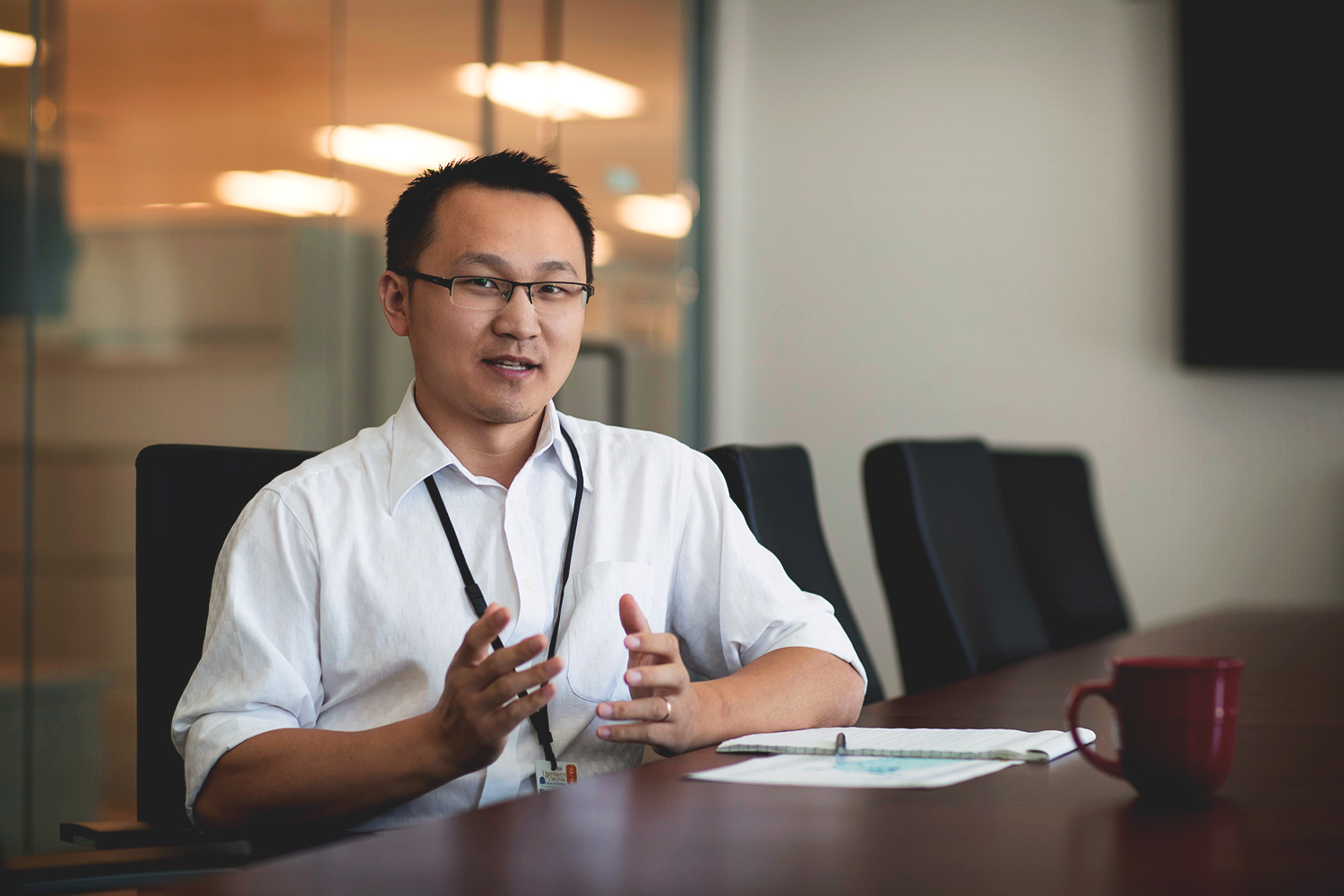 Nengliang (Aaron) Yao led a study that found residents of Appalachia were not sharing in the advances in cancer care that their fellow Americans are experiencing. (Photo by Dan Addison, University Communications)

What’s the best way to battle the unseen cancer crisis in Appalachia? University of Virginia School of Medicine researcher Nengliang (Aaron) Yao on Tuesday encouraged the region’s residents, physicians and everyone who cares about the health of the millions of people who live there to contact their lawmakers and speak out about the problem. It will take collective action, he said, to bring attention to the alarming disparities in cancer care and outcomes that beset the region.

Yao, of UVA’s Department of Public Health Sciences and its Cancer Center, has identified troubling trends across the spectrum of cancer care in Appalachia, from detection to treatment to mortality. He and his colleagues found, for example, that between 1969 and 2011, cancer incidence declined in every region of the country except rural Appalachia, where it increased. During that same time, the region went from having the lowest cancer death rate in the country to the highest.

Yao is working to bring the problem to the attention of lawmakers, and he encouraged others to join his effort.

“If you live in that area, or you care about people there, pick up your phone or email your congressman, congresswoman, your senator’s office, your governor’s office to raise awareness,” Yao said Tuesday during a Facebook Live chat. “That’s the most important thing.”

He lauded the physicians who practice in the region, and also urged them to speak out about the challenges and obstacles that have contributed to the problem.

“You’re doing great work. I hope the federal government and state government will have more funding or grant programs to help support the rural doctors,” Yao said. “At the same time, I think the rural clinicians should make their voice heard by the public – what they are doing, what they are facing every day.”

Read more about his research.

When Less Is More: How Harnessing the Power of Subtraction Can Add to Life END_OF_DOCUMENT_TOKEN_TO_BE_REPLACED