As Charlottesville Recovers from Violent Weekend, Alumni Band Together to Help 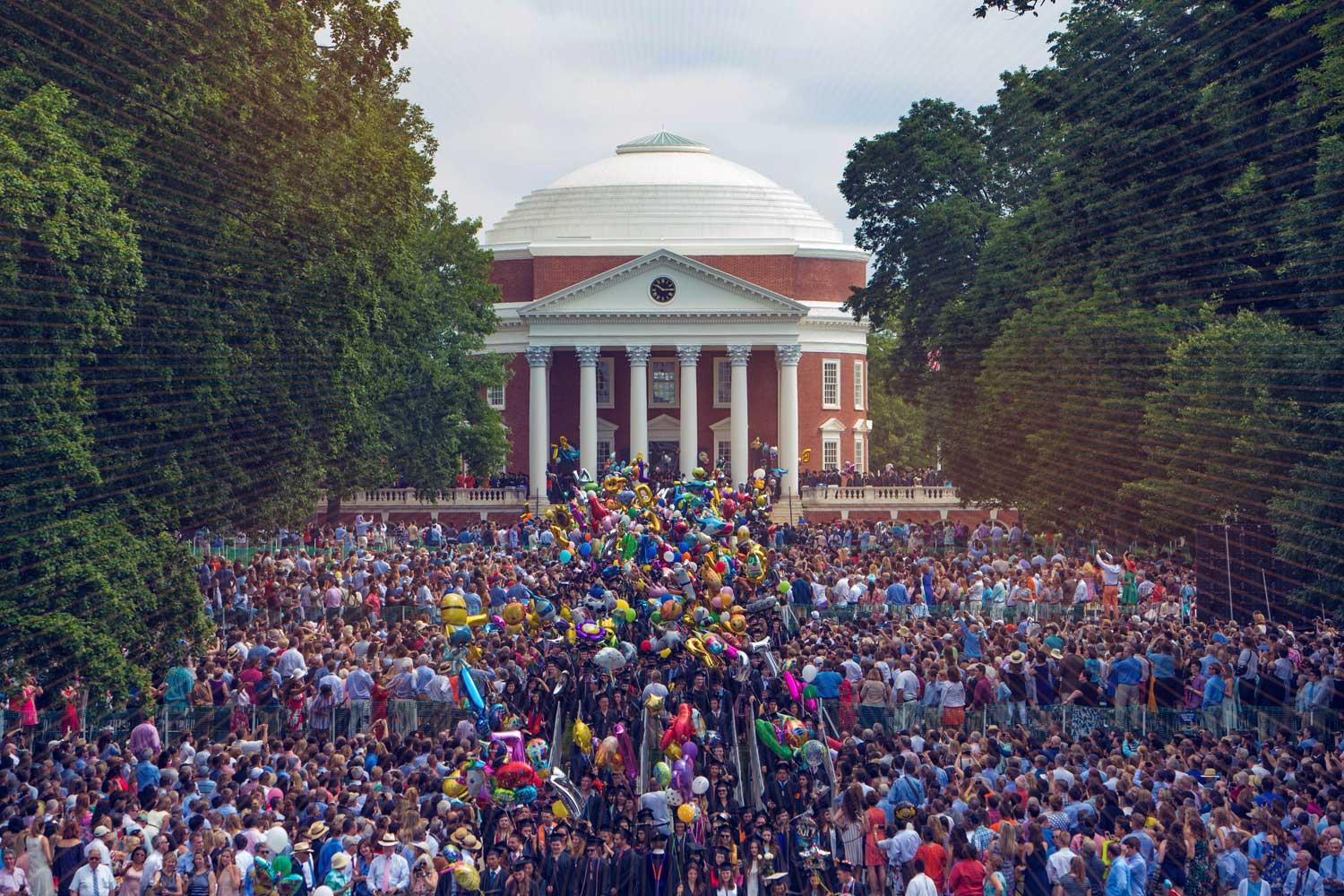 As neo-Nazis and white supremacists converged on Charlottesville for this weekend’s protests, which left a Charlottesville woman and two state troopers dead and dozens more injured, University of Virginia alumni began organizing in person and online, ready to help the school and town they call home.

Cameron Webb, a 2005 UVA graduate living in Baltimore, was eager to get to Charlottesville to join his wife, a student in UVA’s Darden School of Business executive MBA program, and sister, a fourth-year student. He jumped in the car on Saturday with friend and fellow alumnus Gregory Jackson, both of them alarmed by the violent turn the protests had taken.

“I was frustrated and scared for the students and for my family living in Charlottesville,” Jackson said. “I was also discouraged because I felt like this was unfairly tarnishing the image of the school that I call home.”

During the course of the three-hour drive from Baltimore to Charlottesville, Jackson and Webb brought more than 200 alumni together on the messaging app GroupMe, all talking about what they could do to help students and correct inaccuracies in the national conversation.

As Webb – a physician who will join the faculty of the UVA School of Medicine this fall – put it, he and other alumni wanted the world to know that the weekend’s violence was different from anything they had encountered before.

“Charlottesville certainly has its issues with racial dynamics, and we know that, but this is noticeably different, with folks coming in from all over the country, bringing racism, bigotry and hatred,” he said.

“I am proud to be an alumnus, primarily because of the community and the people I went to school with, of all races. There were racist incidents while I was there, but the community always rallied and made it clear that was not what we were about,” Jackson, a 2007 graduate, said. “We wanted to do something, and not just watch it happen.”

Along with UVA administrators, faculty and students, they are now part of the wide network of UVA leaders planning responses to the weekend’s events, ranging from targeted academic programming and community discussions to other events still being planned by student groups.

(For more information about these responses, see the full list of official UVA statements and a Q&A with President Teresa A. Sullivan.)

Once they arrived in Charlottesville, Jackson, Webb and other alumni began meeting with students they knew, providing support and discussing constructive responses to the weekend’s events.

“Students have driven social change for decades and we recognized the power of the student response and wanted to dovetail any alumni efforts with that,” Webb said.

Amid these discussions, they launched social media campaigns like #HoosAgainstHate or #WeAreCharlottesville, to provide a platform for students, alumni and community members to come together online. (See more from alumni posting online here.

Webb and Jackson also organized conference calls with concerned alumni like Gloria Felicia, a 2017 graduate of the McIntire School of Commerce who now lives near downtown Charlottesville.

“International communities at UVA and other minority groups are trying to spread awareness for students coming to Charlottesville, to help them stay safe and stay educated,” said Gloria Felicia, a 2017 graduate who is originally from Jakarta, Indonesia. “As an international student, I feel responsible for the international students coming into town. I want them to know that none of the actions that took place this weekend are a reflection of our community.”

Jackson, Webb, Felicia and many other alumni were especially dedicated to helping UVA welcome and support the newest group of students: those in the Class of 2021, who will begin moving into dorms this week.

“We wanted to make sure that students know that they are not alone, that there are a lot of us who have their back and want them to have an experience that is as good as ours was,” Jackson said. “We also wanted to let the broader country know that no one can just waltz in and taint the image of our school or jeopardize the safety of our students without a large response from the entire alumni community.”

Jackson and Webb led a group of alumni who published an open letter to the Class of 2021 from UVA Black Alumni and they are already recruiting alumni to help students move in or to arrange phone calls and write letters to new students and their families.

Finding willing alumni, Webb said, was not a problem.

“The response from alumni was immediate, and the list of those willing to take the lead is very long,” he said. “It didn’t take much to galvanize support.”

As terrible as the weekend was, he said, it is an opportunity to lead.

“This is an opportunity to create and sustain dialogue about where we should be as a nation, as a city and a university,” Webb said. “We are here to join students in that dialogue and we want them to know that they will grow and really hit their stride as leaders in a space like this. They are called to be Wahoos at a time like this.”