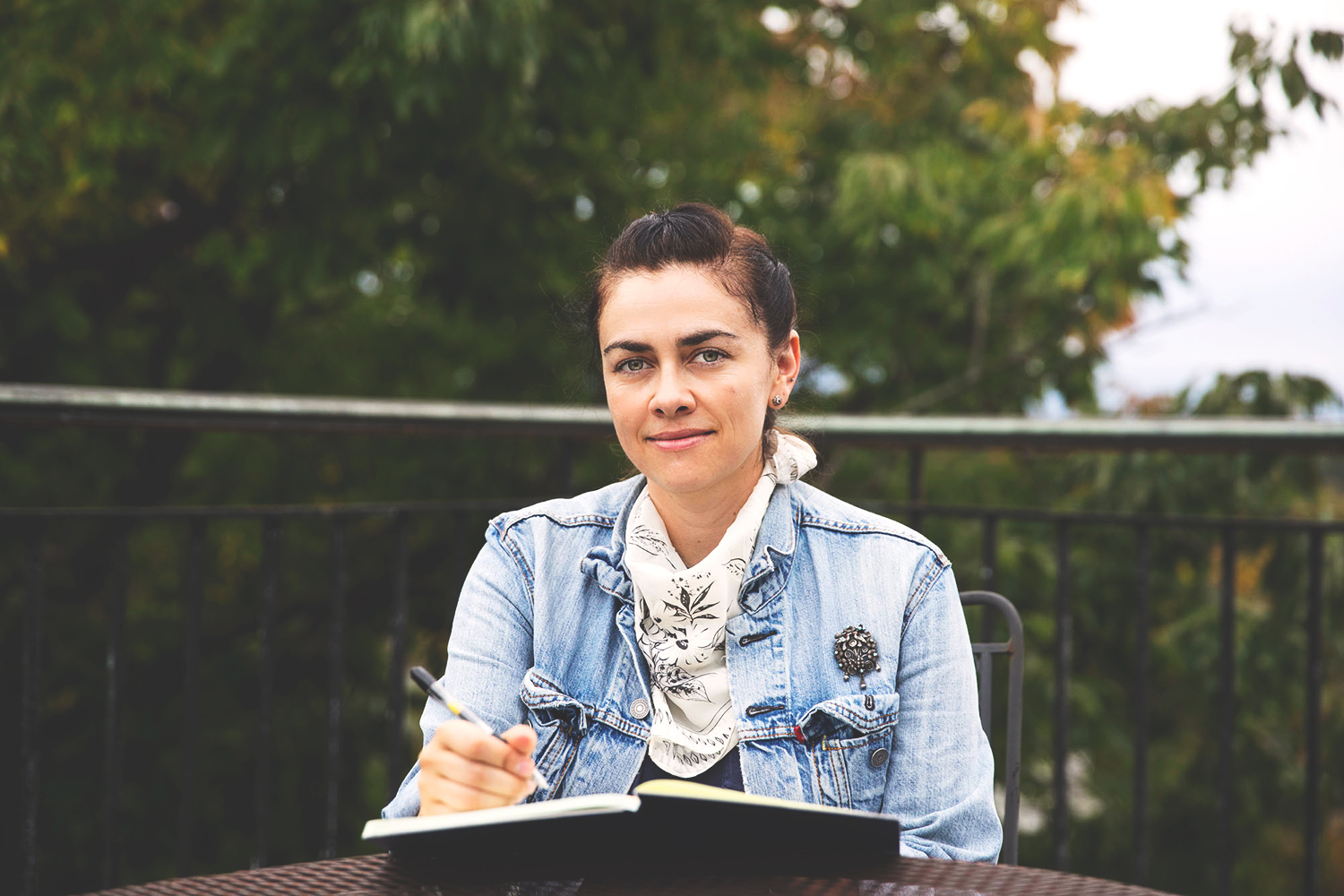 She spent one month in South Korea flying onboard a NASA DC-8 research aircraft. An atmospheric chemist, Pusede served as an instrument scientist, working with a team of scientists from the United States, Europe and South Korea on the multi-million-dollar flying laboratory, conducting one of the largest air-quality studies ever done anywhere.

Their overarching goal was to gain better understanding of how much pollution flows over the Yellow Sea from China, and how much originates on the Korean peninsula. The work also seeks to test instruments and refine broader knowledge of how natural and human-caused emissions interact to alter the atmosphere. And the findings will help inform interpretations of atmospheric measurements made from Earth-observing satellites.

To do this, the aircraft – laden with 25 instruments that measure a range of molecules, such as nitrous oxide, methane and carbon monoxide, produced by power plants, vehicle emissions, agriculture, forests and fields – crisscrossed South Korea at altitudes from as low as 300 meters – the “boundary layer,” which is the air we breathe at ground level – to as high as 30,000 feet. The plane also flew up and down parts of the Korean peninsula measuring constituents in the air that blows eastward from China and its interaction with the emissions generated there. 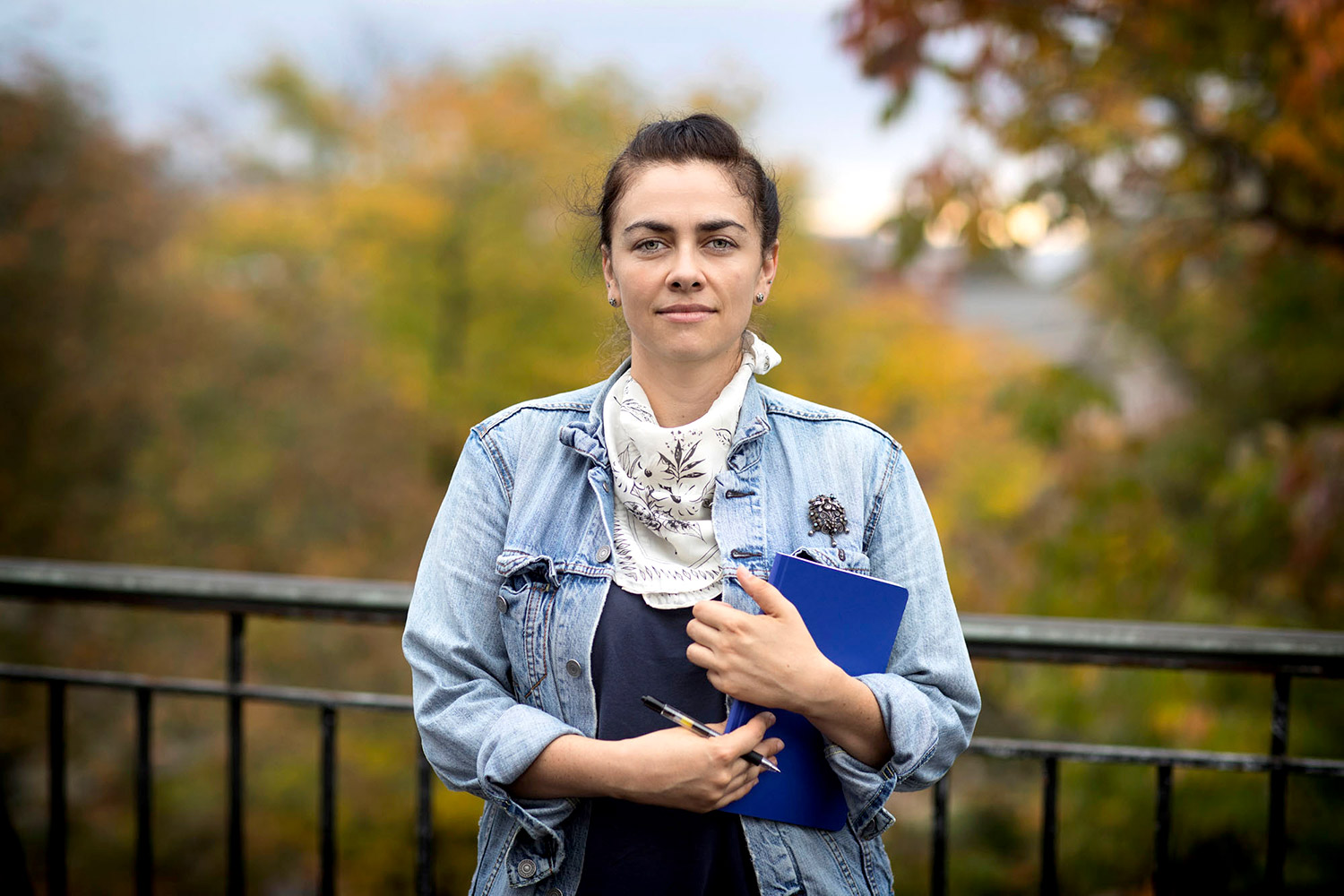 The mission was part of NASA’s Korea/U.S.-Air Quality Study, or KORUS-AQ. It involved nearly 600 researchers plus ships, planes and hundreds of monitoring sites on the ground.

“It will take a few years to understand the data, as we sampled a complex mixture of gases and particles in many distinct atmospheric layers, varying with altitude and across the peninsula,” Pusede said. “It’s an important project with implications for understanding complex atmospheric chemistry and mixing around the world.

“We flew over a complex patchwork of land cover, including cities, rice fields, forests, a range of terrains and the open sea. Each of these emits a unique set of molecules and particles into the atmosphere.”

Each flight lasted eight hours and covered thousands of miles. 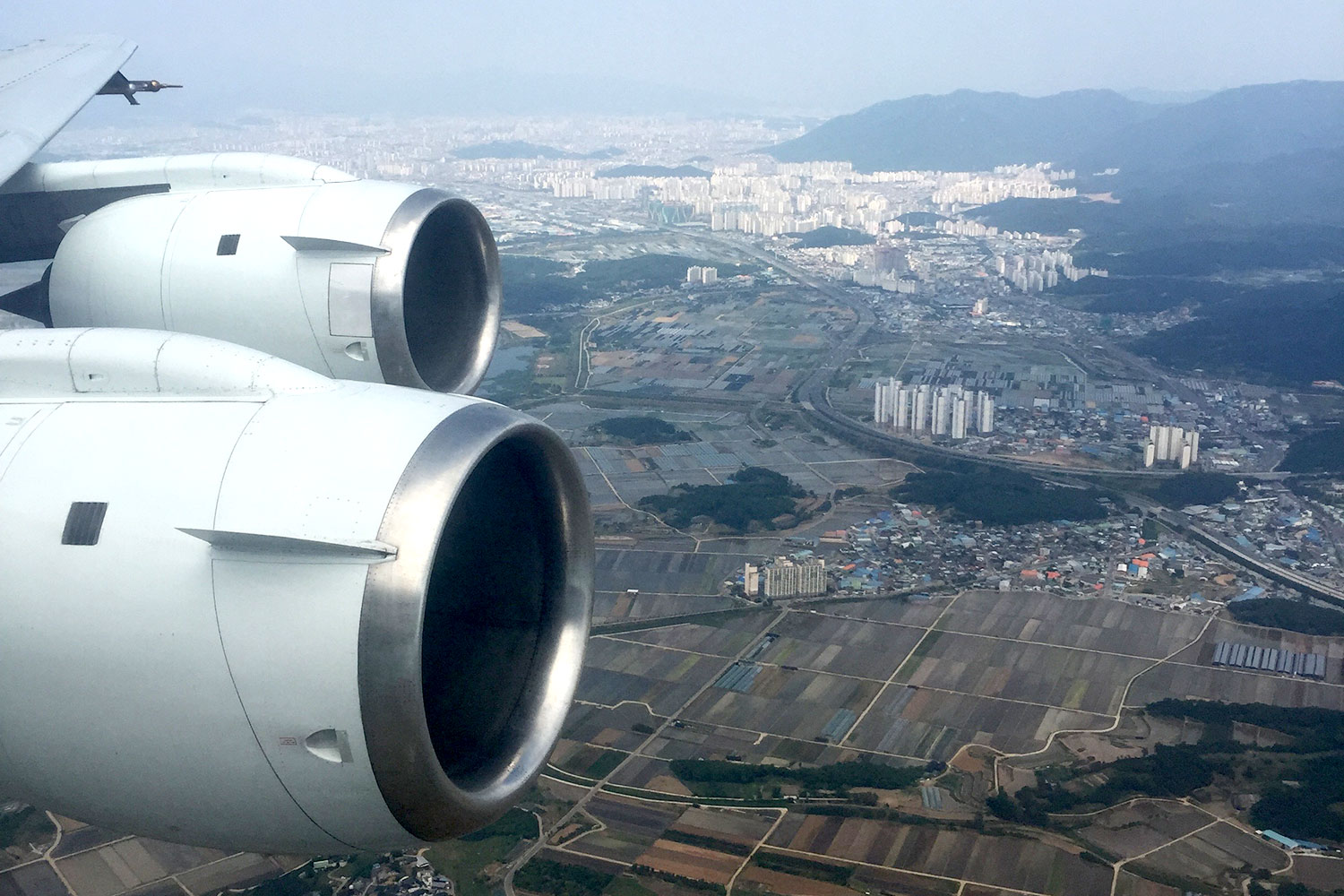 Pusede specializes in making and interpreting measurements of reactive and unreactive nitrogen oxides in the atmosphere. Such molecules occur both naturally and as a result of the burning of fuels and agriculture. Nitrous oxide, one of Pusede’s focuses, is a long-lived “greenhouse” gas that, once in the atmosphere, can remain for more than 100 years. It is considered an important contributor to the warming of the climate. Pusede is working to better understand how the activities of humans interact with the atmosphere on local, regional and global scales, trying to continually improve observations and mechanistic understanding.

Pusede came to UVA last year from NASA Langley Research Center, and maintains a close affiliation with the research center. But what drew her to UVA’s environmental sciences department is the interdisciplinary nature of the research conducted there.

“I get to work with ecologists, biologists, hydrologists, all in one department,” she said. “Collaborations with my new colleagues have already pushed my research in new exciting directions.”

In her short time at UVA, she also has taught classes on atmospheric chemistry and air pollution, and will teach a class in the spring on the Clean Air Act with her colleague, Vivian Thomson, a professor of environmental sciences and politics.

Pusede is currently working on developing a unique, low-power, open-path instrument for measuring nitrous oxide. She is working with NASA and has graduate and undergraduate students helping to build the instrument, which will be deployable in a few years after construction and testing. She plans to use it in a range of terrains, from agricultural fields to the Arctic.

Pusede is also building a compact sensing package for monitoring urban nitrogen emissions in cities around the world, and she is establishing a multi-year measurement record of reactive nitrogen deposition at the Virginia Forest Research Facility in Fluvanna County.

What’s Next for UVA’s Class of 2022? END_OF_DOCUMENT_TOKEN_TO_BE_REPLACED