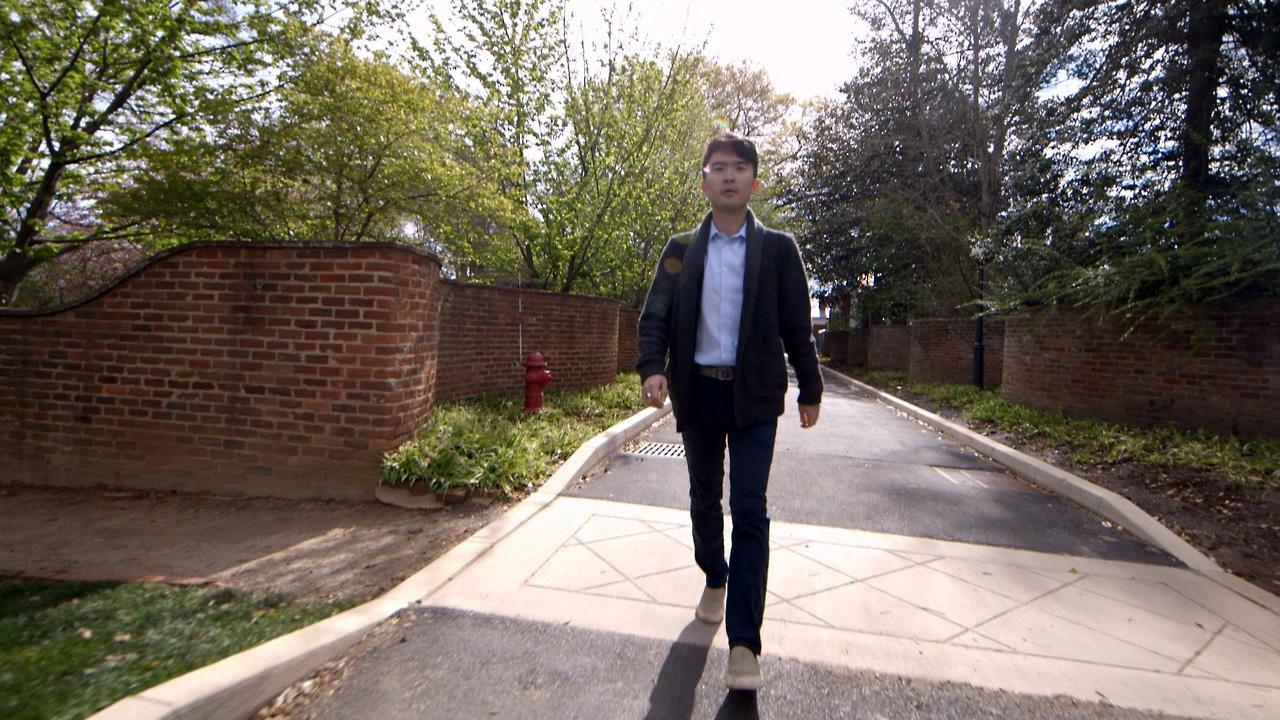 Ken Kong’s friends call him “Master Kong,” because he is beloved at the University of Virginia.

“‘Master’ in Chinese means the person who knows a lot of people and has a good reputation among people,” Kong said.

Kong is a connector of people and an elite scholar. In 2015, he earned his undergraduate degree in computer science and economics after just three years. He will walk the Lawn again Sunday to receive a master’s degree in data science.

He also encourages them to expand their comfort zones and experience all the University has to offer. Kong has modeled that belief, immersing himself in everything from Greek life – he founded UVA’s chapter of Alpha Sigma Phi fraternity – to membership on the Class of 2016 Trustees graduation planning committee.. He also served as a UVA Student Ambassador in Shanghai, touting the school to more than 400 high school students and parents interested in UVA.

Kong’s reach isn’t confined to Chinese students. He has friends from all walks of life.

Berke Tezcan is one of them. A native of Turkey who is graduating with a B.S. in civic and environmental engineering and a minor in global sustainability, he once considered transferring to another school. He said he decided to stay because he saw Kong thriving both socially and academically despite being so far from his own home in Nanjing, the capital of Jiangsu province.

After graduation, Kong will take a full-time position at Sila Solutions Group, a management and technology firm based in Rosslyn.

In the meantime, check out this UVA Today video profile of Kong and get inspired.