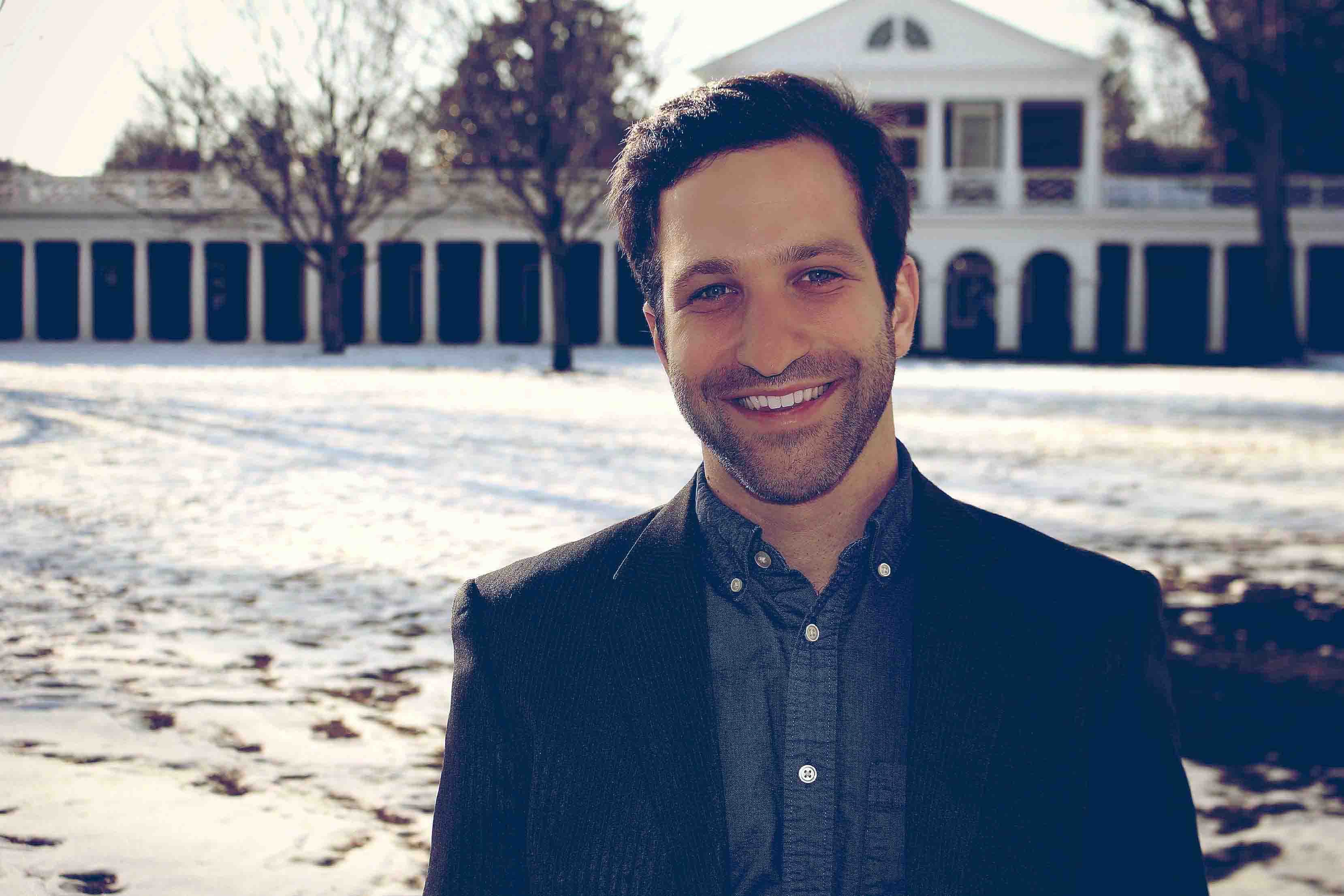 Michael Poznansky, a doctoral candidate in UVA&#039;s Woodrow Wilson Department of Politics, is finishing a fellowship at the Belfer Center for Science and International Affairs at Harvard University’s Kennedy School of Government. (Photo by Dan Addison)

In a year where it seems like every aspect of American politics is being watched and analyzed on the world stage, University of Virginia doctoral candidate Michael Poznansky is interested in the powerful political plays that are hidden beneath the surface.

“My dissertation explores a question that’s been pretty understudied in international relations until very recently,” Poznansky said. “I ask what makes leaders interested in overthrowing a hostile foreign regime, or propping up a friendly one, choose to pursue either of these objectives in secret, by which I primarily mean the use of covert action, or out in the open with overt military action.”

While preparing to defend his dissertation this spring in the University’s Woodrow Wilson Department of Politics, Poznansky is continuing his research into the use of covert action in international relations as a predoctoral research fellow at the Belfer Center for Science and International Affairs at Harvard University’s Kennedy School of Government.

Due to the availability of declassified documents from the Cold War era, Poznansky’s work focuses on actions undertaken by the United States during that period. It’s already generating a buzz among his fellow scholars.

In a recent article in International Studies Quarterly, Poznansky challenged the prevailing wisdom that “Democratic Peace Theory” cannot stand up to the fact that there have been covert operations conducted between democracies.

He set off a vigorous scholarly debate when he argued that if you look back through history, none of the regimes that were targeted for covert intervention by fellow democratic countries were expected to remain democratic in the future. In the ensuing discussion within the journal, Poznansky’s critics countered that his argument sought to exonerate the U.S. for controversial covert operations conducted during the Cold War.

“As good political scientists, our number one job is to be as analytical and as neutral as possible,” he said. “My chief goal was simply to explain what happened, to understand why the Nixon administration secretly helped overthrow Chilean President Salvador Allende in 1973. My aim was not to somehow justify the administration’s actions.”

Poznansky and his critics eventually agreed to disagree, but he values these kinds of exchanges for the way they often spark new ideas. As a teaching assistant and instructor, he encourages similar debates and discussion among students.

“I’ve heard on multiple occasions from my mentors – and I’ve come to believe this is true – that graduate students learn as much from one another as they do from the faculty. This lesson has carried over into how I approach teaching in the classroom,” Poznansky said. “It’s about creating opportunities for students to learn as much from one another, if not more, than they do from any given instructor.”

“In his teaching, Mike combines a thorough command of the material, rigor, care for the students, and administrative competence,” said John Owen, Taylor Professor of Politics and Poznansky’s academic adviser. “He likes students and cares for them, and for a good teacher, caring for students means doing all you can to make sure they grasp the concepts. His students praise him because he makes the study of international politics exciting and because they know he is concerned about them.”

This fall, Poznansky will take his skills to the University of Pittsburgh, where he will begin a tenure-track position as an assistant professor in the Graduate School of Public and International Affairs.

“The median student in my new job is a professional master’s student largely looking to enter governmental positions, both in the intelligence community and elsewhere in the policy space,” he said. “I have the great fortune of working alongside a retired CIA operations officer and senior manager. As a political scientist, my goal will be to help students think a bit more abstractly and analytically about some of the very real issues they’ll likely confront in their new jobs.”

He’ll also continue his research on covert action, with plans to explore the impact of the information age on secrecy. He questions whether many of the Cold War-era covert operations he studied would even be feasible now.

“There are these quirky modern examples of participants in a covert operation unwittingly compromising the plausible deniability of the sponsor,” he said. “A Russian soldier inadvertently geo-located himself in the Ukraine by posting a ‘selfie’ to Instagram, and there was the Pakistani IT consultant who allegedly live-tweeted the Osama bin Laden raid in real-time without actually knowing what he was tweeting.”

As he looks ahead to his position and expanding his research, Poznansky believes the environment at UVA has uniquely prepared him for a career in academia and a life of continuing inquiry.

“UVA has a really special aura about it. It very much smacks of the ideal place for someone to engage in academic scholarship and teaching,” Poznansky said. “It’s a vibrant intellectual community and it’s been really rewarding to be a part of it.”