Class of 2016: Scholarship and Support Amid Trying Times 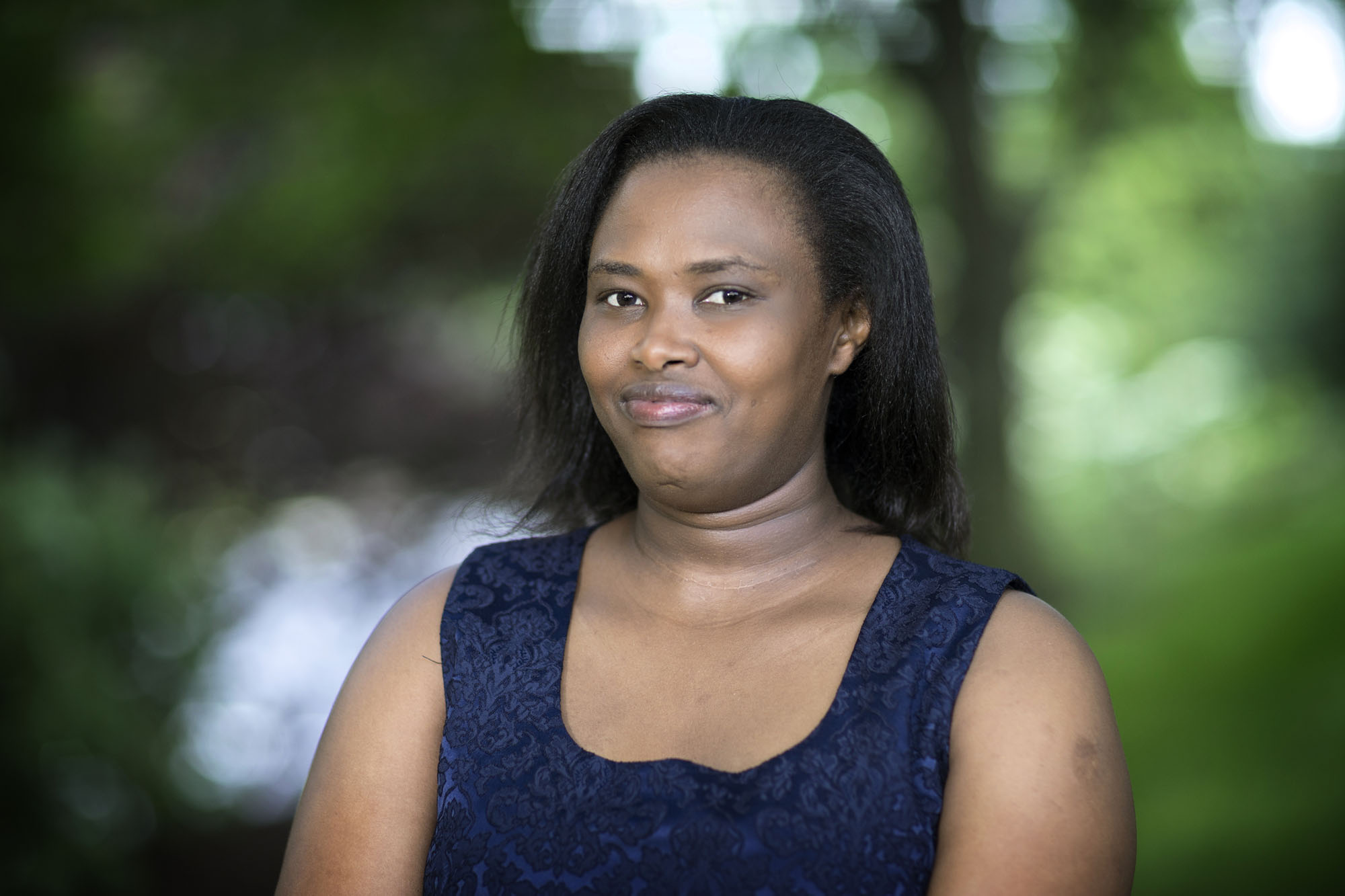 Pamela Kimeto has worked through her share of professional difficulties.

As a young nursing student in Kenya, her first clinical rotation at a rural hospital revealed the devastation and death wrought by HIV and AIDS. She witnessed infants perishing from preventable illnesses like malaria, diarrhea and pneumonia. After becoming a pediatric nurse practitioner at the University of Eastern Africa, Baraton, she even cared for abandoned children who’d taken up residence in the hospital where she worked as a clinical instructor.

“I cried a lot,” Kimeto recalled, but always knew “that I had a lot of support,” particularly from instructors and peers.

But little in her playbook prepared her for her early days in Charlottesville. Arriving in the U.S. to begin UVA's doctoral nursing program as a Fulbright Scholar in 2011, she discovered she was pregnant and more than 7,500 miles from her new husband, Elvis. Kimeto’s first day of class coincided with Virginia’s 5.8-magnitude earthquake. Carless, she couldn't make her way around town.

And then there was the morning sickness.

“Life began that way here,” she said. “My husband isn’t here with me, I’m starting to vomit, I don’t know where to buy food, or even where anything is. But I realized soon that I had really good support from people who were willing to go miles for me.”

In the short term, Kimeto’s adviser, nursing professor Kathryn Laughon, connected her with graduate student housing and prenatal care. Fellow nursing classmates took her on regular shopping trips. Laughon and Associate Dean for Nursing Research Linda Bullock kept a close eye on Kimeto throughout her pregnancy, quickly absorbing her into the warmth of UVA’s nursing community, where she began taking on growing roles as a teacher, researcher, advisee and mentor.

And that, Kimeto said, has made all the difference.

"They always went the extra mile,” said Kimeto, who received pots, pans, glassware and even her first TV from Assistant Dean of Students Theresa Carroll. She was also given a flexible class and teaching schedule when child care got tough, and her husband received employment help once he arrived later that year.

“They weren’t only my professors – they made sure we were comfortable, and that we had what we needed, nudged me to keep moving forward while at the same time acknowledging my struggles as a mother and an international student.”

The support cleared the way for Kimeto’s teaching and scholarship, too, and she began to delve into research examining the physical effects that intimate partner violence has on infants and small children, even as her first son, Tian, was born in March 2012.

While there’s a clear link between domestic abuse and babies’ blunted cognitive and emotional development, Kimeto found that American infants whose mothers are exposed to violence during pregnancy and after birth tend to be on the upper range of normal to overweight. 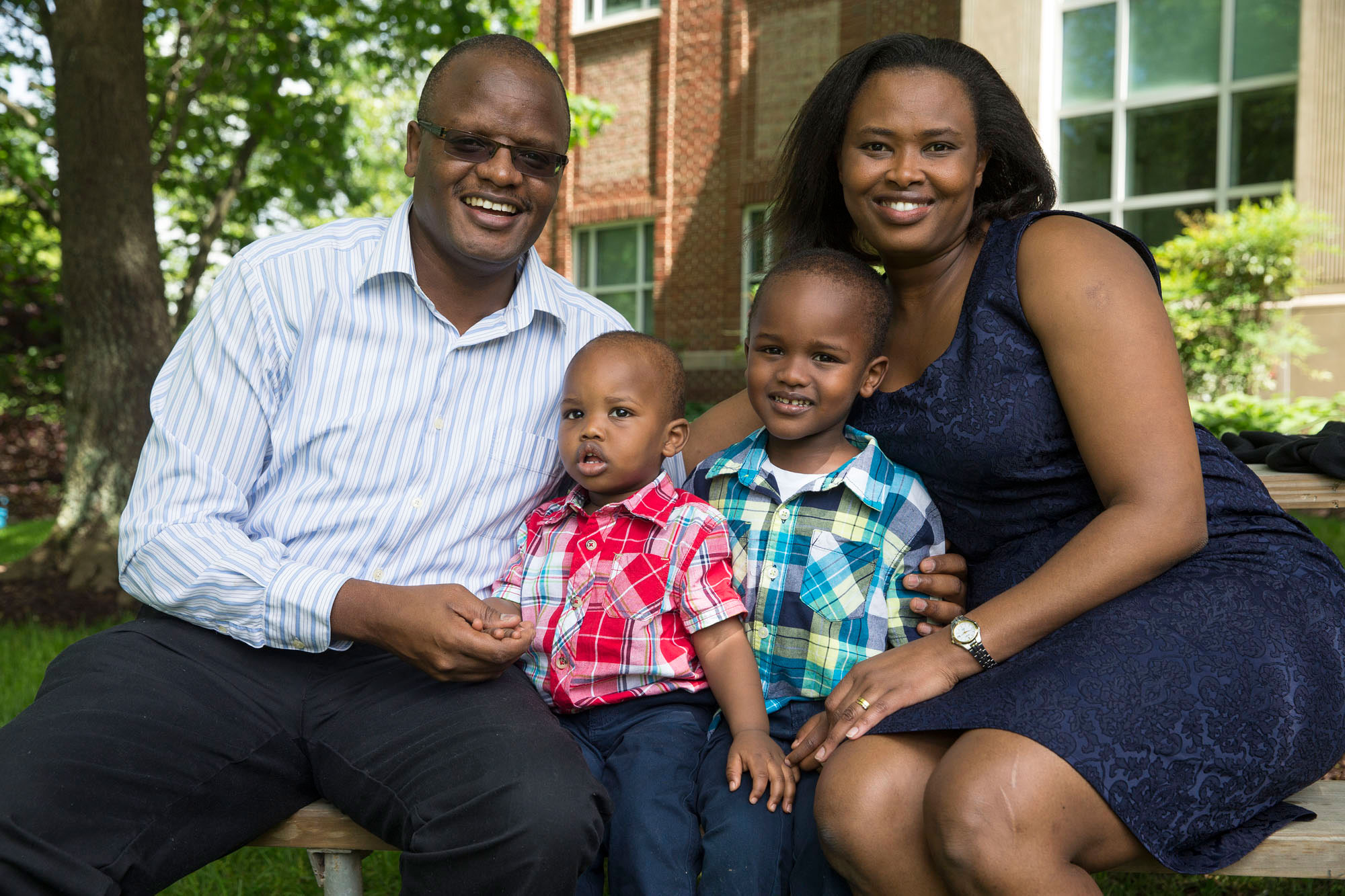 “For those women who are depressed, whether during pregnancy or after, their children are bigger than those who are not exposed to depression and stress,” said Kimeto, who noted that the effect is the opposite in developing countries, where babies exposed to depression in utero or after birth tend to be malnourished, underweight and physically stunted.

Today, post-dissertation and defense, as she readies for graduation on Sunday and the return to Kenya with her family – which now includes Tian, 4, and Kiprop, 1, as well as husband Elvis – Kimeto is ready to pay it forward in her new role as a professor of nursing at the University of Eastern Africa, Baraton, returning to the site of her earliest days in nursing.

“UVA gave me all I could’ve wanted in a Ph.D. program, and more than that, they gave me the human touch,” she said. “My professors were interested in my growth as a student and personally – me – which really played a big role in keeping me grounded and pushing me forward, walking me through the academic process and going the extra mile to ensure I had everything I needed to achieve my academic dreams.”