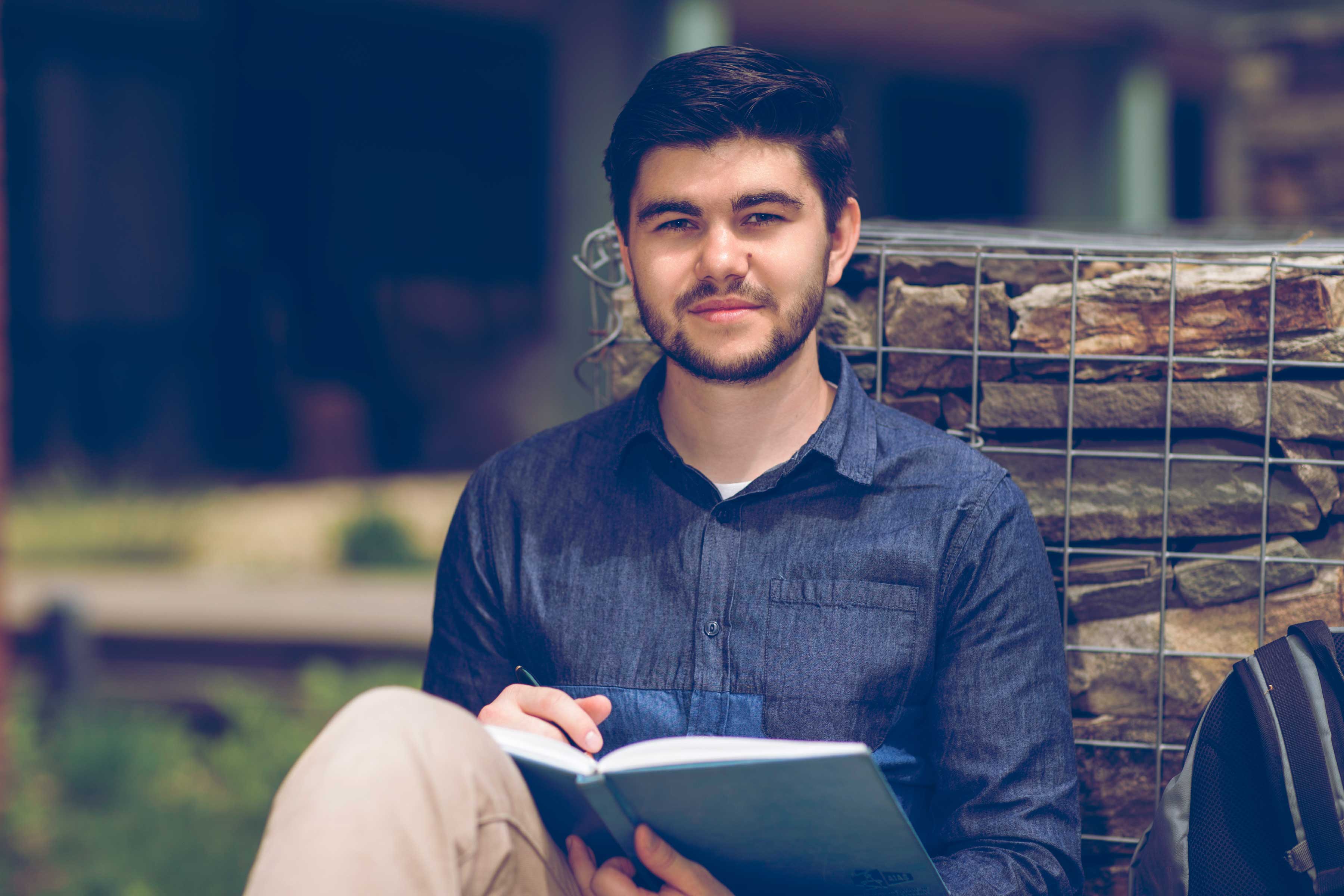 Fourth-year student Artem Demchenko has spent much of his time at the University of Virginia volunteering in local public housing communities, helping residents create gardens similar to those he remembers from his home in Ukraine.

Demchenko, who is studying architecture and global sustainability, co-founded the Growing for Change project with public health graduate student Shantell Bingham. Using funding from a Dalai Lama Fellowship awarded to only 19 students worldwide, Demchenko and Bingham paired student volunteers with about 20 families in Westhaven, a public housing community near UVA. Student-resident teams met throughout the year to co-design customized box gardens for the residents’ homes, installing the final gardens last weekend.

“Co-design is really just giving agency to people,” Demchenko said. “The design process was very personal, because residents could say what they wanted the garden to look like, become an active collaborator in the process and know what they are going to receive and that it will fit their needs.”

Demchenko firmly believes in the importance of residential gardens, in part because he grew up helping his mother and grandparents garden in Sumy, a large city in northeastern Ukraine.

“It was a cultural thing to have a garden around the house and live off the land,” he said. “When I came here, I was surprised more people don’t do that.”

That was not the only change that Demchenko faced as, at 15, he moved with his mother to his new stepfather’s home on Virginia’s rural Eastern Shore. He enrolled at a local private school knowing little English and struggled to find friends among students who had known one another since kindergarten.

“I felt like an outsider, coming to the school and also coming from a different country,” Demchenko said. “When I wouldn’t understand something, I would just write it down on my hand and go back home and look it up in the dictionary. That was my way of learning things.”

Within a year, Demchenko’s English improved from a basic grasp to near fluency. He found a strong sense of community in local soccer leagues, happily discovering that the sport he loved transcended national boundaries. He also transferred from private to public school for financial and social reasons – and to play for the school’s soccer team.

“I felt like that was my comfortable spot, because in the public school there was a mix of different people of different races and backgrounds,” Demchenko said.

Demchenko was the only student from his high school accepted to UVA, earning the Bayly-Tiffany Scholarship for residents of Accomack or Northampton counties. He loved the historical architecture of Jefferson’s Academical Village and he knew the School of Architecture could help him pursue a passion that he had first discovered during three years of drawing classes in Ukraine.

“That was something that felt very natural to me,” he said. “There were really cool historical buildings in my city, old churches and cathedrals with really intricate baroque-style details.”

At UVA, Demchenko joined the National Organization of Minority Architects, served as president of UVA’s chapter of the American Institute of Architecture Students and held leadership positions in EcoReps, an organization focused on improving sustainability in the School of Architecture. The first two organizations gave Demchenko ample opportunities to travel, and he ventured to Chicago, Philadelphia, Indianapolis, San Francisco, New Orleans and other cities for conferences and design competitions. This year, Demchenko and his UVA teammates earned a top-five finish in NOMAS’ national design competition.

“That was super exciting, because we have a very small group and they just started NOMAS six years ago at UVA, two years before I came here,” he said.

Demchenko co-founded Growing for Change during his third year, after meeting Bingham while volunteering with the Madison House-based refugee mentoring program Bridging the Gap, which Bingham directed. They applied for funding through the Dalai Lama Fellowship, attended the fellowship’s leadership training program and began the project determined to help families grow their own high-quality, inexpensive produce, similar to the lifestyle that Demchenko remembers in Ukraine.

“The food just tasted better. The vegetables were all very rich,” Demchenko said. “Learning more about the prices of organic food and why people cannot afford that was a big injustice that I felt like could be solved by basically providing gardens.”

Demchenko forged partnerships with several professors in the Architecture School, recruiting volunteers and pairing Growing for Change’s mission with existing class projects. He also used the project as the basis for his capstone thesis exploring best practices for community-focused design.

“Artem’s commitment to things beyond himself, his interest in community engagement and his willingness to take on a project that is both research and service simultaneously really set him apart,” said Phoebe Crisman, an associate professor of architecture and director of the Global Sustainability major. She serves as Demchenko’s adviser and as the faculty adviser for Growing for Change.

So far, the vast majority of residents’ feedback has been positive and residents who had been skeptical in the beginning are now more interested in the project, Demchenko said. Student interest in Growing for Change also grew exponentially throughout the year, enabling Bingham and Demchenko to assemble an executive board of 10 underclass students to continue the project when they graduate in May.

“So often, you work on these incredible projects with students, then they graduate and the projects end,” Crisman said. “Artem and Shantell have been incredibly thoughtful about empowering the next generation of students to take this on.”

After graduation, Demchenko hopes to continue his focus on community-centered design, leveraging experience from two summer internships as he applies for full-time architecture positions. He is also hoping to earn U.S. citizenship, which he will be eligible for in September.

“My interest is in user-centered design, not just designing for a wealthy developer but interacting with people who are going to use the space,” he said. “Now I feel like I am confident in what kind of field I want to go into, which helps a lot with figuring out what is going to happen next.”