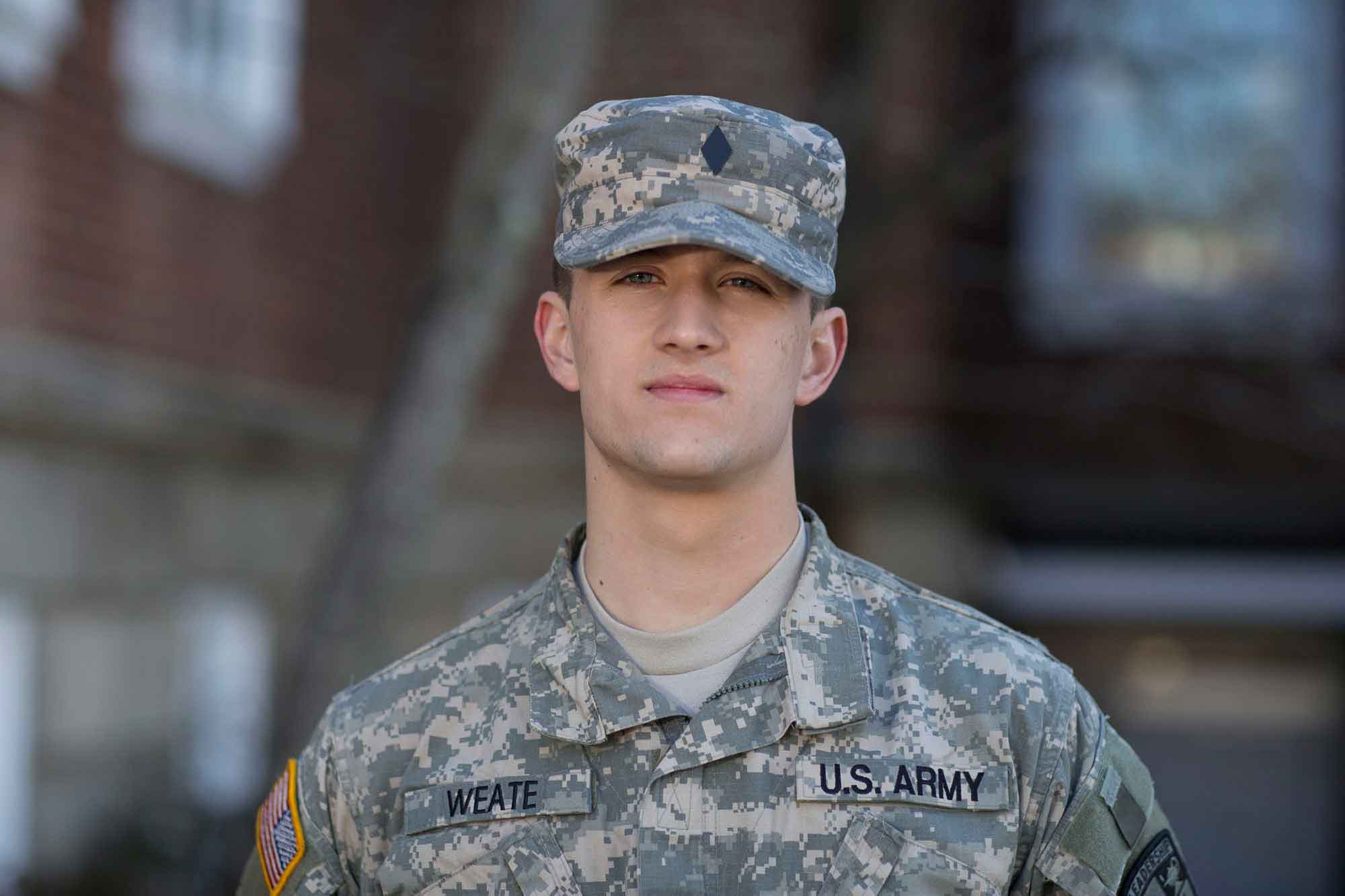 Battlefields are changing. Joseph Weate will fight on one in cyberspace.

A fourth-year computer engineering major and a United States Army ROTC cadet, Weate is the first from the University of Virginia to be accepted into the U.S. Army’s Cyber Command.

In 2012, the Joint Staff, a Pentagon-based headquarters staff, and U.S. Cyber Command, part of the U.S. Strategic Command, directed the armed forces to collectively build a Cyber Mission Force of 133 teams, with four Joint Force Headquarters that are expected to be operational this fall.

In modern times, cyber networks have become war-fighting platforms and a means of expanding the impact of military force for commanders who can maintain the freedom to operate in cyberspace and accomplish their missions. The cyber teams will defend “friendly” cyberspace and its data, networks and capabilities, and extend U.S. military power into “hostile” cyberspace.

Weate said that U.S. Army Cyber Command has different installations, some of which work on defense and others with offensive capabilities.

“If there is an incursion into our system, we can try to get them out, find out who they are, and/or follow them back to their system and cause problems there,” he said.

He said cyber attacks pose many hazards, including disabling medical devices such as pacemakers and insulin pumps, or shutting down public systems such as traffic lights.

“There are all ranges of attacks, on both the military and civilian side,” he said. “The defending side is very active.”

Weate is part of the first class of ROTC cadets to apply for the program. Of the 140 cadets who applied for U.S. Army Cyber Command posts from throughout the Army ROTC program, only 15 were chosen.

“There was a lot of competition for those slots,” he said. “I was very delighted to be selected.”

“He is not only very intelligent, but he is a good communicator,” Houston said. “He’s calm and collected and thinks like an engineer.”

This year, Weate was the training officer, third-highest rank in UVA’s Army ROTC unit, in charge of planning.]

“There has to be a plan in place for everything – training, drills, events,” Houston said. “He is responsible for all the plans.”

As a cadet, Weate assumed he would be in the infantry, where his father built a 28-year Army career before retiring recently as a colonel.

“I went into ROTC because of him,” Weate said.

He was looking at potential Army careers in infantry and military intelligence, and was seeking a third selection when his commanding officer told him about the cyber branch, which fit well with his engineering background.

Weate, from Nokesville, entered into engineering because he was “good at math,” and while he did some computer work in high school, he was unsure of what type of engineering he would pursue. Then he took a computer engineering course, “Science of Information,” from professor Michael Reed, a class that gave him problems and the time to solve them.

“At the end of the day, it was very satisfying,” Weate said, explaining that computer science works with software, electrical engineering deals with the hardware that carries the software, and computer engineering merges the two disciplines.

He enjoys computer engineering because he can “create whatever you want in the virtual world,” he said. “The more creativity you bring, the more you can do. It’s work, but it’s fun.”

Weate is nothing if not creative. He entered the UVA Entrepreneurship Cup competition in his first two years at the University with ideas such as a desalinating water bottle and a mobile telephone application that broke educational applications into short segments for commuters. He entered again in his fourth year as part of a team with Curry School of Education students Charles Harding and Leandi Venter with “KidsCode,” an electronic/smart board game that teaches kids computer science. They received a monetary  award in the Social Entrepreneurship category.

KidsCode “can be used as a tool to teach strategy and tactics,” Weate said, adding the team has received feedback from teachers who see multiple classroom applications for the game.

Houston views Weate, with his wide range of interests and skills, as a role model.

“He is really enthusiastic and a good mentor for the younger cadets,” he said.