Class of 2017: Economics Scholar Has a ‘Nobel Legacy’ in Physics 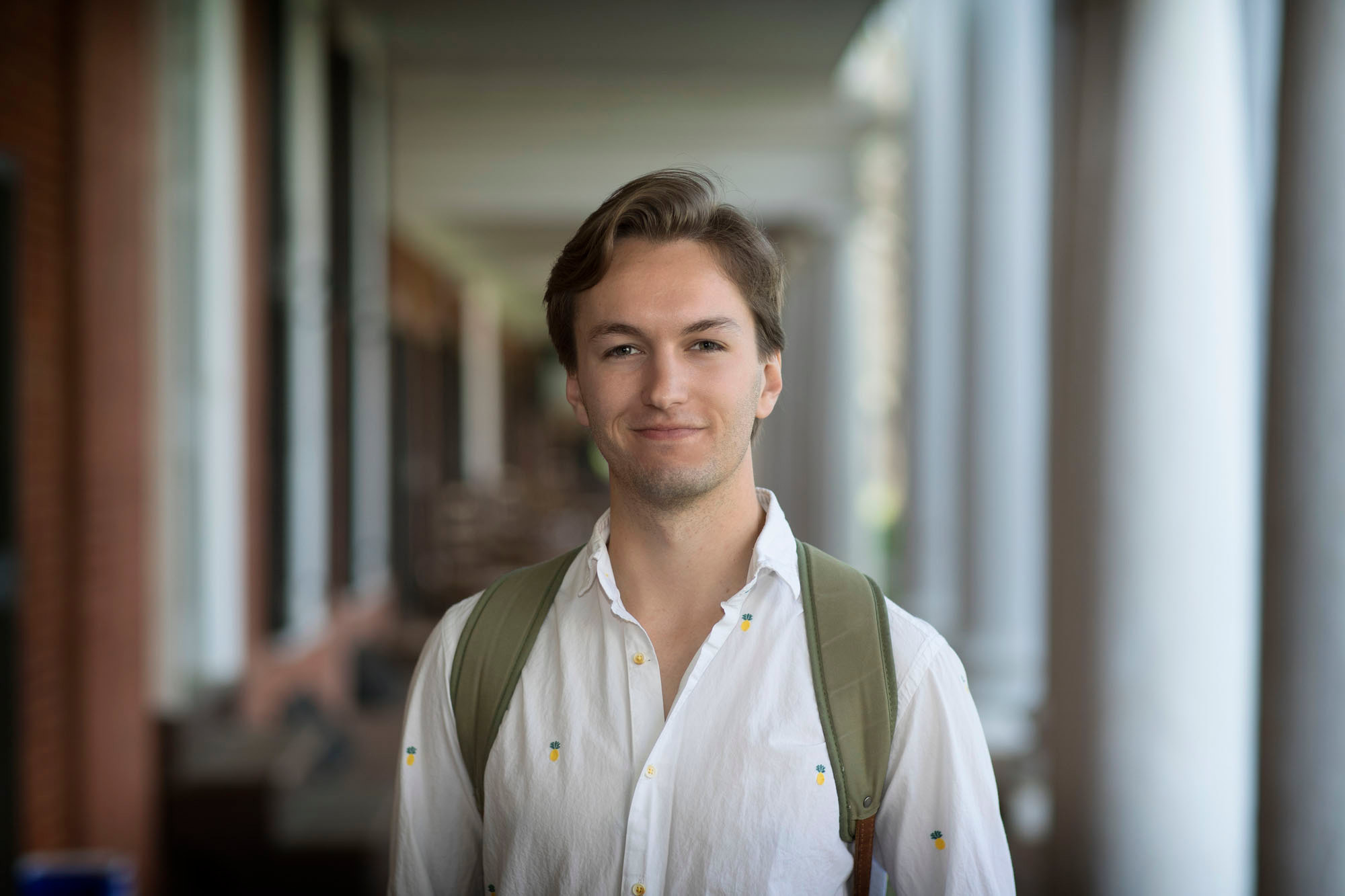 For a while, it seemed like fourth-year Clement Bohr was headed for the family business. The descendant of Nobel Prize winners and noted physicists Niels and Aage Bohr, the young Bohr started out following in the academic footsteps of his great-grandfather and great uncle but soon found a new passion at the University of Virginia.

At the beginning of his third-year, Bohr decided to change his major from physics to economics, and began working tirelessly on a path that would allow him to one day earn a Ph.D. in the subject.

“I realized that I didn’t like physics that much after all, and the one part I did really like – general relativity – is similar in some ways to my favorite part of economics,” said Bohr. “Essentially, general relativity describes how the whole universe works. It looks at the bigger picture, and that’s what you do in macroeconomics. I like subdivisions of macroeconomics that allow you to create models and try to figure out how everything works together.”

Bohr plans to continue looking at the bigger picture after graduation. He’s recently been accepted as a doctoral student in economics at Northwestern University and is interested in studying international trade and the theories behind large-scale economic forces.

“I don’t know what I want to do yet but one thing that’s really nice about a Ph.D. in economics is that it does have a lot of different career paths,” he said. “I think it would be fun to work at the World Bank or the International Monetary Fund. But the eventual hope is to get a top-notch academic appointment.”

The global focus is fitting for a student who has roots on both sides of the Atlantic. Like his famous relatives, Bohr is originally from Denmark but his mother is American so he grew up as a part of both cultures, and chose to attend high school in the United States.

Once at UVA, Bohr expanded on his bilingual upbringing by pursuing a minor in French. He’s also been busy with a variety of volunteer activities throughout his time on Grounds. Bohr has served the Charlottesville community as a Madison House youth soccer coach, helped care for dogs at the Charlottesville-Albemarle SPCA and raised money for cancer research as the philanthropy chair of his fraternity, Phi Gamma Delta.

Additionally, Bohr has been a member of the Echols Council throughout his four years and represented his fellow Echols Scholars as president of the council this year.

“As well as being smart and working hard, I have noticed two qualities that have allowed Clement to excel as a student at UVA,” said economics Professor John Pepper, who chairs the department. “First, he is a very creative and deep thinker who goes far beyond the blackboard to carefully consider and study the content, meaning and implications of the ideas developed in class. Second, Clement takes risks and seeks out challenging courses, even if that means struggling to learn the material. He is not worried about getting an A.”

After carefully plotting a path towards an advanced degree in physics for his first two years at UVA, Bohr certainly took a risk in changing to a distinguished majors path in economics for his third and fourth year. It was a lot of work but he believes a willingness to try new things serves students well and advises future ’Hoos to be willing to take chances.

“There are so many incredible types of classes you can take here,” he said. “Just cast a really wide net and don’t worry about your GPA.”

On top of a busy schedule of extracurricular activities and a taste for adventure in academics, Bohr adds that it’s important for students to remember to savor those special, quiet moments at UVA when they come along.

“One of my favorite nights of the year is Lighting Of The Lawn,” he said. “But what I love even more are the serene nights on the Lawn that follow. At that time of year, when I’m walking back from a late class or from studying for exams, I always go out of my way to walk across the middle of the Lawn. It is really beautiful to be walking up the quiet grass in the dark while having the Rotunda and the pavilions outlined by Christmas lights.”

Monkeypox Is Spreading, But University’s Risk Believed To Be Low END_OF_DOCUMENT_TOKEN_TO_BE_REPLACED

This Alum Is Living His Best Life on the Road, One State at a Time END_OF_DOCUMENT_TOKEN_TO_BE_REPLACED

These Giant Wind Turbines, Inspired by Palm Trees, May Be the Future of Renewable Energy END_OF_DOCUMENT_TOKEN_TO_BE_REPLACED