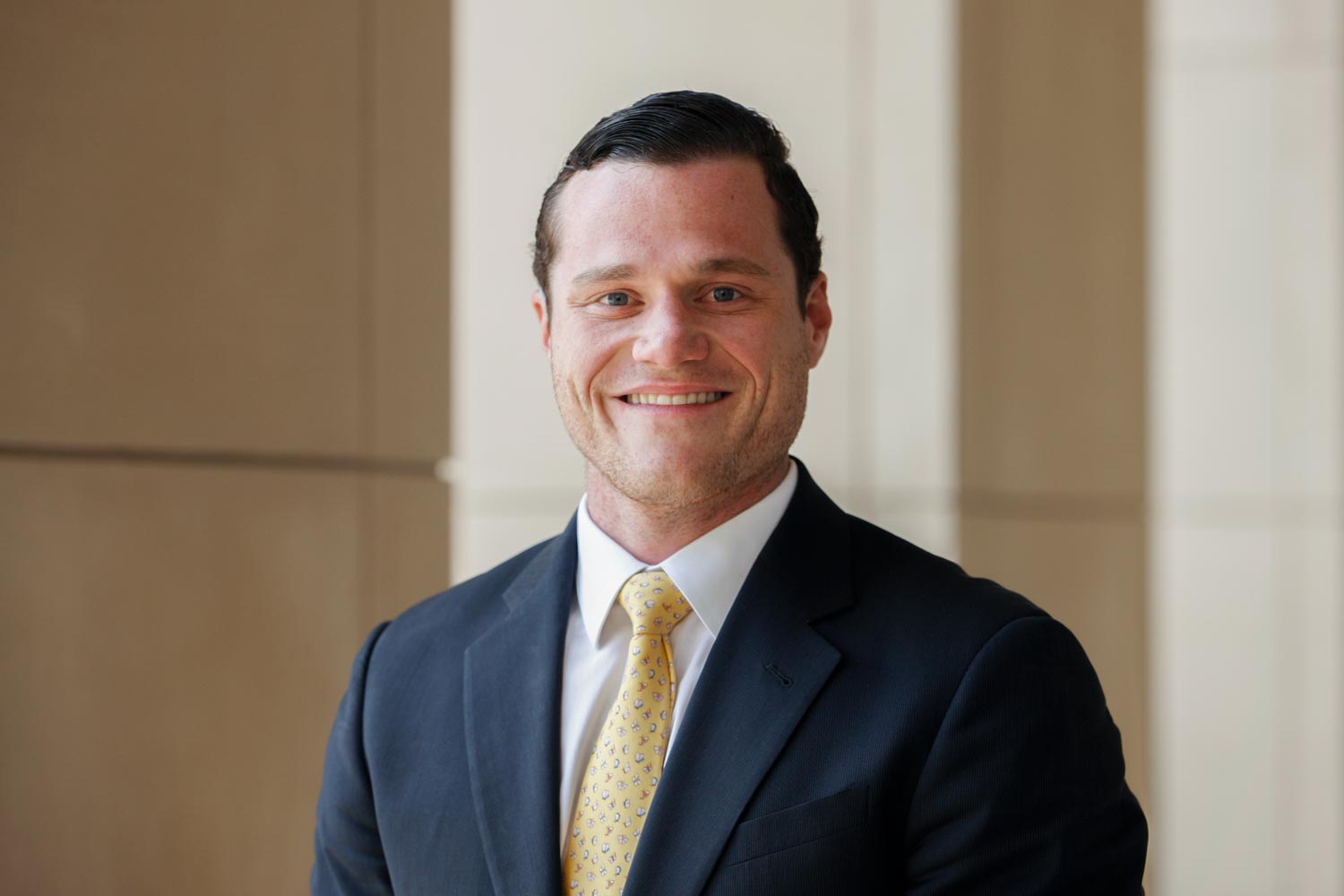 Campbell Sode was born deaf, but has not let that limit him. He was a Division I lacrosse player at Rutgers, and is poised to become one of only a small number of deaf lawyers in America. (Photo courtesy UVA School of Law)

When Campbell Sode was a baby, he couldn’t hear his parents cooing over him. The sounds that adults make through baby talk – essentially the building blocks of language – were lost on him, because he was born deaf.

But through sign language, Sode began to understand the concepts that informed distinctions in the world.

The gestures and facial expressions used in signing, and their analogs to English, enabled him to develop as a reader, writer and thinker. The silent language formed a bridge – and he ran across it.

Sode, a member of the Class of 2018 at the University of Virginia School of Law, will graduate May 20 as an accomplished legal writer and researcher.

“This early exposure to sign language gave me the linguistic development I needed in order to seamlessly pick up English, and I certainly wouldn’t have made it to law school otherwise,” he said.

At age 10, he received a cochlear implant. The inner-ear enhancement allowed him to hear for the first time. With the device, and a focus on his speaking skills, Sode has fully integrated into the Law School environment. The only adaptive device he has needed in the classroom is his laptop, for taking notes. (Some law professors ban them, but Sode is exempted so he can keep his eyes focused on the professor.)

Sode has already done much to distinguish himself through the language of the law.

As a summer associate last year, he helped the law firm he’ll soon be joining full-time, Winston & Strawn, win a settlement for its client, Beef Products Inc., in the infamously dubbed “pink slime” case. That was when “thinking like a lawyer,” as he was trained to do in his first year at UVA Law, really paid off, he said.

The South Dakota-based Beef Products had sued over a “ABC World News” report that its “lean finely textured beef” product wasn’t fit for consumption. Three weeks into a jury trial with The Walt Disney Co., which owns ABC and its news division, the firm’s client received an out-of-court settlement for what is believed to have been a sum in excess of $177 million.

“I had the opportunity to work on the biggest case of the summer,” Sode said. “For Beef Products, I researched and outlined the relevant case law and arguments for pretrial hearings on whether the court could sustain our client’s request for treble damages.”

A “treble” award to a plaintiff triples actual damages to account for the seriousness of a violation. Disney was looking at a potential defamation payout in the billions if the court allowed the widened parameters, Sode said, which it did allow.

“The opposing counsel had filed a motion to strike our request for treble damages on grounds that the relevant South Dakota statute was unconstitutional, but we ultimately prevailed and preserved access to those damages if the jury deemed them appropriate,” he said.

The reasons Disney chose to settle may never be disclosed, but the threat of such a huge loss to its bottom line no doubt played a part.

Civil procedure, on which the case was won, holds a special interest for Sode.

“The trial options for your client are so important to receiving a fair outcome,” he said.

He took “Civil Procedure” with professor Caleb Nelson in his first year and “Advanced Civil Procedure” with professor A. Benjamin Spencer in the fall. He praised them both for their expert instruction. (Chief Justice of the U.S. Supreme Court John Roberts recently appointed Spencer to the Advisory Committee on Civil Rules of the U.S. Judicial Conference.)

Sode interned in the summer after his first year with the Department of Justice, which gave him a chance to explore the criminal side of law. Working under the supervision of lawyers at the U.S. Attorney’s Office for the District of Columbia, Appellate Division, he wrote two successful motions for summary affirmance, both of which were granted on the merits.

During his time at UVA, Sode has been a line editor on the Virginia Journal of International Law and a peer adviser, passing along what he has learned to newer students.

He said he also refined his public speaking skills, through courses such as the “Hallmarks of Distinguished Advocacy” and “Advanced Verbal Persuasion,” both taught by professor Molly Bishop Shadel.

The former Rutgers University lacrosse player and Academic All-American, who played in 35 games and was known among his teammates as “The Brain,” has brought an athlete’s sense of discipline to the Law School classroom. He graduated first in his class at Rutgers, earning a 4.0 grade-point average and a bachelor’s degree in labor studies and history. His senior thesis also won the school’s top prize from the history department.

Even though he no longer plays intercollegiate sports, Sode remains an active athlete. He said he has enjoyed participating in the North Grounds Softball League and Barristers United, the Law School’s soccer club.

After graduation, he will practice general commercial litigation and do intellectual property work, most likely with an emphasis on matters before the International Trade Commission.

He will also be among a relative handful of deaf or hard-of-hearing lawyers (perhaps as few as 250, according to one recent report) who practice in the United States.

Cordel Faulk, assistant dean and chief admissions officer, reflected on Sode’s professional growth from the context of the friendship they’ve developed over the past three years.

“Having Campbell here was an honor for a number of reasons,” he said, “but watching him break barriers with grace, humor and joy was personally meaningful.”

How a Single Email Changed a Life END_OF_DOCUMENT_TOKEN_TO_BE_REPLACED

Fall Is in the Air on Grounds END_OF_DOCUMENT_TOKEN_TO_BE_REPLACED

At UVA, There Is a Club for Everyone END_OF_DOCUMENT_TOKEN_TO_BE_REPLACED