Class of 2018: Charlotte Robertson Earned an MBA While Feeding the Vegas Strip 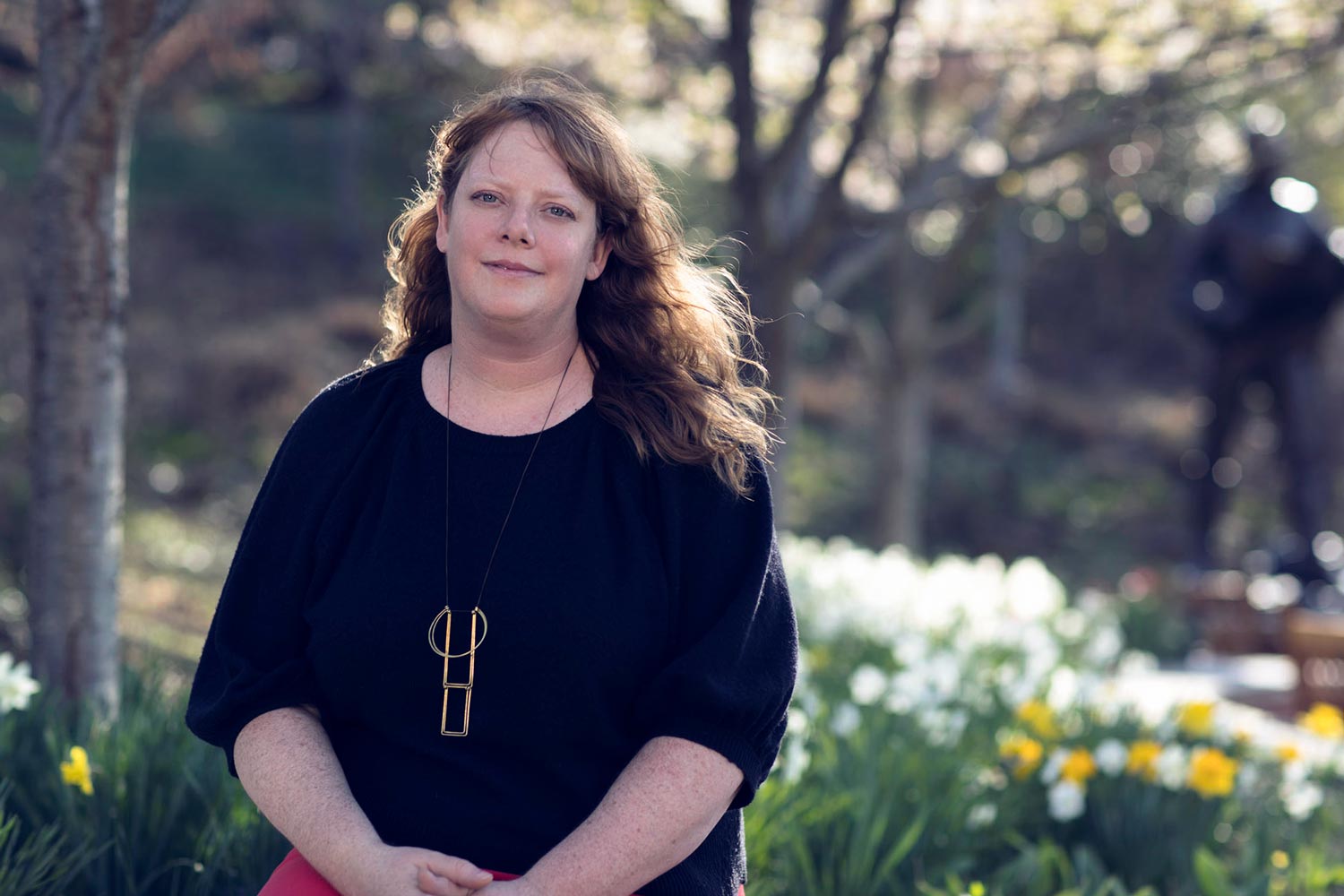 A college job at Charlottesville’s acclaimed C&amp;O Restaurant led Charlotte Robertson to a career in hospitality – and an MBA from the Darden School of Business.

Like many of her peers, Charlotte Robertson began working in restaurants to help pay her way through the University of Virginia as an undergraduate student. Unlike those who dabbled, Robertson, working at Charlottesville’s iconic C&O, fell in love with the industry, devoting her career to service and hospitality in what has been a series of high-volume, internationally renowned venues.

Now director of restaurants for José Andrés’ ThinkFoodGroup in Las Vegas, Robertson runs three busy restaurants at the flashy Cosmopolitan Hotel on the Las Vegas Strip – Jaleo, China Poblano and e’ – where she’s responsible for everything from income and operations to marketing to personnel development. Robertson also has a hand in other aspects of Andrés’ sprawling restaurant empire.

It’s been an unexpected, often difficult and frequently rewarding journey.

“I never saw it as my primary career, but when I was at C&O, I worked with people who were passionate about the industry,” said Robertson, who will graduate May 20 from the Executive MBA program at the University of Virginia’s Darden School of Business. “I wanted to give back to my fellow staff members and support them, so I became a manager.”

After moving on from the Charlottesville dining scene, Robertson moved to Washington, D.C., and began working with ThinkFoodGroup. In addition to being one of the world’s most famous chefs, Andrés has become well-known for his humanitarian work in underserved communities and natural disaster areas like Haiti and Puerto Rico.

“I fell in love with José Andrés and his restaurant empire because he had a similar culture to the C&O, where it was really about teamwork, about passion and pride,” said Robertson, who moved from Washington to Las Vegas to lead Andrés’ expanding stable of restaurants.

Although running restaurants on the Strip can be a uniquely harried experience, Robertson said a mission-driven culture is able to sustain through the chaos.

“I think that we’ve been able to establish a family culture in which we care about the growth of employees, and not at the detriment of the business,” she said. “Having a leader like José allows me to be passionate at all times about that people aspect of the business because I know my home office is always going to support keeping that culture alive.”

After an initial stint in Las Vegas, Robertson left ThinkFoodGroup to help open a high-profile restaurant by a celebrity chef in Austin. The restaurant opened with pomp and packed tables, then took a dramatic dive following the chef’s arrest on domestic violence charges.

It was a crash course in leading through crisis, and Robertson found herself asking if she was where she wanted to be in life, both geographically and professionally.

“It really affected the people at the restaurant, and it made me ask, ‘What could I have done differently?’” Robertson said. “I wanted to refocus on my career, so I decided business school would be a really good opportunity.”

Robertson came back to UVA for an MBA, and returned to ThinkFoodGroup in an expanded role.

A member of the first-ever Rosslyn-based cohort of the Executive MBA program, Robertson said juggling the academic workload with the intensity and odd hours of the restaurant world initially seemed incompatible, but the high-pressure environments ultimately complemented each other.

“At first, it was so intense I had some serious doubts that I would be able to do this, but it ended up being so beneficial on both sides,” Robertson said. “I don’t think I could have learned the material as well if I hadn’t had such an intense job, and I don’t think I would have been as good at my job if I hadn’t been studying the material.”

Robertson said the early returns from the program have been evident in all aspects of running the business, “from operations to leadership to marketing.”

ThinkFoodGroup CEO Kimberly Grant called Robertson a “curious and dedicated learner” and a key member of the company’s team.

“We are incredibly proud of Charlotte’s operations leadership in Las Vegas and her relentless passion for becoming a better and more impactful leader every day,” Grant said.

In addition to keeping a group of restaurants humming, Robertson is currently plying her newfound knowledge helping to implement the food and beverage program at the new ESports Arena at the Luxor Hotel, a 30,000-square-foot entertainment space devoted to the competitive video game industry. The project involves marrying Andrés’ vision of food that will be both delicious and potentially even healthy with the particular needs and idiosyncrasies of the competitive gaming set.

It’s the kind of only-in-Vegas business experience that can make the hospitality-centric town feel like a world unto itself – and sometimes a cloistered one. One of the unexpected benefits of the Executive MBA program was rubbing shoulders with people from all walks of life, Robertson said.

“As we get older, we don’t seek out differences, we seek out people who you are going to relate to through background or political beliefs, and I think that’s too bad,” said Robertson. “I’m so grateful that I have friends now who I can talk with about social issues or political issues and we can have really difficult discussions and we’re able to get through it.”

Having completed the Executive MBA program, Robertson is now fully focused on her hospitality career, which, with its long hours and unpredictable days, remains her calling.

Said Robertson, “When you’re feeding people and you’re facilitating that magic that happens when you’re at a really good dinner – that can sustain me for days.”

How a Single Email Changed a Life END_OF_DOCUMENT_TOKEN_TO_BE_REPLACED

Fall Is in the Air on Grounds END_OF_DOCUMENT_TOKEN_TO_BE_REPLACED

At UVA, There Is a Club for Everyone END_OF_DOCUMENT_TOKEN_TO_BE_REPLACED