Class of 2018: Former Cavalier Seeks to Return to the Field – as a Coach 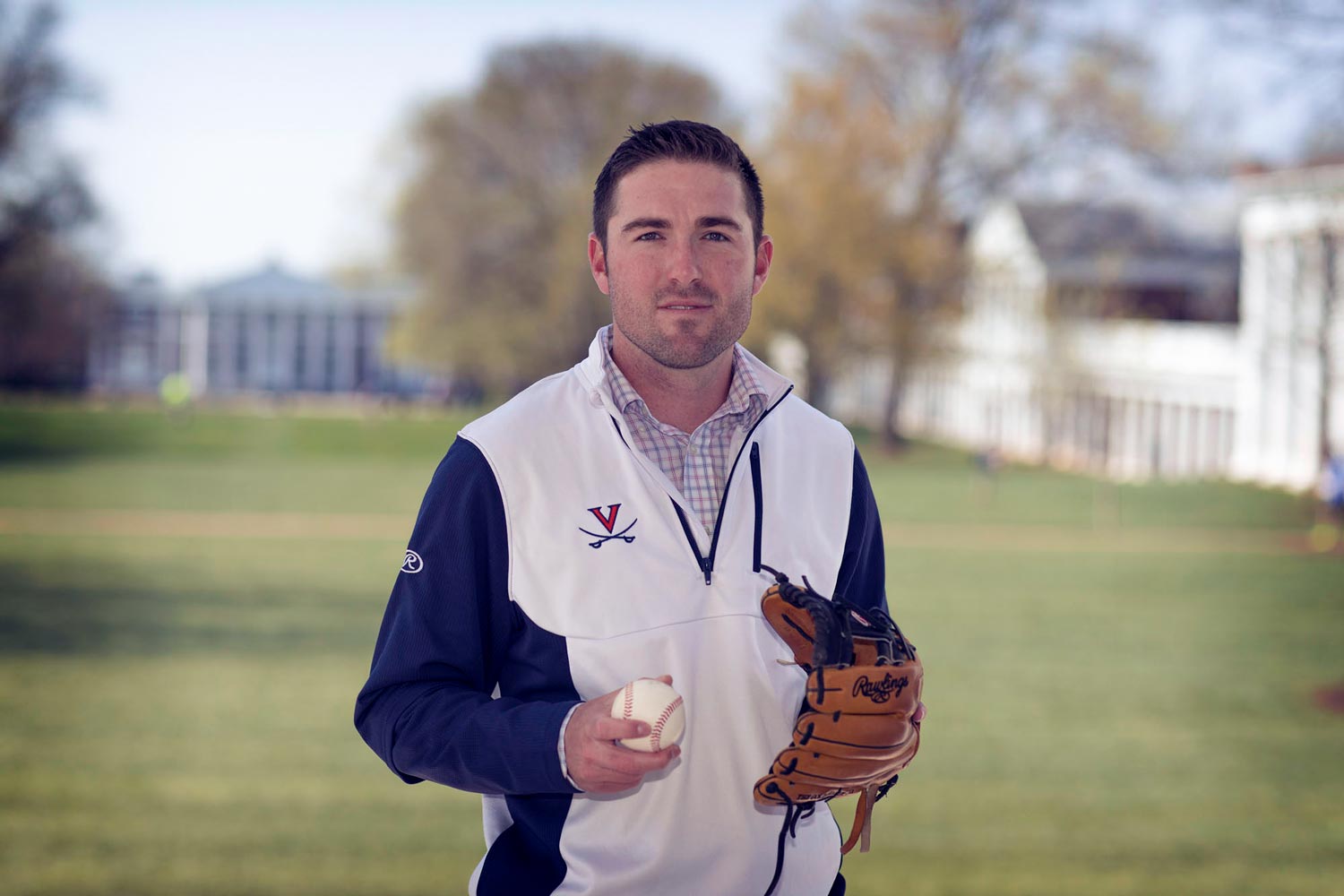 Branden Cogswell, from upstate New York, is hoping to go into coaching or athletics administration after graduation. (Photo by Dan Addison, University Communications)

Branden Cogswell played for one of the University of Virginia’s most successful baseball teams, helping UVA finish as the national runner-up in the 2014 College World Series. A second baseman, he was named to the series’ All-Tournament Team.

That same year, his third at UVA, Cogswell was the seventh-round draft pick of the Oakland Athletics, signed a professional contract and headed off to the minor leagues.

“It was a dream come true,” he said. “You’re one of the few people that get to play professional baseball,” he added, rubbing his right shoulder.

Cogswell, or “Cogs,” as UVA head baseball coach Brian O’Connor likes to call him, said he enjoyed every second of his four years playing in the Oakland farm system. But a shoulder injury and subsequent surgery left him feeling “not quite right.”

He opted to retire from baseball, and this year, returned to Charlottesville to finish what he started: earning a degree in psychology.

“I’ve always been interested in how psychology can help athletes perform better on the field,” he said.

Cogswell also realized a degree would help him with coaching. He is the fifth player to return to UVA and join the staff as a student assistant coach, something allowed by NCAA rules.

It’s a role that O’Connor said is “incredibly valuable.”

“These guys have young legs, you know? So, there’s a physical part of it that’s great,” he said this spring at Disharoon Park. But to him, the most beneficial thing Cogswell brings to his coaching staff is the mindset of a former player. “You have a young man who wore our uniform not too long ago.”

So, for example, when a team situation arises, O’Connor can ask Cogswell how it was dealt with in his day. Was it a good approach? Should we do things differently? Those situations, he said, “give you such an incredible perspective.”

Psychology in the Bullpen

With 35 players on the roster, Cogswell says everyone is different. Each person takes things in differently. “So being able to look at a guy and figure out how to help him best may be different for another player,” Cogswell said. “Having different techniques and kind of figuring out how people work and think about things and interpret things is, I think, what will help me.”

Cogswell is just four years removed from being on UVA’s roster and took advantage of that perspective this season. “I’m a coach, but I look at myself as more of a mentor,” he said. To the players, he might say, “Hey, this is what I did. Why don’t you give it a shot?”

And that advice extends off of the field, too. Cogswell reminds the team that it’s just as important to take care of their schoolwork, a lesson he learned after his first semester at UVA. “As a player here, as a student here, it was ‘Hey, you can get stressed out and you can let things kind of wear you down.’ But, ultimately that whole time management, balancing everything, is so important.”

Cogswell has applied to a graduate program in UVA’s Curry School of Education to study higher education, with a focus on intercollegiate athletics. His ultimate goal? To coach college baseball.

“Not only will the degree help with the coaching side down the road, but it also opens doors for administrative jobs like an assistant athletics director or an operations person for any sport. That’s good, because at the end of the day, I think playing baseball comes to an end. So does coaching.”

He walks the Lawn Saturday.

How a Single Email Changed a Life END_OF_DOCUMENT_TOKEN_TO_BE_REPLACED

Fall Is in the Air on Grounds END_OF_DOCUMENT_TOKEN_TO_BE_REPLACED

At UVA, There Is a Club for Everyone END_OF_DOCUMENT_TOKEN_TO_BE_REPLACED