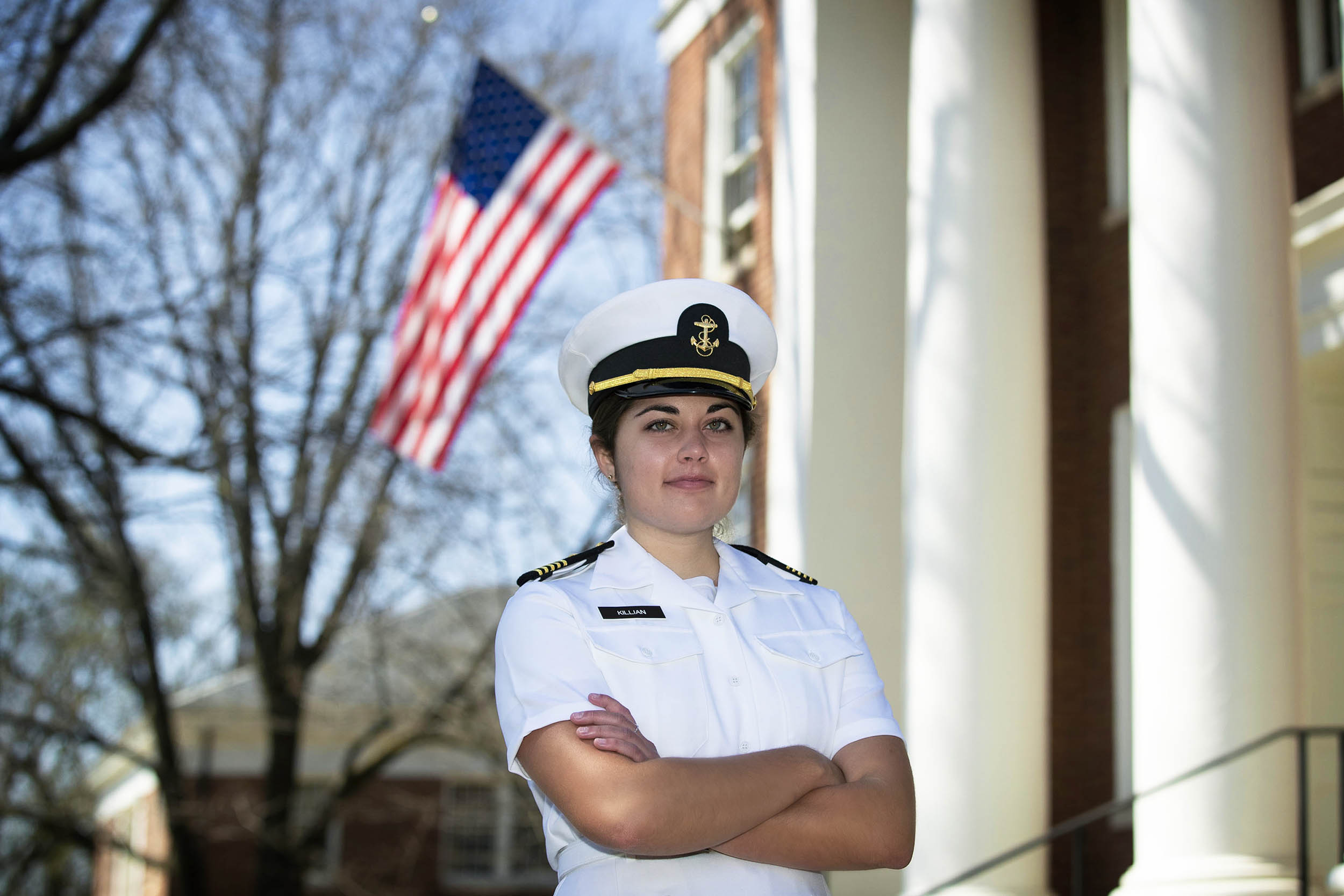 Killian, a midshipman in the University of Virginia’s Naval ROTC detachment, will graduate in May with a degree in chemistry. After that she is headed to Pensacola, Florida, to begin flight training, a roughly two-year program instructing her in flying fighter jets, patrol aircraft or helicopters.

A Seaside Park, New Jersey, resident, Killian served in the fall as the battalion commander, the midshipman in charge of the unit. She did not know she wanted to be a pilot until she was at UVA.

“The first chance I go to fly was at a summer training event after my first year, which was a career opportunity training for midshipmen,” she said, noting that she spent a week each working with surface warfare, submarines, the Marine Corps, and aviation.

“That week with aviation was my first flight in a T-34, which was a little two-seater,” she said. “I had the back seat in that. We got a couple of helicopter rides that week as well, and that was such a cool opportunity and experience for my first exposure. Hearing from different pilots, I was really impressed by all of them and saw how passionate they were about what they were doing. It was really, really cool.”

Her experience with flight opened a new world to her.

“One idea that really interests me is just how much power and control you have of your aircraft and how much responsibility comes with that,” she said. “There is a lot of responsibility on your shoulders. It is a high-pressure scenario and you are entrusted to operate and handle this multi-million-dollar aircraft. I think it is a very exhilarating experience, and an opportunity that not a lot of people get to have. Especially carrier-based aviation, is something that so few people get to experience.

“I just naturally gravitated toward aviation right off the bat. To me it just seemed like the most exciting day-to-day operations that you would be able to do.”

She looks forward to being a part of the world of Navy pilots.

“I think every community in the Navy has its own character or personality that sticks out,” she said. “I really liked the passion that I saw in all of the aviators I met … for what they were doing on a day-to-day basis, and it seemed like a very interesting day-to-day type of job.” 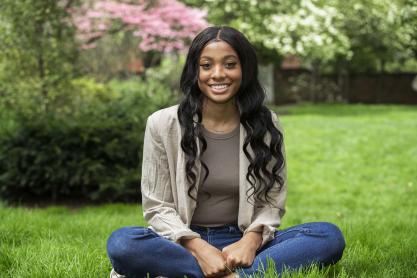 Killian does not have family members in the service, and was first drawn to the Navy by schoolmates.

“I had some classmates in high school who were going to the Naval Academy,” she said. “I was really attracted to them because of the character I saw in a lot of them and the things they believed in. I saw the Navy through like-minded peers. I saw people I would be interested in being around, and in the same community with.”

“UVA stood out to me as a great spot to get a really good liberal arts education as well as being able to do the Navy training in tandem with that,” she said

Killian is focusing on her work for the Navy at this point, though she believes the discipline of a getting a degree in chemistry will help her in the future.

“Especially with some of the more challenging major-required courses, I learned a lot about good study habits and perseverance and grit in those classes that I think will serve me well, even though I will be learning a different subject material,” she said.

And while she is going to Pensacola for her flight training, she is not planning long-term.

In heading to Florida, Killian is taking many happy memories of UVA with her.

“One of my favorite nights was in my second year when we won the national championships for basketball,” she said. “That is one that is going to stick in my mind for a long time – the celebration and the school spirit that came from that. That was a really incredible experience and I am glad to have gotten it, a chance to be here in town.”

Killian is also thankful for experiences with her fellow students.

“I think the chance to get plugged into different close-knit communities and those memories are going to stick with me for a long time,” she said. “I learned how to relate to people who are different from me and people who come from different backgrounds, and getting my mind opened in those different ways as well.”

Her role in ROTC leadership, part of a triad of upper-class midshipmen who run the battalion, also helped shape her.

“My job as battalion commander was to be the main liaison between the rest of the battalion and our unit staff members,” she said. “I had the opportunity to work very closely with our executive officer in connection with the commanding officer throughout the course of the fall – looking at big-picture semester training plans, making sure we were accounting for the training evolutions that we would be doing that semester, and translating those into actual practice as far as the daily and weekly battalion schedule went.”

The pandemic made things difficult, but her reactions impressed her commanding officer.

“The fall semester was challenging for us, as we navigated Navy, state and UVA COVID rules,” said Capt. Kevin Kennedy, commanding officer at the UVA Naval ROTC program. “As COVID cases throughout the nation, local area and UVA community ebbed and flowed, we had to adjust our operating model so that we maximized training value while minimizing transmission of COVID within our own population. There were times when we did all of our training fully virtually, other times that we were allowed small groups of up to 10 students, and still other times when we were forced to even smaller groups of about five. It was a semester like none other.”

Kennedy praised Killian for her dexterity in responding.

“The one constant throughout the semester was change and Lauren handled all of the change exceptionally well,” Kennedy said. “Instead of worrying about things she couldn’t control, she remained calm and focused on what she could control. She understood that the other midshipmen wanted to train in as large a group as safely possible, yet recognized that she was part of the leadership team that would mandate smaller groups. “

Killian was adept at working with the other students, according to Kennedy.

“As she communicated changes to her fellow midshipmen, she was empathetic, yet firm in announcing her decisions and transparent in why the decisions had been made,” Kennedy said. “She has a wonderful, easy-going-yet-confident demeanor and throughout it all, she appeared unflappable and completely in control. I assume she had her moments of doubt, but I never saw any. It was impressive to watch.”

A graduate of the Peddie School in Hightstown, New Jersey, Killian is the recipient of the Reserve Organization of America Award, presented each year to students who demonstrate leadership qualities; and a Military Order of World Wars Award. She is a member of The Navigators at UVA, a Christian ministry on Grounds.

“The future is very bright for Lauren,” Kennedy said. “I have no doubt that she will do great things in the Navy.” 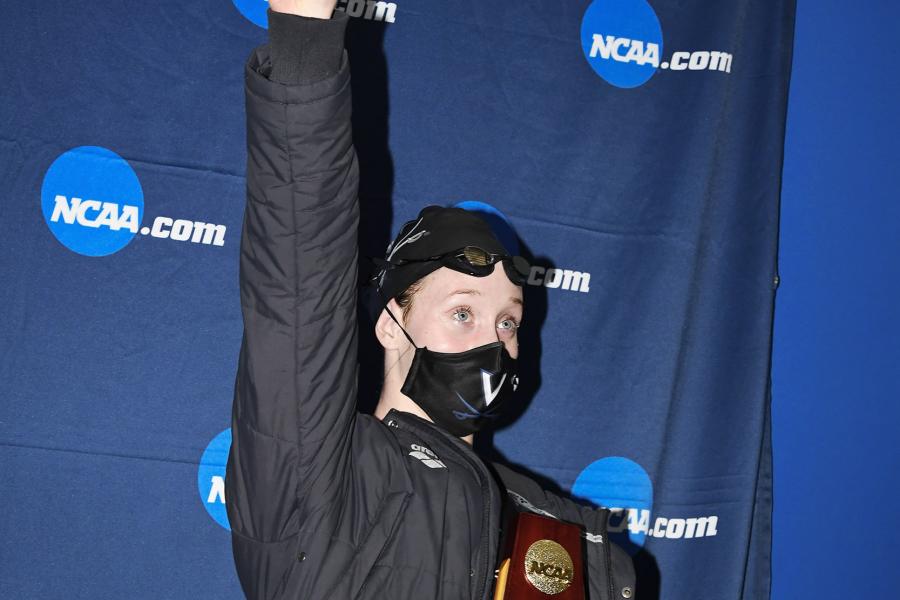 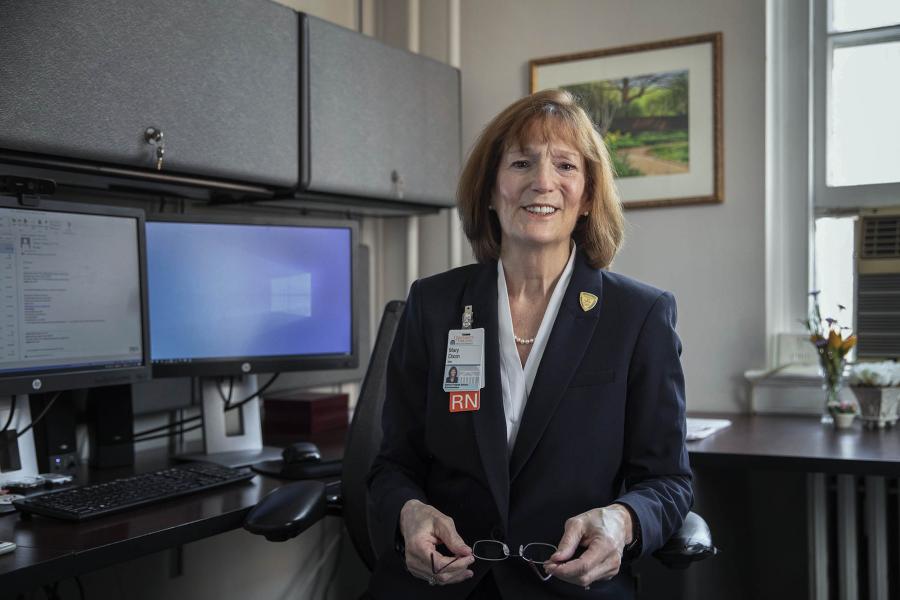 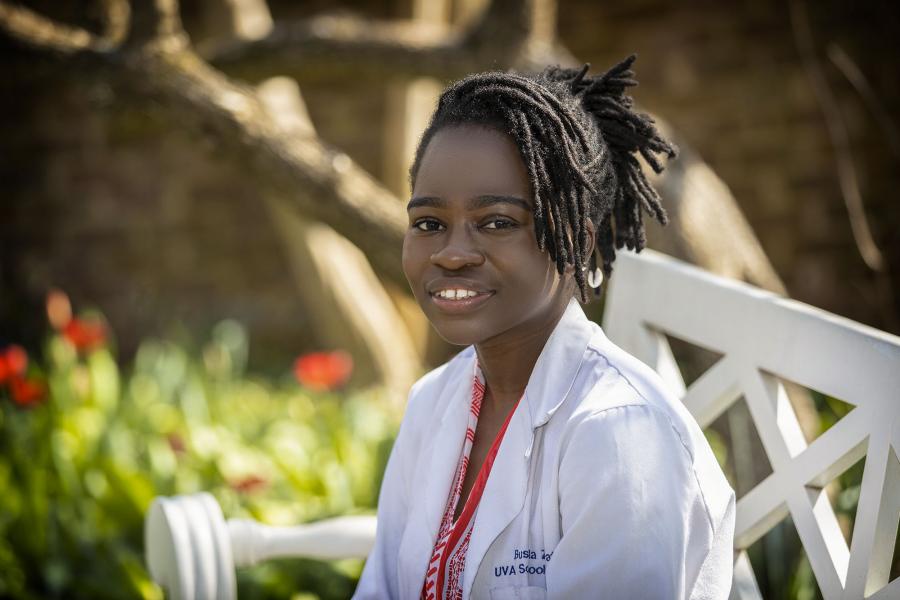