Paige Madden, who led the UVA swimming team to its first NCAA title last month and has her eye on Tokyo, has brought the same work ethic and intensity to her life as a student.

Getting Paige Madden to ease up on anything she does in life is a little like asking a bee to stop buzzing – which is why University of Virginia swimming and diving head coach Todd DeSorbo and his staff have sometimes resorted to subterfuge.

It was often easier than trying to make Madden taper down before big meets. “We almost had to trick her into resting,” DeSorbo said.

The idea was to get Madden to peak at just the right time. At the NCAA Championships in Greensboro last month, Madden did just that, leading UVA to its first NCAA title. The fourth-year student, set to graduate next month, won three individual races and one relay title, the most of any swimmer at the meet.

But those accomplishments, as impressive as they are, won’t define Madden’s time at UVA.

Madden has brought the same verve she did to the pool to all facets of her life as a student. 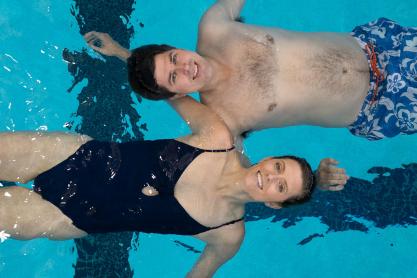 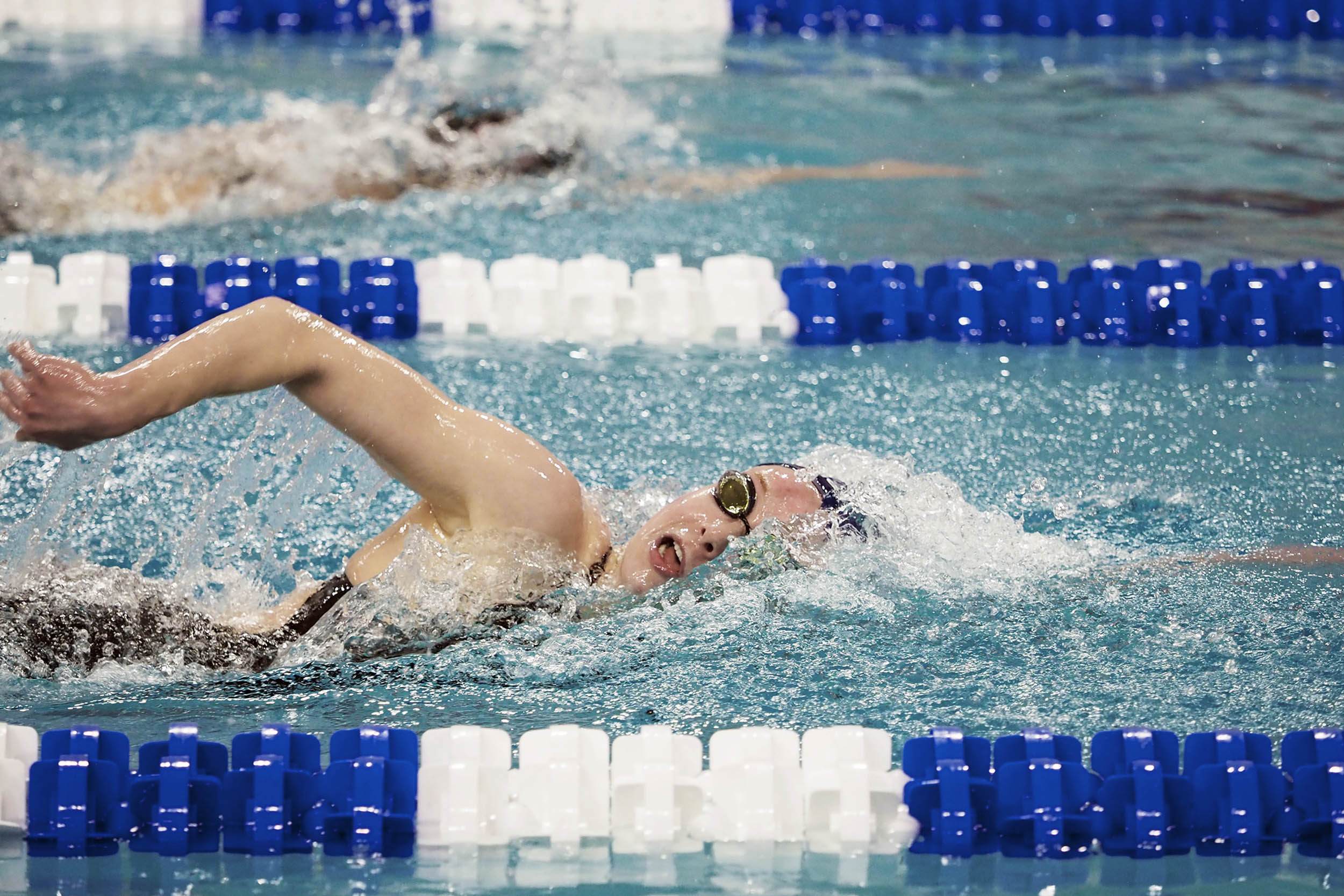 Madden won three individual races and one relay title, the most of any swimmer, in leading UVA to its first NCAA title. (Contributed photo)

“I just don’t know if I’ve ever met somebody who every single minute is working really hard,” DeSorbo said. “It’s just really hard to do, and not many people do it. It’s not that other people aren’t exceptional, it’s just that Paige is on a whole other level.”

On Wednesday, Madden, a student in the UVA School of Education and Human Development who is majoring in kinesiology and minoring in health and wellbeing, was named the Atlantic Coast Conference’s Women’s Scholar Athlete of the Year – for the second straight year.

In addition to a demanding class schedule, she has been active in several organizations, including the Encore Club, Student-Athlete Mentors, Student-Athletes Committed to Honor and Leadership, and Madison House.

Madden has done all of it while training at a level she hopes will be good enough to qualify for the Summer Olympics in Tokyo.

Madden laughed when asked about her long list of extracurriculars, which, this year, included tutoring local 10th-graders in geometry (through Madison House) and serving as president of Encore, which raises money for the Hospice of the Piedmont and programs such as Busy Blankets, which helps Alzheimer’s patients.

“I love to be productive at all times, and that’s something I can really be productive at,” Madden said of volunteering. “It’s nice to be able to do something outside of the UVA community and to try and help out the Charlottesville community as a whole. … It makes me feel good.”

The daughter of a family physician and an accounting professor, Madden grew up in Mobile, Alabama. As a child, her brother Carl, who swam at the University of Alabama, was a huge role model and the person who ignited her interest in swimming.

It was while on a recruiting visit to UVA that Madden – who hopes to become a physician’s assistant when her swimming career is over – decided she wanted to study kinesiology.

Interestingly, Madden said many of the things she has learned in the classroom, including courses on exercise physiology and sports nutrition, helped make her a better swimmer. They also allowed her to better understand her own injuries, which included a torn meniscus in the summer of 2019.

“It was very interesting to see the science behind what I do every day,” Madden said. “It definitely made me more mindful of processes my body is undergoing while I’m working out in practice and how to recover properly and all that stuff. 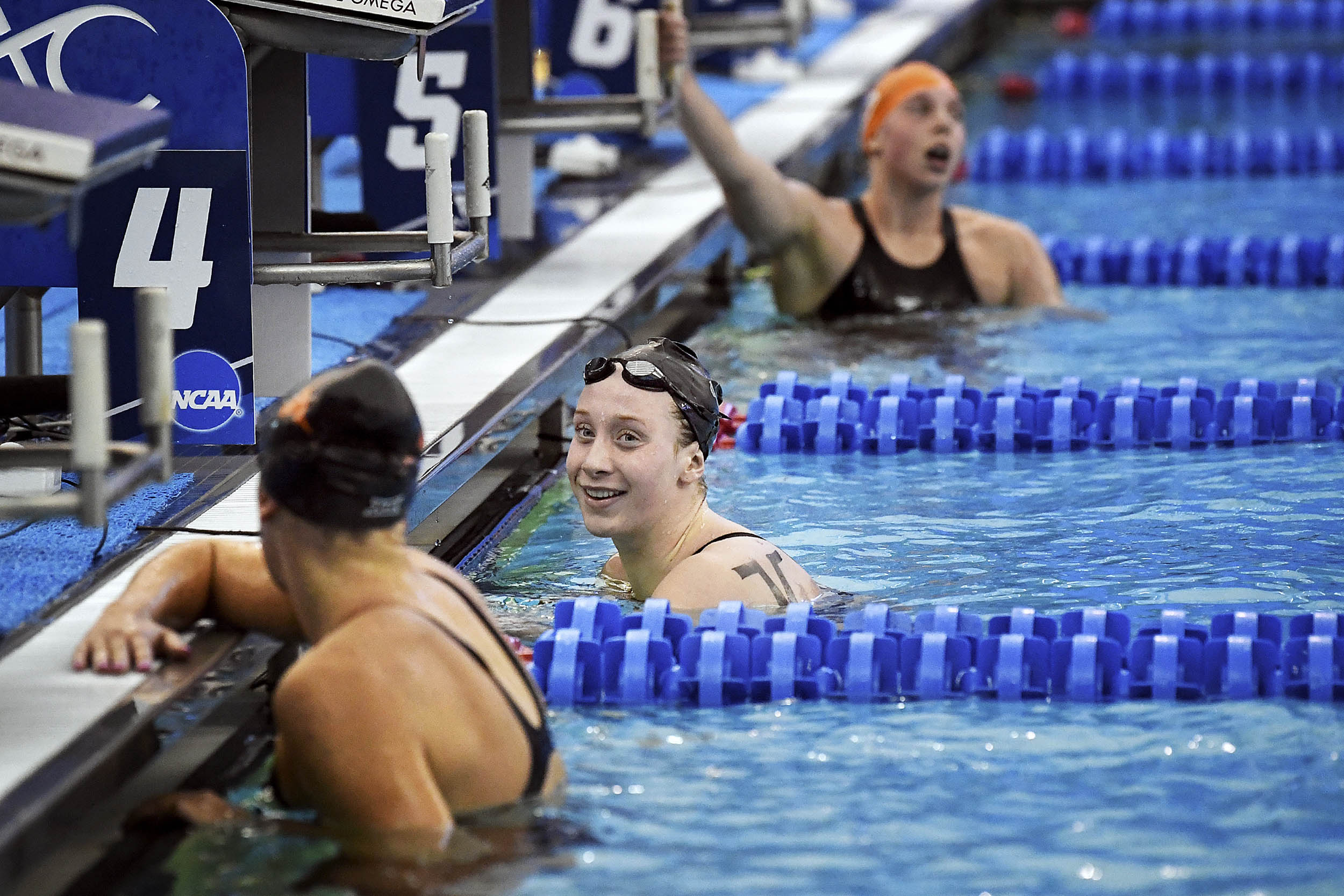 Madden now has her sights set on the Summer Olympics in Tokyo. (Photo by Mike Comer)

“It’s been good knowledge to have, especially when it comes to taking care of myself. That was definitely a big benefit.”

One of Madden’s mentors has been kinesiology professor Sue Saliba, an ACC champion diver for UVA in her day.

Having professors like Saliba, who understood her journey as a student-athlete, made reaching swimming goals easier.

When Madden and her teammates completed their ultimate mission last month, they had to pinch themselves.

“That being said, I think it was a long time coming,” she said. “The year before, COVID had cancelled [the NCAA Championships] about three days before we were supposed to leave. At that point in time, we were seeded to win the meet, and that was kind of our goal. So for the entire year after that we still had that goal in mind.”

Winning the championship “was a fantastic feeling. I’m really proud of how our team overcame the season that had so many different challenges – with COVID and just with everything. The team just came so far from my first year and is something I’m really, really proud of. I’m just really grateful that I had a chance to be a part of it.”

Having UVA President Jim Ryan and Director of Athletics Carl Williams visit practice upon their return was an exclamation point. Madden and her teammates weren’t expecting the duo to jump in the pool.

A post shared by Virginia Swimming and Diving (@uvaswimdive)

“I was pretty impressed that President Ryan jumped in with his shoes on,” Madden said, laughing. “They were a really nice pair of shoes.

“That was fun and so special that they were able to do that because they weren’t able to come to the NCAA meet. Just to see the support that the UVA community has given us has been pretty special.”

Right now, Madden has set her sights on qualifying for the Olympics. “That’s the hope, that’s the goal,” she said.

“Only the elite of the most elite make the Olympic team, and anything can happen, but I think she has as good a shot as anybody else,” DeSorbo said. “I can tell you this – she won’t have any regrets. She won’t be able to look back and say she could have worked any harder.”

Madden said leaving her home state of Alabama and coming to UVA has helped make all of her dreams possible.

“I don’t think I would be the person I am today if it weren’t for UVA and everything it has to offer,” she said. “I’m definitely a lot more outgoing, a lot smarter really – just because I’ve been challenged in so many different ways. That’s what I love about UVA and what drew me to come to school here. I love challenges and I knew that this would offer a challenging academic environment as well as athletic. … That’s what I love and really shaped me into the person I am today.” 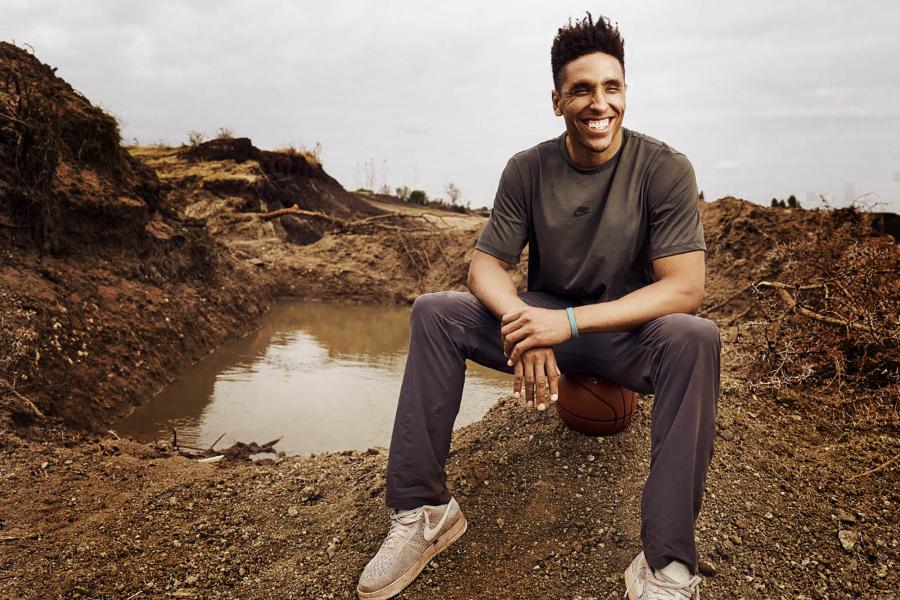 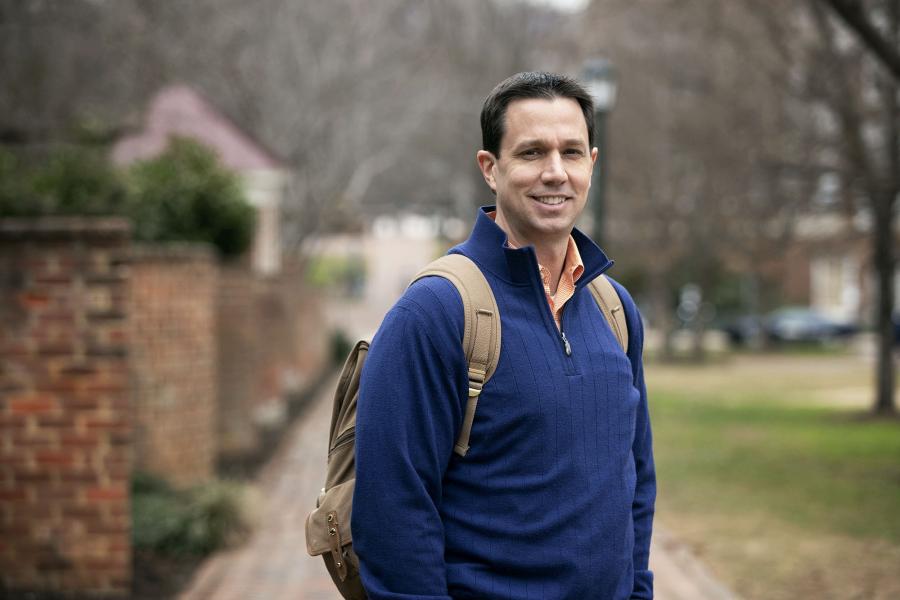 ‘Voice of the Cavaliers’ Now Making an Impact on Sustainability Front