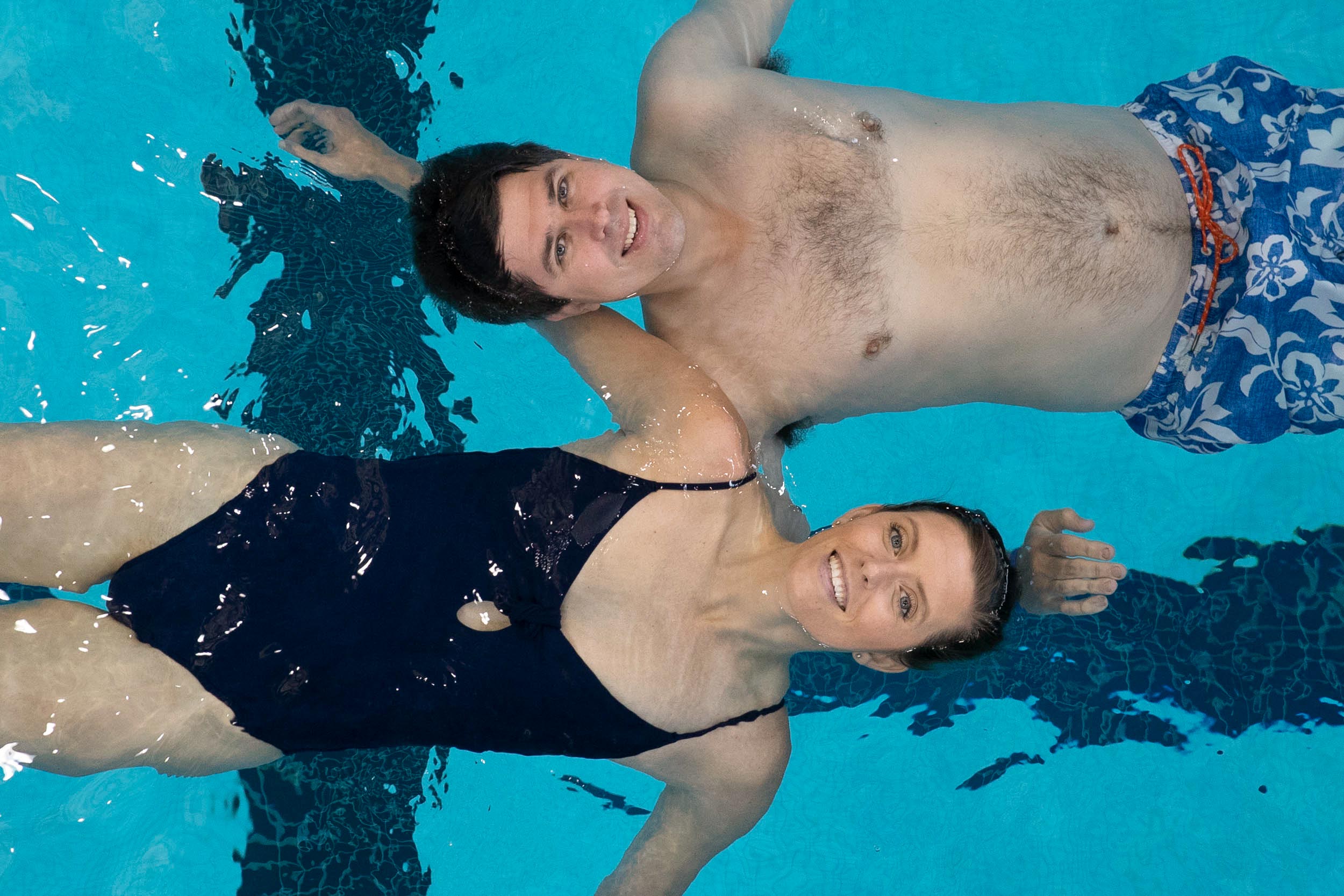 When Bo and Megan Greenwood are at a pool with their three children, they sometimes get confused looks.

People who don’t know them might not understand why they don’t want to engage in casual conversation.

It’s not that the Greenwoods are unfriendly. Or hard of hearing. Or not in the mood to talk.

It’s just that they are more aware than most of the dangers that pools – even ones with lots of lifeguards – can pose. 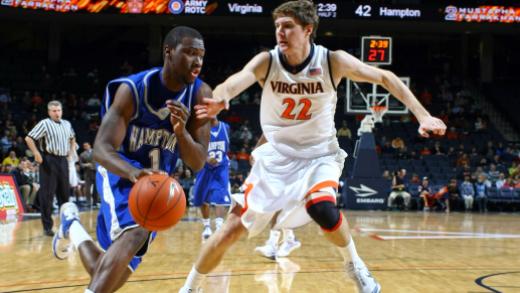 “We take it very seriously,” Megan said. “Some people think we’re insane when I say, ‘I’m sorry, I can’t talk to you right now, my kid is in the water.’

“But it takes three seconds for a kid to be in trouble.”

It is with this basic premise in mind that the Greenwoods – two of the more accomplished swimmers in University of Virginia history – operate a summer learn-to-swim business in Charlottesville called SWIM S’COOL that Megan founded after she graduated from UVA in 2009.

“At first, I was just kind of capitalizing on a good business opportunity as a poor college kid,” said Megan, who also teaches at Jackson-Via Elementary School in Charlottesville, “but all these tragic, really unfortunate losses [from drowning] that are happening might be prevented through education and awareness for parents and kids.

“Now that I have my own family, I’m so acutely aware of what that loss would be like. Bo and I are just so determined to spread water safety awareness.”

The Greenwoods have a 3-year-old son, Jack, and twin 9-month-old boys, Elliott and Garrett.

Every time the Greenwoods are at a pool, they have a plan.

“We say, ‘Who’s going to be watching right now and who’s going to be socializing?’” Megan said. “There’s a specific structure to our time there. It’s not just ‘get there and let’s have fun.’ It’s ‘I’ll watch first and then we’ll switch.’” 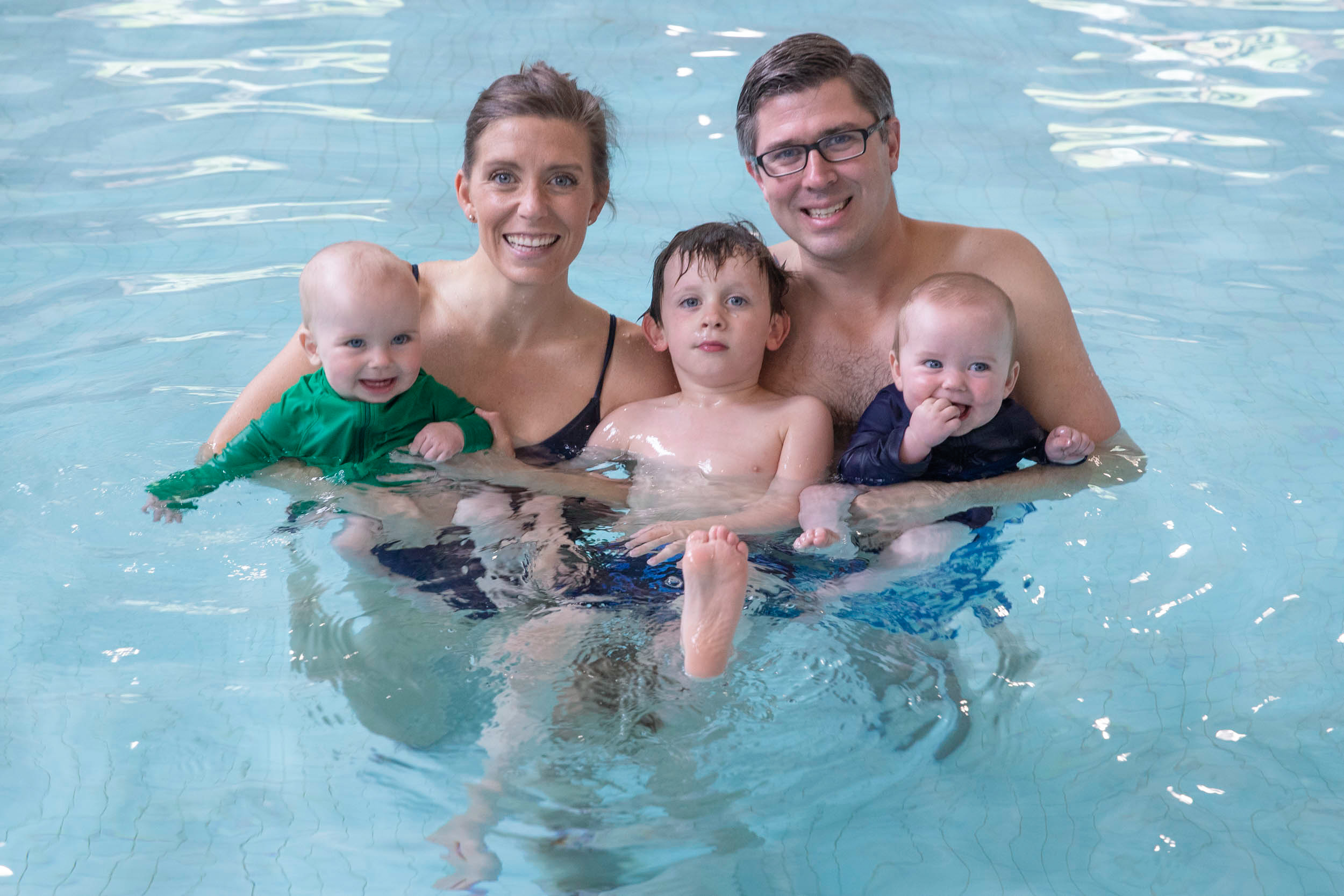 The Greenwoods have had their three sons in the water since they were 6 months old.

The Greenwoods can’t say enough about the impact swimming has had on their lives.

“Think about how much time people spend at a summer pool, tubing down a river, hanging out at the beach,” said Bo, who works full-time as director of development for student affairs at UVA. “Swimming brings people and families together in a way that almost no other sport can.”

It was a love for the sport that brought Bo and Megan (whose maiden name is Evo) together.

Bo, who had been a seven-time All-American at UVA, was a year out of school and working in the UVA athletic department when a former coach jokingly told him he looked out of shape and should get back in the pool.

He did, and it wasn’t long before he met Megan, then a first-year student on the women’s swim team.

Initially, the two were just friends, but after being paired together to train for the Olympic Trials, the relationship blossomed.

“He was the first person I told when I got my Olympic Trials cut,” said Megan, referring to the time she needed to qualify for the Olympic qualifying meet.

During her summers at UVA, Megan – also a seven-time All-American – coached children at clubs that competed in the local Jefferson Swim League.

That led to numerous requests for lessons, and, eventually, Megan using what she had learned at UVA and during all her years of swimming to create her own curriculum. After graduating in 2009, Greenwood launched SWIM S’COOL.

This summer, the program is on track to have more than 300 children, ranging in age from infants to 12-year-olds.

While private lessons are available upon request, the summer lessons take place in small groups at their home pool, Fry’s Spring Beach Club, or their newest location, Hollymead Swim Club. 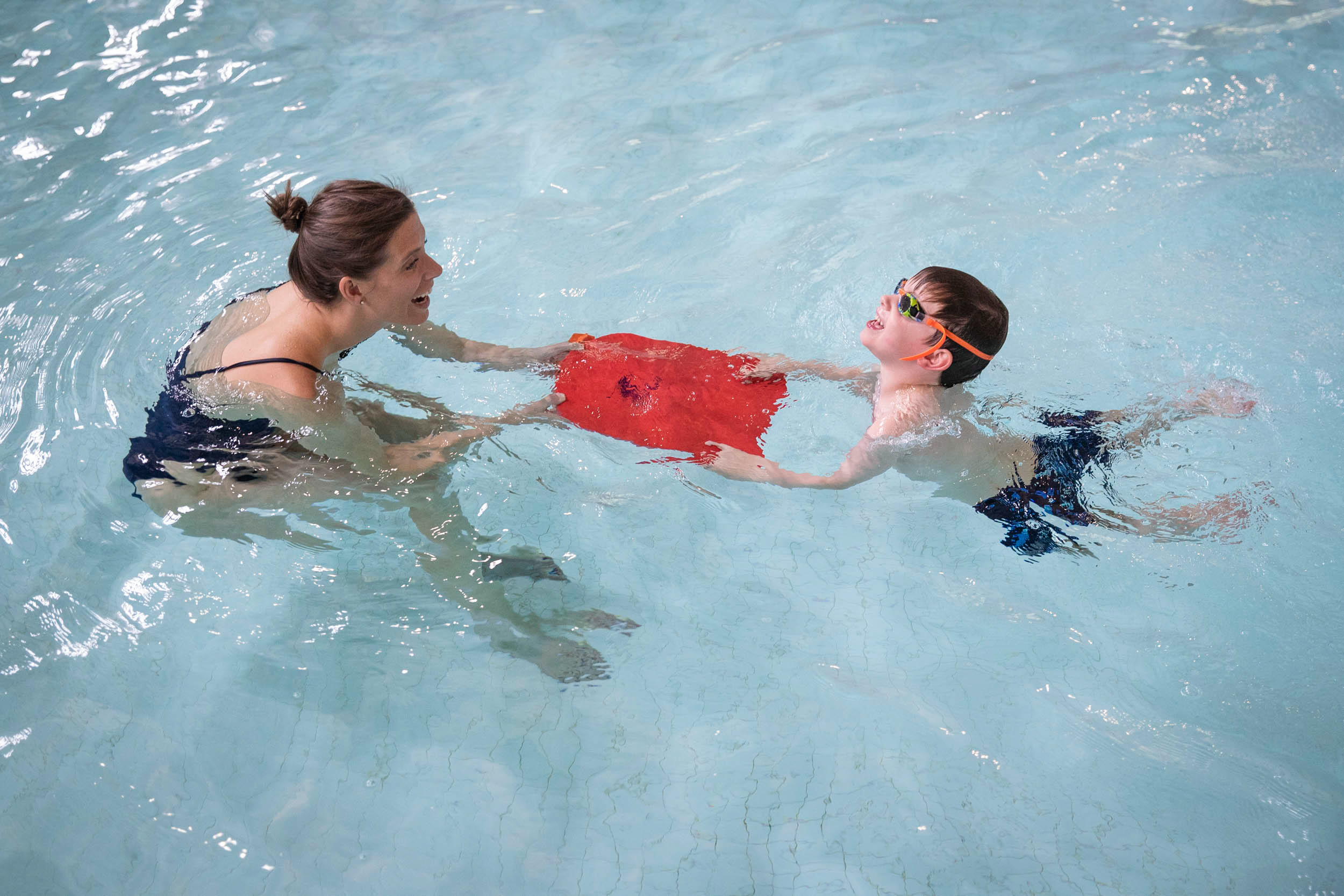 The Greenwoods’ oldest son, Jack, has been able to swim since he was 2.

The Greenwoods say that no matter what the age or experience level of the swimmer, having fun is the goal.

“What makes us different is our emphasis on building trust and learning through play,” said Megan, who holds a master’s degree in special education and general education from UVA’s Curry School of Education and Human Development. “Kids are always going to be playing games and singing songs with intention. We emphasize that learning to swim is a process. We aim to build foundational skills over time to achieve long-term success through learning and playing in the water.”

Megan finds and trains coaches and designs the lesson plans, while Bo is more of the behind-the-scenes guy, crunching numbers and procuring equipment.

Megan – whose father, Bill Evo, played in the National Hockey League and later served as an executive for the Detroit Red Wings – grew up in suburban Detroit swimming for a local club.

“It was just something that I really loved and was always encouraged to do,” she said.

It was an easy decision.

“I got here and just fell in love with Mark Bernardino,” she said, referring to the Cavaliers’ former head coach. “He was just a wonderful man and a super-important part of both my and Bo’s lives.

“When I got here, I wasn’t an amazing swimmer. I was good. He just really inspired me.”

Bernardino, now the associate head coach at North Carolina State University, gives all the credit to his former pupil, who holds the sixth-fastest 200-meter individual medley time in UVA history.

“She was an unbelievable racer – someone who would not let anybody beat her,” Bernardino said. “If it was close, you’d bet your money on Megan Evo to get to the wall first. She had this physical and mental toughness and courage when she raced that allowed her to overachieve in a really good way. She made herself good with her positive work ethic, her tenacity and her confidence in herself.”

Bernardino believes Megan has “found her calling” with SWIM S’COOL.

“She is a woman who is highly invested in people,” he said, “and tries her best to always find the best in people, and to do for others more than she does for herself.” 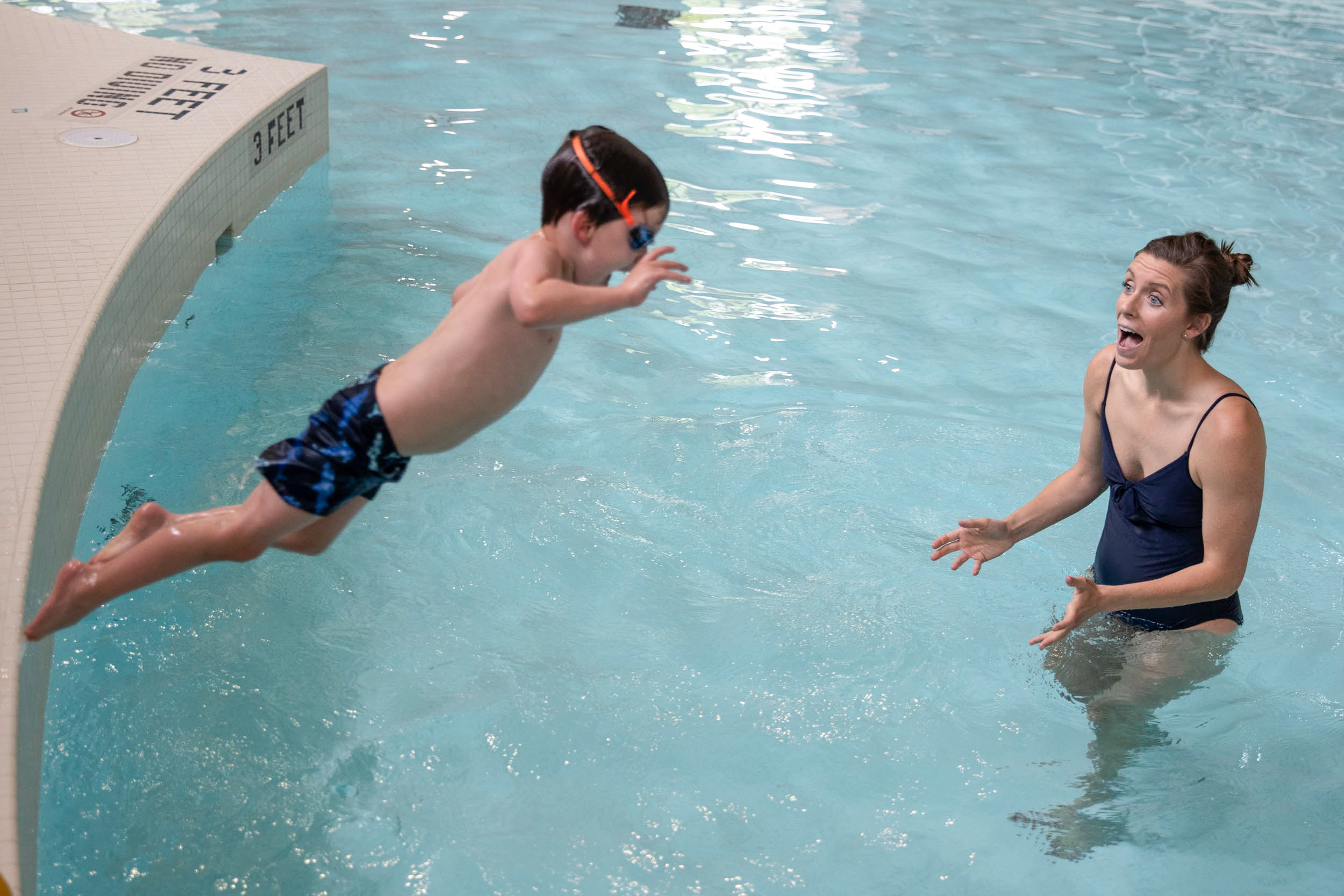 Like Megan, Bo – who grew up in Goochland – also shared a special bond with Bernardino. It was one that started while he was still in high school.

“I laugh with him about it all the time,” Bernardino said. “When Verlander won the Cy Young Award a few years ago, Bo texted him and him and said, ‘But remember who the athlete of the year was.’”

While he had what he refers to as an “epic fail” in the 2004 prelims, he said he has no regrets about his competitive swimming career.

“Swimming for UVA, for Mark, with my teammates, and in doing so, meeting my wife, was the greatest honor and most transformational experience of my life,” Greenwood said.

Greenwood majored in kinesiology and was a member of Student Athlete Mentors, the Student Athlete Advisory Committee and IMP Society, among many endeavors, before earning his master’s degree in higher education administration from Curry in 2006.

The Greenwoods said staying involved with the sport that has given them so much was a logical step – especially since they felt they had so much to offer.

Bo and Megan often talk to Jack (their eldest son) about using his “superpowers” to do good.

“What we mean are those little, everyday actions that have a snowball effect,” Megan explained. “The things that make you an important role model, a good community member, a helpful neighbor, a caring friend, an empathic human. The things that are hard to do, but you do anyway, because you know you should. Those things you do when no one is watching.

“We think SWIM S’COOL is a really good way to use our unique powers, but also we just really love being in the city and working with local families and kids. We just love this community so much.”

Which is exactly why if you see them at a pool, you may not get more than a hello if they’re on child-watch duty.

“We’re just so aware of what the potential dangers are, even if you have the best intentions. We want to shout it from the rooftops to parents: Get your kids in lessons. Water safety is really important,” Megan said.

“What’s your family’s plan? Just like a fire escape or an emergency plan or teaching your kids to call 911, you should always be talking about water safety in an age-appropriate way with your kids and with your spouse.”

For more information on water safety, check out Megan’s blog on the SWIM S’COOL website. 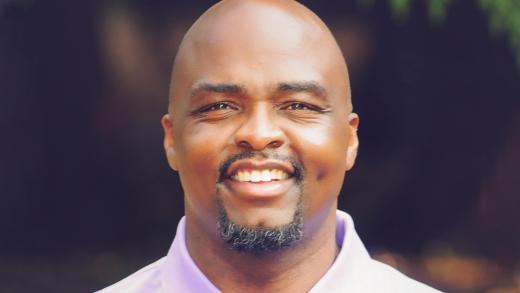 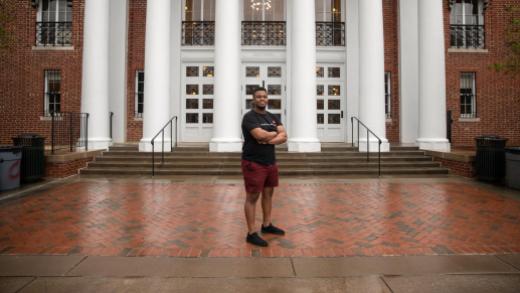 Class of 2019: Lacrosse Injury Opened World of Possibility for This Batten Student 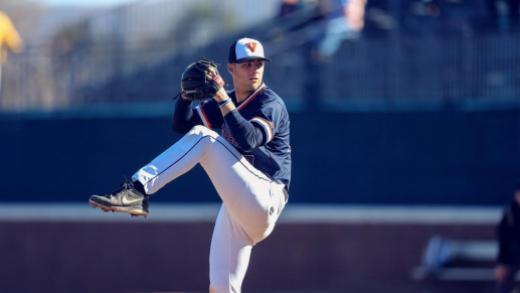