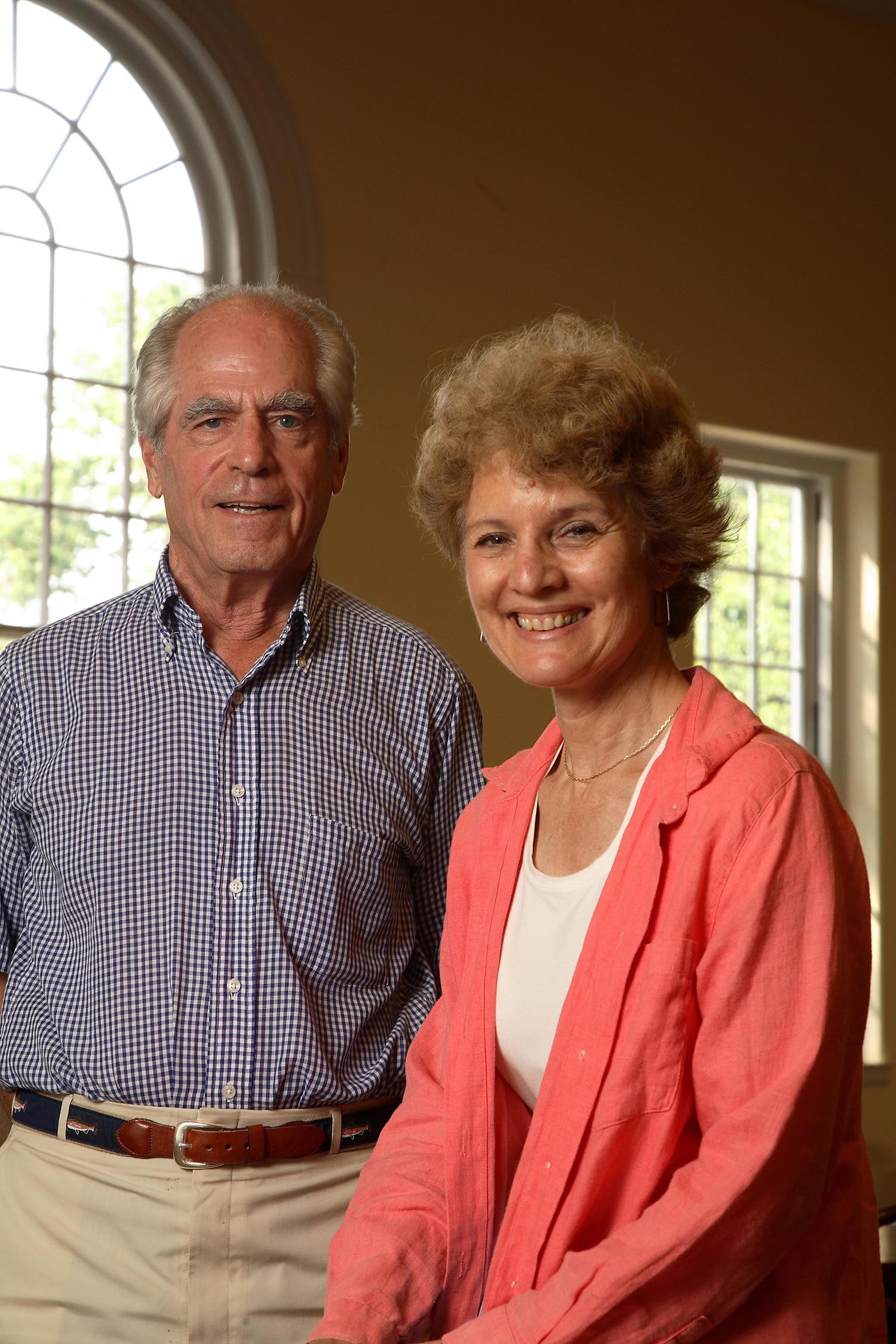 March 7, 2007 -- In Lewis Carroll’s whimsical poem, “The Walrus and the Carpenter,” the titular sea mammal devours — rather regretfully — all the oysters on a stretch of beach. In the Bering Sea, Pacific walruses (Odobenus rosmarus divergens) don’t eat oysters, but they are enthusiastic consumers of clams and other animals from the sea floor. Hitching rides on rafts of floating sea ice, nearly 200,000 walruses live year-round in one of the richest and most pristine seas in the world.

G. Carleton Ray, his wife and research partner, Jerry McCormick-Ray, and colleagues Peter Berg and Howard Epstein, all of the Department of  Environmental Sciences, think they know one of the secrets to the Bering Sea’s incredible biological productivity – the walruses’ prodigious feeding habits coupled with the dynamics of their relationship with the drifting sea ice.

In early April, the husband-and-wife team will set out on the USCGC Healy, a 410-foot Coast Guard icebreaker, on a six-week voyage to the central Bering Sea. They will gather data on walrus distribution, feeding patterns and sea ice movement. They will also study the relationship between these marine mammals and diminishing sea ice — an effect of global climate change — and the impact of walrus feeding on the rich benthic (or sea floor) communities that rival tropical reefs in productivity.

Annually, walruses consume some 2 million tons of living creatures inhabiting the sea floor. Using a jetting action from their mouths and rooting like pigs with their whiskered muzzles, walruses stir up the sea bed. Bioturbation is the scientific term for this process.

“Walruses re-suspend massive amounts of sediment, and this changes the whole structure of the biological community in a major way,” said Ray, a research professor of environmental sciences.“The sediment contains lots of nutrients. Nutrient regeneration and sediment restructuring by walruses help explain why it’s the largest fishery in the world.”

The presence of sea ice that floats above a shallow shelf (up to 200 meters deep) promotes additional bioactivity. Little algae called “diatoms” growing on the underside of the ice float down when the ice melts, providing food for a host of benthic animals that the walruses eat. And when the ice disappears in summer, another group of diatoms blooms, providing additional food.

“During late spring through summer, this region has more sunlight
than other parts of the world,” Ray explained. “This allows diatom productivity as high, or higher than, any other ocean. Also, in this shallow sea, you get benthic coupling; the plankton enhance benthic productivity, which is why walruses are there. The ice-shelf system is a big production engine driven by the ice dynamics and the sunlight.”

McCormick-Ray, a senior research scientist in the department, is charged with dredging up material scooped from the sea floor — one bucket of silty mud at a time. She wants to know what the walruses are feeding on by examining the animals in these “grabs.”

On this trip, she will be taking core samples rather than the standard bucket-like grab — a technique she hopes will provide a better snapshot of the size and distribution of the walruses’ food. “The cores go much deeper, 30 to 40 centimeters” she said, “so I can get a vertical profile now, to see how big the clams are and how deep they are. When walruses take the larger clams, they leave the young ones. This aerates the sediment, like worms in soil.” The result is a richer benthic environment.

Meanwhile, Ray will be on the Healy’s bridge and aloft in helicopters making observations of walruses and sea ice. Walruses are gregarious by nature, and they favor ice floes of a certain thickness and structure for feeding, resting and breeding. Herds, formed of scattered groups, can extend more than 300- to 400-square kilometers and may number 10,000 or more.

“I’ll be measuring the dimensions of these groups and tracking where the ice is taking them,” he said. “Walruses are moving around all the time, getting a free ride on the ice, driven by winds and currents. … I will be using a new technique of sea ice dynamics to develop a model of the extent of walrus bioturbation.

“Projections by climate modelers indicate that there may be no more sea ice in the Bering Sea by this century’s end,” he added.

Last year, Ray, McCormick-Ray, Berg and Epstein published a peer-reviewed article in the Journal of Experimental Marine Biology and Ecology on the ecological role of walruses in the Bering Sea. The article raised concerns about the continued decline of sea ice due to climate change. If walrus numbers also decline, or they cease to gather in their traditional feeding grounds, the Bering Sea could be adversely affected — with consequences for animals and humans alike.

“Productivity on the sea floor could significantly decrease without walruses,” Ray said. “It’s as if you never tilled your garden or didn’t have earthworms. Walruses are important to the ecological health and integrity of the sea floor.”

“The Bering Sea is like an untouched rainforest, one of the largest and most productive in the world,” added McCormick-Ray. “We’re already seeing changes. Abrupt changes. The Bering Sea and neighboring areas now exhibit the fastest rate of change of anywhere on earth.”

For All of Us END_OF_DOCUMENT_TOKEN_TO_BE_REPLACED