Coaches vs. Cancer: In UVA’s Athletics Department, the Battle is Personal 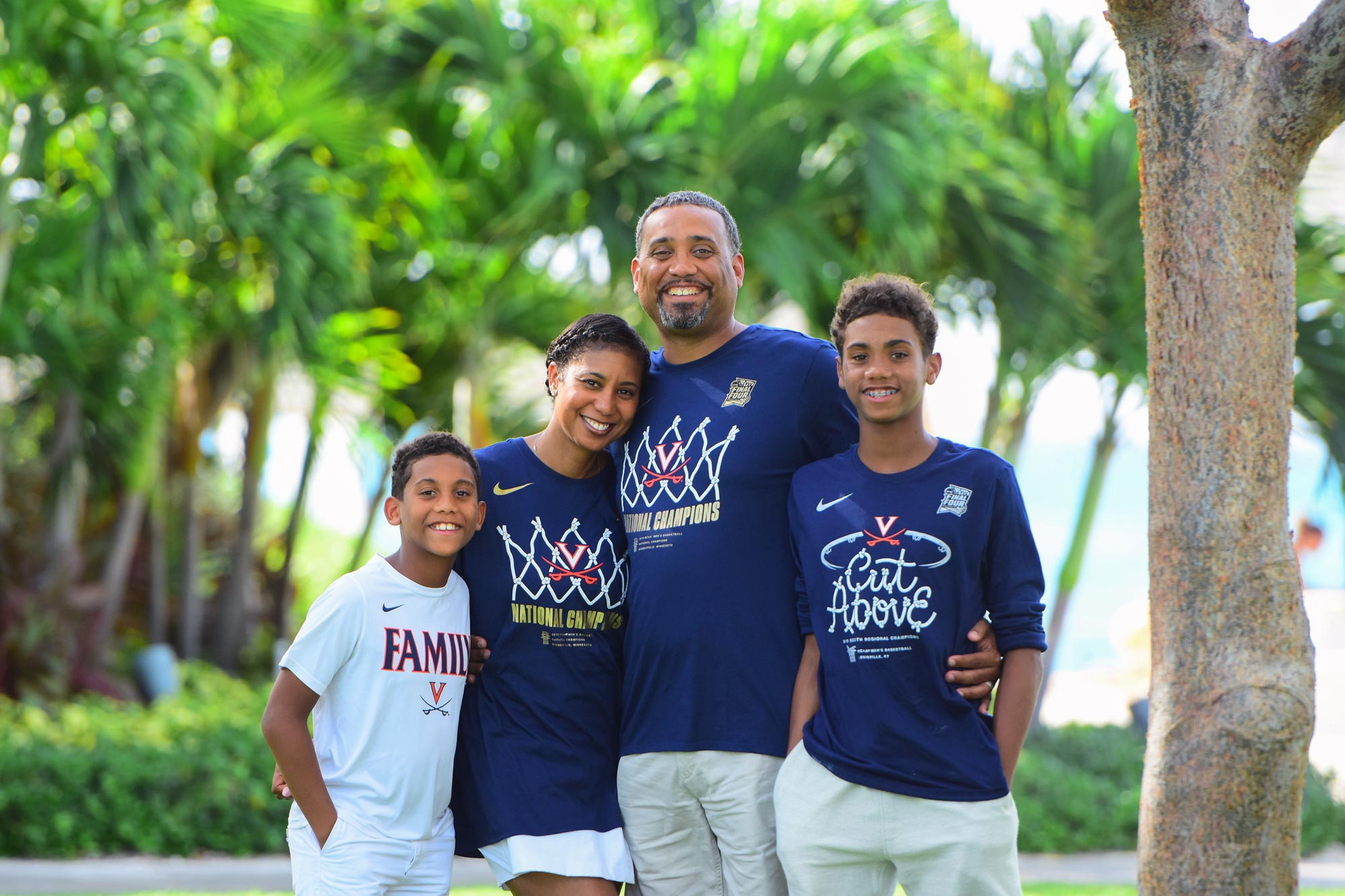 When Kwamina Williford was diagnosed with breast cancer in August, her husband, University of Virginia assistant basketball coach Jason Williford, told his fellow staff members that he probably wasn’t going to be at John Paul Jones Arena as often as usual because he wanted to go with Kwamina to her appointments and be by her side every step of the way.

Before Kwamina knew it, she had a whole community of cancer survivors within the UVA athletic community.

“Just knowing that these others had been through it, are going through it and were there as a resource … it was tremendous to have that support,” Kwamina Williford said.

In the spirit of “paying it forward,” the UVA alumna, normally a very private person, decided to go public with her story earlier this week – along with several members from the UVA athletic department – as part of Coaches vs. Cancer week.

The mother of two, who met Jason when they were UVA students, said it was an easy choice.

“If retelling this story enables somebody to get that mammogram that they were putting off because it’s not comfortable or whatever the case … hopefully I can help people be more proactive about their health,” she said.

“Early detection definitely saves lives. In my instance, it was definitely a game-changer.”

“Whatever we raise will be great – it will go toward cancer research and services. But ultimately this about bringing awareness and sharing our stories. It’s about getting early testing and just being on top of your health and taking care of yourself.”

It was about a year and a half ago when the 43-year-old Kwamina Williford – who had no history of cancer in her family – first detected a lump on her right breast. It turned out to be benign.

Nonetheless, Williford’s doctors at the UVA Cancer Center suggested she start coming in for regular mammograms.

It was at one such appointment in August when doctors found cancer in her left breast. The benign lump in Williford’s right breast had been a blessing in disguise.

“That was there for a reason,” she said. “It was there to flag us and be aware. It was because of that we were able to catch what we couldn’t see or feel.”

That didn’t make the diagnosis any easier to swallow. “It rocked us,” said Jason Williford, who just a few months before had helped lead the Cavaliers to their first-ever NCAA championship. “It came out of nowhere. We had just come back from vacation. To get that news was tough.”

Williford said he knew right away when Kwamina called him that the news wasn’t good. There was just something in her voice.

“I told her, ‘We’re going to get through this, we’ll fight it, we’re going to be fine and I’m with you every step of the way,’” he said.

Shortly after, Bennett told Williford to take whatever time he needed.

“We’re a family,” Williford said. “The UVA family has been a huge support. Quite honestly, it’s always been that way since my playing days. There is no better place to be than at UVA Hospital. The care we got was phenomenal. From day one, a great group was assembled to help us get through it. They’ve been awesome. It’s been awesome.”

Initially, the Willifords waited to tell their sons, Austin, 13, and Cameron, 10. But after his parents made several trips to the hospital for X-rays, MRIs and biopsies, Austin had started to suspect something was wrong.

A short time later, they told them everything that was happening.

“Cameron just hugged on her every day after we told him,” Jason Williford said. “I think that helped her get through that. He was very affectionate, and she needed that.”

Through the ordeal, the Willifords couldn’t help but think of children who have cancer. They couldn’t imagine what it would be like if one of their boys ever had it.

It was another reason why the Willifords wanted to join other members of the UVA athletics family in sharing their story.

“I think there are a lot of people who have gone through this, and everyone processes it differently,” Jason Williford said. “Not everyone talks about it and makes it public. Kwamina is very private, but was comfortable in telling this to bring more awareness with the small platform that we do have.”

Kwamina has a good prognosis. The cancer was caught extremely early. Now her goal is to make people as proactive about their health as she was.

“The most important thing is just being aware,” she said. “I may look healthy from the outside or whatever, but you just never really know what may be going on inside.”

As part of Coaches vs. Cancer week, the UVA basketball program has a goal of raising $50,000 to support the American Cancer Society’s fight against childhood cancer. As of Thursday morning, $6,999 had been raised. The fundraiser ends Sunday.

“Whatever we raise will be great – it will go toward cancer research and services,” Jason Williford said. “But ultimately this is about bringing awareness and sharing our stories.

“It’s about getting early testing and just being on top of your health and taking care of yourself.”

A Year We Will Never Forget: 2019-20 in Review END_OF_DOCUMENT_TOKEN_TO_BE_REPLACED

‘What Will You Carry With You?’ Remarks From UVA President Jim Ryan END_OF_DOCUMENT_TOKEN_TO_BE_REPLACED