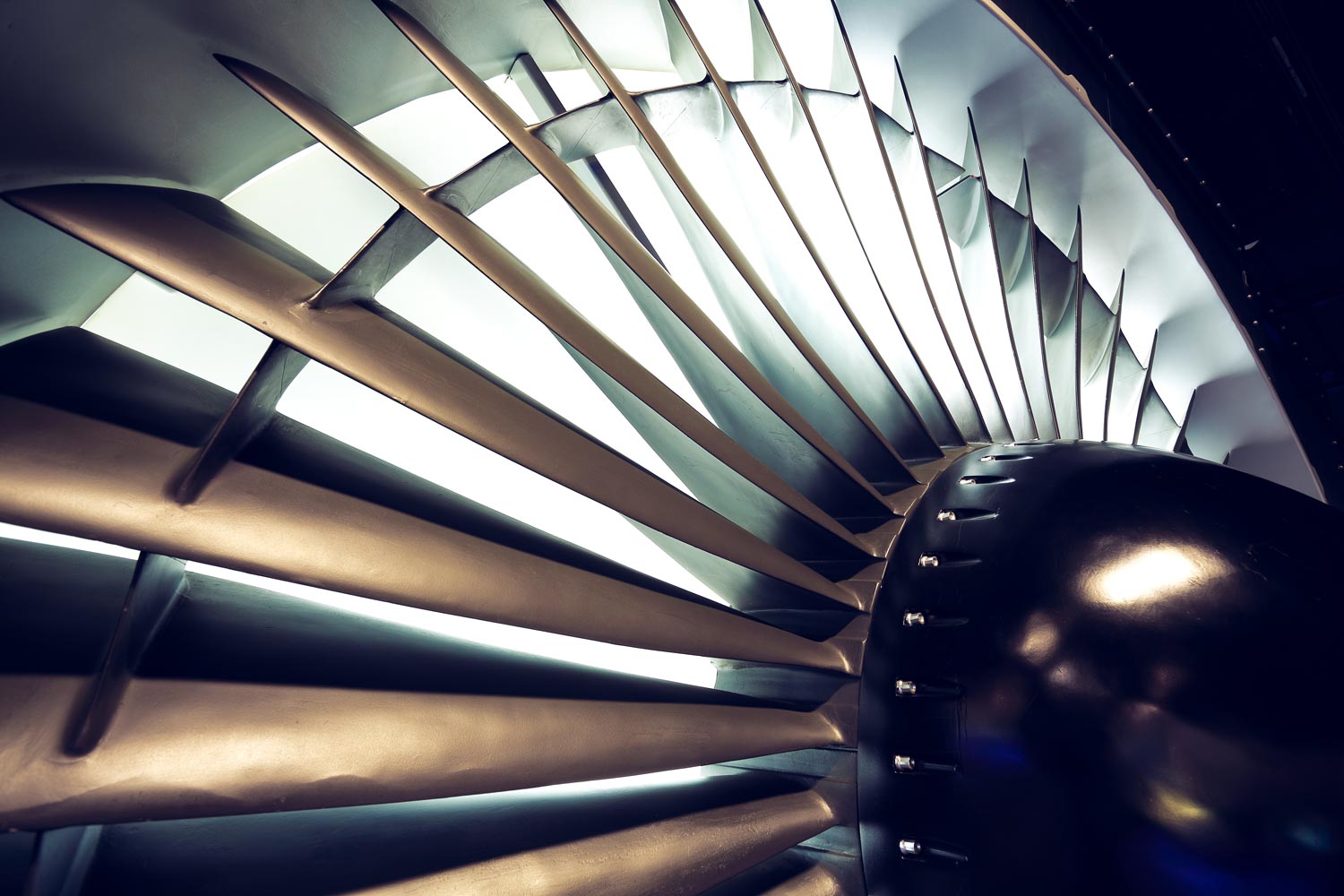 When studying art conservation as an undergraduate, Rebekah Webster eventually realized she was more interested in the chemistry that led to changes such as degraded colors in paintings.

In graduate school, she shifted her focus to a different kind of corrosion – what happens inside jet engines.

She’s gaining a better understanding of corrosion processes in professor Elizabeth Opila’s lab in the University of Virginia’s Department of Materials Science and Engineering.

Right now, ceramic matrix composites’ lighter weight and greater heat tolerance places them among the leading replacement materials for the nickel-based superalloys currently used in jet engines. The hotter the combustion, the more efficient the engine. 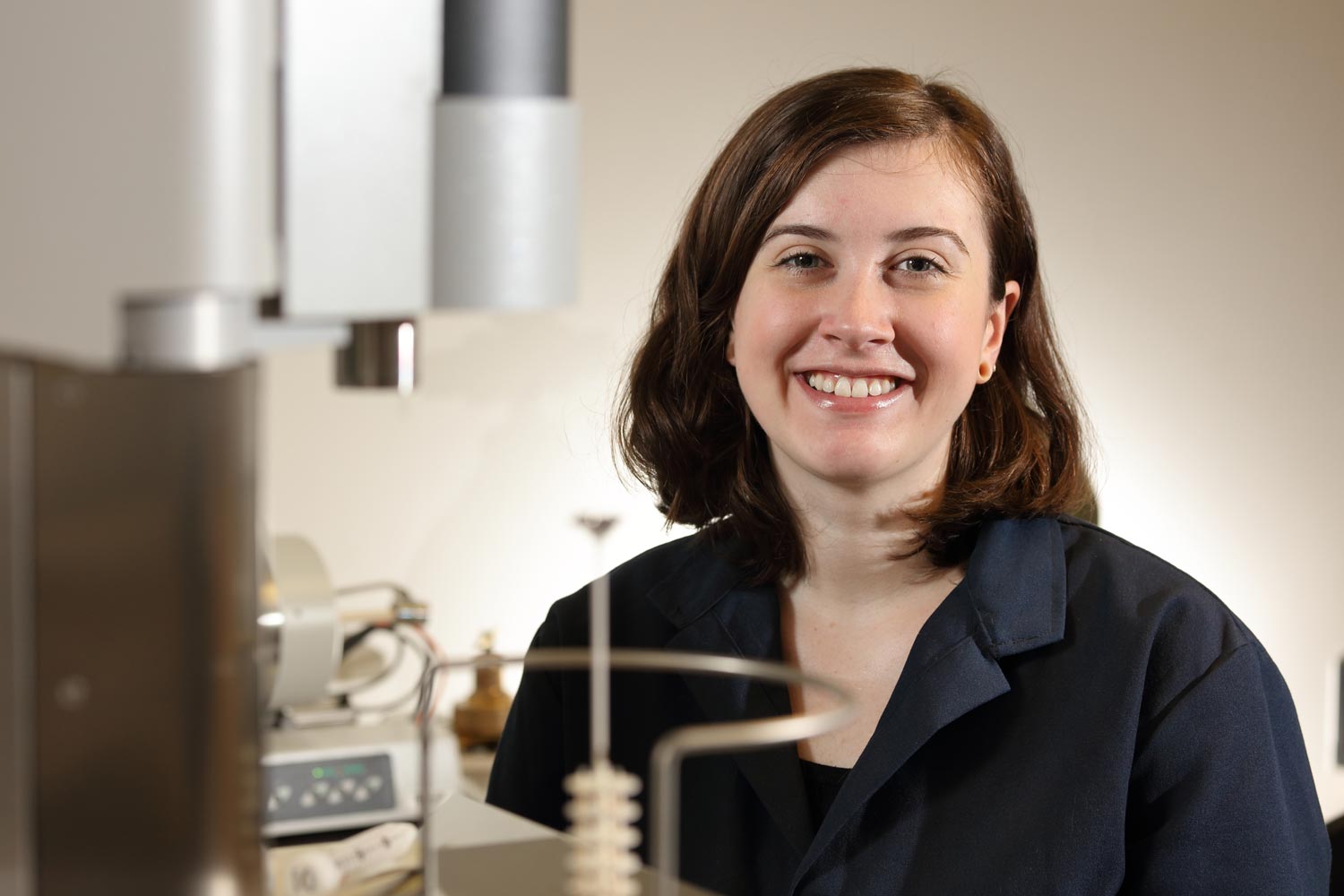 These contaminants are referred to collectively as calcium magnesium alumino-silicate, which melts in the engines, leading to penetration and failure of their environmental barrier coatings. “Our goal is to devise a mitigating strategy,” Webster said.

Her prime coating candidates are rare earth silicates, materials that can cause the melted contaminants to crystalize on the barrier coating – essentially sealing the surface. She is experimenting with the chemistry and microstructure of these materials and characterizing their behavior in contact with contaminants of varying composition.

Rolls-Royce is supplying a viscometer that she will use this year to determine the viscosity of molten calcium magnesium alumino-silicate with varying compositions and to determine if this characteristic has an effect on its infiltration of environmental barrier coatings.

Webster has benefited from UVA’s membership in the Rolls-Royce University Technology Center network in other ways. Along with fellow graduate students supported by the company, she was invited to attend “Ph.D. Day” at Rolls-Royce’s Indianapolis campus.

“We met Rolls-Royce employees, presented our research and got to know Rolls-Royce-funded students from other universities,” Webster said. “It was a great opportunity for career development and networking.”

Sitting in the warm cabin of a commercial jet airplane, it is hard to imagine just how cold it is outside. At typical cruising altitude, the thermometer drops to as low as minus-40 degrees Fahrenheit.

At those temperatures, it is not surprising ice build-up on the frontal components and inside the core of jet engines has been implicated in multiple cases of engine surges, decelerations and stalls and more than 140 documented engine failures, according to NASA. This represents a minute percentage of total flights, and pilots were able to recover power in each case. But the prospect of the catastrophic failure of even a single aircraft remains a major concern for the airline industry and government regulators.

Edem Tetteh, a graduate student in UVA’s Department of Mechanical and Aerospace Engineering, is working with Rolls-Royce Commonwealth Professor and department chair Eric Loth to develop a coating that could be applied to engine surfaces to minimize ice accretion and adhesion.

“This is a difficult question, because the conditions at different parts of the engine vary considerably along the flow path,” Tetteh said.

Rolls-Royce sponsors his research as part of the support it provides to UVA for participating in the company’s global network of University Technology Centers.

The coating, initially created by Tetteh’s colleagues, exhibits low ice adhesion even at temperatures below freezing, enabling it to shed ice from the coated surface. Tetteh’s job is to further characterize this coating by determining as precisely as he can the amount of horizontal and vertical force required to remove the ice. To spotlight the difference the coating makes, he is performing his analysis on coated and uncoated specimens. 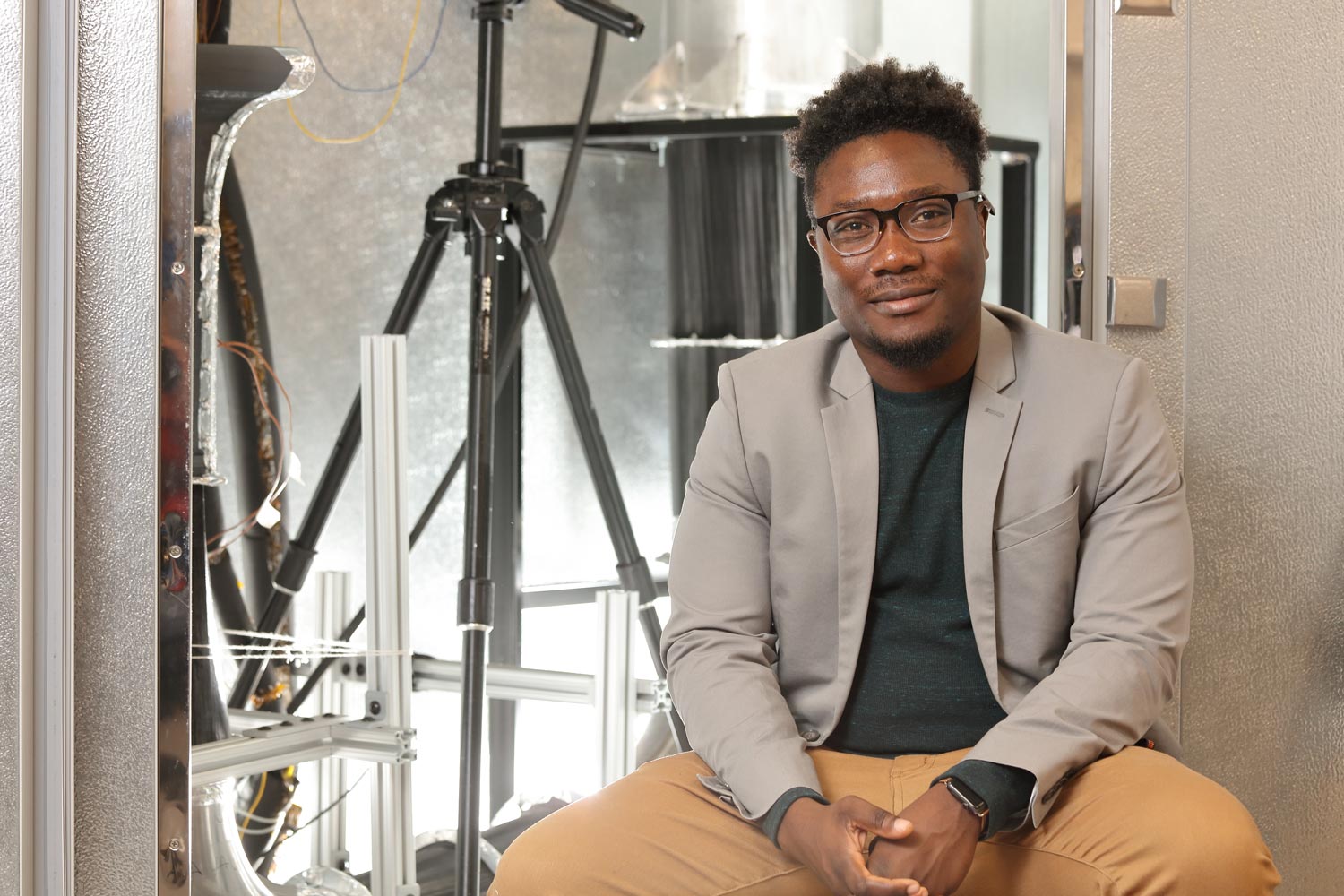 In conducting this investigation, Tetteh must contend with a number of variables. As the temperature drops, the nature of the ice and the quality of its bond to the surface changes. The quality of the bond is also affected by wind velocity. Tetteh is testing his samples in an in-house designed and 3-D-printed compact icing research tunnel that is part of Loth’s Fluids Research and Innovation Laboratory’s icing facility. Tetteh is also considering the effects of different water droplet sizes.

“Once we understand how these different variables influence the effectiveness of the coating, we can have a better idea of where in the engine it can be best applied,” he said.

Tetteh acknowledges that the deployment of the coating will be subject to real-world restraints. “We might come up with a solution that works, but if it is not cost-effective to produce, it won’t be used,” he said.

For Tetteh, one of the advantages of working on Rolls-Royce-sponsored research is the amount of input and guidance he receives. In addition to Loth, a project director from Roll-Royce also oversees the project. They talk regularly to discuss progress.

Equally important, the project is giving Tetteh a window into the priorities of a large corporation.

“I hope to move into industry when I finish my doctorate,” he said. “This experience is giving me a firsthand understanding of the company perspective. It’s been invaluable.”

A Year We Will Never Forget: 2019-20 in Review END_OF_DOCUMENT_TOKEN_TO_BE_REPLACED

‘What Will You Carry With You?’ Remarks From UVA President Jim Ryan END_OF_DOCUMENT_TOKEN_TO_BE_REPLACED