Courses Challenge What It Means to ‘Be a Man’ 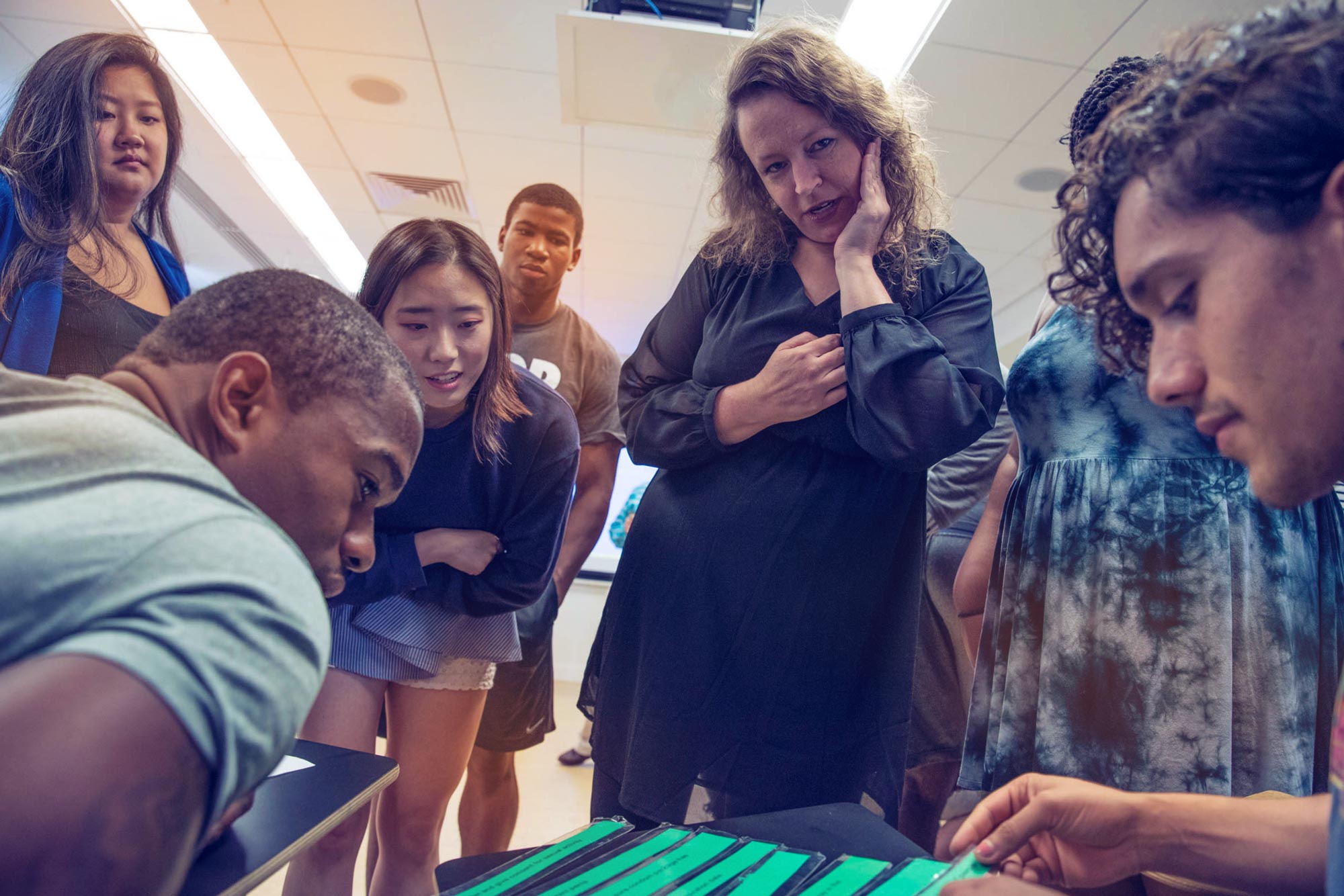 Lisa Speidel, who earned her Ph.D. in 2010 at UVA’s Curry School of Education, has taught “Men and Masculinities” every semester for four years to challenge assumptions about masculinity. (Photos by Sanjay Suchak, University Communications)

What does it mean to “be a man,” and why does it matter? The answer is more complicated than you might think, but it’s a topic that students in two University of Virginia courses have taken head-on.

One of the summer-term courses took a more philosophical approach and the other a more psychosocial approach, with some overlap, examining ideas about what it means to “be a man.” Matthew Andler, a doctoral student in the Department of Philosophy, just finished teaching “Masculinity.” At the same time, Lisa Speidel, a full-time lecturer in the Department of Women, Gender and Sexuality, taught “Men and Masculinities.”

Masculinity is generally defined as a combination of biological and social characteristics or learned behavior. Students in the summer courses explore that it’s not just a matter of biology and physical traits; there are too many variations and exceptions to a simple dual model of male and female. Concepts of masculinity and femininity also vary among cultures, and over time within the same culture. For instance, upper-class male fashion in Thomas Jefferson’s time included lacy shirts, wigs and stockings – items that would not be considered manly today. 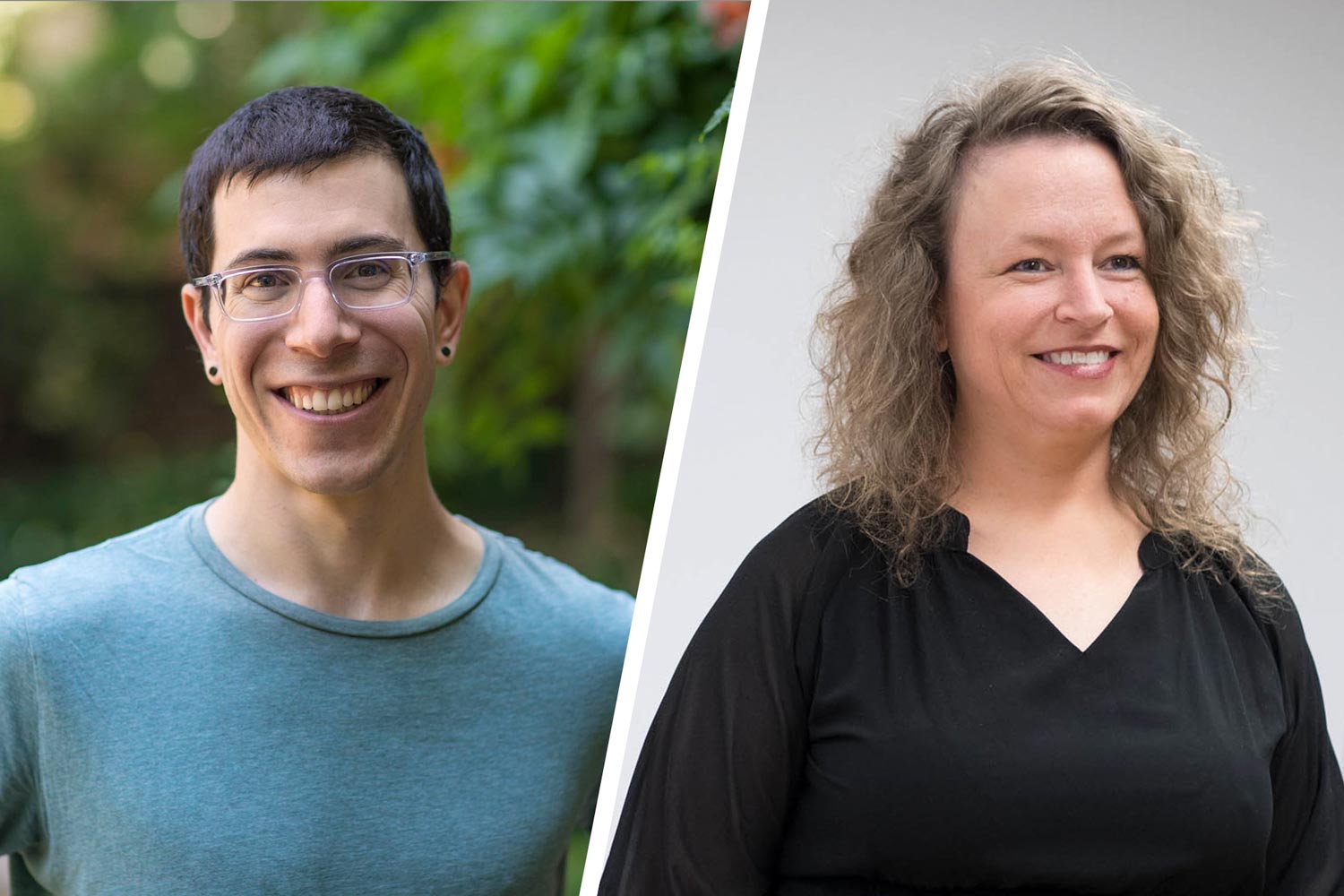 People may seem to favor simplistic explanations of what constitutes a man or woman. However, as changes in society have shown, definitions get complicated, especially when homosexuality and transgenderism are considered, the course instructors agreed.

Speidel, who has taught her course every semester for four years, got involved in the topic from more than 20 years in anti-sexual violence advocacy. She worked for the Sexual Assault Resource Agency for nine years, including leading training programs at UVA and working with sexual assault peer education groups on Grounds. Being a teaching assistant for now-retired professor Bob Covert’s popular course on multicultural education while a doctoral student in social foundations at UVA’s Curry School of Education also influenced her approach, she said, as did her scholarship in women’s studies. She also taught the multicultural education course after getting her Ph.D. in 2010.

Andler, who is teaching his course on masculinity for the first time, emphasized the importance of feminist philosophy to the study of men and masculinity. He claimed “men are not oppressed along the axis of gender. The very social structures that, in part, cause unhealthy masculinities are also central to patriarchy. Although men are privileged in a gender hierarchy, gender roles, norms and symbols can negatively affect men.”

Speidel calls it “the man box” – stereotypical expectations that define men in certain ways; if there’s something about them that’s outside the box, they might suffer for it. It’s a big contributing factor in bullying and violence, she said. Words associated with femaleness, femininity and homosexuality are used to put down boys and young men, which is negative for everyone.

In their classes, which wrapped up last week, both teachers sought to provide an open atmosphere for discussion, even as they challenged traditional assumptions.

“Personally, I want all types of people in this class,” Speidel said.

Isaiah Wilkins, a member of the UVA men’s basketball team who took Speidel’s class, said, “The class really opened my eyes to different struggles that people are facing. I feel like it’s so easy to get caught up in yourself, and this class really pushed me to consider other people.”

Wilkins, who’s majoring in African-American studies and minoring in women, gender and sexuality, said he appreciated the way Speidel went about addressing topics that could possibly be controversial. 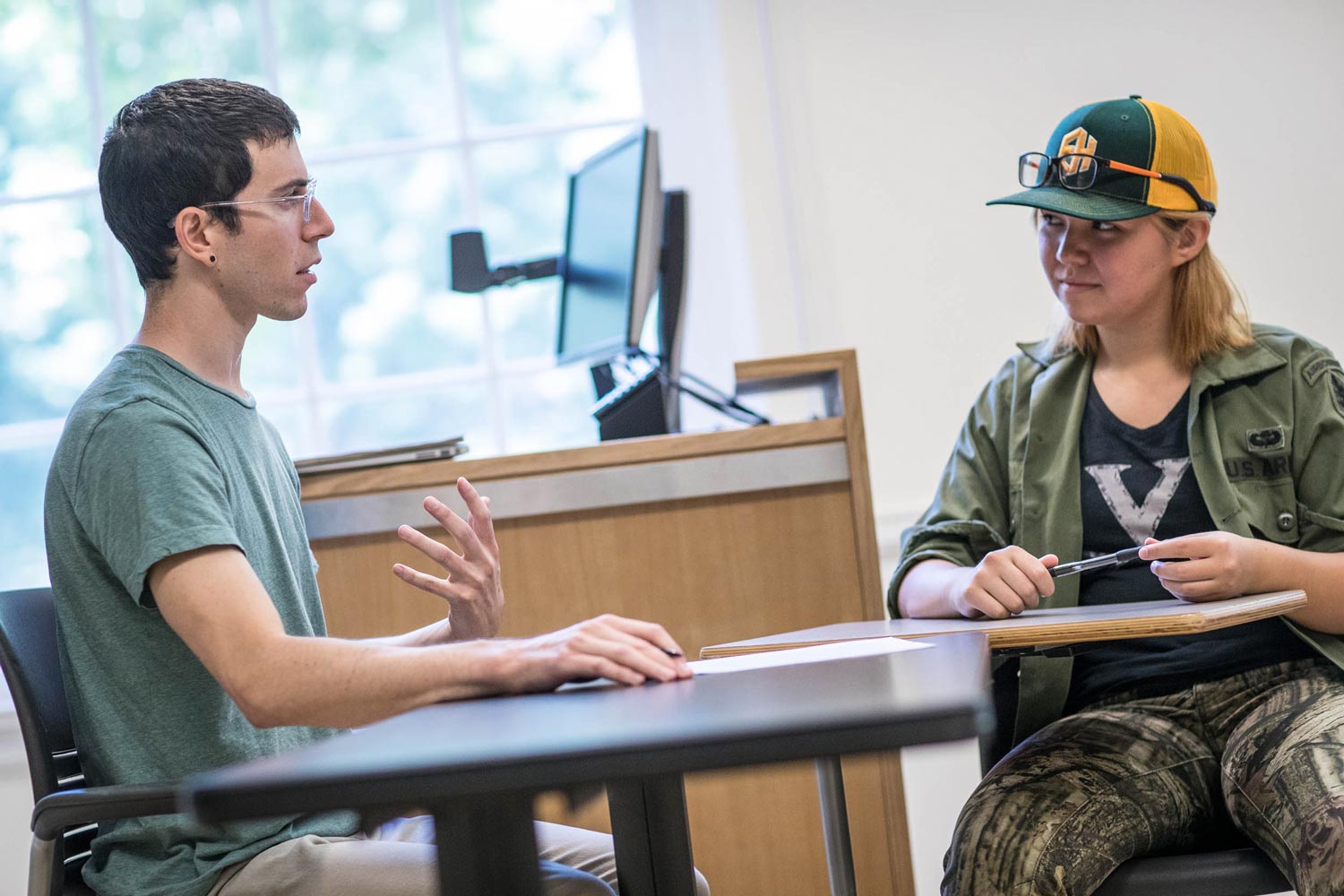 Matthew Andler, a doctoral student in philosophy who taught a summer course on “Masculinity,” talked with Sardana Coyle, a rising second-year student from Mathias, West Virginia after class.

“Growing up, I never thought twice about my gender,” said Jordan Ferbrache, a recent UVA graduate who took the class last summer. “After reading the description of [Speidel’s] course, I realized that this class could turn my attention to a topic that I would not have pondered on my own.”

Ferbrache said the course was one his favorites. “I would recommend that everyone take it,” he said. “Furthermore, I would highly encourage those who are NOT interested. Those who are not interested would be surprised how interesting and applicable this subject is to everyday life.”

He said the class gave him an awareness he had not previously had. “One thing I have learned is that we subconsciously know most of the material (men have feelings, the man-box). However, our society has buried that knowledge so deep that many people have trained themselves to think that acting according to our gender is a norm.”

Although not much has been written about masculinity in the discipline of philosophy, Andler is pursuing philosophical research on the topic. “We proficiently employ concepts of masculinity, but what is masculinity? Just as is the case for justice, free-will, existence, etc., we can’t answer the question simply by opening a dictionary,” he said.

Speidel said one of the main objectives of her course was to get students thinking about how to promote healthy masculinity. For instance, a movement called Men Can Stop Rape enlists men to be allies against sexual violence and promotes using their strength in supportive ways. Or looking at courage, often considered a masculine trait, Speidel encourages more men to have the courage to speak up as bystanders.

Another of Speidel’s students, rising fourth-year Haden Parrish, who is double-majoring in sociology and African and African-American studies, has worked as a resident assistant and as a “big brother” to local middle-school boys in the Men’s Leadership Project, a program of UVA’s Maxine Platzer Lynn Women’s Center.

“This class seemed like a great opportunity to process my experiences, learn for the future and contribute to the conversation,” he said. “A key part of the class philosophy is that while men do have so much male privilege, not all of masculinity is positive, and understanding when it can be toxic is one step to furthering equality for all genders.

“As a man and as a person, that is something I can apply to my everyday life.”