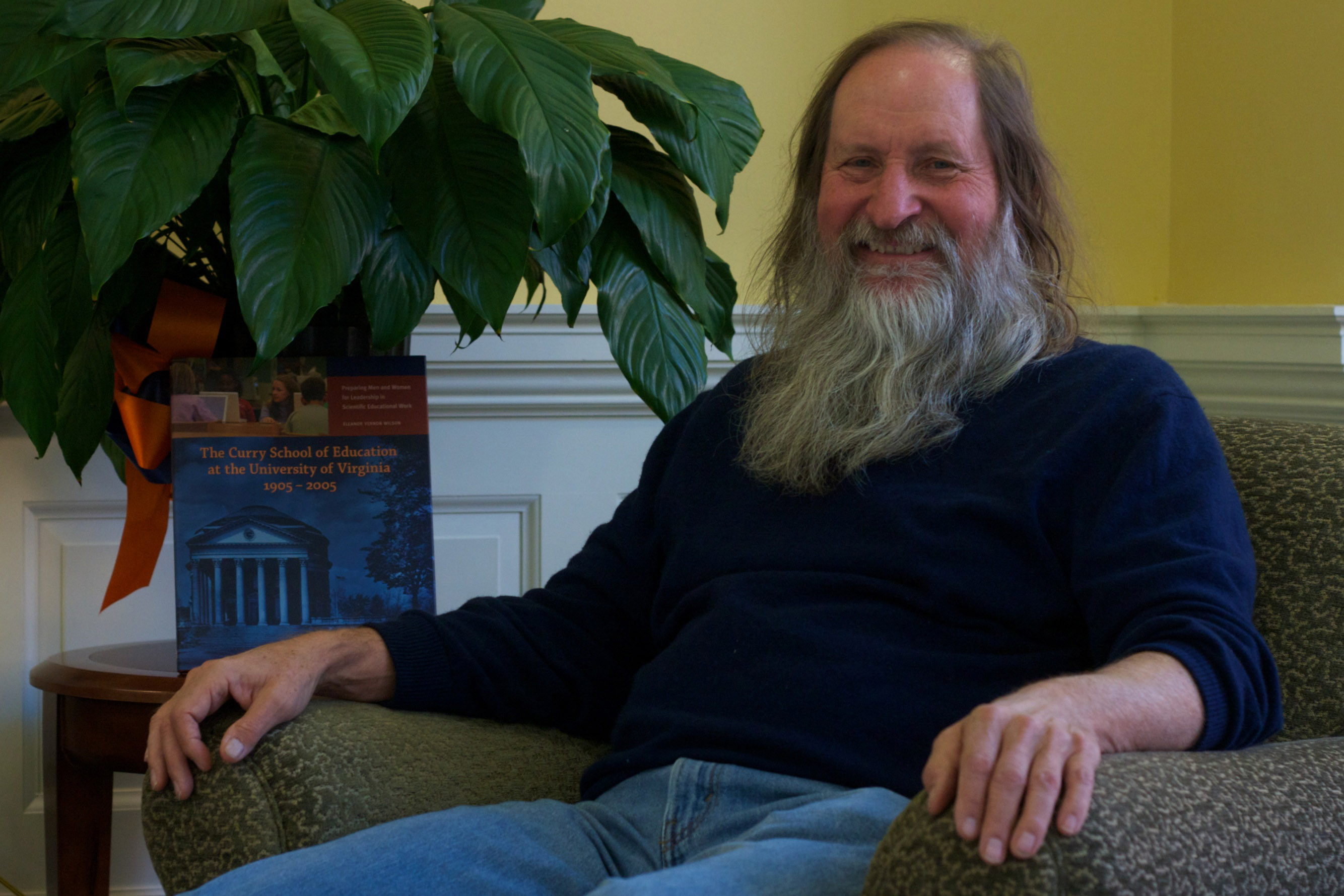 February 27, 2012 — Robert Covert, an associate professor in the University of Virginia's Curry School of Education, will be the 2012 recipient of the John T. Casteen III Diversity Equity Inclusion Leadership Award. The award will be presented March 16 at a private luncheon.

Administered by U.Va.'s Office for Diversity and Equity, the award was established in honor of Casteen, the former president who was its inaugural recipient in 2010. It recognizes a student, faculty or staff member who has demonstrated a deep commitment to diversity in the U.Va. community.

Besides playing a leadership role in increasing diversity, other criteria for the award include working for equity and inclusion at U.Va. and making a sustainable and quantifiable impact in these areas.

For more than 20 years, Covert has taught what has become his signature class, "Multicultural Education." It is designed "to prepare students to engage in critical discourse and reflection needed to develop cultural competence in an increasingly diverse educational milieu," wrote Stanley C. Trent, associate professor and assistant dean for diversity and equity in the Curry School.

Covert "has touched the lives of thousands of students, faculty, staff, alumni and citizens. He has been an indefatigable advocate for equity and inclusion," wrote Curry Dean Robert C. Pianta and Rebecca Kneedler, an associate dean. "Bob Covert is a model of effective leadership for what this award was designed to honor."

Diane Whaley, a Curry School colleague and another of Covert's nominators, said he has advocated across a broad range of diversity issues, including race, class, sexual orientation, ethnicity and ability. "He has shown a long and sustained commitment and passion for diversity at the University of Virginia," she wrote.

Covert called the award "a big honor." But after letting the news sink in, he was out of his office and back to his mission. "We've got a long way to go," he said.

"I have come to know Bob as a man who has championed the cause of diversity and equity in all aspects of University life," wrote Trent, who is in a position to know. In the late 1980s, he was a teaching assistant for Covert the first time he taught the course. There were about eight students, recalled Trent, who joined the Curry faculty in 1997.

Now, the class swells each semester to about 400 students from disciplines across Grounds, with hundreds more on a waiting list. Offered in several sections, the large classes are further broken down into discussion groups led by student-facilitators who have already taken the course.

He started a similar one-credit course, "Dialog on Diversity," for first-year students, designed to expose the University's newest members to the skills they need to live and learn in a diverse community.

As graduate students, Lisa Speidel and Pam Lobb attended Covert's Multicultural Education Summer Institute for Teachers several years ago, and were so impressed with his teaching methods they became T.A.s for his course. Currently adjunct professors, they still work with him as co-teachers.

"Our experience with Dr. Covert has taught us the value and importance of mutual respect of difference, understanding systemic inequality and to examine our own biases, which has made us both better educators," Lobb and Speidel wrote in endorsing Covert for the diversity award.

He also incorporated a community service component in which students choose a volunteer activity that will further their learning and the goals of diversity. When the Day in the Life program, began almost 10 years ago to provide tutoring and mentoring to middle-school students, Covert supported the group by recommending his students participate for their community service.

"I believe we all have a moral and personal responsibility to give back to the community," he said.

Covert's teaching style, combined with a varied curriculum that the class uses to discuss diversity issues and social justice, instills "a lifelong quest of becoming multiculturally competent," Speidel and Lobb wrote. Students in their course evaluations consistently write that the course will have an impact on them for the rest of their lives.

"With every person I see, some aspect of the class comes up, and I try to use what we have learned outside the class all the time," one student wrote.

Several U.Va. education professors and graduate students have conducted or are conducting research on the course's impact, including associate professor Sandra Lopez-Baez, who said, "In allowing us access to his students, he created an opportunity to better understand how students learn about themselves and diversity in a course designed for that purpose."

Covert's nominators stressed how much he has given back to the community over the years. In the Curry School, more than 10 years ago, he organized a committee to bring more visibility to diversity issues and to help efforts to increase the diversity of the faculty. He also started a Curry Community Committee that plans events to bring faculty, staff and students together. He has served on other diversity-related committees and commissions over the past 20 years.

"He has been a steady, persistent voice that helped us over many years to re-examine our common practices and to re-evaluate more honestly our policies and procedures," Pianta and Kneedler wrote.

Last year, the University's Equal Opportunity Programs office recognized him with an EOP Champion Award and in 2010, U.Va.'s LGBT Resource Center gave him the V. Shamim Sisson Ally Award, for his support of lesbian and gay students. Ten years ago, the Charlottesville Daily Progress included him among its annual "Distinguished Dozen" for his commitment to diversity.

"It would be difficult to find a diversity-related program at the University of Virginia that has not been touched by Bob Covert," Whaley said.

Meet the New Cavalier on Horseback: She’s Eager To ‘Carry On a Legacy’ END_OF_DOCUMENT_TOKEN_TO_BE_REPLACED

Housing Changes Are a Breath of Fresh, Cool Air – Especially for Lawnies END_OF_DOCUMENT_TOKEN_TO_BE_REPLACED

Virginia Football – For All Virginia END_OF_DOCUMENT_TOKEN_TO_BE_REPLACED