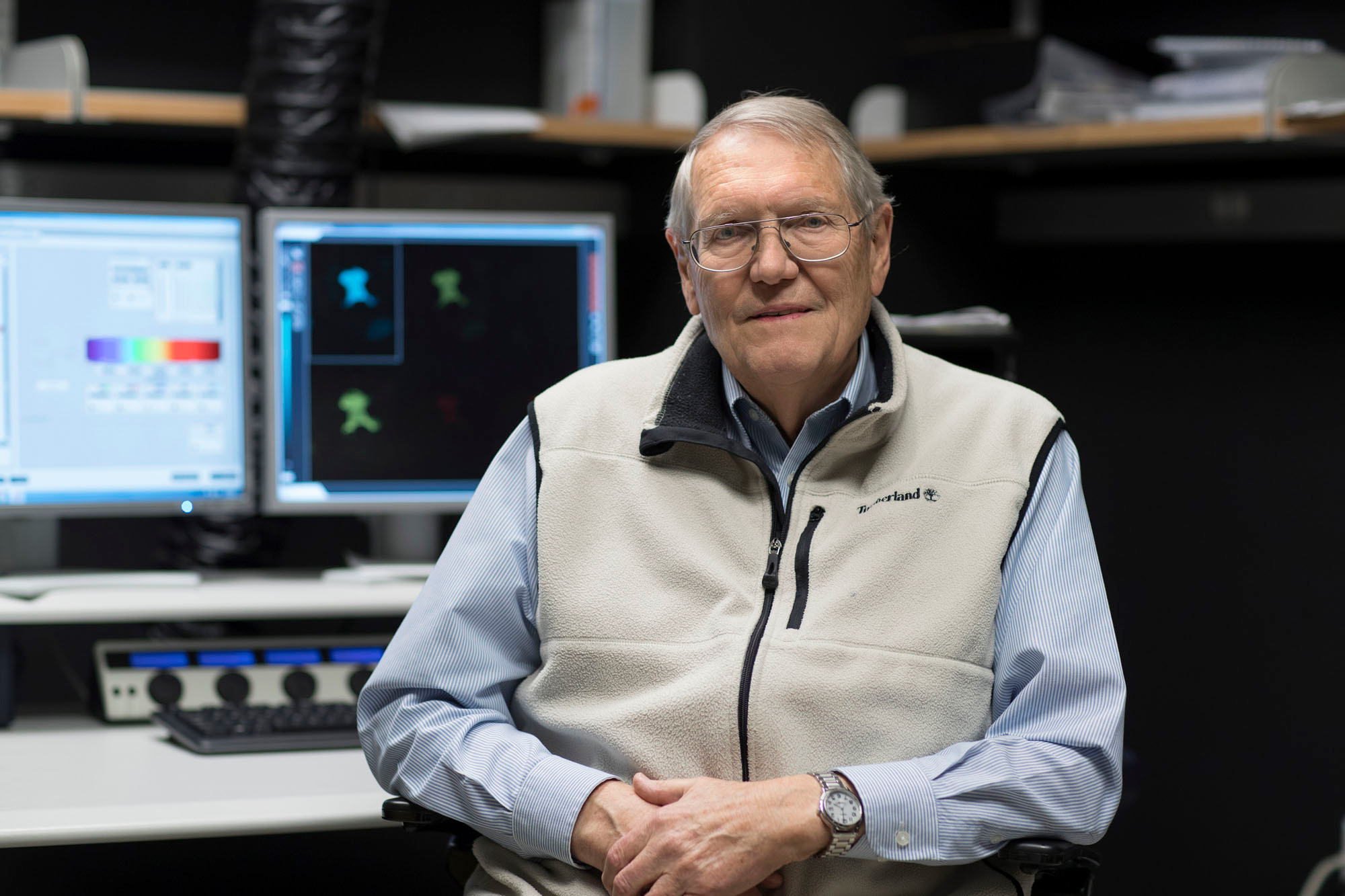 Horst Wallrabe didn’t always plan to become a scientist, but curiosity got the best of him.

After a 40-year career as a business executive, Wallrabe, then 60, began taking undergraduate science classes at the University of Virginia in 1997 through its Community Scholars Program. He also later did informal graduate studies.

“I’m driven by curiosity,” he said, describing himself as a “citizen scholar.”

For more than 18 years now, he has satisfied his curiosity as a full-time volunteer staff researcher in UVA’s biology department and at UVA’s Keck Center for Cellular Imaging. There he plays a significant role in helping UVA scientists make important discoveries into how cells communicate with each other and multiply. The center’s high-tech microscopy allows high-resolution visualizations of the inner workings of cells important to the understanding and control of multiple diseases, from Alzheimer’s to diabetes and cancer.

“The hottest area of science in my opinion is in cell biology, because everything that happens in the body occurs first at the cellular level,” Wallrabe said.

He came to UVA by way of a long and winding road across four continents.

As a youth in his native Germany, he always wanted to travel, and he figured out that international business would be one way to do that. He earned the German equivalent of an MBA and took a position with an export company in Rangoon, Burma (now called Yangon, Myanmar). After two years there, negotiating licenses and the like for various products, he “got out” in 1961, just as a violent military coup was beginning.

He returned to Germany and married a woman named Hannelore, nicknamed “Niqui.” Then, he says, “somehow my wife got pregnant.” With twins in tow, and a job with the pharmaceutical company Bayer, the couple headed to South Africa, where Wallrabe led business-side efforts and had his first professional exposure to science – ridding herdsmen of tapeworm infestations with Bayer’s one-dose drug.

“That’s when I got involved in working with scientists,” he said. “My interest was piqued.”

He and his family eventually came to the United States, after a 20-year stint for Bayer in the United Kingdom. Wallrabe became president of Bayer USA, based in West Haven, Connecticut. He managed a growing multi-million-dollar operation, which included 5,000 employees at plants across the U.S. and Canada. One of the highlights of his 25-year career with that company was in developing the powerful antibiotic ciprofloxacin and winning FDA approval for its use.

“Serving as president was a multifaceted job where I had to bring experts together to deal with the science as well as the business and legal challenges of drug development,” Wallrabe said. “One thing I learned was that I had to be involved with the science, which I loved.”

As he approached retirement, he realized that he wanted to do hands-on research.

“I’d been missing out on the fun,” he said. “Science is about exploring areas where no one has ever been, and that’s what I wanted to do.”

In his now two decades as a student and volunteer staff member at UVA, Wallrabe is known not only for his expertise, but also for his work ethic. He often puts in more hours than paid staff, to the amazement of Keck Center director and biology professor Ammasi Periasamy.

“I tell my students and postdocs, if you want to become good at imaging cells, learn from Horst and watch how hard he works,” Periasamy said. “He is a role model to my group and to the visiting students and staff who use our facility.”

Periasamy said Wallrabe never hesitates to express his views on how to be successful, bringing his industry experience to the management of the Keck Center and serving as a mentor to students. Wallrabe also teaches a graduate microscopy course, and is an organizer and instructor for a weeklong international microscopy workshop held each year at the Keck Center.

And he has proven to be a highly valuable contributor to the refinement and improvement of cell imaging techniques. Wallrabe is the lead author or co-author of 15 journal articles and 18 book chapters and conference proceedings. He also is a sought-after expert speaker in his specialty, Förster resonance energy transfer, or FRET, a high-resolution cell imaging technology. In fact, he’s presenting this week at a conference in San Francisco.

At 79, and married 56 years, Wallrabe has no plans to slow down.

A Year We Will Never Forget: 2019-20 in Review END_OF_DOCUMENT_TOKEN_TO_BE_REPLACED

‘What Will You Carry With You?’ Remarks From UVA President Jim Ryan END_OF_DOCUMENT_TOKEN_TO_BE_REPLACED 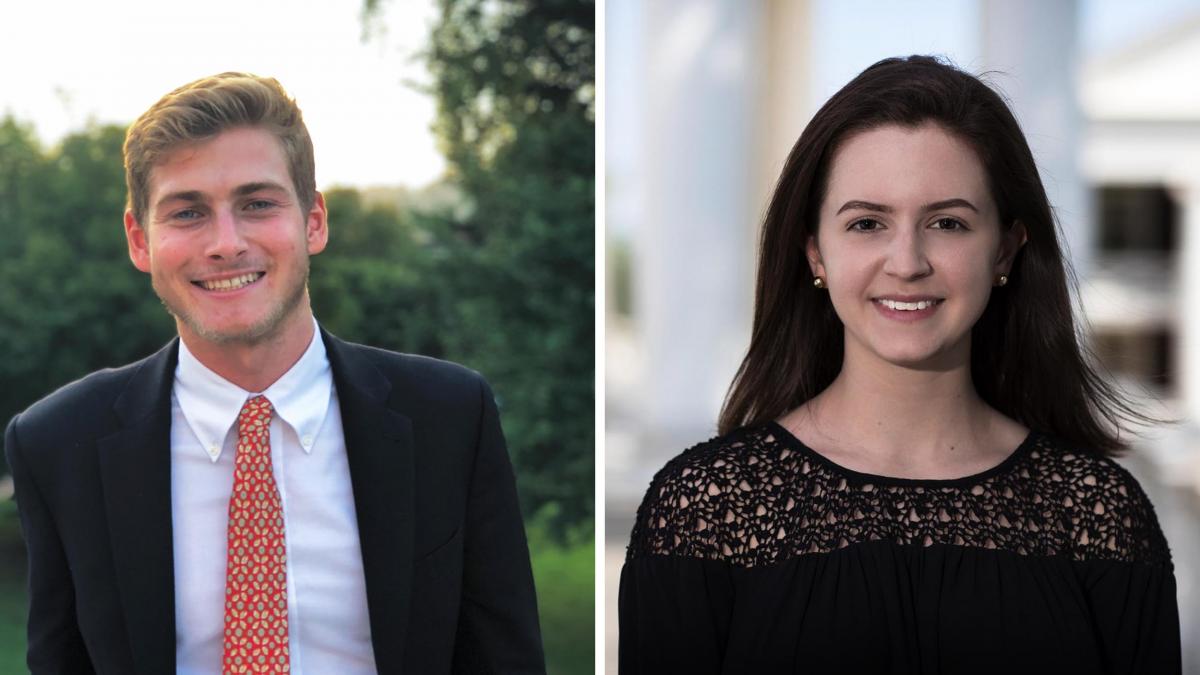