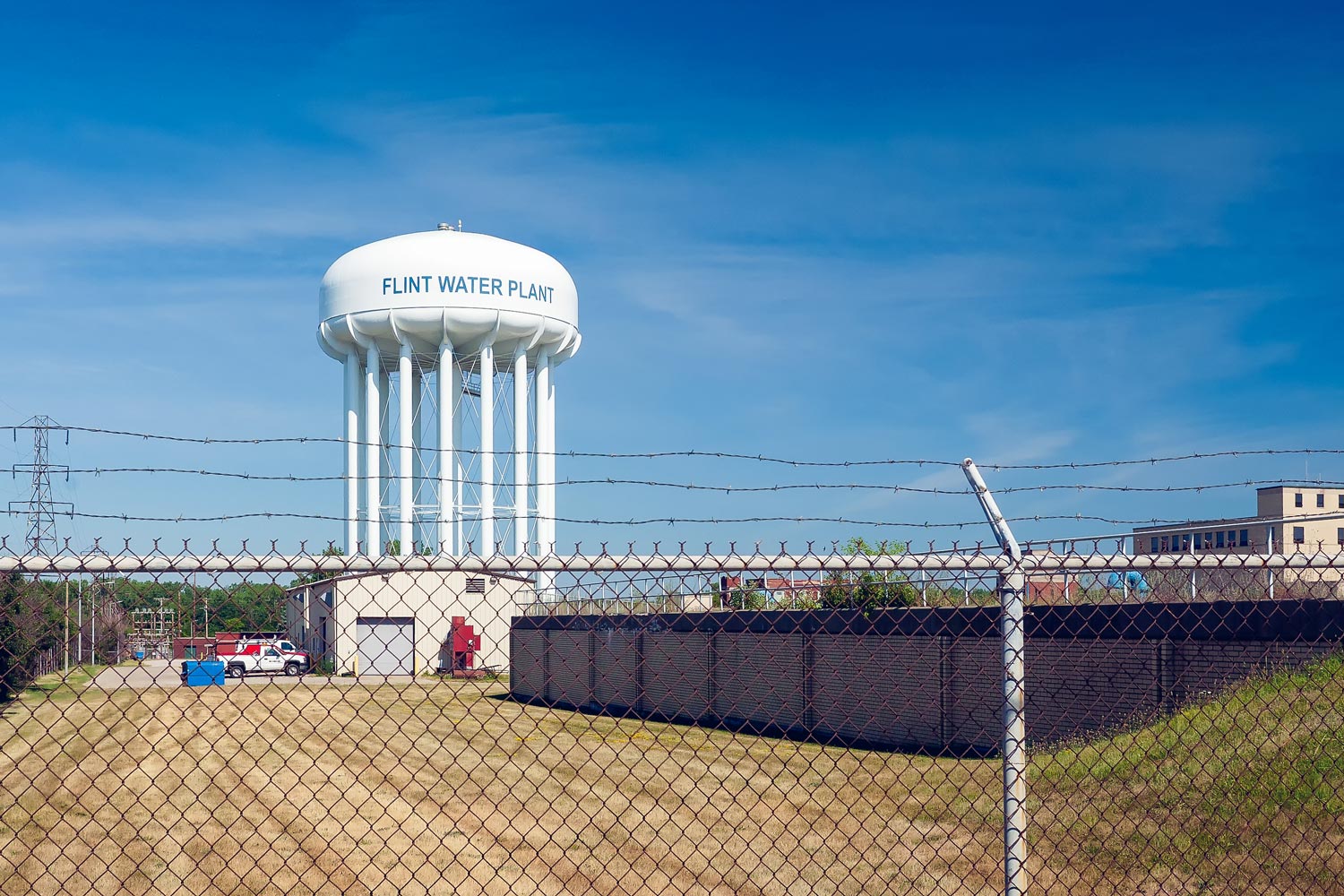 On April 12 in a U.S. District Court in Detroit, a judge ordered a landmark partial settlement enabling up to 30,000 children in nearby Flint to be screened to determine whether they need further neurodevelopmental tests to assess the lead burden that each child now carries due to the city’s well-publicized water crisis.

Gail E. Lovette and Bill Therrien, faculty members at the University of Virginia’s Curry School of Education, have played key roles in the case, which began in 2016 when the ACLU of Michigan, the Education Law Center and White & Case LLP filed a class-action civil rights lawsuit on behalf of children in the Flint Community School District, asserting violations of federal and state education laws.

For Lovette, Therrien and the legal team, this partial settlement was the first step in a long process to care for the children and students of Flint. But it was a significant one.

Some background: In April 2014, the State of Michigan switched Flint’s water source from one of Michigan’s Great Lakes to the Flint River. The failure of the state to apply corrosion treatment to the river water caused lead from the lining of the pipes transporting the water into Flint homes, schools, churches, day care centers and hospitals to leach into the water supply.

Dr. Mona Hannah-Attisha, a local pediatrician, publicly sounded the alarm in September 2015 as she shared the results of Medicaid-funded testing of children in Flint (ages 1 and 2) that showed elevated levels of lead. Despite the fact that these high blood lead level results were known to Michigan officials as early as the summer of 2014, it was not until October 2015 that officials told the Flint community to stop consuming the water.

“What happened in Flint is unprecedented on so many levels, including its effect on the schools and special education needs in general,” Therrien, a professor of special education, said. “A whole community was poisoned for over a year with a neurotoxin we know causes significant behavioral and academic issues. Yet at the time of the lawsuit, the number of students in the public schools in Flint who were identified for special education has steadily decreased since the water crisis.”

In the fall of 2017, Lovette and Therrien joined the litigation efforts of the ACLU of Michigan; the Education Law Center, directed by David Sciarra; and the global law firm White and Case out of New York City.

Under federal law, public schools must have a standard screening process for children who need supports and accommodations above and beyond what is provided in a general education classroom. This legal obligation is known as “child find” under the federal Individuals with Disabilities Education Act and Section 504 of the federal Rehabilitation Act.

Lovette and Therrien spent time in Flint, speaking with teachers and families and reviewing documents associated with the schools and districts. Therrien focused on evaluating the special education processes in place after the water crisis, while Lovette analyzed the district- and school-level response in terms of the structures and resources available to Flint teachers and school leaders to support the students in the public schools.

Both faculty members provided written declarations of their findings that were included in the preliminary injunction.

Lovette and Therrien found that the existing systems in the schools were not enough to support the significant needs of the students and teachers. “All the children affected need intensive cross-disciplinary intervention and support, and that was not happening in the schools,” Therrien said.

The challenge faced in Flint is that the scope of the children’s needs can be undetectable to the untrained eye. There is no signature injury for children impacted by lead, and neuropsychological evaluations must be administered in order to capture strengths and areas in need of additional support.

“It was through the expertise of not only our neuropsychological experts, but also our educational experts, Gail and Bill – all serving on a pro-bono basis – that enabled us to aggressively advance a trial on our preliminary injunction to get the children of Flint what they are entitled to now,” said Kristin Totten, lead attorney for the ACLU of Michigan. “Without the tenacity and generosity of our experts who wrote pivotal declarations, this outcome may not have been possible.”

The settlement of the “child find” claim enables impacted families to have their children screened to determine if they require further assessment at the Neurodevelopmental Center of Excellence, an entity created from the settlement. The center will provide each child access to a trained professional with the skills to detect the ways that lead can manifest in behavioral and cognitive challenges. The state is providing $4.1 million to make the center operational, and it will be sustained through Medicaid funding.

The results of the assessments will be accessible by both the children’s pediatricians and their schools – with parental consent – through a shared database, so that the medical and educational providers will be able to offer the children comprehensive care, including evaluation for special education services.

“This settlement provides an incredible, historic resource to all of the Flint schools,” said Lovette, an assistant professor of education. “This type of screening and resulting database has been unavailable and, really, unimaginable to schools, when you consider the sheer cost and level of coordination between medical and educational stakeholders and agencies that this settlement will provide the Flint community.

“And most importantly, this settlement acknowledges that the children of Flint have been significantly impacted by the lead that they were exposed to in their schools and homes for well over a year.”

Although the partial settlement is a major victory for the students of Flint, the larger lawsuit remains active. Both UVA faculty members will continue in their roles as pro-bono educational experts, working closely with the attorneys as they prepare for depositions and related hearings.

“The case-in-chief continues to be one that I am very passionate about working with the legal team to continue to advance,” said Lovette. “All children deserve a high-quality education and with only 11 percent of third-graders in the public schools in Flint reading on grade level last year, there is a clear need for continued attention to ensure that the teachers and students are getting comprehensive and appropriate support.”

In the meantime, these two professors are bringing their experiences with this case back to the students they teach at the Curry School.

“Our students are driven by the same desire we have – to try and make a difference and help children,” Therrien said. “Working on a case like this makes us more committed to ensure we train the most effective teachers at Curry.”

In Memoriam: Life of Drama Professor To Be Honored Sunday END_OF_DOCUMENT_TOKEN_TO_BE_REPLACED