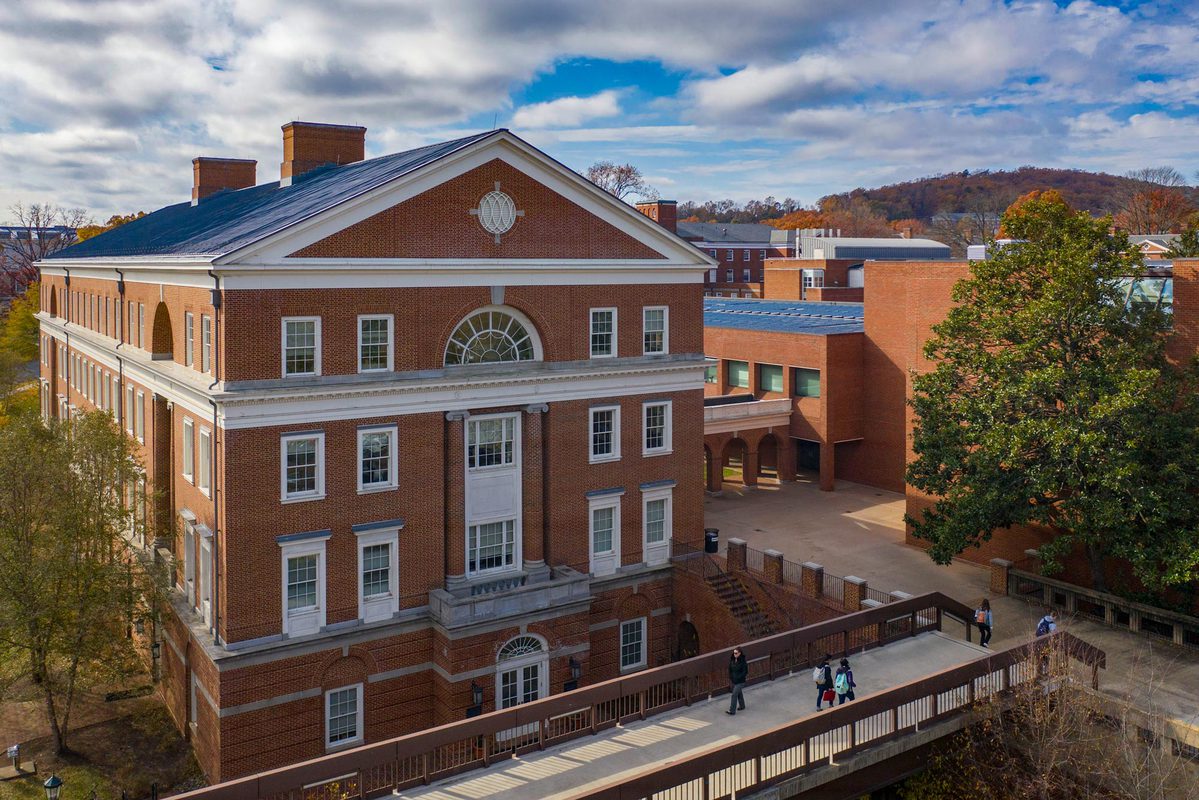 The website includes biographies, a timeline of major events and a litany of original sources. It was put together by the Curry School’s Ad Hoc Committee on Naming, an unofficial committee created by the dean of the school, Robert C. Pianta. The committee is part of a larger effort to examine the school’s name.

“As the Curry School looks ahead, with regard to mission, focus and impact on the public good, we want to assess the extent to which the honorific names we have used for the past 50 to 100 years, including both ‘Curry’ and ‘Ruffner,’ are closely aligned to our mission and core values,” Pianta said in his email to the Curry School community last fall announcing the committee.

In 2018, the school leadership and faculty voted to add “and Human Development” to the school’s name, a decision that more accurately represented the scope and breadth of its mission. In parallel, the school’s leadership began to research the namesake of the school, given Jabez Lamar Monroe Curry’s role not only in advancing public education in the South, but also as a defender of slavery prior to the Civil War. The process also included Ruffner, whose history reflects many similarities.

The committee – comprising faculty, students, University administration and friends, and co-chaired by professors Robert Berry and Susan Kools – was charged with conducting a thorough study regarding Curry and Ruffner. The website is the culmination of the committee’s yearlong effort to engage original sources and historical artifacts, conduct interviews and consult scholarly summary documents.

“For the past year, the committee has worked diligently to understand the lives of these two men, their contributions to public education and their relationships with slavery and secession,” Pianta said in a message today, announcing the website launch. “The committee members have been thoughtful and measured in their approach.”

Comments collected on the website will be reviewed and along with the committee materials, Pianta will submit a memo with any recommendation to the University Committee on Names for its consideration. Per University policy, that committee is responsible for delivering any recommendations to University President Jim Ryan. The Board of Visitors has final authority over namings.

The work of the Curry School’s ad hoc committee comes at a time when universities across the country – including UVA – are conducting more thorough examinations of their pasts, often revealing difficult elements of their histories regarding the role of slavery or the influence of racial discrimination. UVA, for example, launched presidential commissions to explore its history related to slavery, and to better understand the University during the age of segregation.

Pianta said the process of investigation and discovery is critical for any institution, but especially for a school of education and human development.

“As is the case at this University and in educational institutions across the country, illuminating the complete historical record and engaging the tensions and conflicts inherent in the complexity and contradictions present in that record are important educational activities,” he said. “One critical part of our mission is to train educators who will lead classrooms from Pre-K to 12th grade to college and graduate schools, many of whom will engage in the practice of teaching complex histories and stories of individuals and societies with deeply conflicting values. As an institution, then, we must turn the microscope onto ourselves, engage in this process of reckoning with our own history and collectively choose how to move into the next generation as a school.”

For Pianta, this effort of research and the publication of the new website are an extension of the work of the school.

“We think about this process through the lens of education,” Pianta said. “How can we conduct a process that helps educate all of us on what has come before? Can we create a resource that will be a teaching tool for our current community?”

The Curry School is also home to a number of projects that focus on issues of race, inclusion and education. Professor Derrick Alridge’s Center on Race and Public Education in the South conducts and supports empirical research on a variety of issues that lie at the intersection of race, education, and schooling in the southern United States. In 2018, the Curry School began a project to create and disseminate practical, evidence-based lessons and tools for educators around topics such as racial justice, ethnic diversity and religious inclusion.

For All of Us END_OF_DOCUMENT_TOKEN_TO_BE_REPLACED