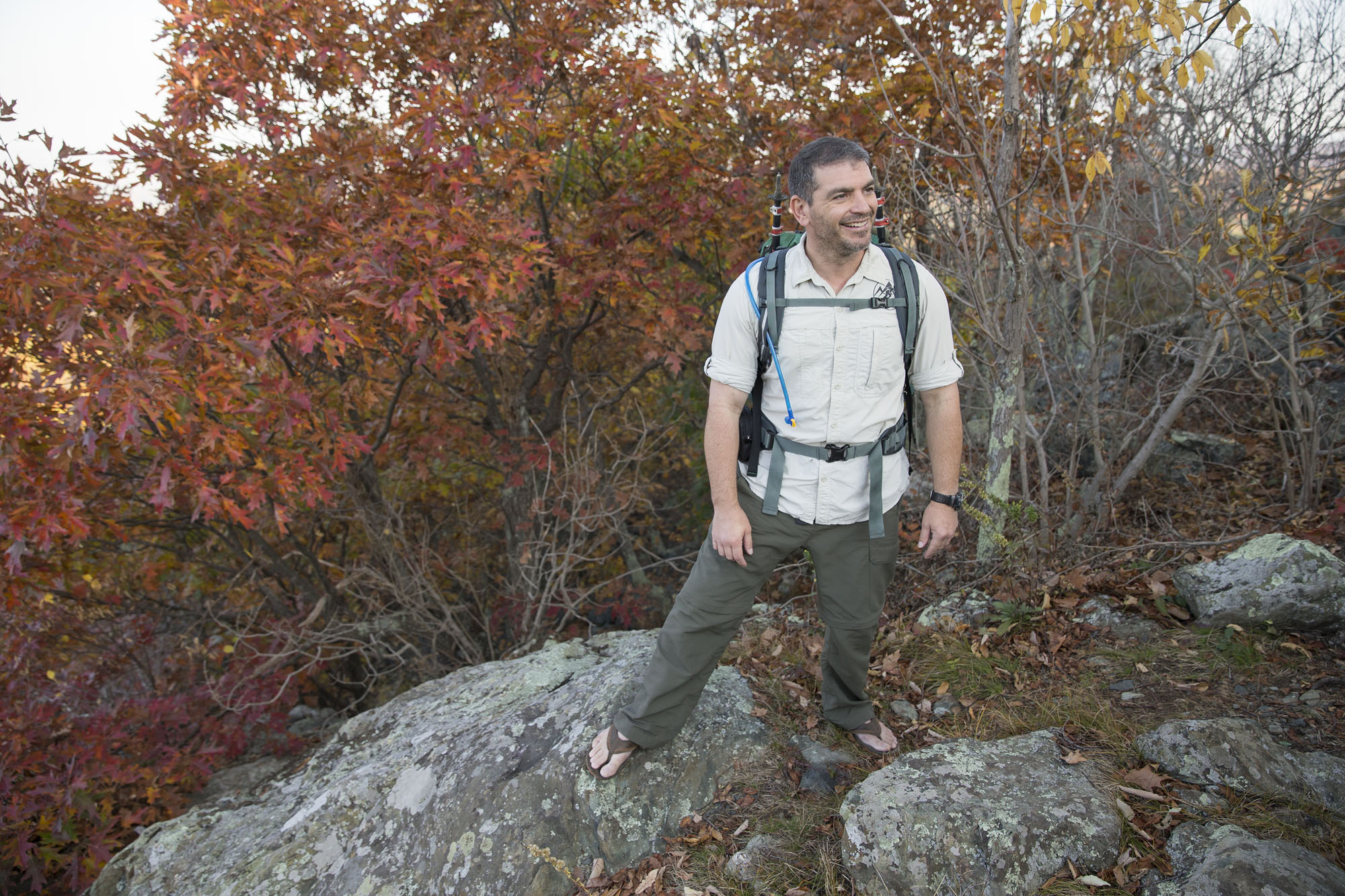 Sean Gobin, a 2014 graduate of the University of Virginia’s Darden School of Business, knows the unique stress of war.

Gobin – now nominated as a 2015 CNN “Hero” for his work with veterans – enlisted in the Marine Corps in 1994. He served as a platoon commander in Iraq in 2003 and 2005. In 2011, he served in Afghanistan, helping to train Afghan National Security Forces.

Then he came home, and shortly thereafter decided to walk from Georgia to Maine on the Appalachian Trail, a powerful and therapeutic experience of leaving society that ended up leading him back to civilian life. Gobin said he believed it would surely help others.

“Initially, I was hiking the Appalachian Trail because it had always been a dream of mine,” Gobin said. “Then, about two-thirds of the way up the trail, I realized that long-distance hiking would be a great way for veterans to transition from their wartime experiences.”

Even after Gobin enrolled in Darden’s Executive MBA program, the experience of the time on the trail stuck with him. With the help of the Appalachian Trail Conservancy, Gobin devised a framework for a program to help returning veterans “walk off the war” by providing them with all of the equipment, support and logistical help they would need to conduct a long hike, and then assistance with finding a job afterward. 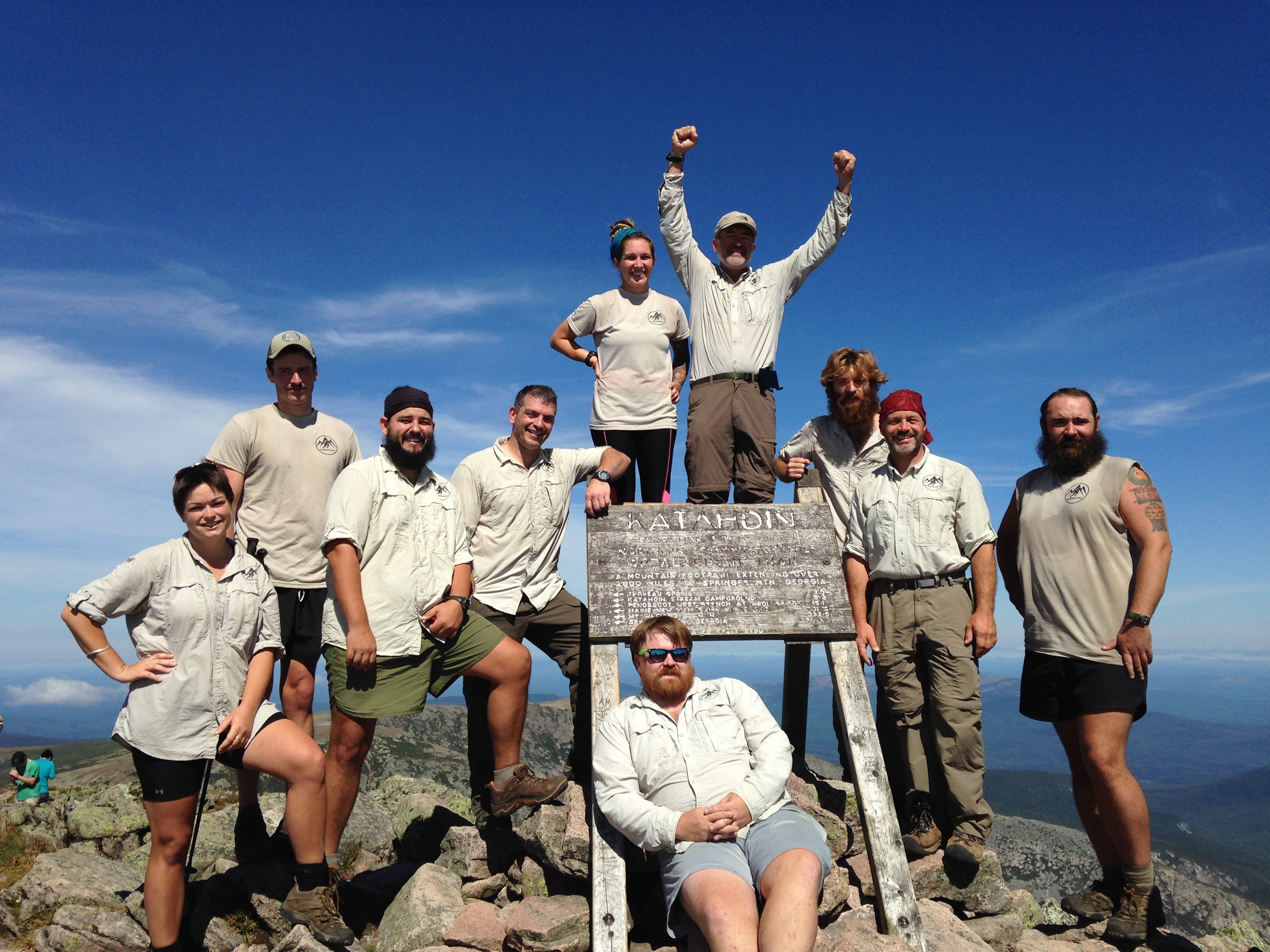 Gobin’s organization, Warrior Hike, found a receptive community, and more than 70 veterans have participated in a long trek with the program.

The rapid growth of the nonprofit organization has also attracted plaudits for Gobin, including his recent recognition as a 2015 Top 10 CNN “Hero” and a nomination for the news network’s “Hero of the Year” award.

“It’s been crazy. The reach of the CNN story is far and wide,” Gobin said. “A lot of folks want to reach out and congratulate us on the efforts of the program and a lot of veterans want to get involved.”

While every veteran on a hike has a unique experience, Gobin said participants typically highlight three major themes as particularly impactful:

The program started with plans to focus on the “Triple Crown” – the Appalachian Trail, Continental Divide Trail and Pacific Crest Trail, but has expanded its network to include other popular trail systems.

Given the great number of veterans coming home with serious injuries, Warrior Hike has launched an adaptive paddling program on the Mississippi River and plans for an adaptive bicycling initiative, as well.

The expanding program will call on the leadership and organizational skills Gobin forged in the Marines – and honed at Darden.

“In the Marine Corps, leadership was a hands-on experience, while Darden gave me the opportunity to understand and reflect upon leadership philosophies and principles,” Gobin said. "Darden was the perfect bridge to integrate my military experience with running a nonprofit organization."

“Darden was the perfect bridge to integrate my military experience with running a nonprofit organization.” - Sean Gobin

While much of the Appalachian Trail is referred to as a “long green tunnel” due to the dense tree cover, Gobin said the expansive views afforded by the Shenandoah National Park proved to be his favorite part of the trail. The promise of being able to hike and ride motorcycles in the park helped sway his decision to attend nearby Darden; once enrolled, he found a significant contingent of veterans also making the transition to civilian life.

As the organization he leads continues to grow, Gobin said he frequently draws on the Darden experience.

“I am routinely confronted with situations that require me to make decisions based on what I learned while at Darden,” Gobin said.

If Gobin wins the “Hero of The Year” honor, he’ll take home a $100,000 prize, which he says would be enormously useful to his organization.

CNN is accepting votes for Hero of The Year online through Nov. 15, and will announce the winner on Dec. 6.

What’s Next for UVA’s Class of 2022? END_OF_DOCUMENT_TOKEN_TO_BE_REPLACED