Davis Directs Diverse Voices on Stage and in the Classroom 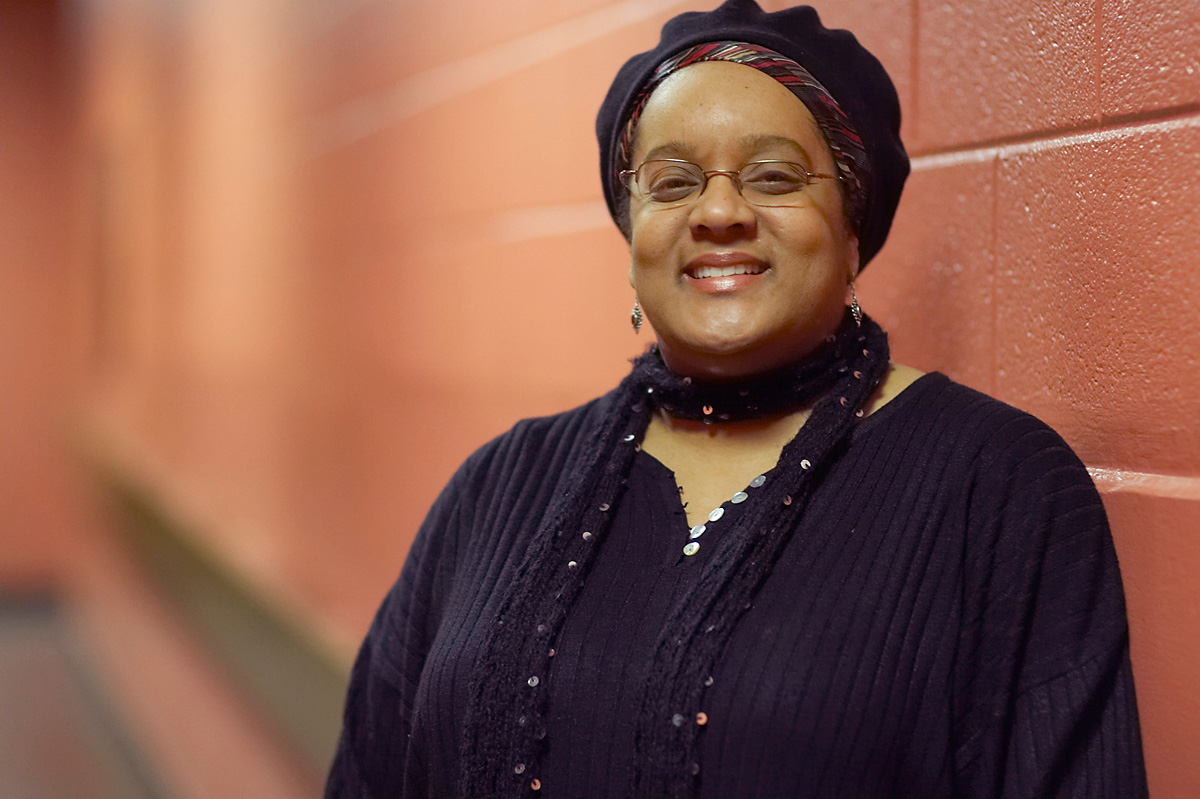 The current scene she is working on is her commencement at the University of Virginia as the new associate professor of cross-cultural performance in the drama department.

In all facets of her life, including her recent arrival at the University this January, Davis said she “believe[s] life is to be lived and played to the fullest.”

This outlook translates to the very nature of Davis’ new title.

A prominent characteristic of a cross-cultural professor’s function is “boundary crossing” and “door opening,” said Thomas A. Bloom, chairman and associate professor of drama.

“Historically, what the theater of the past put upon the stage was often a uniform vision representing one point-of-view, one community or a certain set of assumptions embraced by a majority opinion.” Davis’ position crosses these boundaries and exudes a “welcome for [diverse] voices to explore, [and] perhaps find a home in this building or production program,” Bloom said.
Davis perceives her position less as cross-cultural and more as intercultural expression, in the sense of various cultures “merging, coming together, experiencing and truly communicating with each other,” she said.

“I am committed to this notion that culture matters,” including everything from food, rituals, hopes, dreams, music and language of a particular culture, Davis said.

Her fascination with culture has led to her present directing project of “The African Company Presents Richard III.”

“In this play, there’s no one [racial, ethnic or cultural] experience [there are many], and that’s what interests me,” said Davis, “this delving into the particulars of a people and a culture.” She first saw the play in the 1990s and called the experience “mind-blowing.” Davis said she views directing “as an extension of [her] teaching” and hopes directing “The African Company presents Richard III” will “open up a new dialogue, [and] another avenue for cultural expression.”

Taking place 40 years before the end of enslavement in America, the play’s plot revolves around the real African Company, who went up against an established New York theater of the time by standing strong against pressure to close its competing production of “Richard III.”
“We would love the audience to come and see how this battle plays out,” Davis said.

The fact that she and her team of collaborators will be sharing “an aspect of black culture” through the telling of this story during Black History Month is of great significance to her, too.

The performance, running in the Culbreth Theatre Feb. 15-17 and 21-24, will include a special “talk-back session” with the playwright himself, Carlyle Brown, Feb. 16. Davis said she is excited about Carlyle’s upcoming appearance, because “you discover so much about the process when everyone has the chance to come together and discuss it.”

The support and enthusiasm Davis said she has received since arriving here in January from faculty and students  makes her “truly honored to hold [this] position. … There is a commitment to learning which I have not experienced at any other institution that I’ve taught — a dedication to students that I respect and want to continue to perpetuate,” Davis said.

The department and students reciprocate her enthusiasm.

“All of my colleagues are enthusiastic about working with Theresa. She really energizes the faculty and culture of this building,” Bloom said, noting that the idea for the cross-cultural performance position was in the making for some time before permission and funding was granted.

Davis is the department’s first full-time African-American professor, and with her different cultural background, she said she brings with her not only a “different world view,” but also “a strong sense of self, a strong sense of who [she] is, [and her] commitment as an educator.”

“Theresa is probably the most positive person you’ll ever meet,” said Joel Grothe, who is in his second year pursuing a Master’s of Fine Arts in Acting. Grothe currently is in one of Davis’ classes and one of the actors in “The African Company presents Richard III.” Davis imparts students with “an incredible amount of energy — the feeling that you can accomplish anything,” Grothe said. Davis’ passion “for her work and for the people she works with [makes her] very refreshing to have as a director and as a teacher.”

There is one special thing Davis asks of her students and actors — a gift, Grothe said. These gifts are born of Davis encouraging “the actors [to] invent things that happen in the moment,” which in turn remain in the actual performance.

“I love the process of learning,” Davis said. And she can already sense that her students “are bright and hungry for knowledge, [and] courageous about challenging ideas.”

A Year We Will Never Forget: 2019-20 in Review END_OF_DOCUMENT_TOKEN_TO_BE_REPLACED

‘What Will You Carry With You?’ Remarks From UVA President Jim Ryan END_OF_DOCUMENT_TOKEN_TO_BE_REPLACED