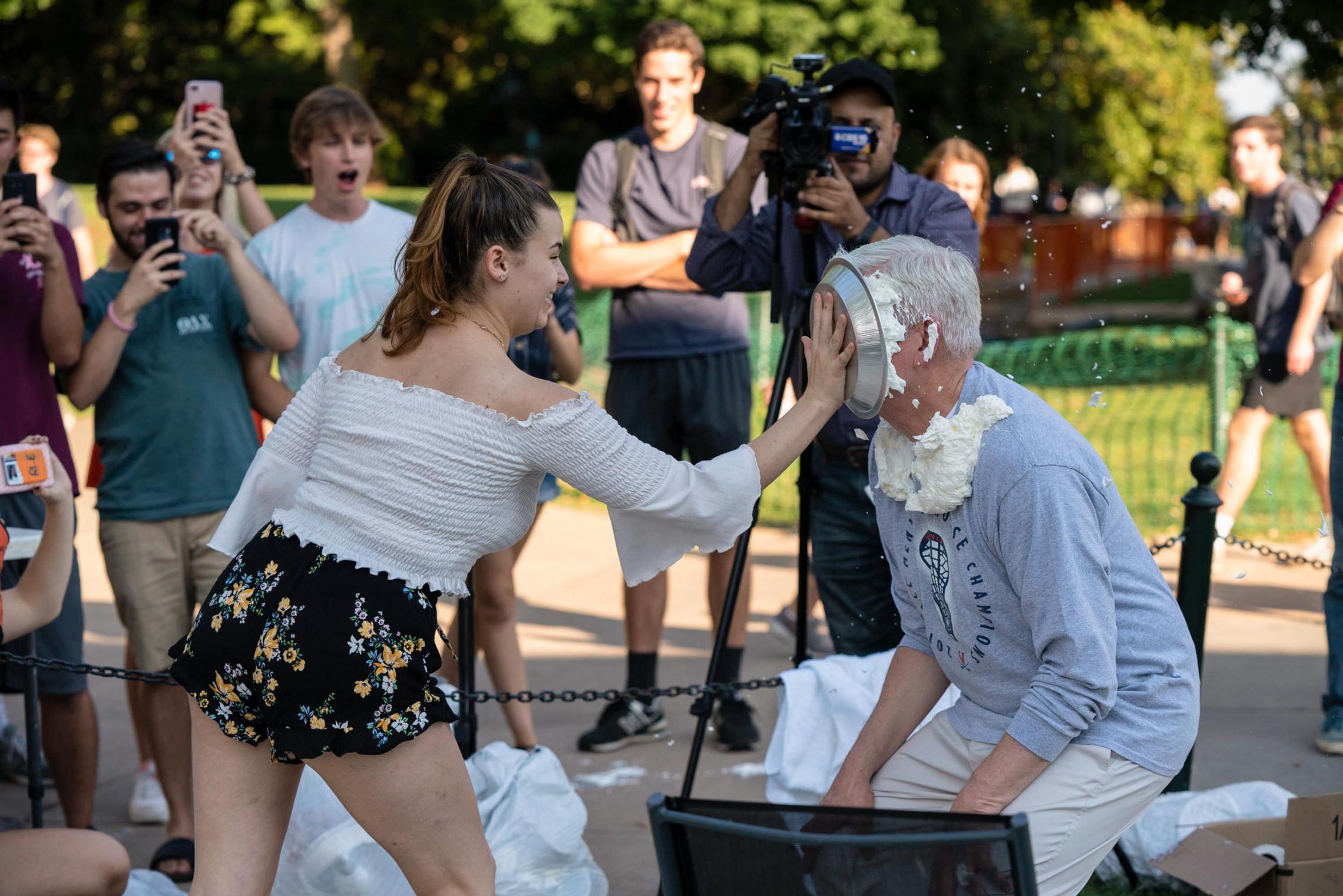 University of Virginia Dean of Students Allen Groves got pied Thursday afternoon – for a good cause.

Members of the Theta Delta Chi fraternity reached out to the beloved dean to see if he would consider participating in their fundraiser for the Virginia Institute for Autism. All he had to do was let a stranger throw a pie in his face.

It’s not too much to ask, right? The always-dapper Groves is, after all, known for participating in stunts with students. There was the time in 2013 when he shattered the Guinness World Record for “Most High-Fives by an Individual in One Hour,” slapping hands with 2,470 students. In February of the same year, he joined hundreds of dancing students outside the Rotunda for the UVA version of “The Harlem Shake,” an Internet video meme. (Remember flash mobs?)

All week, Theta Delta Chi members sold tickets for the right to throw pies at fraternity brothers. Groves would be the final act. First-year student Lilly Massey’s name was drawn Thursday afternoon and she grabbed a pie (it was actually a pie tin filled with whipped cream) and stepped toward Groves, who crouched in anticipation. Massey nailed the dean, sending whipped cream across his face and sliding onto his UVA men’s lacrosse national championship shirt.

“It was a lovely thing they were doing, and I was happy to do it,” Groves said.

Though the fraternity brothers are still counting the proceeds, Robbie Hodgson, the chapter’s vice president and alumni chair, estimated they raised about $500, and said they are already looking to do another pie event in the spring.

“It would be really cool to get President Ryan onboard,” he said. “I think that he is just as much a good sport as Dean Groves is, and he’s super-good with social media, too.” 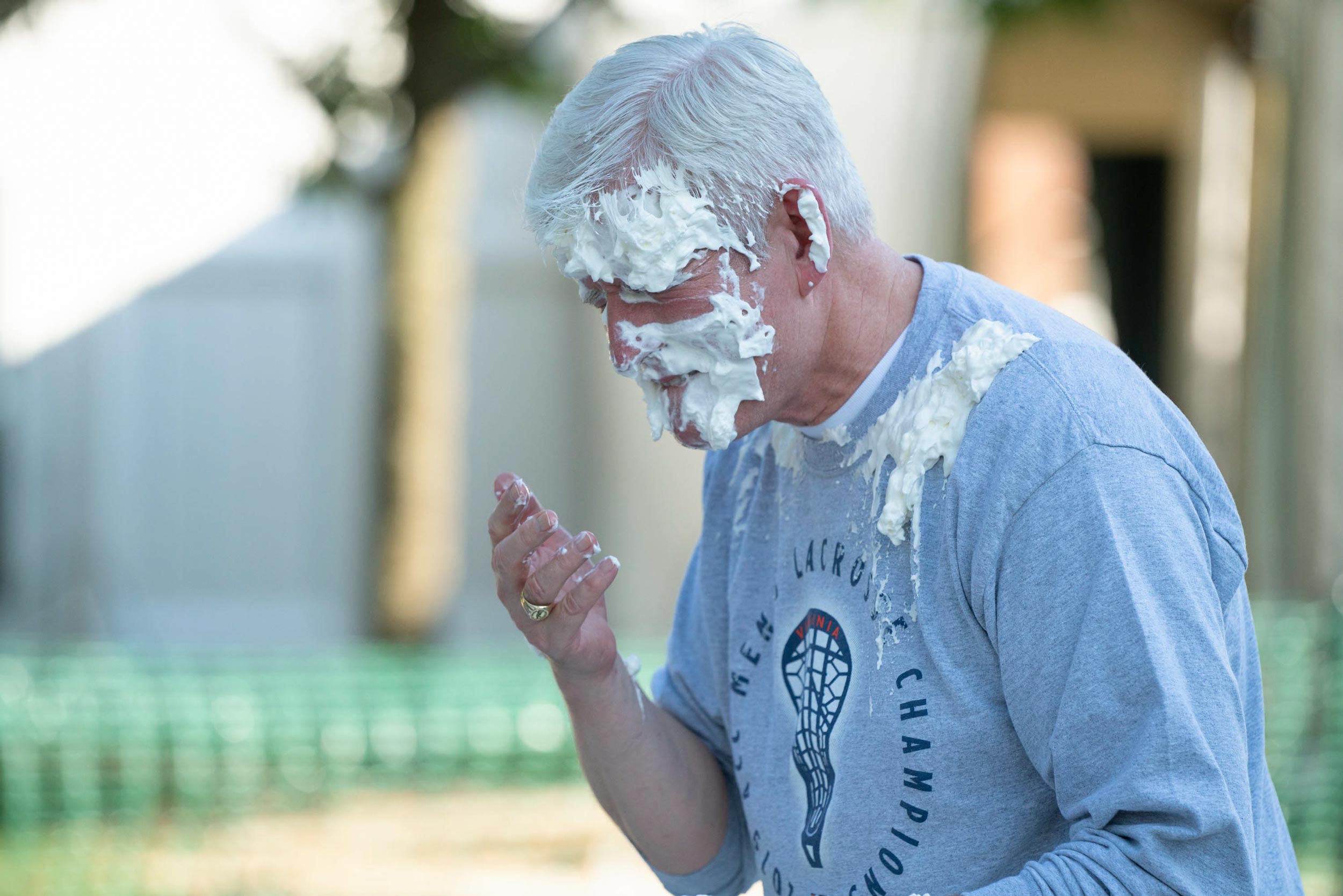