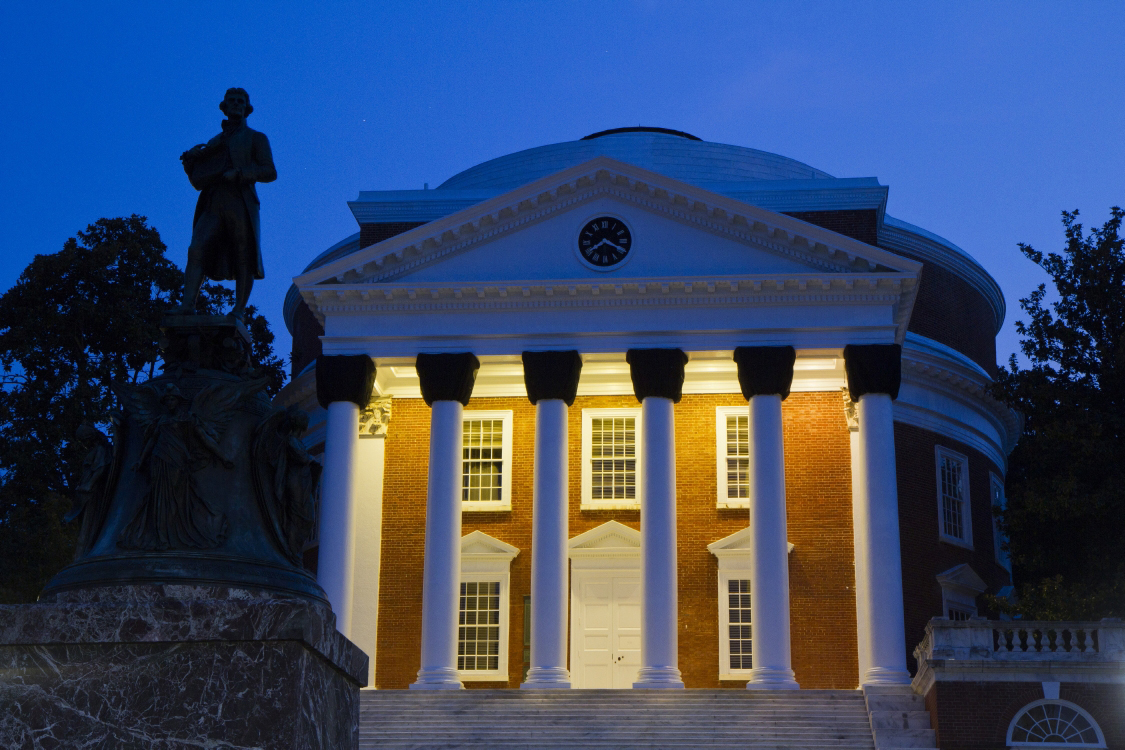 UPDATED June 22, 2012, 9:15 a.m. — Carl P. Zeithaml, dean of the McIntire School of Commerce, this morning told the University of Virginia community that he is suspending his interim presidency pending the Board of Visitors meeting next week to reconsider its firing of President Teresa A. Sullivan.

"There is an enormous groundswell of support for Terry Sullivan's reinstatement as our president, and I understand that the board will meet next week to consider this possibility," he wrote. "As a result, I am suspending any further negotiations with the board regarding my status as interim president, as well as any activities associated with this role."

Zeithaml said he will return his focus to the McIntire School.

"Trust, one of our institutional core values, has been compromised," he said, adding that trust can't be restored until Sullivan's status is resolved.

June 21, 2012 — University of Virginia Rector Helen E. Dragas on Thursday acknowledged that the Board of Visitors "did the right thing the wrong way," but said the decision to remove President Teresa A. Sullivan was "motivated by an understanding of the very stiff headwinds we face as a University, and our resolve to push through them to forge a future that is even brighter than imaginable today."

Dragas issued the statement less than two hours after the board set a special meeting "to discuss possible changes in the terms of employment of the president." Three members – A. Macdonald Caputo, Timothy Robertson and Hunter Craig – asked for the meeting under the board's bylaws.

The board will meet Tuesday at 3 p.m. in the Rotunda.

The meeting comes amid a growing chorus calling for Sullivan to be reinstated. She was asked to resign two weeks ago, 22 months into her tenure. Statements from Dragas and the board described Sullivan as not being the "bold" leader U.Va. needs in the rapidly changing and challenging arena of higher education.

On Thursday, Dragas articulated 10 particular challenges, which she characterized as a partial list: state and federal funding; changing role of technology in the educational experience; changing health-care environment; resource allocation; faculty workload and quality of the student experience; declining faculty compensation; philanthropy; research funding and activity; accountability for academic quality and productivity; and the need for fortified communications.

"Yet in the face of these challenges, the University still lacks an updated strategic plan," she wrote. "We deserve better – the rapid development of a plan that includes goals, costs, sources of funds, timelines and individual accountability."

In a letter to the board issued Thursday, U.Va.'s deans said that Sullivan's removal and the subsequent search for a new president would only delay the much-needed work the University must do to address the board's concerns. Ten of 11 academic deans, Dean of Admission Gregory Roberts and University Librarian Karin Wittenborg signed the letter, which also asked the board to reconsider its decision to fire Sullivan.

The 11th dean, Carl P. Zeithaml of the McIntire School of Commerce, was appointed interim president by the board on Tuesday. "We did not offer Dean Zeithaml the opportunity to join in this communication, as we felt it would put him in an extraordinarily difficult position even to be asked," the letter said.

"Open discourse with clear understanding of what the BOV feels must be accomplished as rapidly as possible will be the most efficacious way of accomplishing the plans for such strategic direction," the deans wrote. "Such a move will restore to the University faculty, students and all of the deans – who will be charged with developing and implementing such strategic plans – a sense of joint ownership and responsibility that will energize us and go a long way to assuaging the emotions of these groups – including alumni and donors – who currently feel upset and disenfranchised."

• Sullivan asked the University community for "civility" in the current controversy. She said that, although emotions are running high, there is no excuse for abuse. "Carl Zeithaml has been an exemplary member of the University community, and he and his family in no way deserve abusive language," Sullivan wrote. "The Board of Visitors is made up of dedicated volunteers, and abusive behavior toward them or anyone else is destructive of our community's values."

• The Faculty Senate's Executive Council met with Zeithaml and issued a statement afterward that, while saying the lines of communication are open, the senate would continue to work for Dragas' resignation and Sullivan's reinstatement.

• The American Association of University Professors affirmed its June 16 resolution asking the board to reconsider Sullivan's removal and said it had authorized an investigation into the matter.

• Dr. Marcus Martin, U.Va.'s vice president and chief officer for diversity and equity, expressed his support for Sullivan's reinstatement. Writing on behalf of the Office for Diversity and Equity, Martin said Sullivan has promoted a more caring, trusting and inclusive community.

• Fifteen faculty members who are also U.Va. alumni wrote to Gov. Robert F. McDonnell calling for Dragas' resignation and Sullivan's reinstatement. They also said that, while Zeithaml "is an enormously talented and respected academic leader," the board should not have appointed an interim president without faculty consultation.

Meanwhile, plans were continuing for a Rally for Honor to be held Sunday from 2 to 4 p.m. on the Lawn.

"It is essential that we come together as a community and remind ourselves of our united strength," said Suzie McCarthy, a politics graduate student in the College of Arts & Sciences. "Honor is one of our core principles at U.Va. We expect it of ourselves and those who govern us. Sunday is an opportunity to reaffirm this."

A new website archives all of the statements, audio, videos and selected news coverage since June 10.

Class of 2020: Memories and Moments From a Long-Anticipated Celebration END_OF_DOCUMENT_TOKEN_TO_BE_REPLACED