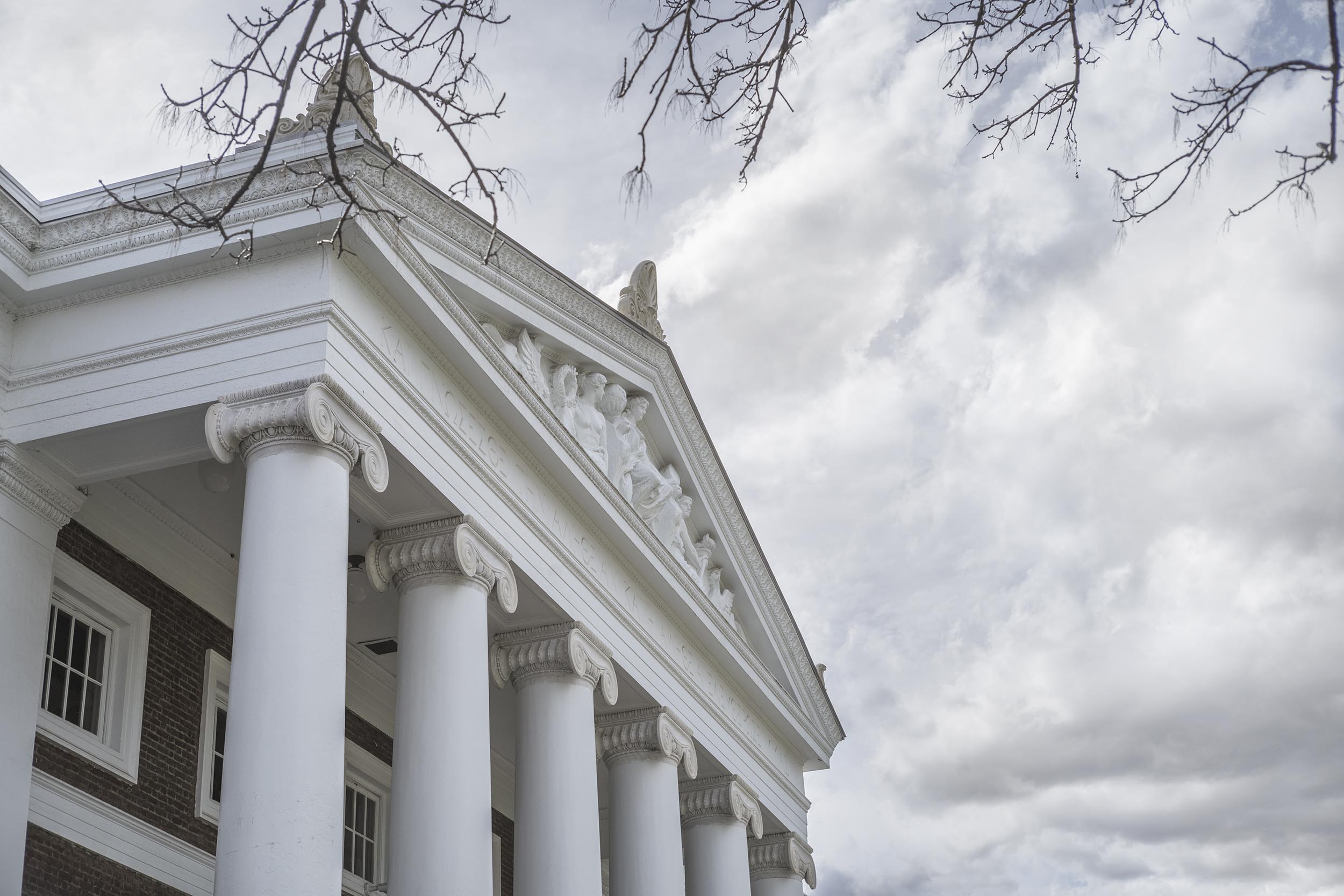 Pippa was 4 years old when she met Charles Snowden. The former University of Virginia linebacker was volunteering with a student-run community group called Run Charlottesville when the small child came into his life.

The non-profit organization offers six-week sessions in the spring and fall designed to encourage local children to believe in themselves and enjoy the sport of running.

Pippa’s parents enrolled her in the program in the spring of 2019 and brought her to meet Snowden, who is 6’7” and 240 pounds, at a weekend running session. A hundred children had enrolled and the first practice was overwhelming. Pippa was having none of it.

Speaking at UVA’s third annual Double Take storytelling virtual event Sunday evening, Snowden shared their story. He opened with an honest self-assessment. “I don’t really like kids,” he said. Putting up his hands in self-defense, Snowden acknowledged it was not a popular sentiment. “I know. I’m sorry … kids and I just never got along,” he said.

That soon changed when Snowden laid eyes on Pippa, of Charlottesville, who was clinging to her parents. He was determined to break her out of her shell. Try as he might throughout the spring season, Snowden couldn’t get her to crack.

The following fall, with a few more months of growth under her little belt, Pippa was a changed person. “Pippa had become more open,” said a grinning Snowden. “I’ll never forget. One day, her mom walked her over. She let go of her mom’s hand and ran over and hugged me. 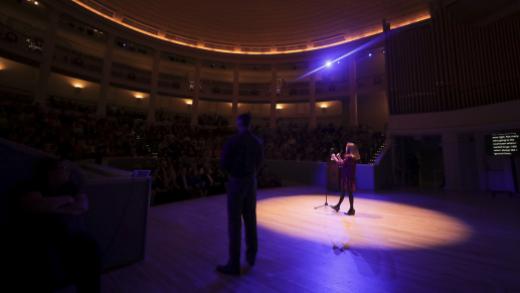 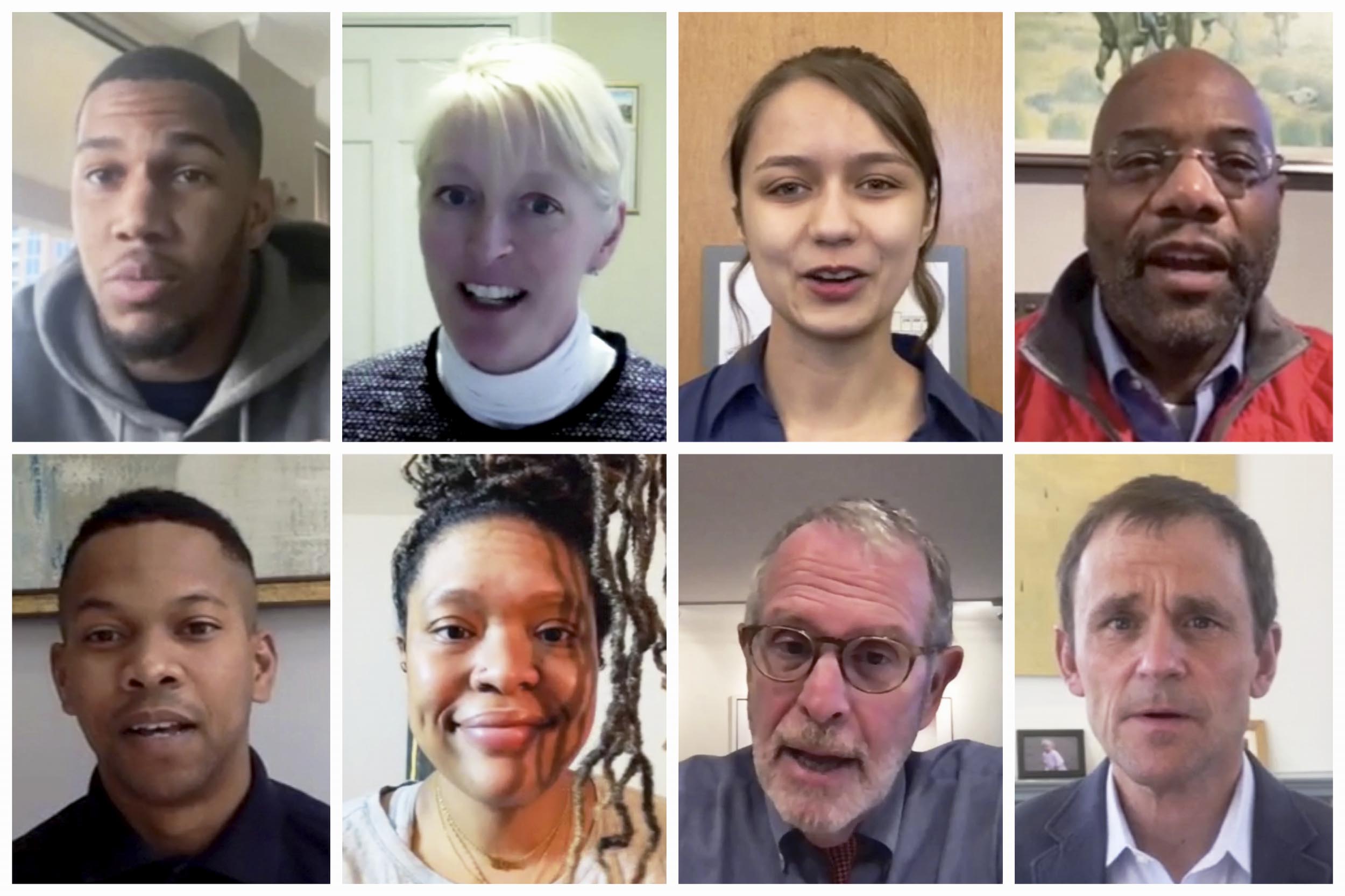 “I literally felt like the Grinch. Like, I think my heart grew five sizes that day,” he said. “It was insane.” Not only that, Pippa started participating with the other children, too.

“It changed me more than it changed her!” he said. “To see her finally reach that stage, where she felt comfortable and she was open and active. I mean, it meant the world to me.”

A Girl and Her Dad

Her story also began with a 4 year-old, this one herself. Davis’ parents divorced when she was 4 and her father, whom she affectionately called “Iggy,” got sole custody of her. Davis, a self-proclaimed extrovert, admitted her dad had his hands full with her. She said her dad is “a traditional guy,” a lawyer with Catholic roots. He didn’t know how to cook, understand fashion or style trends “or do any of the conventional things that come to mind when you think about raising a daughter, let alone an extroverted, high energy daughter,” Davis said. “But he knew so much more.”

Davis said looking back, she could see all of the valuable lessons her father taught her through the “nontraditional ways” she was raised.

She shared a few in her Double Take story.

“Lesson one. Service is admirable and fulfilling and balance is essential,” she said. Davis’ father, Lawrence Ignatius Wagner, quit his grueling 80-hour-a-week job as a litigator so he could spend more time with his young daughter. That lesson stuck with Davis, who said she values a healthy work-life balance because of the example her father set.

Elaborate meals are not necessary for raising a healthy child and getting outdoors for lots of exercise is just what an exuberant child needs, she said.

“Exercise was the key to managing my activity level,” she said. “I hate to say it,” she continued, tongue in cheek, “it still is today.”

Perhaps one of most important lessons of her entire life, she said, was learning from her father to seek out others for support and advice. “He showed me that seeking advice about things outside of your wheelhouse was a smart thing to do and that there are many, many people willing to help if you just asked,” Davis said.

Although unconventional, she said her childhood with her dad was fabulous. “With his unconditional love, I truly had a magical childhood,” she said. “I owe him so much and I cannot thank him enough for helping to make me who I am today.”

“The Siege of Carr’s Hill”

The program’s last presenter was Joel Gardner, who earned a degree from the College of Arts & Sciences in 1970 and a law degree in 1974. He shared his story of a turbulent period during his time as a student: the day a mob of people stormed Carr’s Hill, the president’s residence. “It is an event that came to be known as ‘The Siege of Carr’s Hill,’” he said.

Gardner said he played a “major role” in preventing the house from being burned down.

Gardner invited viewers to “get in the time machine and travel back five decades to the spring of 1970” when the anti-war movement was in full swing. “In the fall of 1969, there had been many demonstrations and the Grounds became totally politicized for the first time in memory. It was a very difficult period that divided the University in a way probably it had never been divided before,” he said.

Things calmed for a while but spun back up in the spring of 1970 after Vietnamese forces invaded Cambodia. “Suddenly, all the anti-war rallies started again,” Gardner said. The Kent State massacre, in which National Guardsmen opened fire on anti-war demonstrators, killing four students at Kent State University, “really riled up the student body in a way that it had never been before,” he said.

“In what was already a tense atmosphere, with the flames growing, that speech would be the fuel to those flames,” Gardner said. It was May 6, 1970. A young Gardner went to the event, saying it was something he did not intend to miss.

“As I got into U-Hall, the first thing that struck me was the odor of weed wafting up from the stands,” he recalled. The crowd was made up students and other spectators. It was standing room only in the arena, which held about 8,500 people. (University Hall would be dismantled 49 years later, on May 25, 2019.)

“As the speakers began, I started to feel that this was not going to end well,” Gardner said. “You had Kunstler, who was a very bright, very serious guy, a tremendous speaker. And Rubin, who was really more of a showman. … He’d be prancing around the stage, calling for the students to rise up and to do something.”

Gardner said when the speeches were done, the two men called, “On to action!” and someone at the front of the crowd screamed, “On to Carr’s Hill!”

The crowd started to move and there was very little security evident. A graduate student who was serving as a student marshal recognized Gardner and ran to him. “Will you come up to Carr’s Hill with me? I think there could be some bad stuff happening,” he said.

They sprinted the mile to the president’s residence, looked behind them, and spied through the spring foliage a mass of people approaching with torches. “We stood there and watched as hundreds and hundreds we could perceive beyond the leaves coming towards us,” he said. As the crowd drew closer to Carr’s Hill it became apparent there were about 1,000 people, including students and others.

UVA’s president at the time, Edgar Shannon, had three young children Gardner believed were inside the residence. He and the other approximately 30 assembled students, including several varsity athletes, formed a human chain in front of the house. “As we were doing this, the crowd was moving up the steps to Carr’s Hill and then they got about 10, 15 feet away from us and stopped,” Gardner said.

Kunstler was in the crowd with a bullhorn “just stirring the pot and trying to create as much of a frenzy as he could in the crowd,” he said.

The two sides drew near to each other, staring each other down. Then, a person defending the house approached the mob and said, “Look, the president’s family is in there. He has a number of small children. I think you’re really frightening them very much. It would be in everybody’s interest for you to go elsewhere tonight before something really bad happens,” Gardner said.

The person rejoined the human chain and “everybody, I can remember, tensed up. I could feel our arms locked. Everybody was tense,” he said. Eventually, Gardner heard a voice in the mob call, “On to Maury Hall!” At the time, the building was the headquarters of UVA’s Navy ROTC unit and had been a target of previous anti-war demonstrations.

The crowd withdrew from Carr’s Hill and marched to Maury Hall. They were stopped by police as they attempted to burn down the building, setting a mattresses in the basement on fire.

“That was an incredible evening and one that I remember like it was yesterday,” Gardner recounted. “But, it’s also an evening that resonates with what is going on, I believe today, on Grounds and on many college campuses. Where these campuses have become politicized and where people’s agendas, political and social agendas, have taken precedence over collegiality, community and camaraderie.”

Gardner said he thinks is very important that everyone understand “intelligent people are not necessarily going to agree with one another.

“We in the community hopefully have more in common than the differences we have,” he said, adding it is worthwhile for everyone to be civil and to listen to one another. “Because that’s what we’re here for I think as a university, aren’t we? We’re here to hear different points of view and hopefully find common ground.”

President Jim Ryan concluded the program by thanking Gardner and all of the speakers who participated in Double Take and embraced the theme of bridge building “during a time when we need it most.”

The entire program can be viewed here. 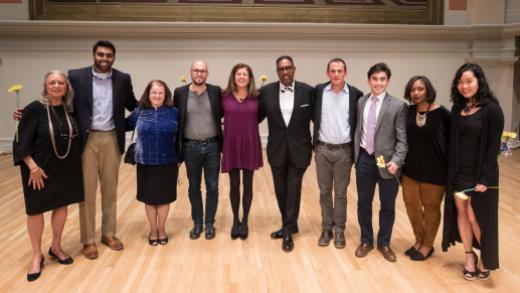 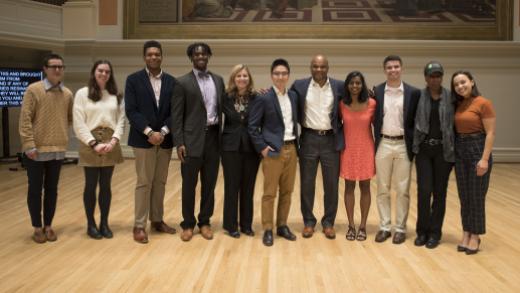 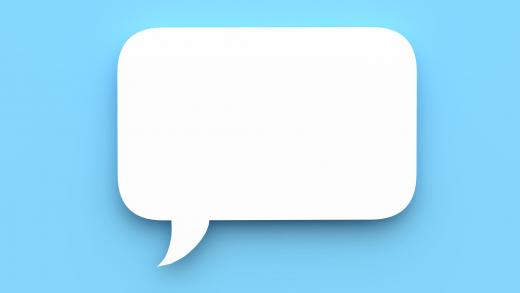 Is Constructive Political Dialogue Possible In 2021?