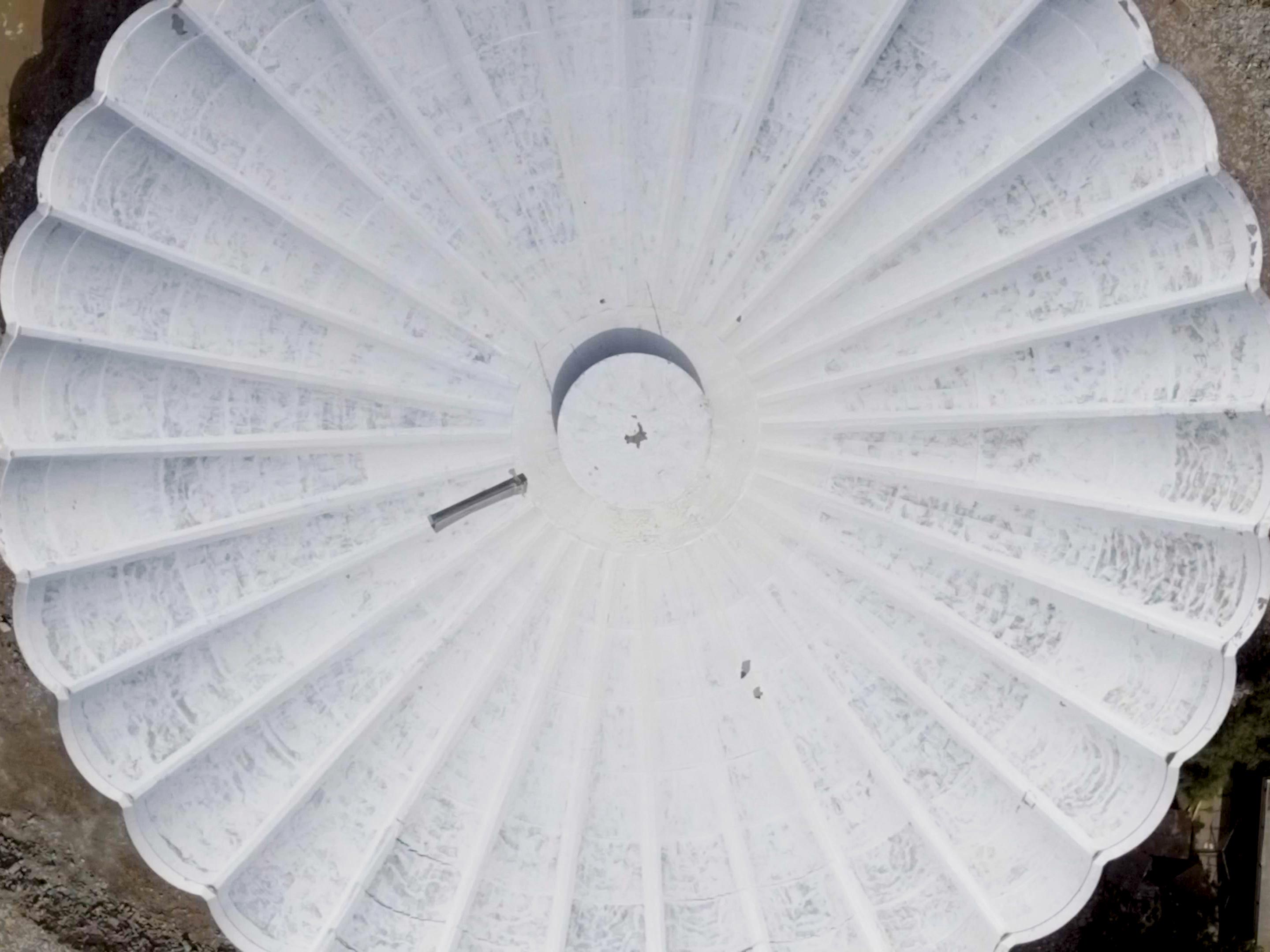 University Hall, the University of Virginia’s storied home of athletic exploits and artistic achievement, is now a pile of rubble after its demolition this morning at 10 a.m.

And the man who “built” the place was the one to bring it down. Basketball legend Ralph Sampson, the three-time national player of the year who led the Cavaliers to a 50-2 record in the early 1980s, pushed the demolition button, along with fellow UVA basketball legend Dawn Staley, athletic director Carla Williams and UVA Board of Visitors member Robert Hardie.

The basketball programs, both men’s and women’s, that achieved so much in U-Hall moved across Massie Road to John Paul Jones Arena in 2006. The older building was permanently closed to the public in 2015.

Opened in 1965, University Hall was the first truly modern building on Grounds, with its distinctive round, scalloped roof, made from 5,000 tons of concrete and sprayed on the inside with asbestos for soundproofing. This became a problem many years later when the roof started leaking and asbestos began flaking down on the by-then-abandoned seats.

While the implosion brought down the shell today, U-Hall did not come down all at once, in a minute or even a day. Crews from Renascent Inc., of Indianapolis, and Controlled Demolition Inc. of Phoenix, Maryland, have been working on it slowly, carefully dismantling and disassembling the iconic structure and its dependencies over the past semester. The asbestos abatement and cleaning started in January and took about three months. Then the crews tore down ancillary buildings Onesty Hall and The Cage before focusing their work on the main structure.

Between 90% and 95% of the material in the building is being recycled, according to Keith Payne, the project’s construction manager. The metals will be segregated and recycled; the concrete will be used as fill, some on site, to help level off the ground.

“It’s not often you get to document the dismantling of a major University landmark,” Suchak said. “The process of demolition is fascinating, and I am impressed with the scale of the project and the precision with which it was executed.”

Take a look at the demolition process through Suchak’s lens. 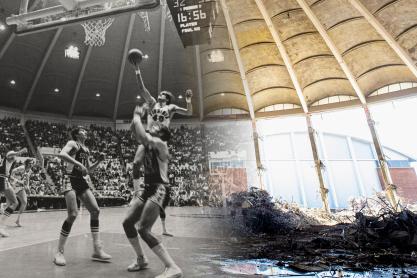 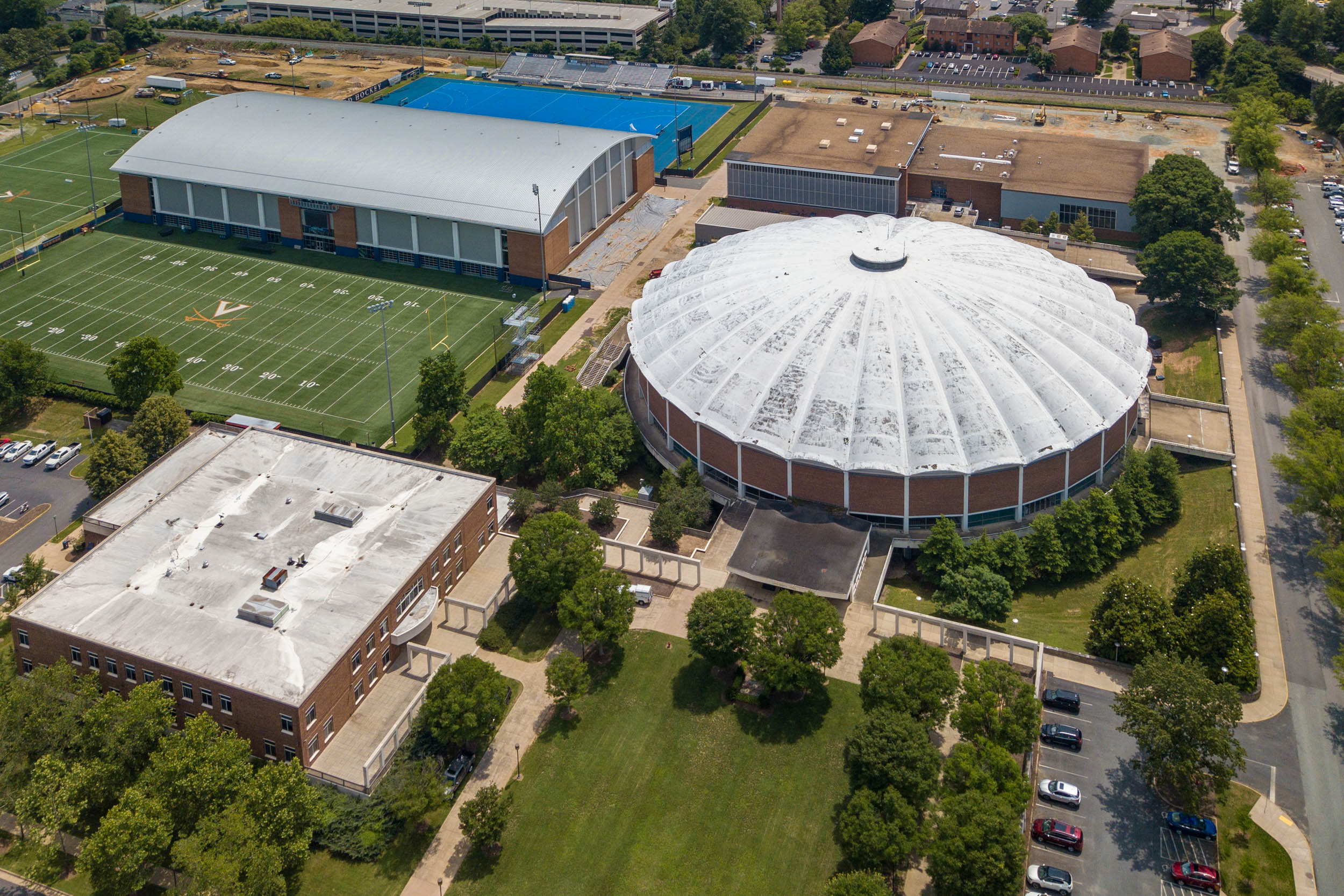 University Hall from above, before the demolition process began in January. 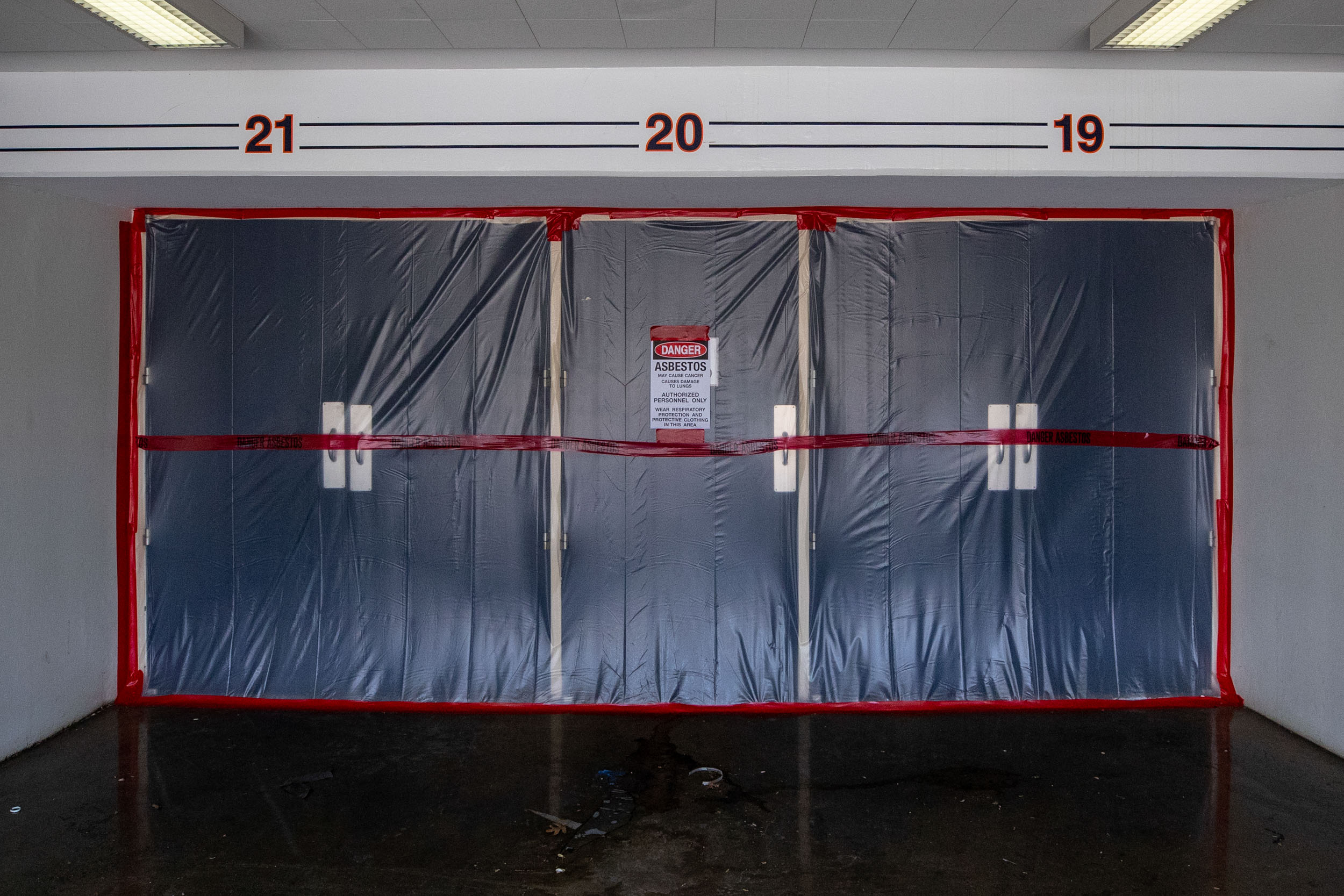 Arena doors sealed with plastic sheeting during the asbestos abatement. 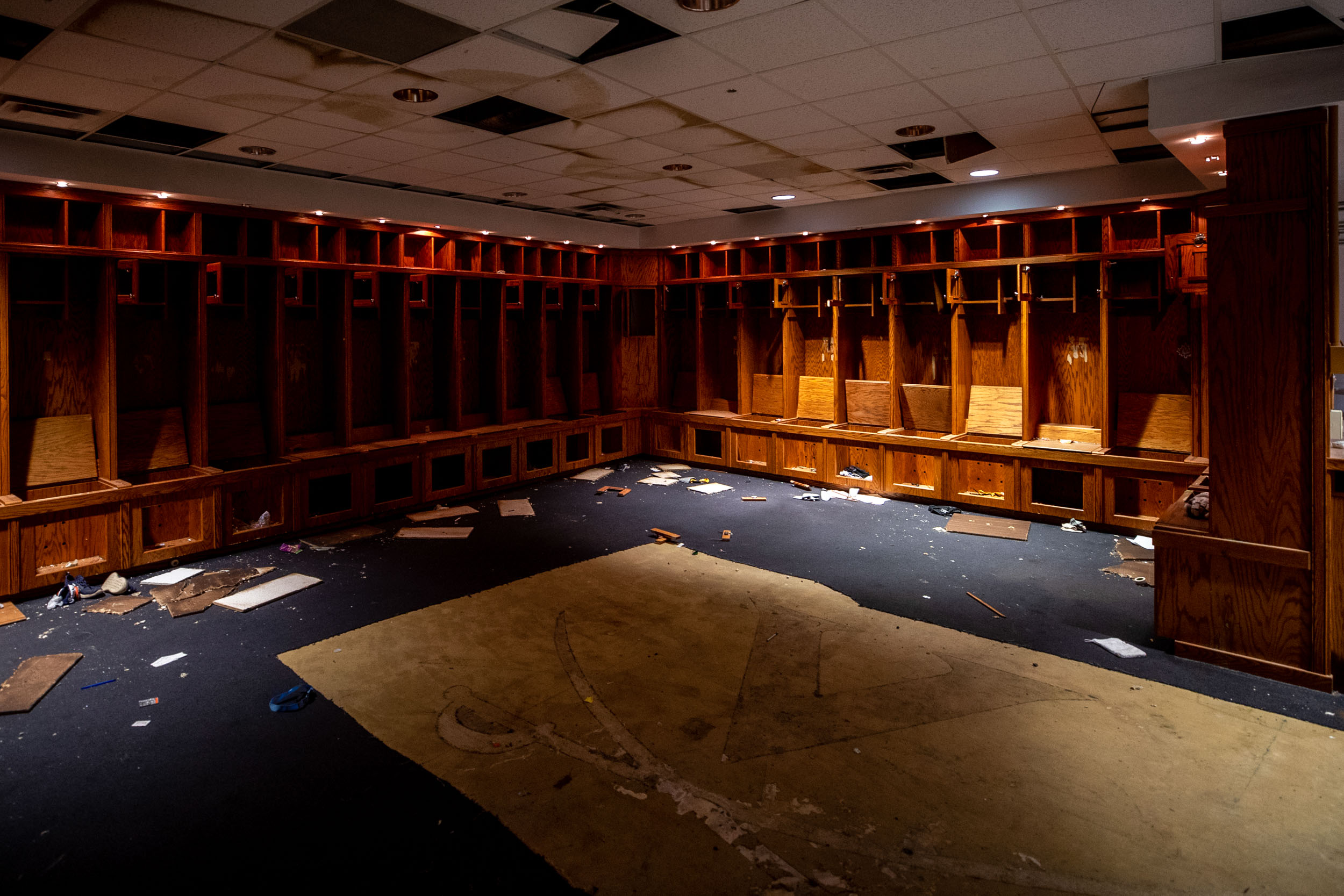 The UVA locker room with the Virginia logo salvaged from the carpet. 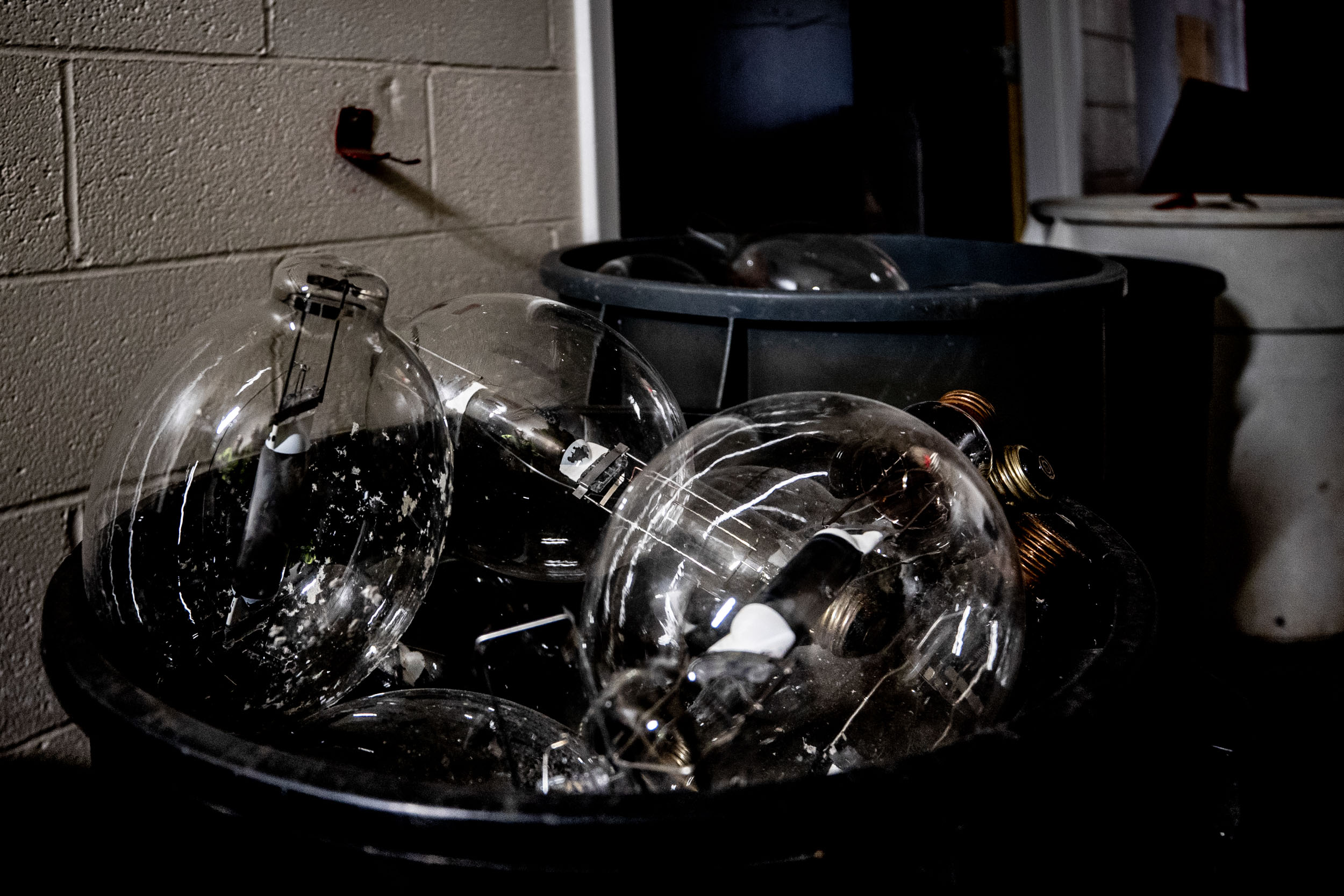 The light bulbs that lit up the arena. 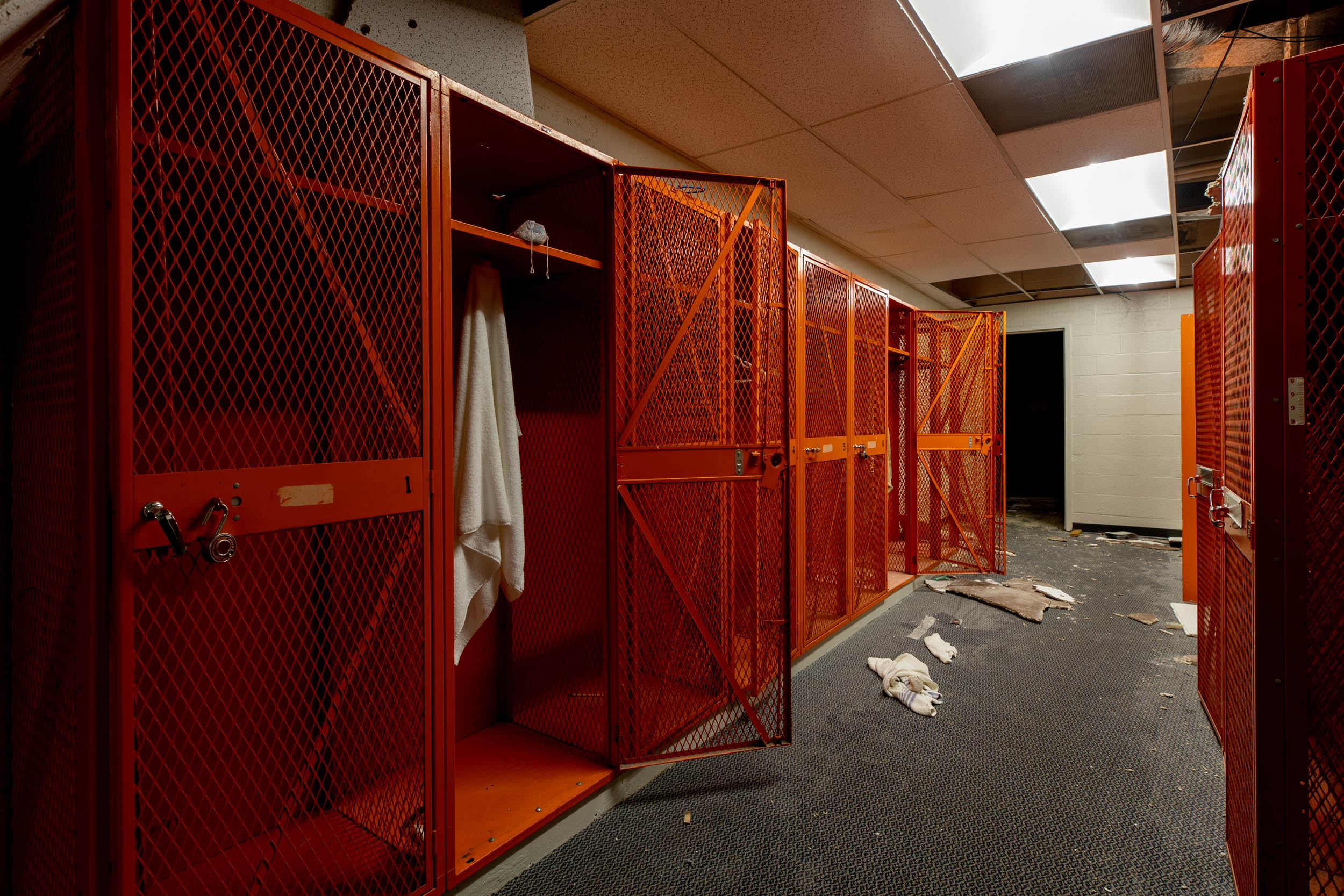 A few lonely towels still hung in a locker room. 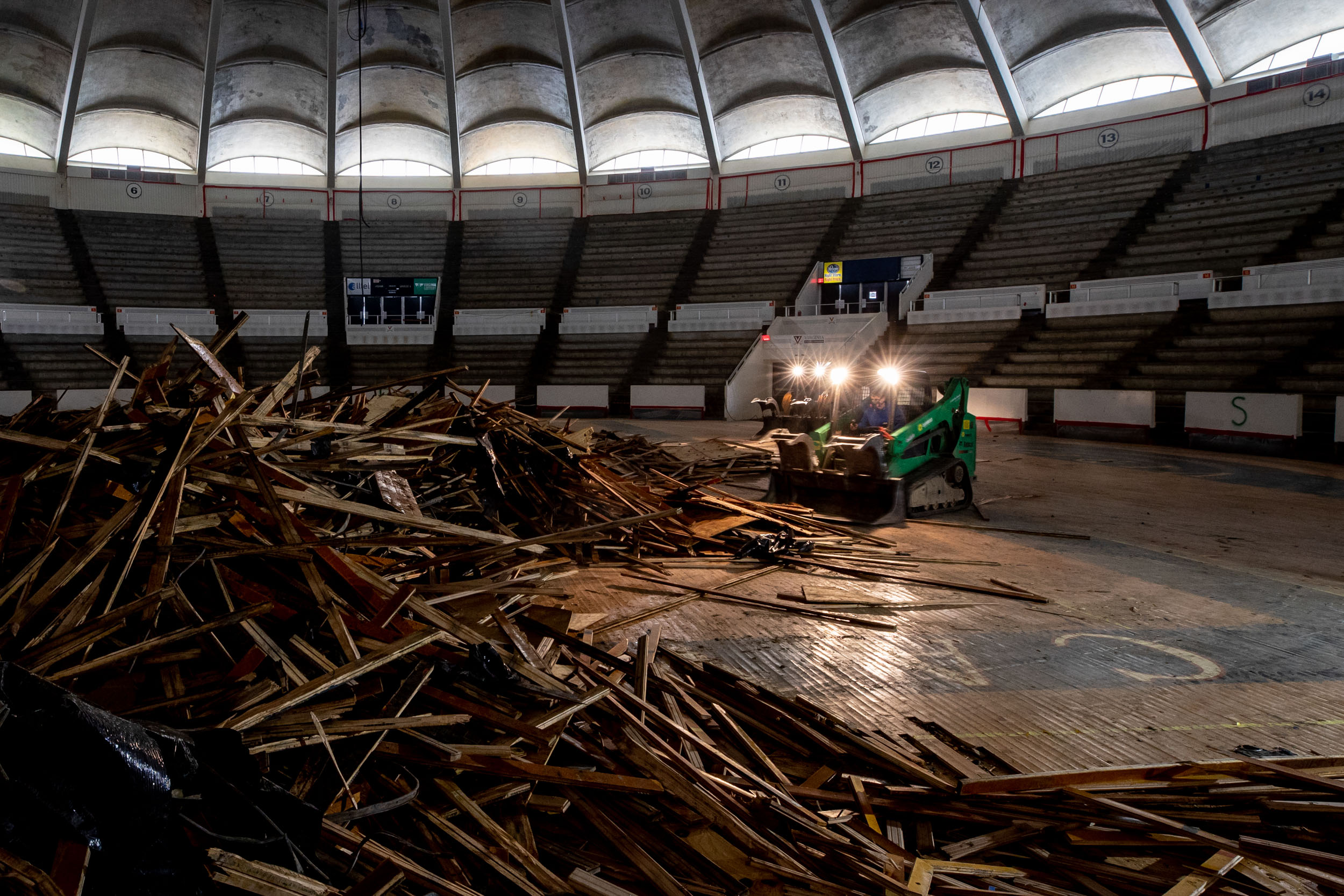 The demolition crew used Bobcats to scrape up the hardwood floor. This floor was recent, and there was no historic value in it, according to Keith Payne, the project’s construction manager. 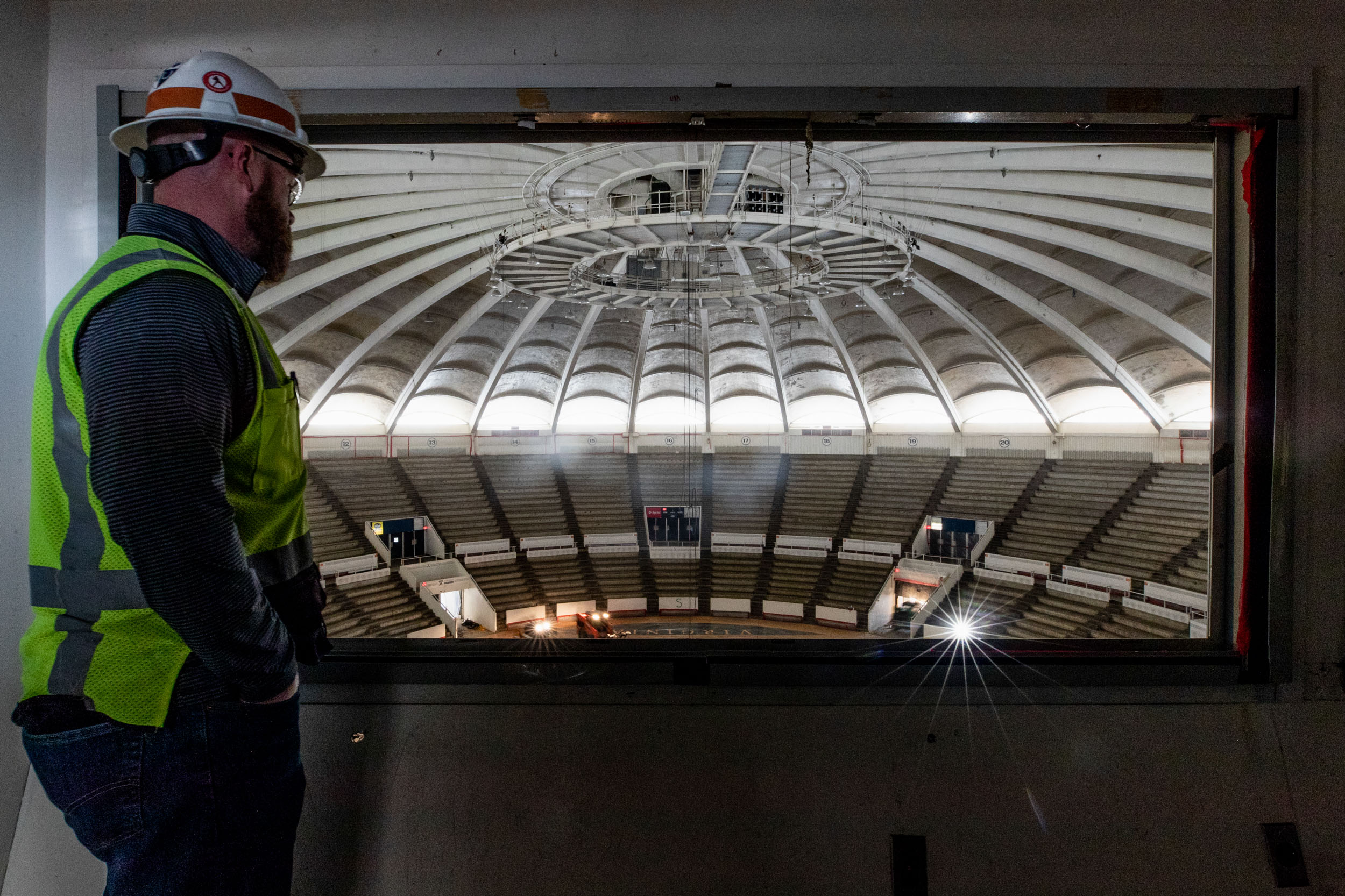 The view from inside the control booth under the roof. 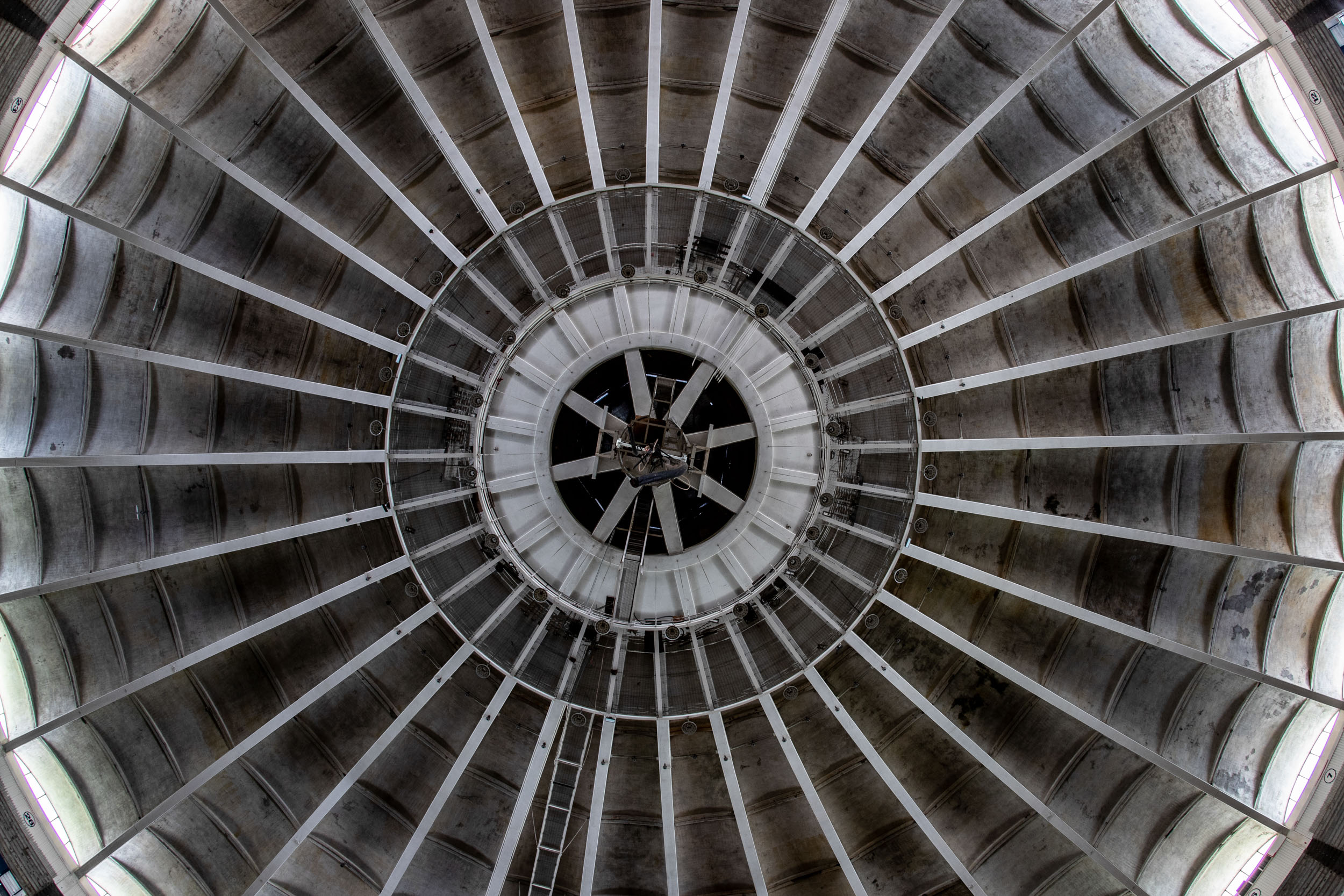 The inside of the dome, reminiscent of Thomas Jefferson’s oculus. 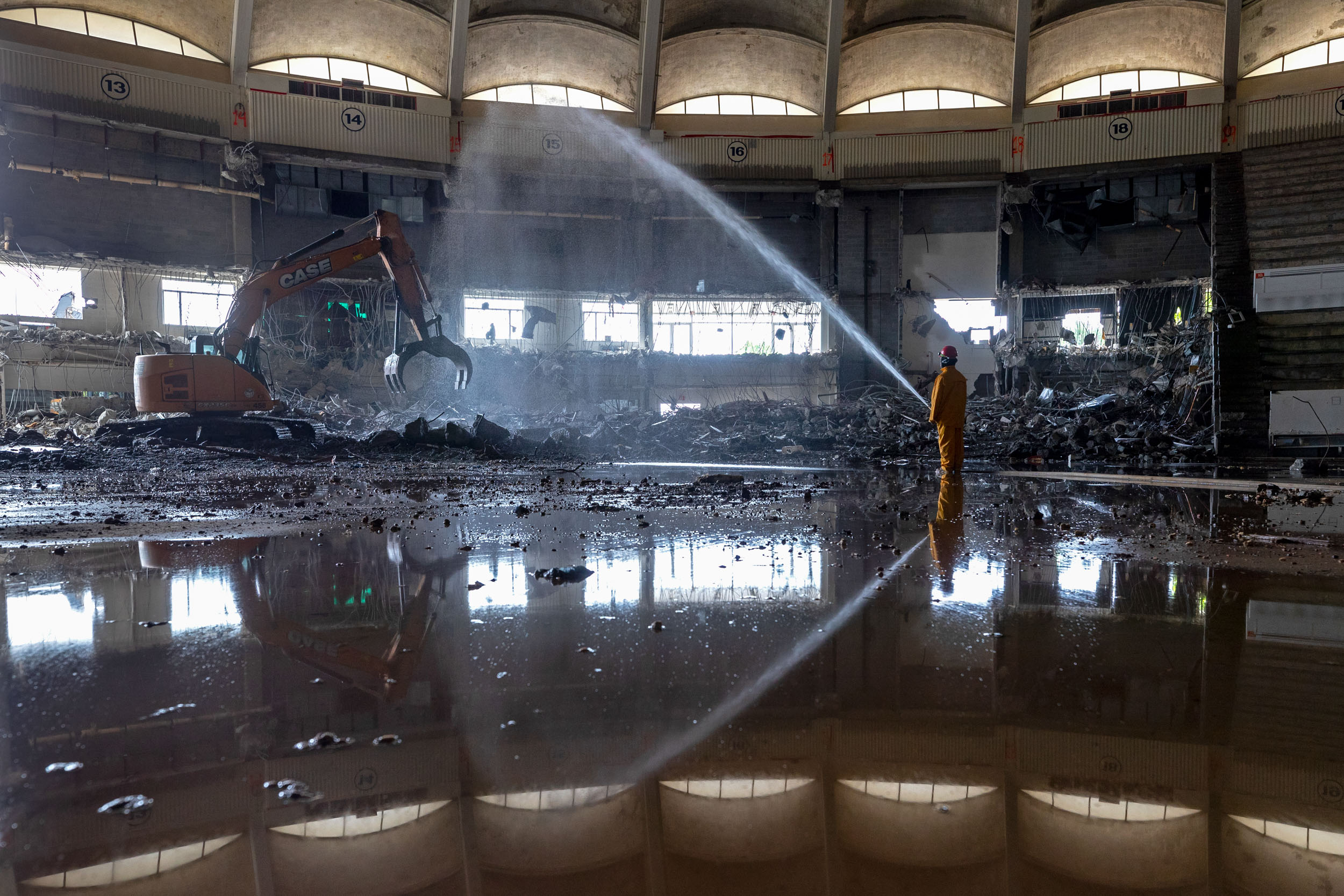 A workman sprayed water to keep down the dust as the concrete seats were demolished. 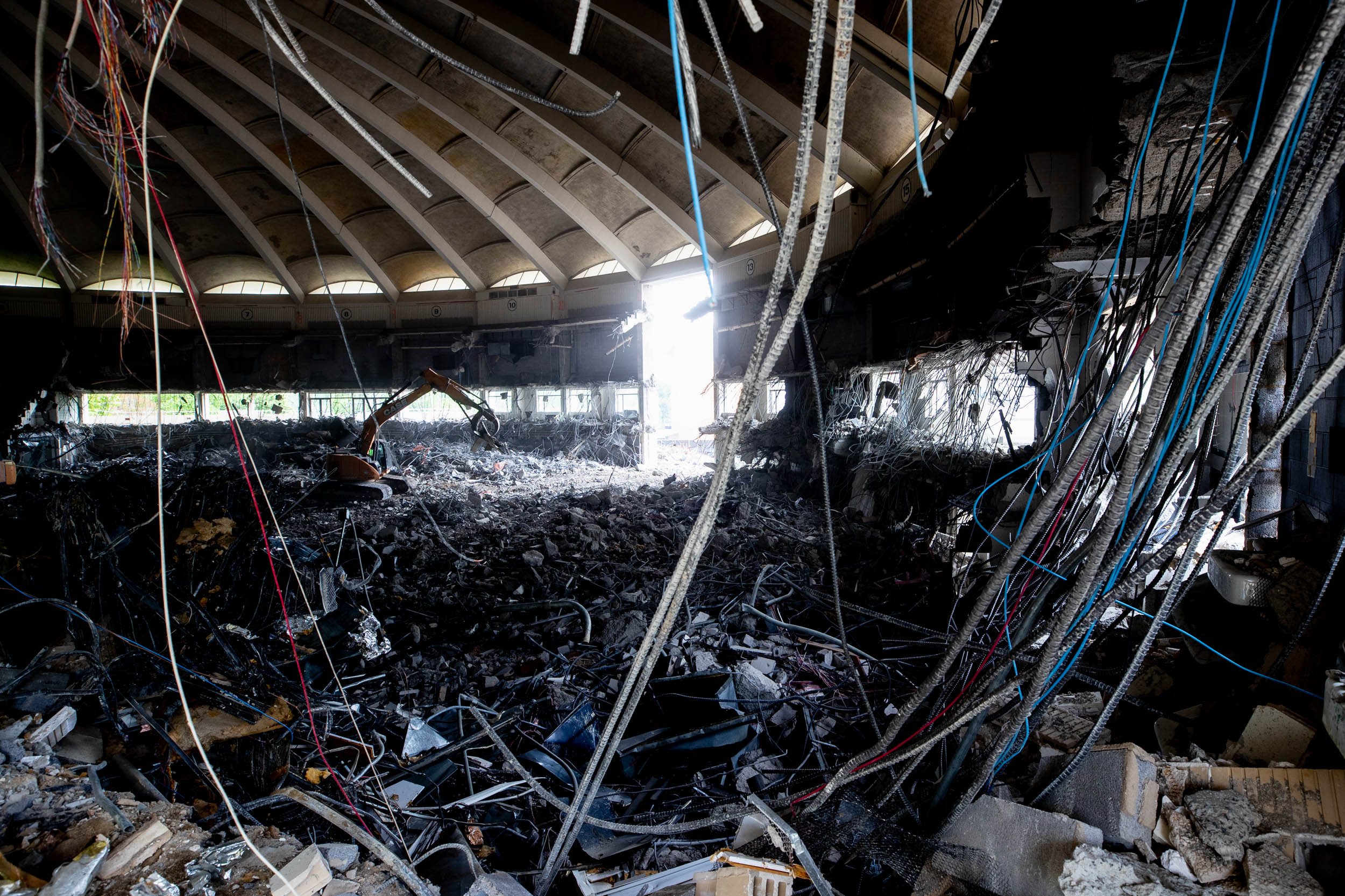 A CASE CX800B Excavator, dubbed the “T-Rex” by the demolition crews, dismantled the inside of the arena. 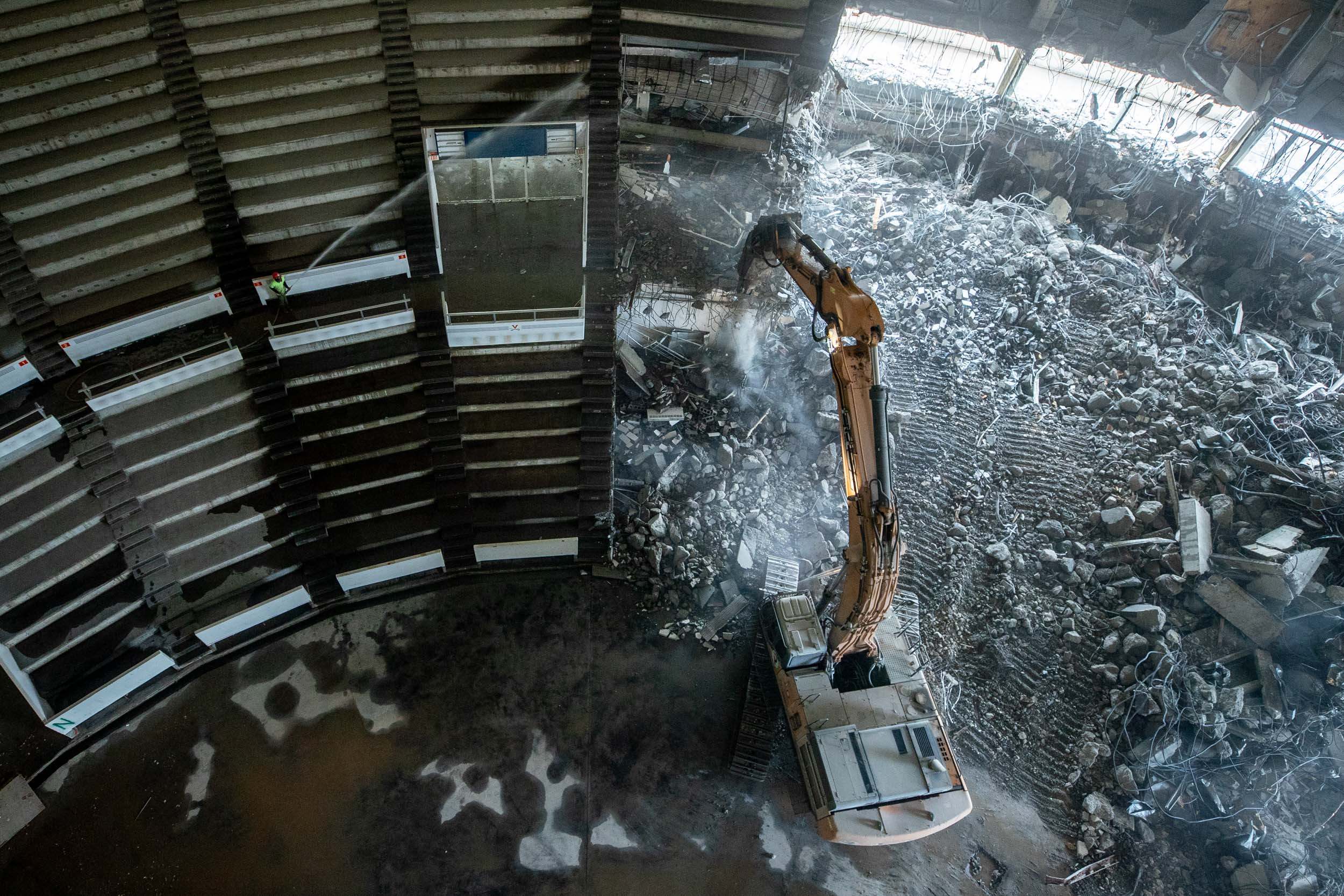 The T-Rex smashed the seating areas, one section at a time. 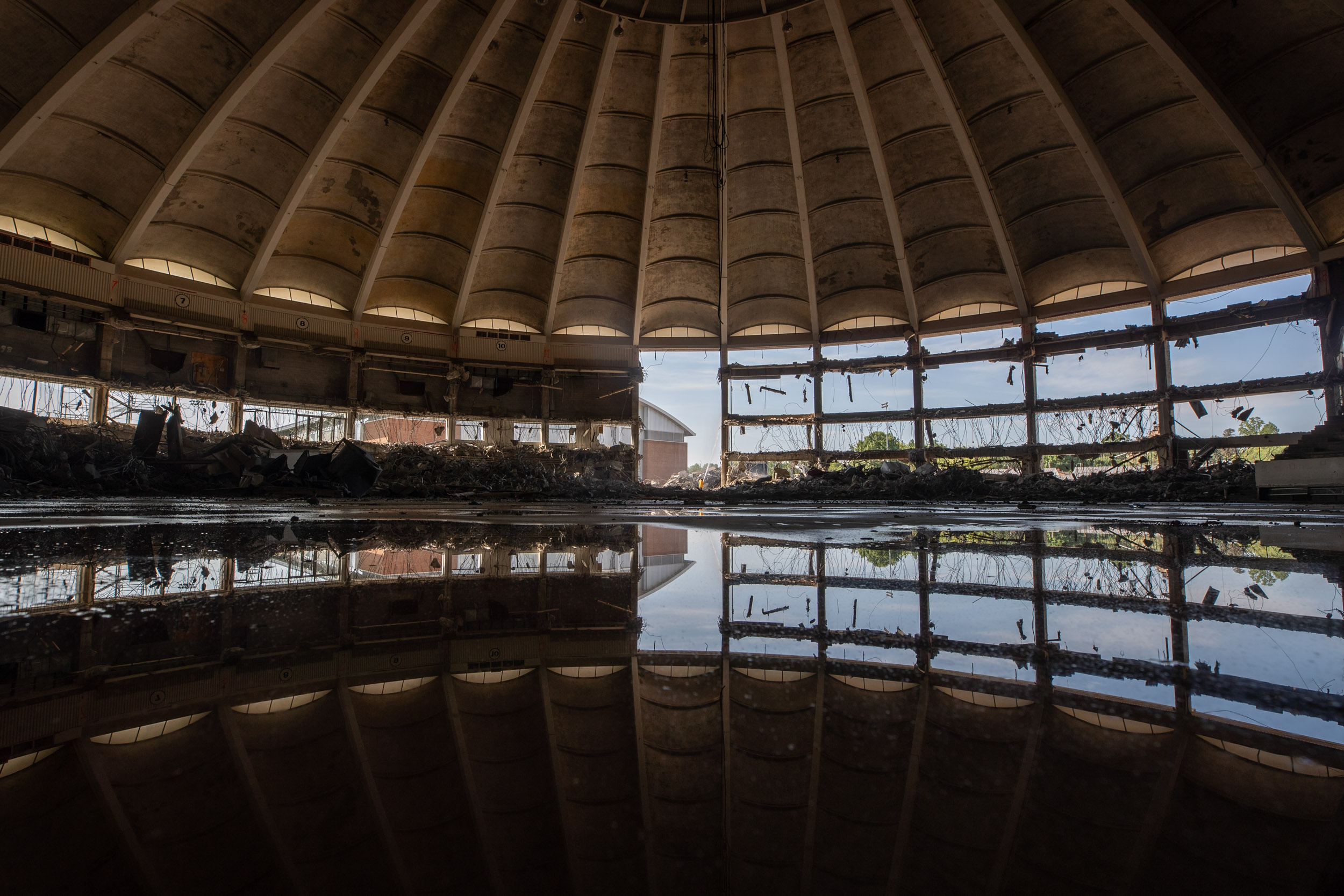 Daylight streamed into the arena after the wall was removed, with everything reflected in the water. 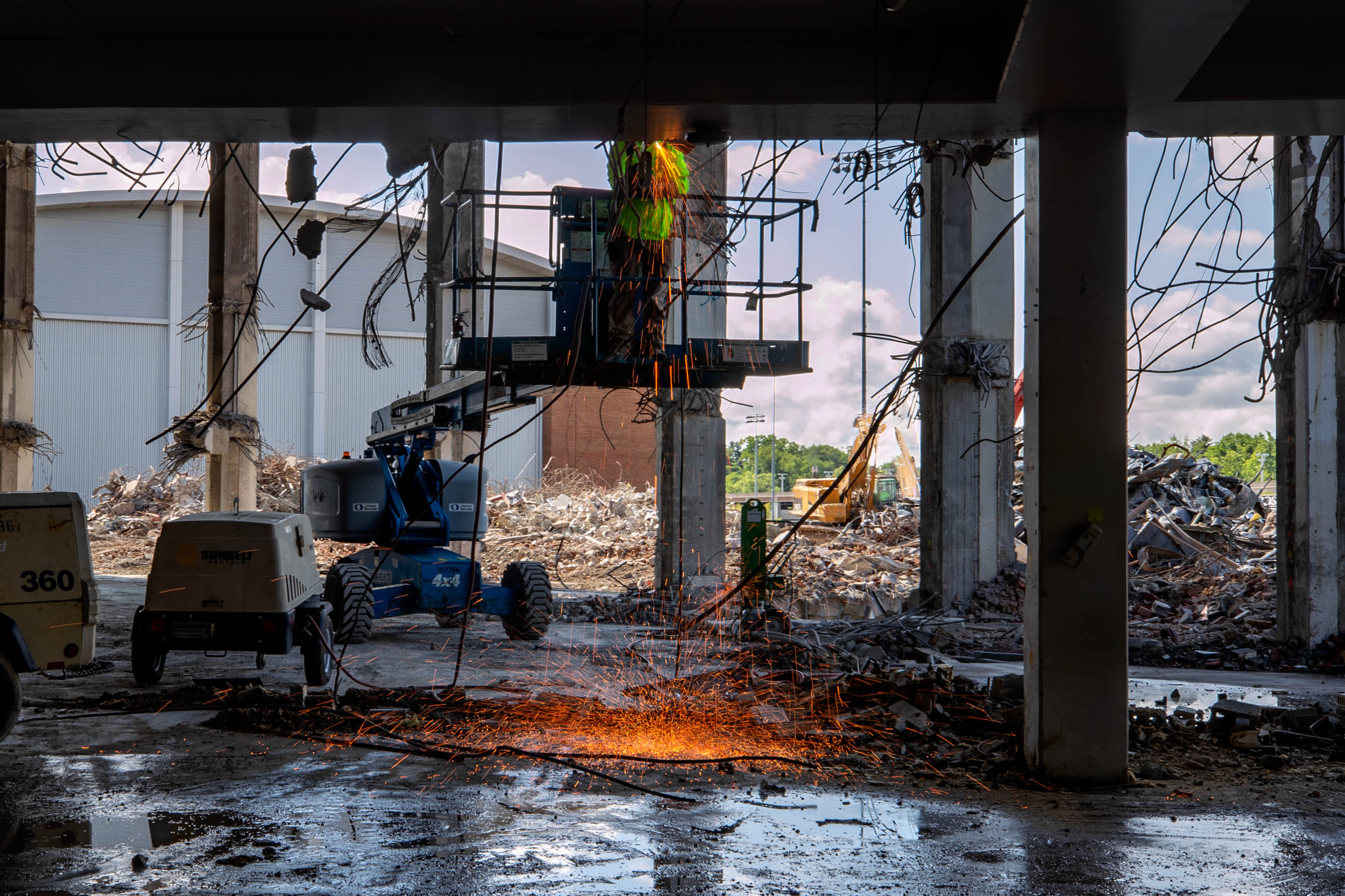 Workmen cut away reinforcing bars in the U-Hall concrete. 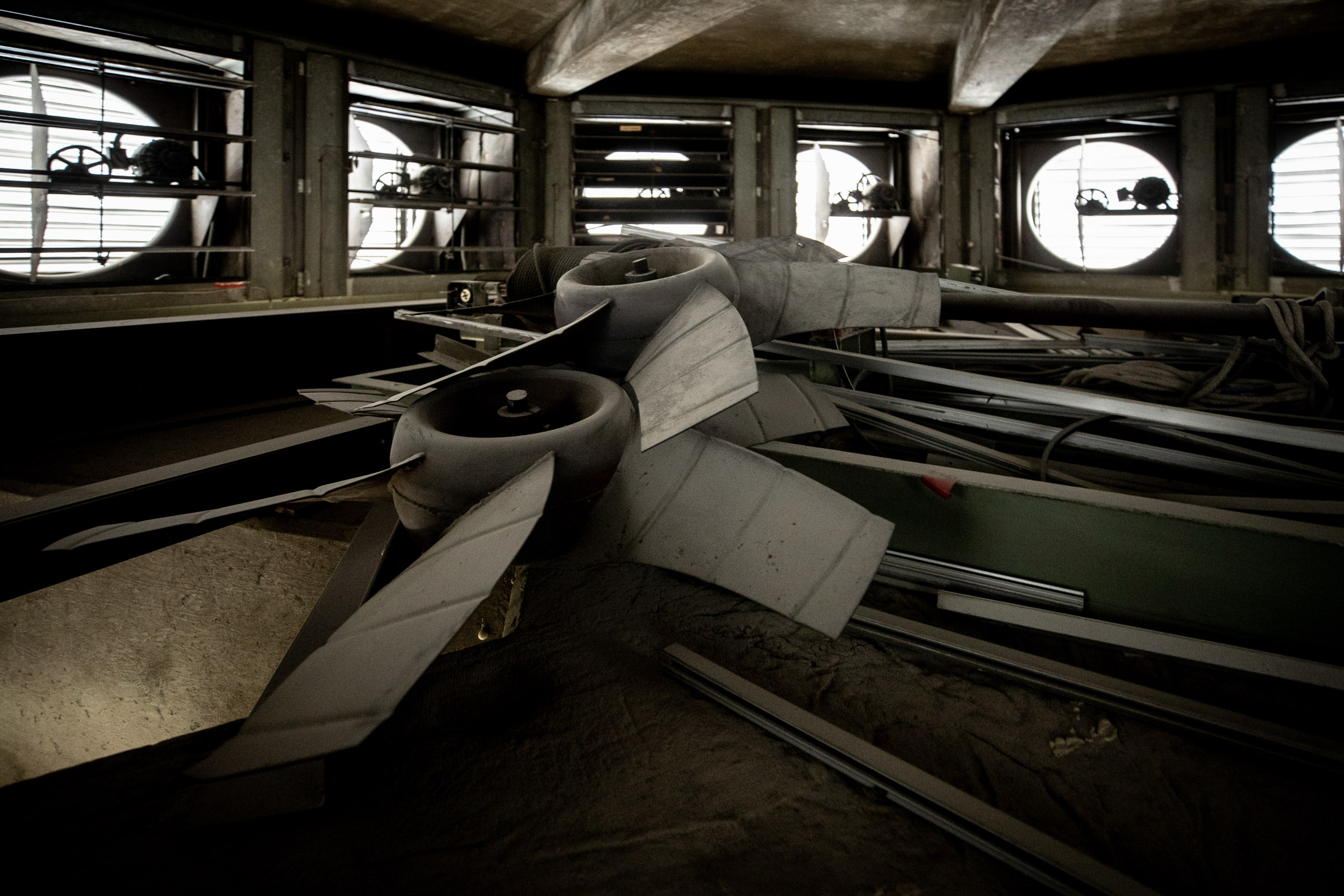 Exhaust fan ports on the top of the dome. 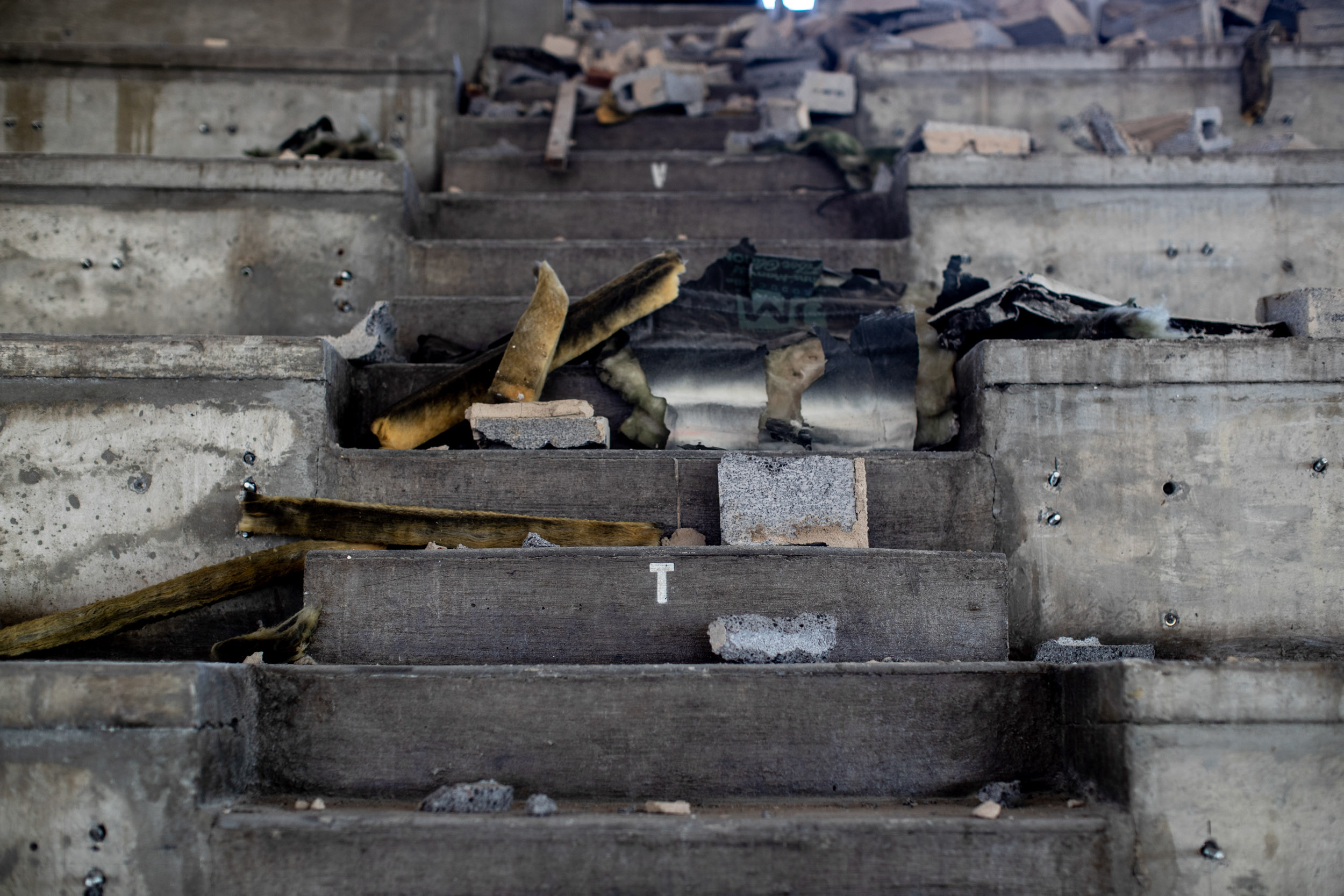 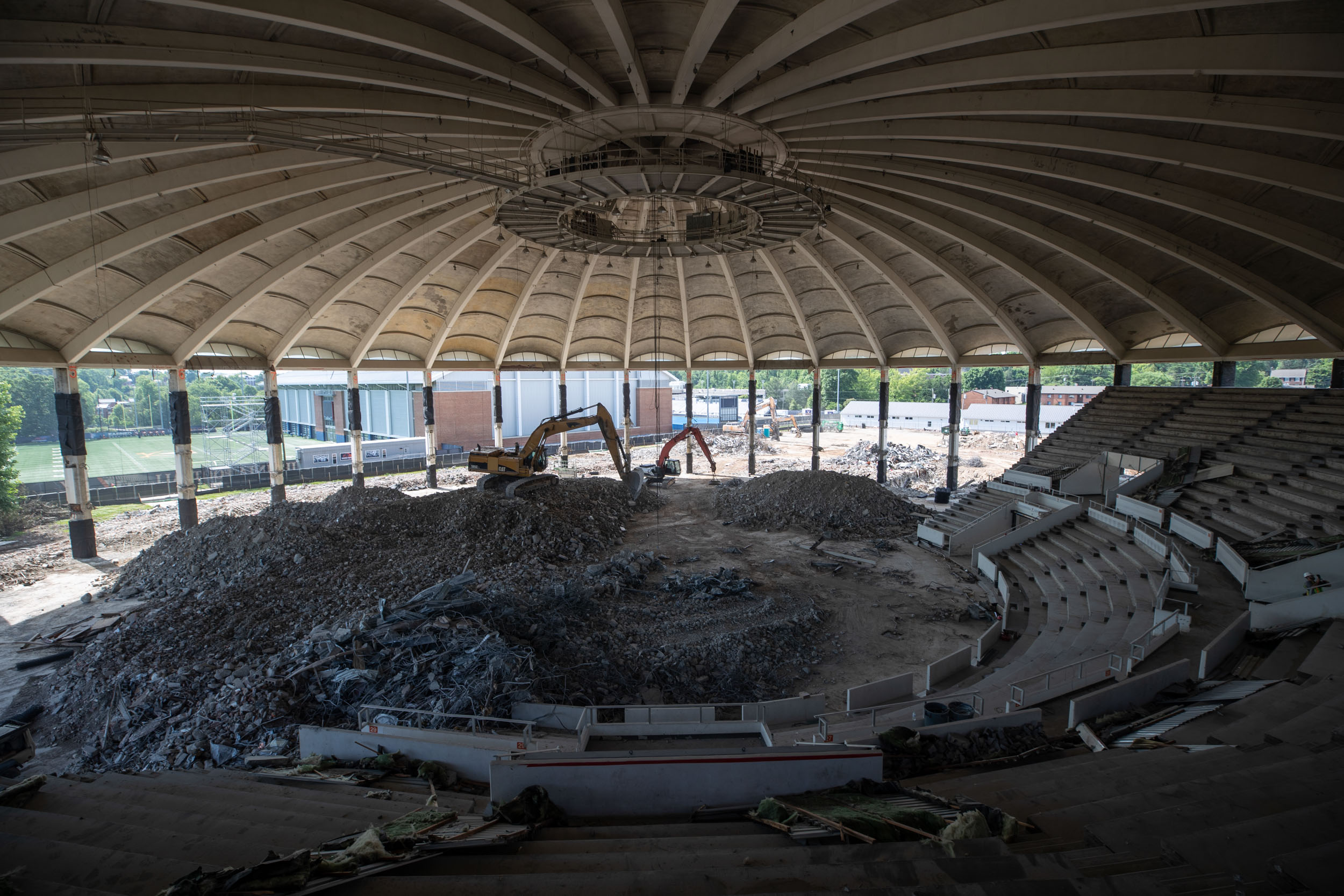 In its final days, U-Hall appeared to be more of an open-air pavilion than an indoor arena. 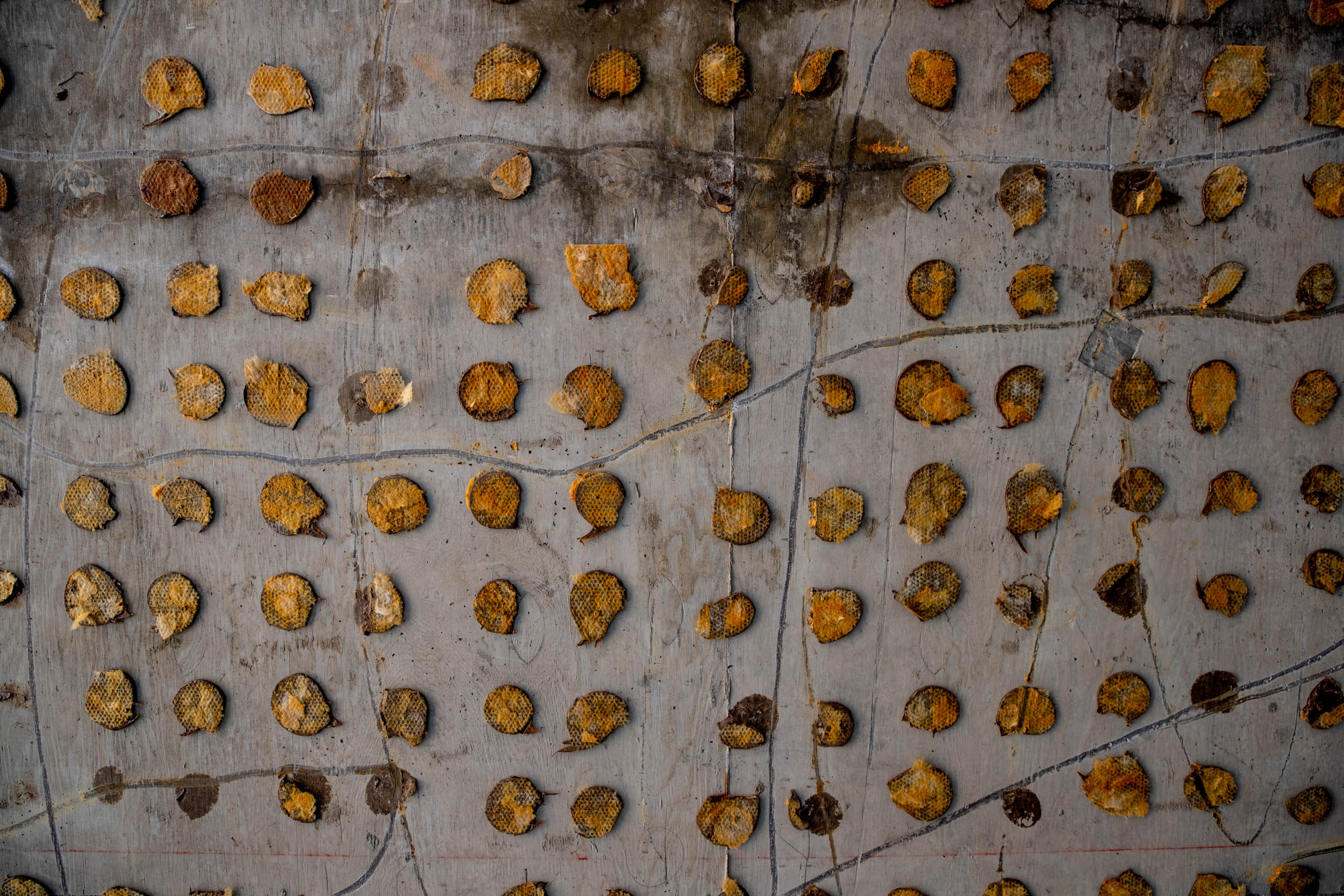 A chunk of concrete with the remains of reinforcing bars. 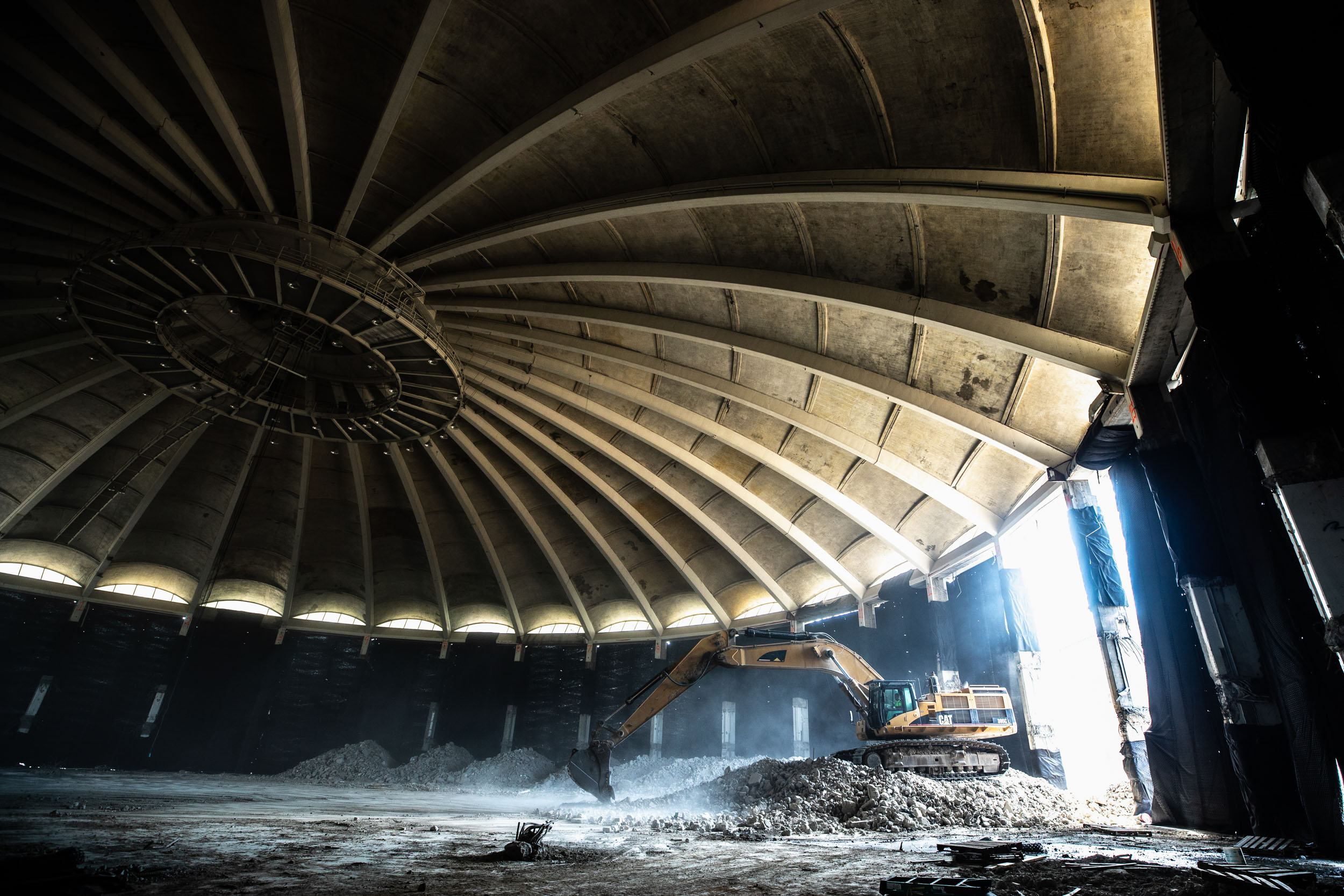 The T-Rex under the dome. 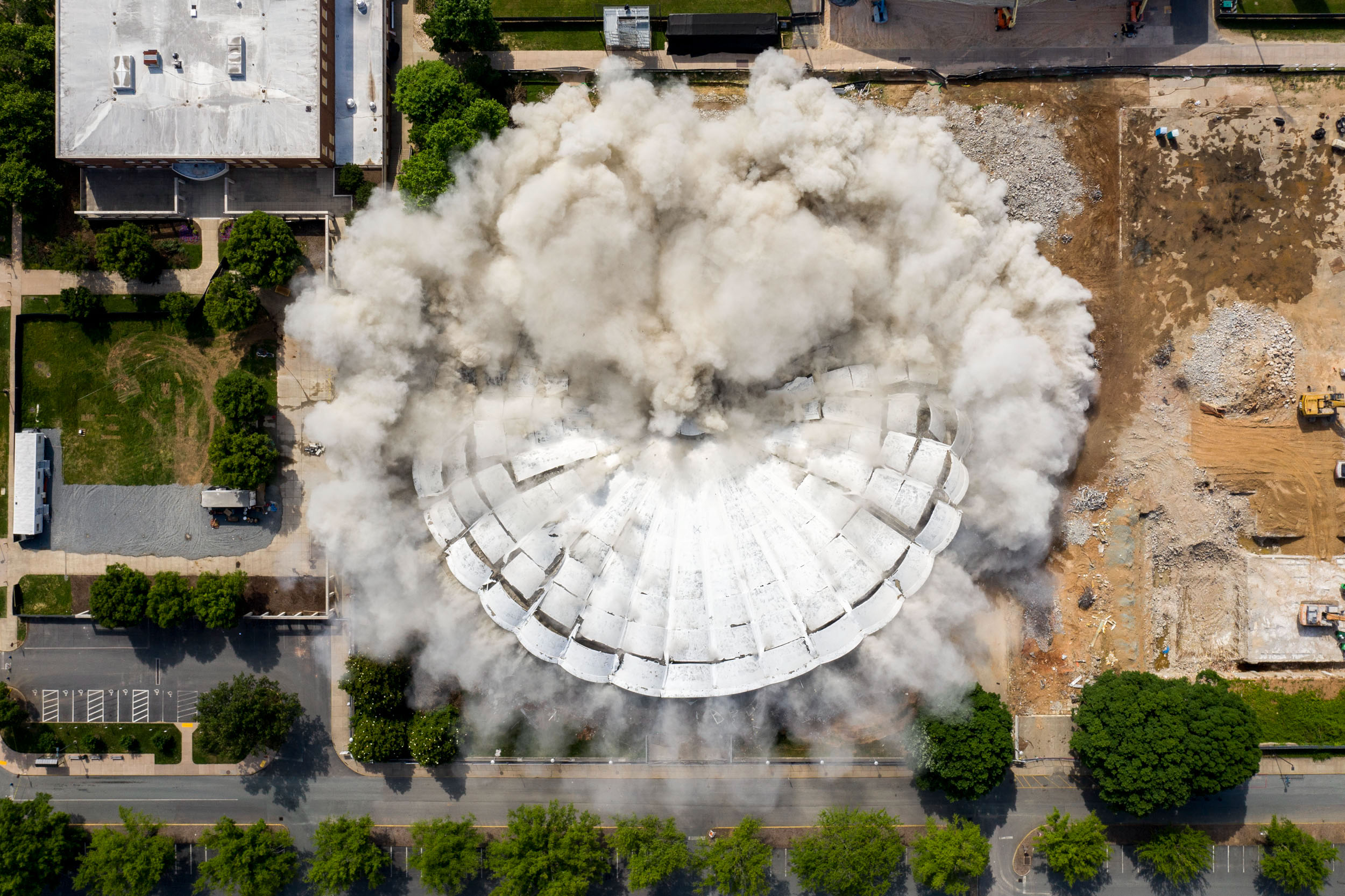 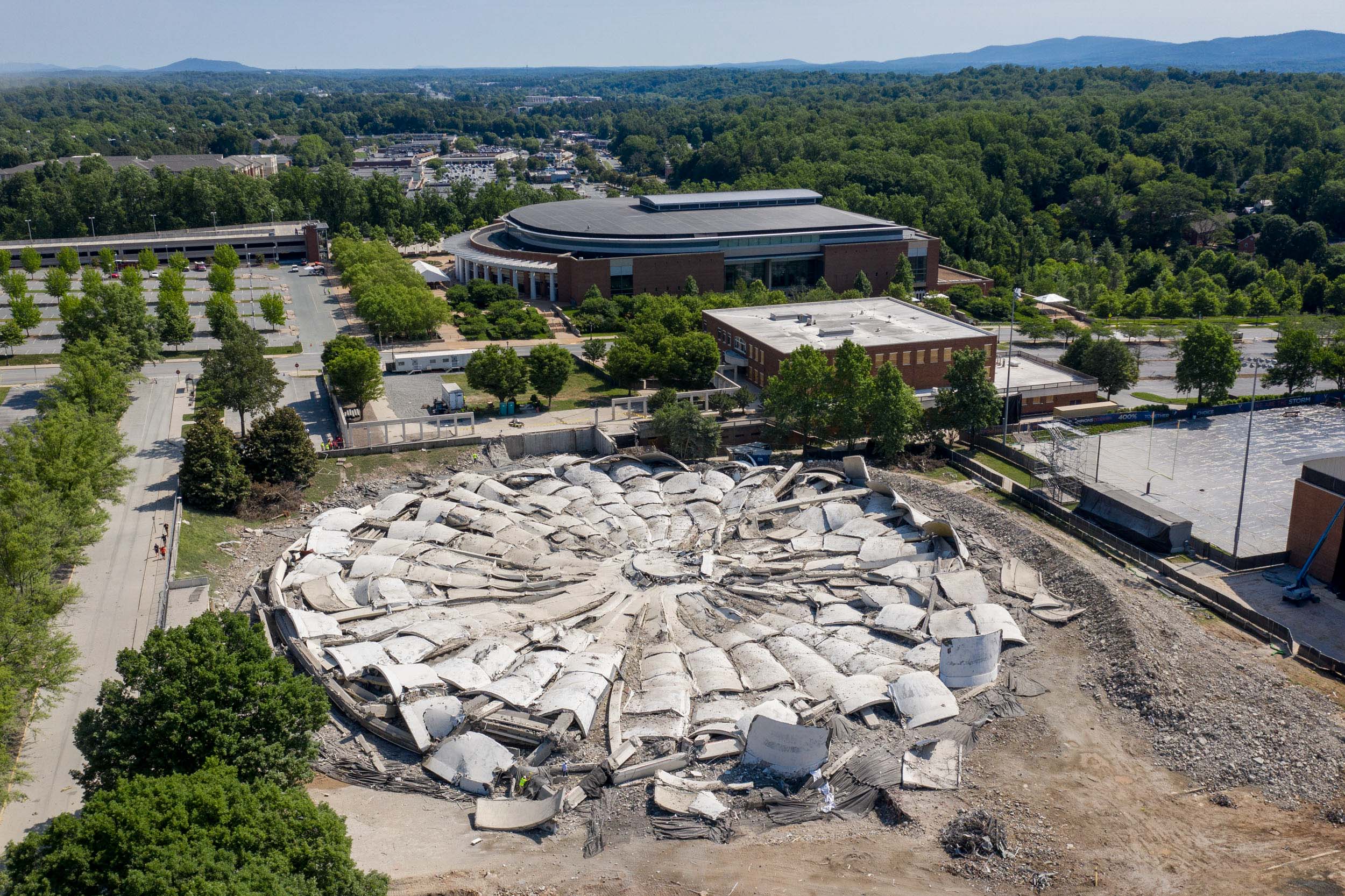 The concrete from U-Hall's demolished dome will be recycled as fill, some on site, to help level off the ground when it is turned into a grass field. 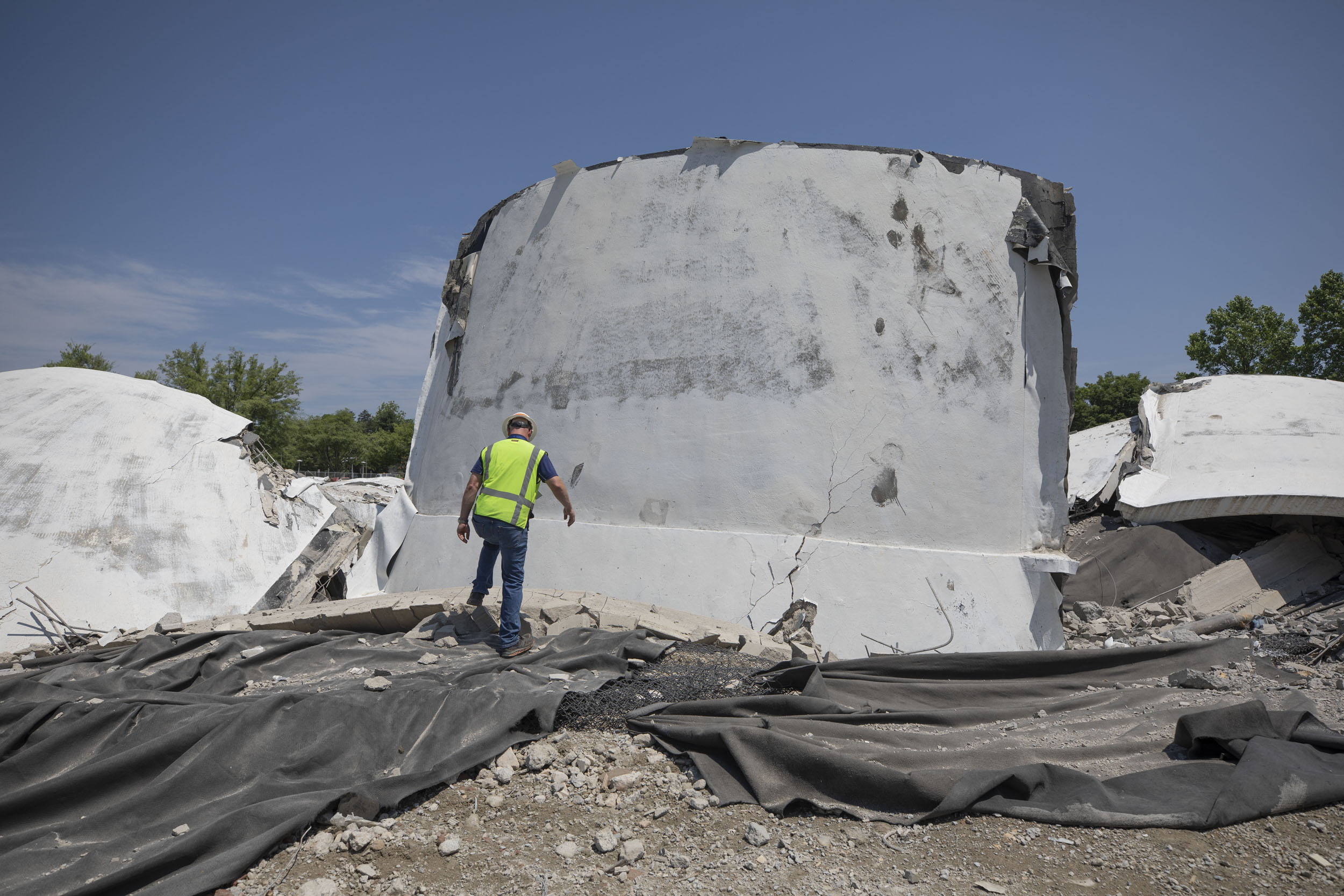 The demolition crew was back on the scene after the fall. 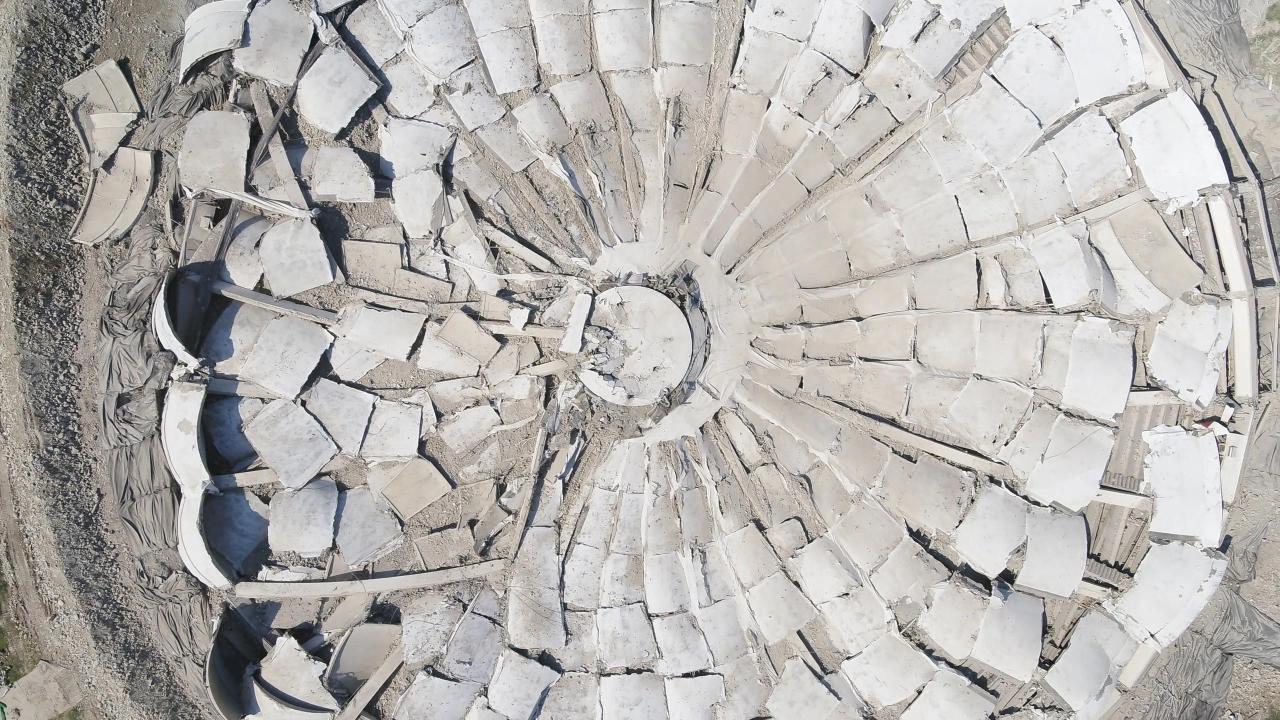 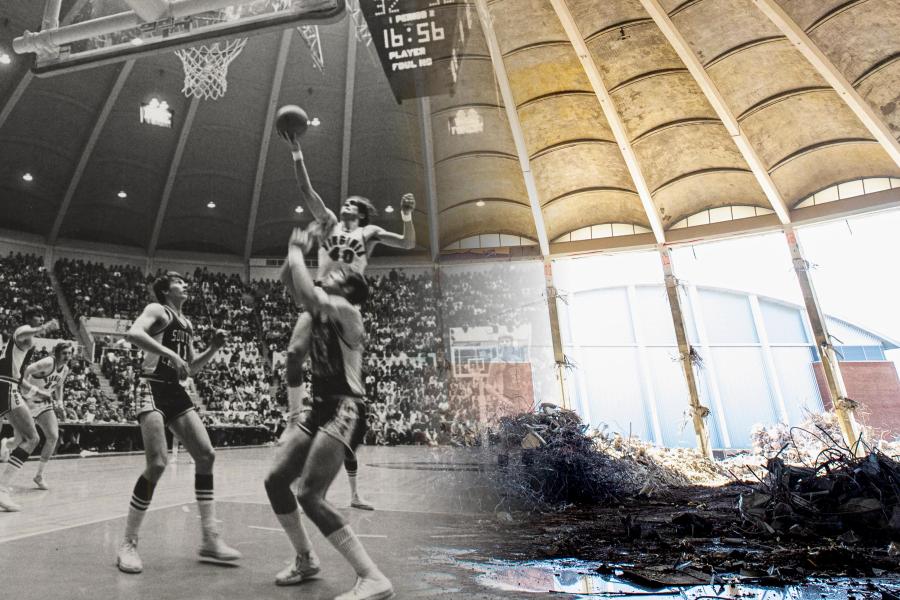 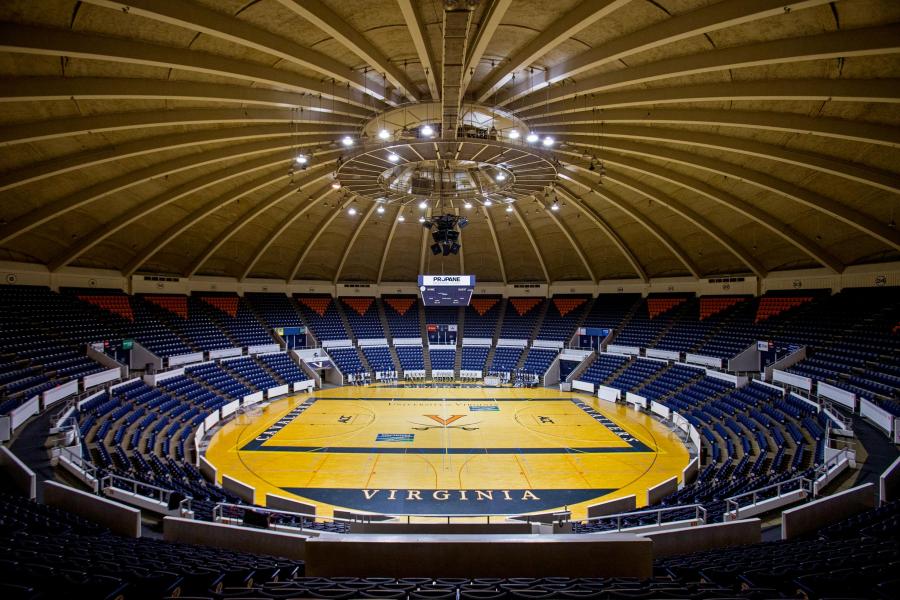 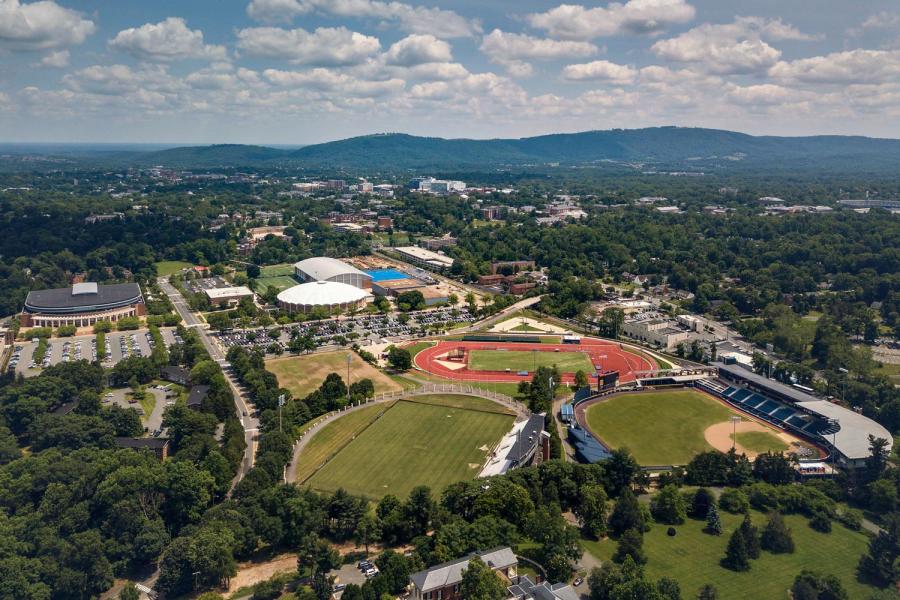