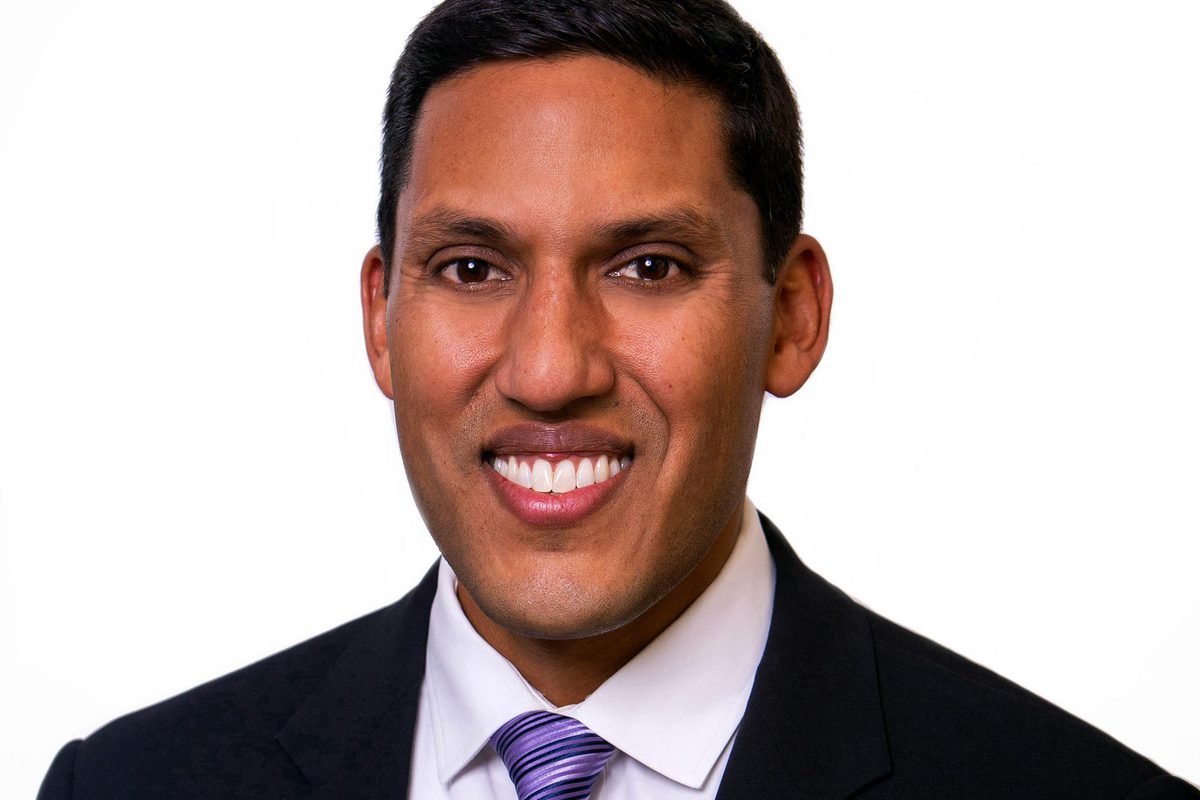 Dr. Rajiv J. Shah, president of the Rockefeller Foundation, is the 2020 recipient of the Thomas Jefferson Foundation Medal in Citizen Leadership.

The Rockefeller Foundation is a global organization that works to end preventable child and maternal mortality, transform food systems to reduce the global burden of disease, end energy poverty for millions in Africa and Asia, and enable meaningful economic mobility in the United States and around the world.

Shah brings more than 20 years of experience in business, government and philanthropy to the Rockefeller Foundation. In 2009, President Obama appointed him to serve as USAID Administrator, and he was unanimously confirmed by the U.S. Senate.

Shah was tasked with reshaping the $20 billion agency’s operations to provide greater assistance to pressing development challenges around the globe. In this role, he led the U.S. response to the Haiti earthquake and the West African Ebola crisis, and served on the National Security Council.

By encouraging innovation and public-private partnerships, and shifting how dollars were spent to deliver stronger results, Shah secured bipartisan support that enabled USAID to dramatically accelerate its work to end extreme poverty, including the passage of two significant presidential priorities – Feed the Future and Power Africa, and the Global Food Security Act, which was the second-largest global development legislation after the President’s Emergency Plan for AIDS Relief. Shah’s work delivered results for countries facing democratic transitions, post-conflict situations and humanitarian crises, and is widely credited with providing life-saving access to food, health and water for millions of children across the planet.

“Throughout his distinguished career, Dr. Rajiv Shah has made tremendous contributions to the well-being of people and communities around the globe,” said Ian H. Solomon, dean of UVA’s Frank Batten School of Leadership and Public Policy, which sponsors the Citizen Leadership medal. “His commitment to public service and unwavering drive to solve humanity’s toughest challenges exemplify what it means to be a citizen leader. We are honored to recognize Dr. Shah’s countless accomplishments and contributions with this award.”

When Shah left USAID in 2015, he continued to follow his passion for creating opportunities for communities to thrive in the developing world by founding Latitude Capital, a private equity firm focused on power and infrastructure projects in Africa and Asia. He was also appointed a Distinguished Fellow in Residence at Georgetown University.

Prior to his appointment at USAID, Shah served as chief scientist and undersecretary for research, education and economics at the U.S. Department of Agriculture. He also served in a number of leadership roles at the Bill & Melinda Gates Foundation, where he helped launch the Alliance for a Green Revolution in Africa (a joint venture by the Gates and Rockefeller foundations) and the International Financing Facility for Immunization (credited with raising more than $5 billion for childhood immunizations worldwide) and where he supported the creation of the Global Development Program.

Raised outside of Detroit, Shah is a graduate of the University of Michigan at Ann Arbor, the University of Pennsylvania School of Medicine and the Wharton School of Business, and has been awarded honorary degrees from Tuskegee University, American University and Colby College. His service and contributions have been recognized by the Department of State, the U.S. Global Leadership Council, the World Economic Forum, Tufts University and Fortune Magazine.

He and his wife, Shivam Mallick Shah, reside in Washington, D.C., with their three children.

What’s Next for UVA’s Class of 2022? END_OF_DOCUMENT_TOKEN_TO_BE_REPLACED