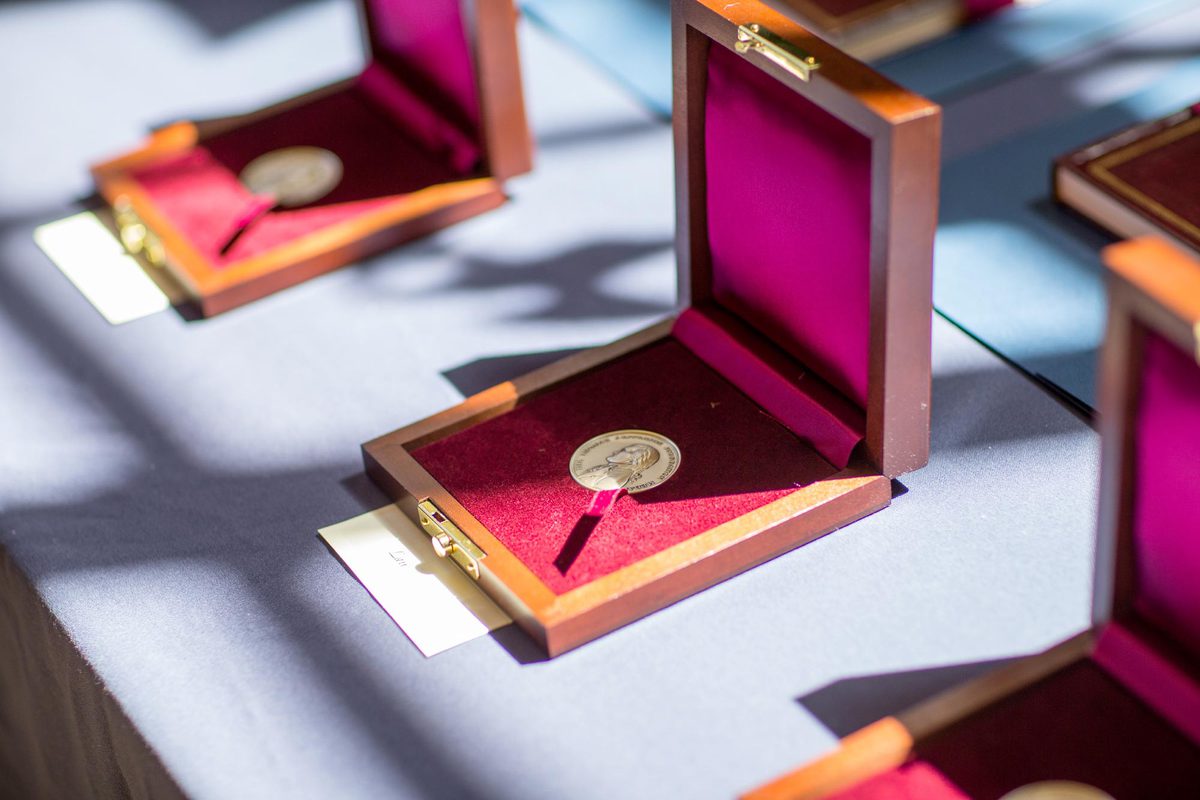 The medals are typically presented in observance of Jefferson’s birthday, April 13, during celebrations including a formal dinner at Monticello, a medal presentation at UVA and public talks by the medalists. However, due to ongoing efforts to contain the spread of the novel coronavirus and limitations on events and travel, this year’s in-person events have been cancelled and the medals will be given in absentia.

“I was very much looking forward to welcoming these extraordinary men and women to Grounds, but the virus had other ideas,” UVA President Jim Ryan said. “Still, I hope they will accept these medals as a token of our admiration and gratitude. Together, they have devoted their lives to areas of study and practice that Thomas Jefferson cared deeply about. And they have done so with an eye toward improvement – recognizing that, while our pursuit of high ideals will always be imperfect, hope lies in the striving.”

“As Thomas Jefferson once counseled, we must ‘do to our fellow-men the most good in our power,’” Leslie Greene Bowman, president and CEO of the Thomas Jefferson Foundation, said. “This year’s medalists embody the spirit of this charge through their selfless, determined work. We are disappointed that we cannot award these honors in person, but no less pleased to recognize their tireless efforts to create a better future.”