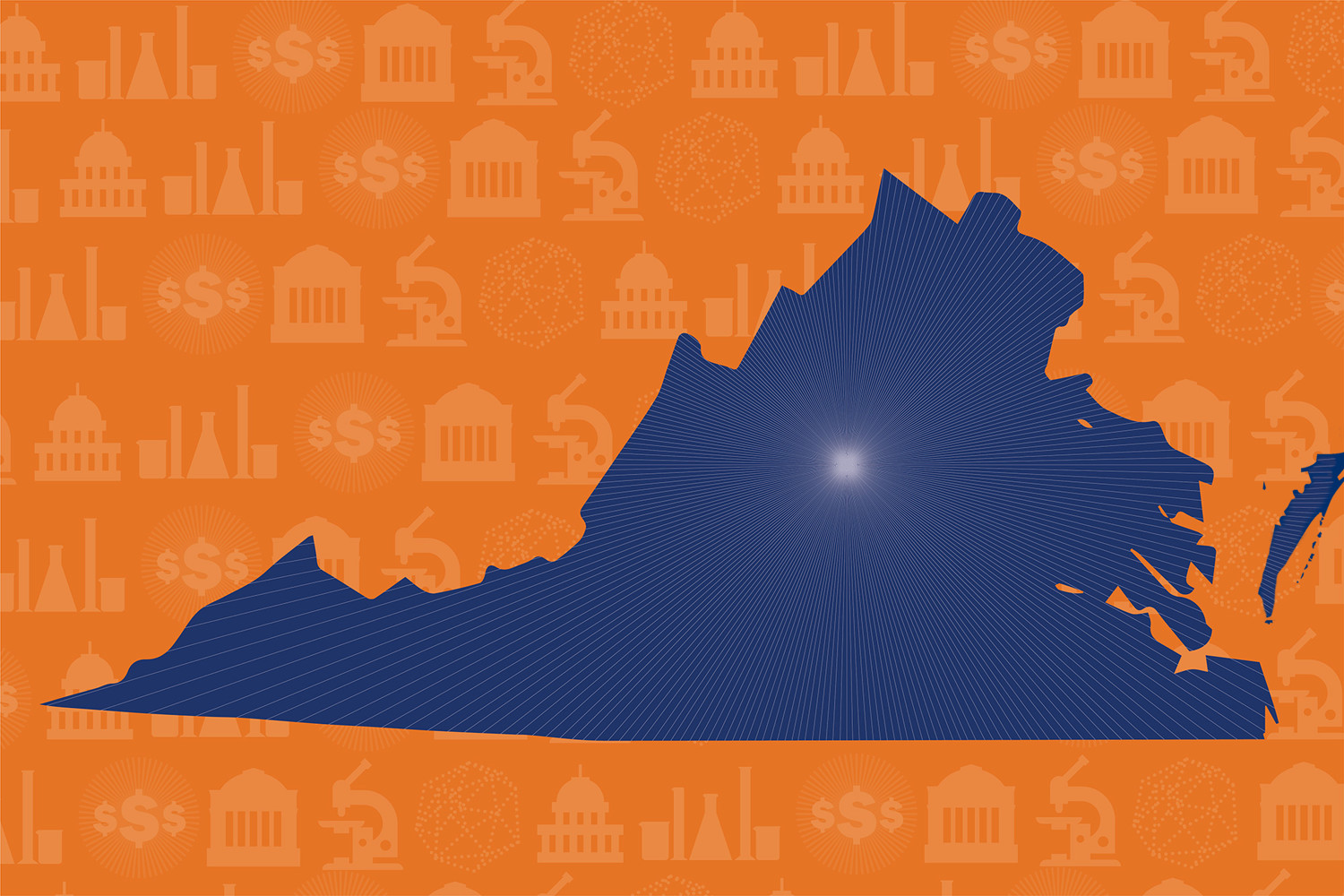 A new study illustrates the University of Virginia’s substantial role as an economic powerhouse contributing to local, regional and state economies.

The independent economic impact study found that UVA’s Academic Division, its Health System and the College at Wise combine to generate $5.9 billion annually in economic activity for the Commonwealth of Virginia. UVA’s 2016-17 operating budget is $3.2 billion.

“The University of Virginia is a significant driver of the economies of the communities it serves and of the commonwealth as a whole,” Executive Vice President and Chief Operating Officer Patrick Hogan said. “From employment to operational spending and construction, to the activity attributable to research and medical care, UVA is proud of its positive economic benefit to the state.”

Among the key findings:

The University’s wide-reaching effect on economic activity also arises from entrepreneurial activity and innovation among UVA faculty, staff, students and alumni; through the volunteerism and charitable activity of the UVA community; and through the many events and activities that attract visitors to University communities.

“The state of Virginia is fortunate to have an exceptional higher education sector, including the added benefit of research institutions with medical centers,” UVA President Teresa A. Sullivan said. “Vibrant and growing universities and colleges make a real difference in the quality of life, education and career opportunities, and the strength of local and state economies. The University of Virginia is pleased to stimulate economic vibrancy in the commonwealth.” 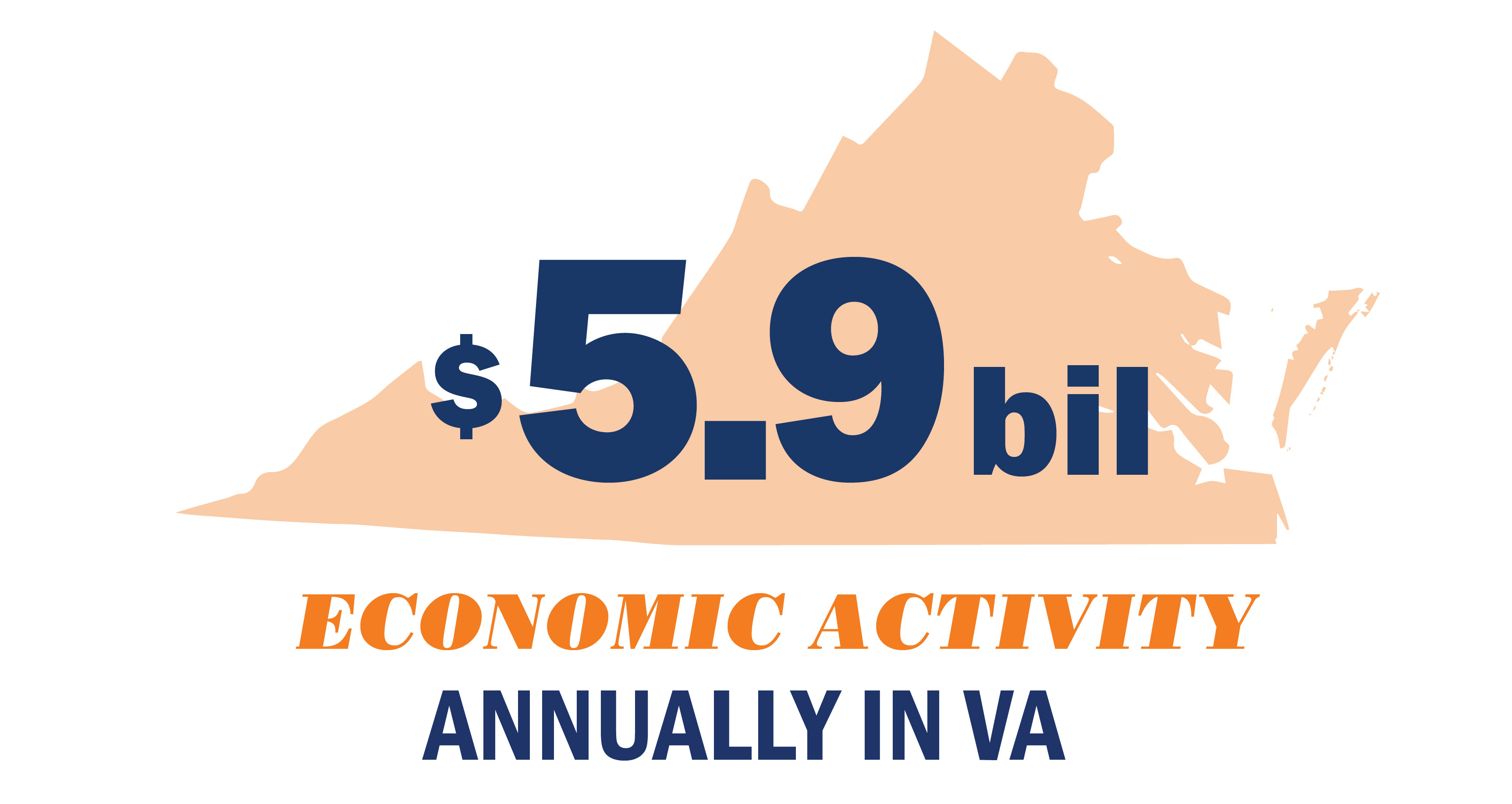 Tripp Umbach collected data for the study from the University’s three primary entities, including operational expenditures, employment headcounts, payroll and benefits, taxes and event information, and the five-year average of capital expenditures.

The report quantifies economic impact for UVA’s three divisions combined, and also for each division independently.

UVA’s total economic impact of $5.9 billion includes spending on goods and services with vendors; spending by employees, students and visitors; and also economic impact generated by businesses that benefit from UVA’s spending.

Additionally, UVA impacts the economy through the development of new products for commercialization. Commercial ventures built on UVA’s intellectual property help make Charlottesville the fastest-growing venture capital ecosystem in the U.S., according to the National Venture Capital Association. 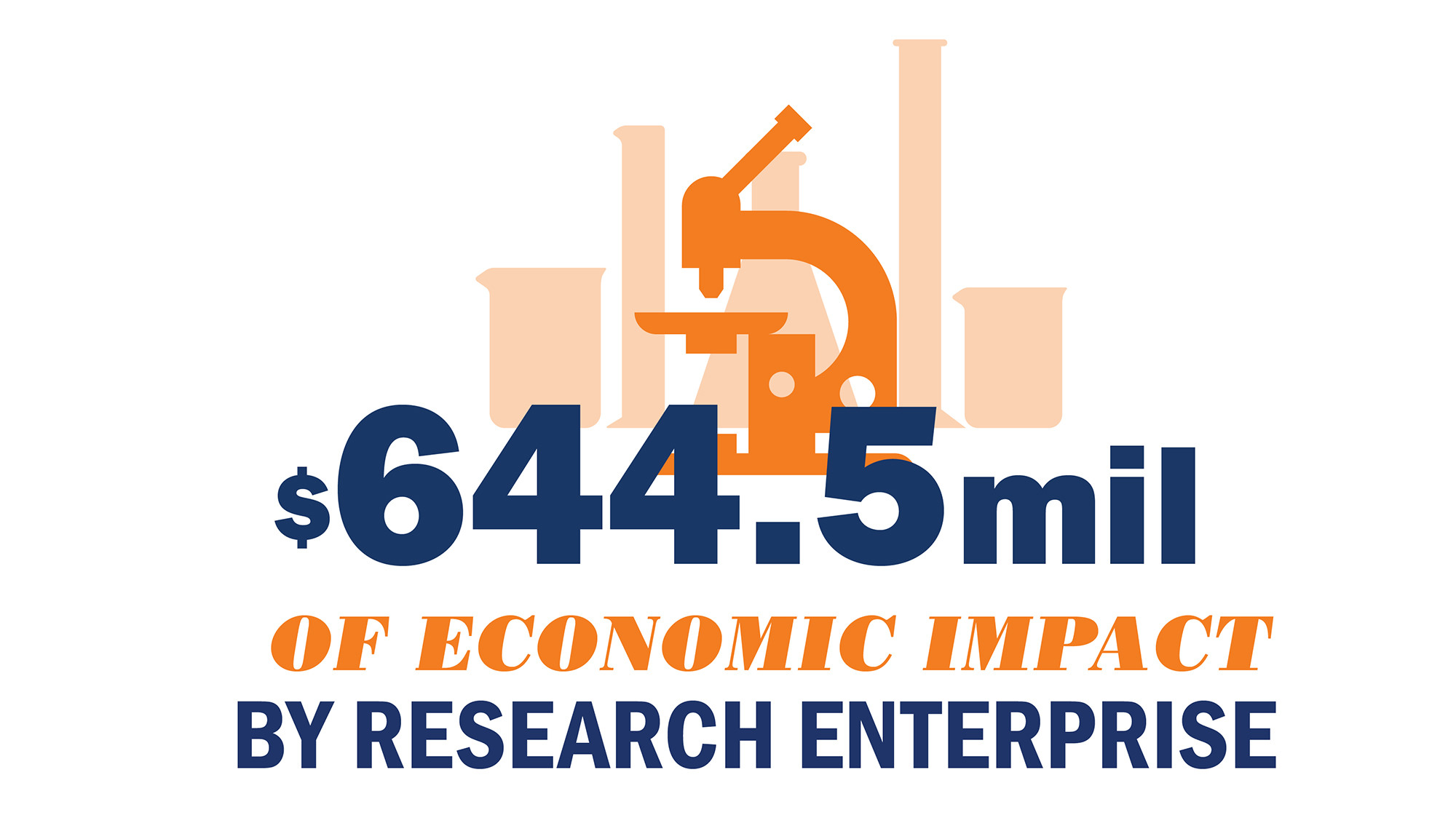 Since 2006, 53 companies have been formed as a result of University innovations. In the 2014-15 fiscal year, UVA researchers submitted 187 invention disclosures for commercial consideration, their highest number in any single year. In that fiscal year, UVA also received 28 U.S. patents, and closed the deal on 80 commercialization agreements.

UVA also contributes to the economy through its nearly 22,000 students and 91,530 alumni living in the state. UVA alumni have started 65,000 companies worldwide, generating about $1.6 trillion in annual revenues. 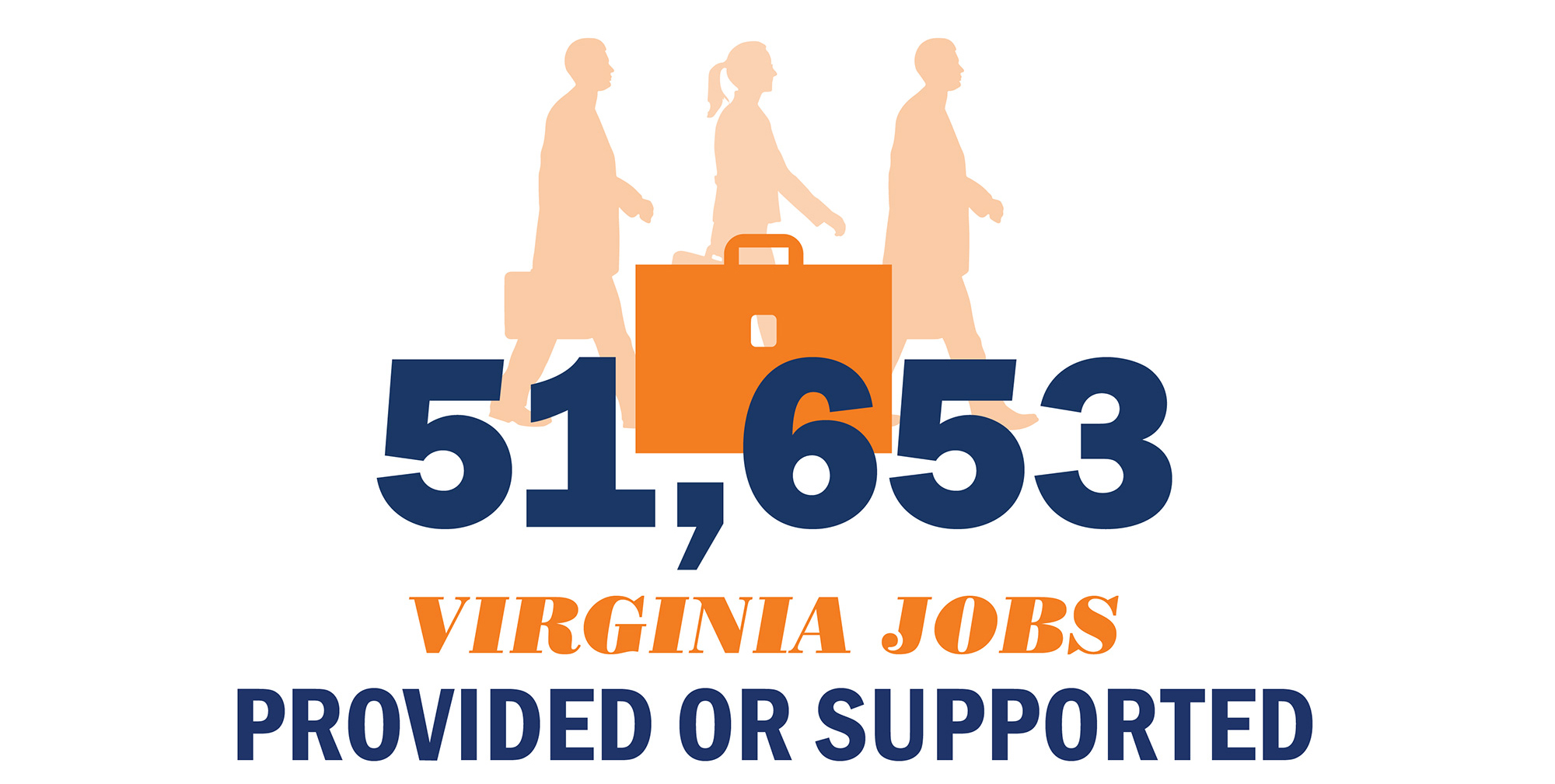 UVA employees and students also generate more than $70.3 million annually in donations to charitable organizations, including the Commonwealth of Virginia Campaign, and through volunteer activities. UVA leads all state agencies in giving to the CVC, and has since 1999 given a total of more than $13 million to the campaign, which supports more than 1,000 organizations.

Finally, the University attracts thousands of people each year to the region through events and activities. These include concerts, sporting events, historical sites (the University’s Rotunda is a UNESCO World Heritage site), graduation ceremonies, the Virginia Film Festival and the Virginia Festival of the Book. UVA also hosts numerous conferences that attract global participation, such as the annual University of Virginia Investing Conference at the Darden School of Business and one-time events like “Human/Ties,” a 2016 festival commemorating the 50th anniversary of the founding of the National Endowment for the Humanities that featured a series of public lectures, performances and conversations exploring the importance of the humanities in the modern world.

The economic impact of visitors to the commonwealth due to the presence of UVA amounted to $352.9 million in the 2014-15 fiscal year, supporting hotels and restaurants and purveyors of personal goods, entertainment, parking and more. This represents 3,918 local jobs, and state and local government revenues of $23 million.

The full economic impact report can be found here.

Netflix to Add Ads. Why This Could Be a ‘Game-Changer’ for Your Viewing Experience END_OF_DOCUMENT_TOKEN_TO_BE_REPLACED

What’s Next for UVA’s Class of 2022? END_OF_DOCUMENT_TOKEN_TO_BE_REPLACED