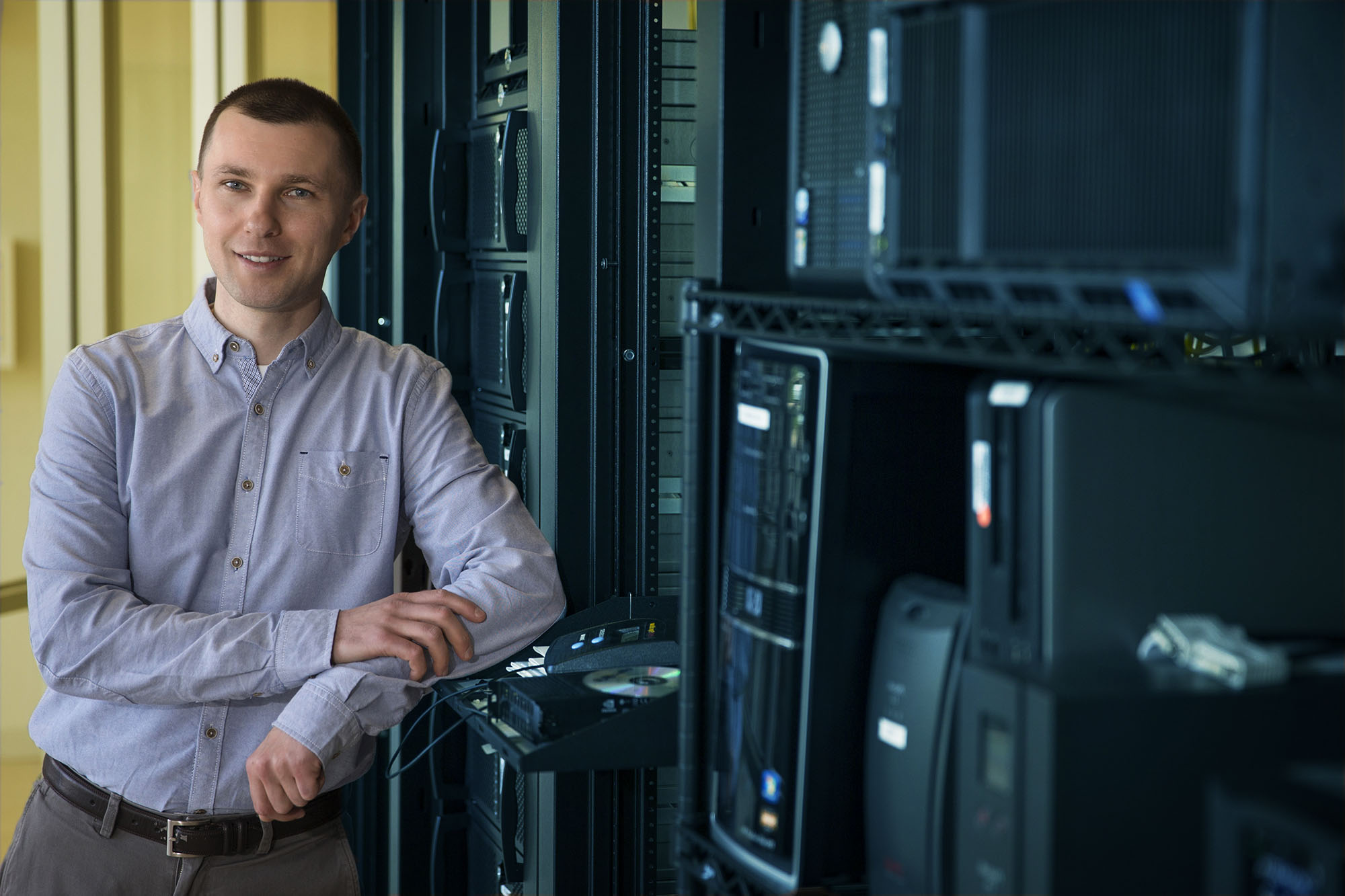 As the sheer volume of data in a range of computationally intensive fields grows bigger, computer scientists, engineers and researchers from across the disciplines are finding that work involving “big data” increasingly lands at the intersection of disciplines.

Denis Nekipelov, a new associate professor of economics at the University of Virginia, calls it “research at the frontiers.”

He is leading an effort in his department, and across Grounds, to bring together researchers who are finding that their skill sets are complimentary and compatible, even when their fields may differ.

“I see part of my role as a researcher who uses large volumes of data is to explore and collaborate with other investigators in other fields, to open doors on our various skill sets, to seek out new tools that may be useful to all of us,” Nekipelov said.

A new member of the advisory board of the U.Va. Data Science Institute with appointments in economics and computer science, he studies online advertising auctions and ways to use the vast quantities of real-time data generated online to understand how markets function. He says that computer models involving big data, and specifically economics models, are instrumental to the data revolution.

“In many cases, model-free data analysis may give misleading results, and models are also important to make accurate predictions from data,” he said.

Since coming to the University last fall from the University of California, Berkeley, and a fellowship at Microsoft, Nekipelov has helped organize a Distinguished Lecture Series through the Data Science Institute, bringing experts from industry to discuss the issues facing academia, government and business as data science comes to the forefront as a distinct and multidisciplinary field of inquiry and activity.

“Varian has long been a visionary in the economics of information technology and is an undisputed authority on a range of topics from economics of privacy to pricing digital goods and online advertising auctions,” Nekipelov said.

Upcoming speakers invited by Nekipelov and the Data Science Institute include Chinmay Karande, engineering manager at Facebook, and Joaquin Quinonero Candela, Facebook’s director of engineering. They will speak April 23 at 5 p.m. in Minor Hall, room 125.

Past speakers in the series were Zillow chief economist Stan Humphries, who holds a U.Va. Ph.D. in government, and Aviv Nevo, deputy assistant attorney general at the U.S. Department of Justice and professor of economics at Northwestern University.

“Denis has done a wonderful job in obtaining a very high profile set of speakers for our inaugural Data Science Lecture series,” said Don Brown, director of the Data Science Institute and a professor of systems and information engineering. “He is also working to create partnerships among faculty members in the different disciplines involved in data science to submit competitive proposals to agencies like NIH.”

Nekipelov also leads a reading group for computer science and economics students – with economics professor Amalia Miller, and computer science professors David Evans and Mohammad Mahmoody – bringing them together to read the literature in their respective fields and to discuss how the disciplines intersect. And he teaches a graduate course, “Data Rich Econometrics,” which is open to students from across Grounds.

“The projects led by Denis are really frontier, and through the lecture series and his teaching we are making big efforts to engage the University community,” said Sarah Turner, who chairs the economics department.

Nekipelov expects to see ever-greater interaction and collaboration between researchers in such data-heavy arenas as economics, particle physics, astrochemistry, climate science, biochemistry and others.

“Investigators increasingly are finding that we have to move out of our comfort zones and think like engineers and computer scientists,” Nekipelov said. “A way to think well is to think together, bringing our unique contributions to the discussion and by learning from each other. This synergy will help us prepare students for the workplace in many industries, in government and academia, and will help the University garner new research funding as we break new ground. Our goal is to build on this momentum.”

What’s Next for UVA’s Class of 2022? END_OF_DOCUMENT_TOKEN_TO_BE_REPLACED