Eleven Months and $19,000 Later, This Alum’s Debut Full-Length Album is Out 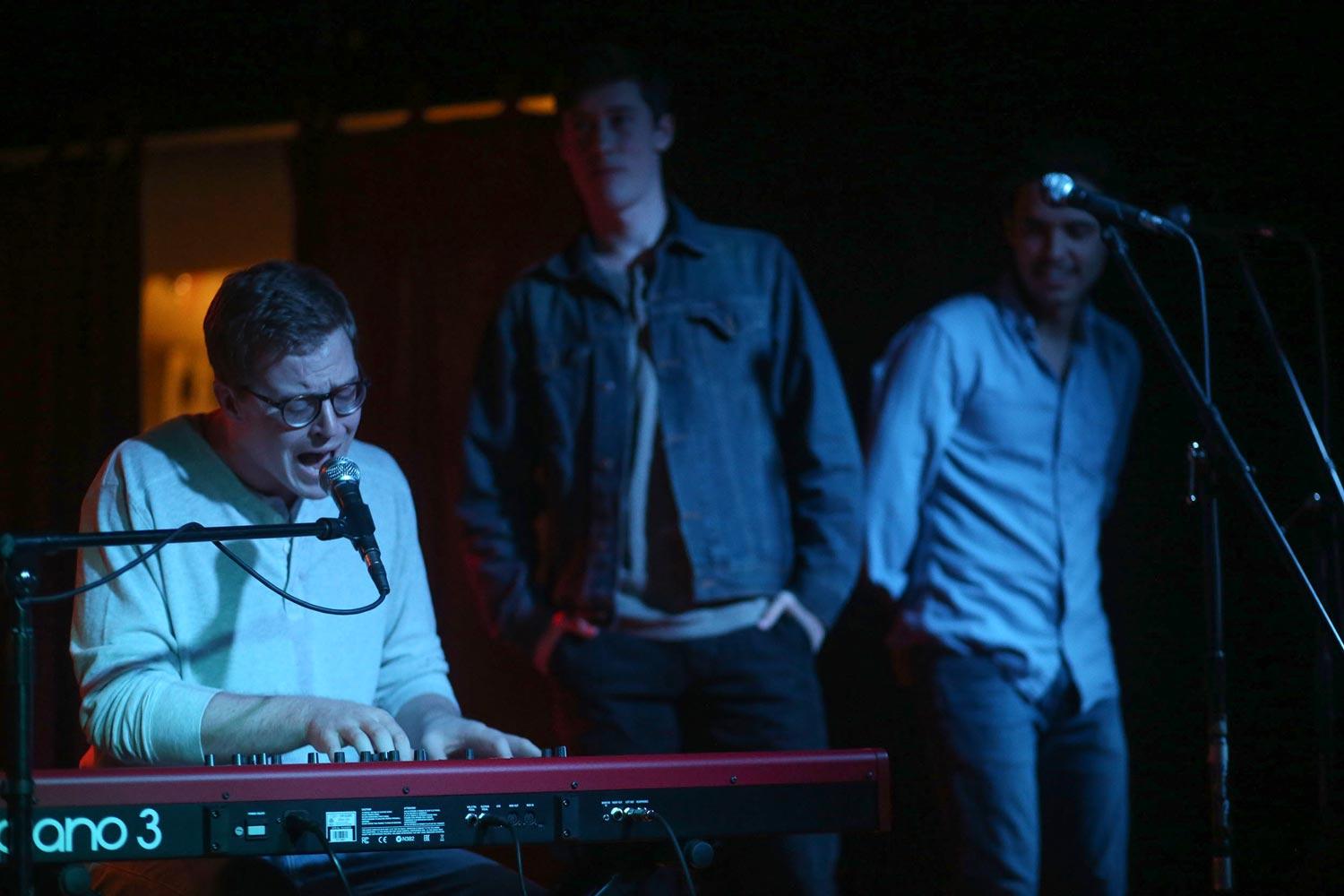 Nathan Colberg sold out The Southern Café and Music Hall in Charlottesville Friday, where his album release show drew more than 300 adoring fans.

The 2017 University of Virginia alumnus debuted his first full-length album, “Silo,” in the subterranean show space. The lights dimmed and the crowd surged to the stage’s edge as the Frank Batten School of Leadership and Public Policy graduate took a seat behind his keyboard about 9 p.m.

Colberg’s journey to that stage began last April, when the former Hullabahoo launched a $19,000 Kickstarter campaign to fund his full-length album. 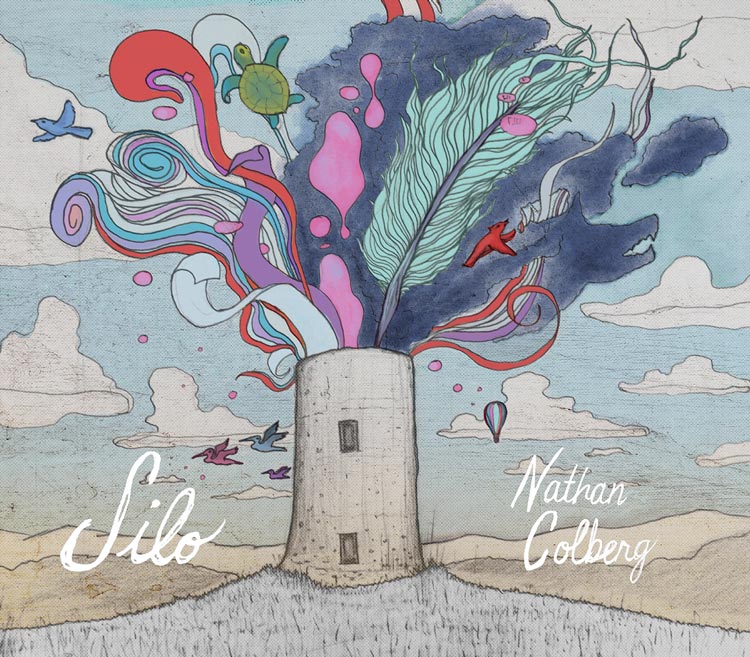 Accustomed to writing and performing songs with the backing of a piano or guitar, Colberg’s aspiration for “Silo” called for many more instruments. Brass, violin, banjo and slide guitar all made it onto the 11-track album.

Colberg’s music is shimmering and soaring, his voice comfortably straddling his baritone and tenor ranges. On Friday, he was backed by a drummer and electric guitarist. As on the album, two UVA friends harmonized with him on stage: former Virginia Gentleman member Micah Iverson and Avi Montanez, a current Hullabahoo.

The music and its subject matter are oxymoronic. Beneath the beauty of the music listeners will find lyrics wrestling with themes of brokenness, doubt and anxiety – all feelings that are a regular feature of Colberg’s own life.

“I can live in denial of my problems, or I can vocalize them,” he continued. “Why not have music be a place where I can take off the mask and just be me?”

Colberg spoke with UVA Today about four of the tracks from “Silo” that resonate with him.

Here is his take on those:

“‘Calm’ was a special one to me,” he said. “My philosophy on music is I write a lot about weakness and brokenness, and that’s where I put my chips. For me, it’s a song about my anxiety. It’s a reminder to myself, saying, ‘You are fine.’ I enjoy playing the song because I’m speaking to myself.

“It’s strategically placed as the first track on the album. Whenever I perform, I play it first. I played it first at 1515 (UVA Today’s mini-Nathan Colberg concert, hosted on Facebook Live in June 2017). I’m not alone in this. Lots of people have high anxiety. It’s a reminder that things are going to be fine.”

But I don’t even know it

I don’t even know it

So calm me down to you”

“It’s a scary thing to be vulnerable, but it’s also a really beautiful thing when your vulnerability is received with love and that’s really powerful,” Colberg said.

“‘Chasing Moments’ is basically a song about reaching a goal that you’ve set and having it not fulfilled in the way that you thought it would,” Colberg said. “I set these goals. I’m hitting them and I feel like I am always looking for the next thing.

To watch them disappear”

“Getting into UVA – big one,” he said. “Getting into Hullabahoos, that was a big one. I’d say getting into Batten School, I’d say singing for President Obama was cool [Colberg and the Hullabahoos were entertainment for a Christmas event at the White House in 2013].

“The song doesn’t insert the cure; it just talks about the problem. If I knew the answer, the song wouldn’t exist. I don’t think anything this side of heaven is going to bring us nirvana. This is a symptom of a broken world we live in.” 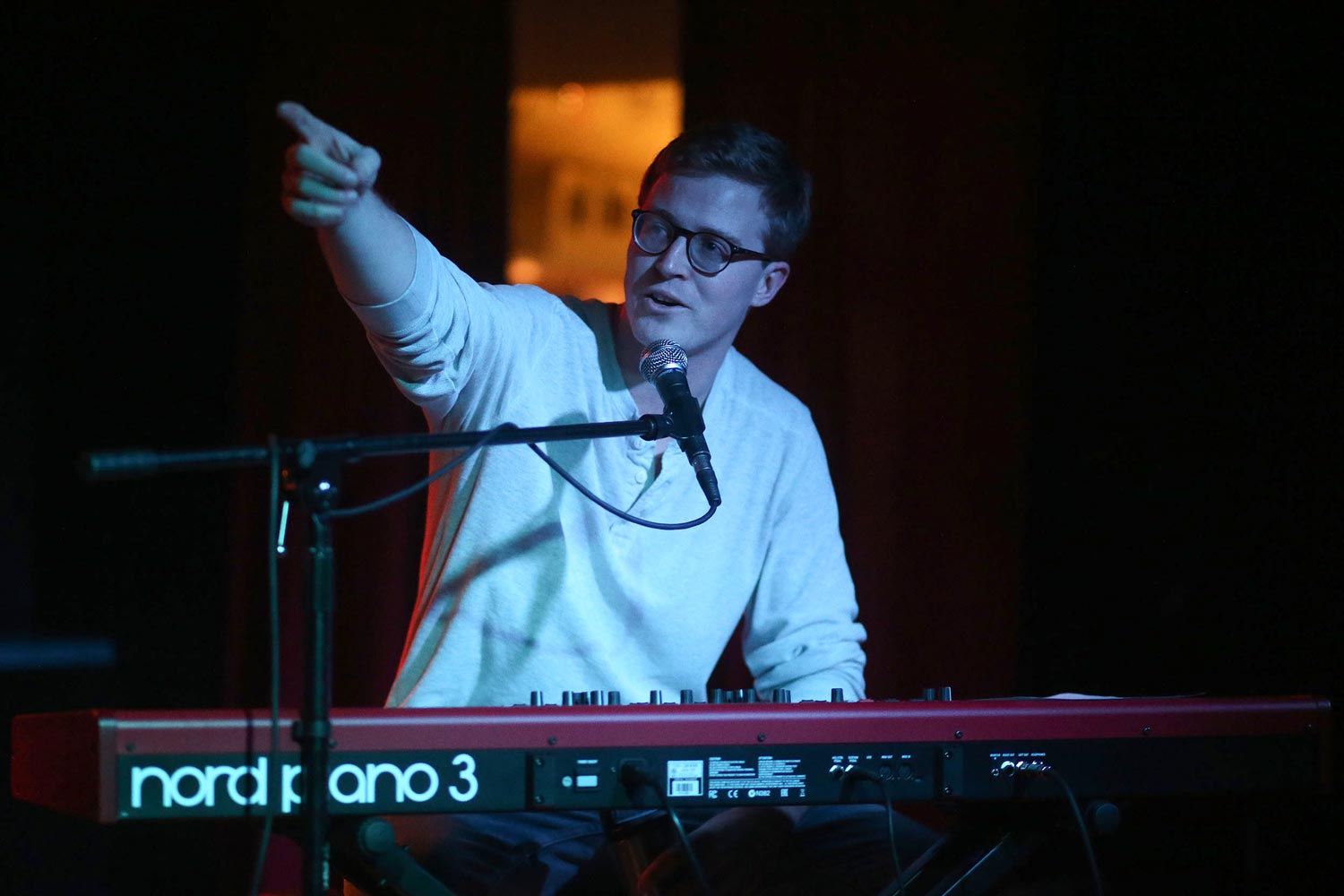 “What I had in mind for ‘Ivory Towers’ is that if you live in luxury, it doesn’t fulfill,” he said.

“‘Ivory Towers’ is an ideal. It’s saying that if I want to spend my whole life climbing and building this ivory tower and that’s where I want to end up, the song is saying, ‘No, real life is on the ground. It’s not up in the ivory tower.’

“I don’t want to leave this tower

I’m so at peace

Height of heights: you have robbed me of life’s simple gifts

So lower me down”

“So the song is saying, ‘Lower me down. Allow me to experience the realness of life on a ground level, as opposed to hiding away in luxury.’ I don’t think that the ivory tower is evil; I just think it’s more of a case of, personally, I don’t want to be someone in life who distances himself from the realities of life because of luxury.

“There are a lot of the other structural problems in society – which, thanks to my Batten degree, I know there are many, many problems where there can be a lot of good, structural, societal change.”

“‘Sound of Wonder’ is also special,” Colberg said. “It’s oscillating between extremes. On one side, you’ve got doubt. It’s me trying to connect two extremes that I feel like I often waiver between. One is I am worthless and everyone is worthless. But then the other is that I am created in the image of God and that I have value that I cannot even fathom myself.”

Pale to light-work in our core

Rolling thunder is muffled under

The sound of wonder that’s in store.”

– from “Sound of Wonder”

“It seems like I can wake up one morning and be down and I can wake up other mornings and I can be up. It seems like I can fluctuate between those two things so easily. This is one of those rare songs where it talks about two sides of the coin. It doesn’t just talk about one certain component. So the song is about ‘what do I do with those two things that seem to be in conflict?’”