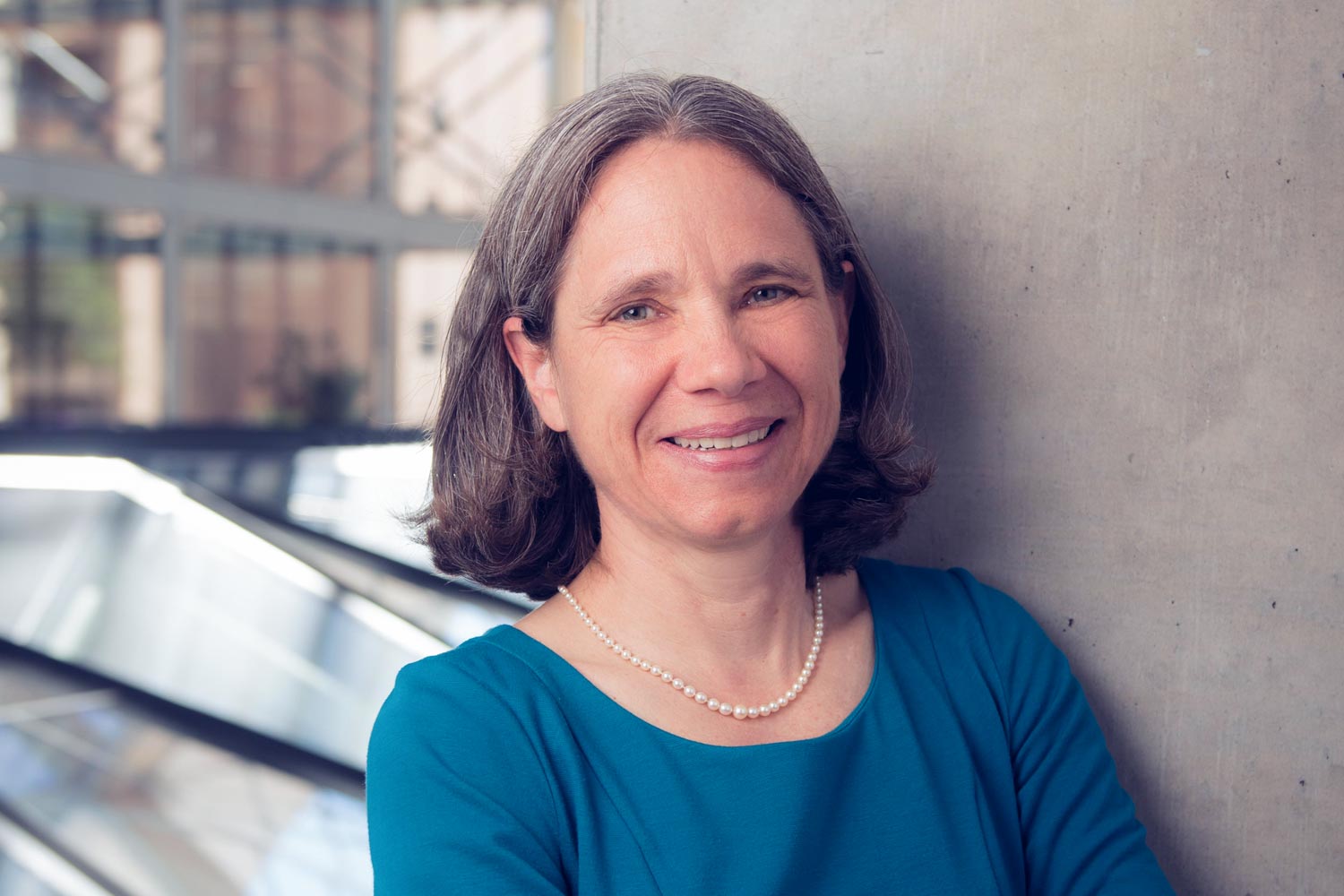 When University of Virginia alumna Sharon L. Wood was about 8 years old, her father, a civil engineer, took her to a construction site where he was working.

“I walked around with him and watched the building going up, and that was it – right then I decided I wanted to be an engineer,” Wood said in a 2013 interview. She became her family’s fourth generation of civil engineers and a leader in her field.

In 2014, she was appointed the ninth dean of the Cockrell School of Engineering at the University of Texas at Austin, the first woman to hold the position. Nationally, only 15 percent of engineering deans are women.

Now Wood adds another accolade to her list of accomplishments: The Maxine Platzer Lynn Women’s Center selection committee has chosen her to be UVA’s 2018 Distinguished Alumna.

“I am honored to be recognized by the University of Virginia with the Distinguished Alumna Award,” Wood said. “My four years at UVA were a time of tremendous personal growth, and I am so appreciative of all the people who helped prepare me for the future.”

Wood earned her undergraduate degree in civil engineering from UVA in 1982. She received a prestigious Tau Beta Pi fellowship to continue her graduate studies at the University of Illinois, Urbana‐Champaign, a top‐five-ranked engineering school. After receiving her Ph.D. at Illinois, the school immediately hired her as an assistant professor – “an unusual practice for Illinois, demonstrating her outstanding abilities and research,” Craig H. Benson, dean of the UVA School of Engineering and Applied Science, wrote in nominating her.

Abigail Palko, director of UVA’s Women’s Center, said, “During the committee’s deliberations, they were, of course, very impressed by all of the ‘firsts’ achieved by Dean Wood. … But they were most struck by the ways that Dean Wood remembered a formative aspect of her own academic training and committed her efforts to changing this for future generations: in her undergraduate and graduate years, she only had one female professor.

“She has demonstrated outstanding leadership in the work to diversify engineering, a crucial part of which is encouraging women to enter and remain in the field,” Palko said.

Benson noted “Wood’s commitment to creating knowledge in her field while remaining a strong mentor and role model to colleagues, students, practicing engineers and, perhaps most important, all who imagined leadership in engineering was beyond their grasp because of their background or gender.”

“It’s a slow process, but we are changing people’s expectations,” Wood said. “I think it’s a lot easier for students to see themselves having successful engineering careers when they see more women in these positions.”

A faculty member at the University of Texas since 1996, Wood served as the first female chair in the Cockrell School of Engineering’s Department of Civil Engineering, from 2008 to 2013. She also served as director of the Ferguson Structural Engineering Laboratory for a year during this time.

In 2013, she was elected to the National Academy of Engineering, which has only approximately 2,000 members worldwide in all fields of engineering, in recognition of her work on the “design of reinforced concrete structures and associated seismic instrumentation for extreme loadings and environments.”

Her research includes improving the structural response of reinforced concrete buildings to withstand earthquakes, design and evaluation of bridges, and the development of passive sensors for infrastructure systems.

UVA’s Engineering School gave her its 2015 Distinguished Alumni Award, the same year she was also elected president of the American Concrete Institute.

Brian Smith, chair of UVA’s Department of Civil and Environmental Engineering, said, “Wood has taken bold steps to increase the excellence of [UT’s engineering school] and to increase diversity. Speaking personally, it is no coincidence that two of the last three faculty hired in our department are University of Texas Ph.D.s – the quality of the product of Wood’s school is exceptional.”

While a civil engineering undergraduate at UVA, Wood excelled with a near‐perfect grade-point average. She was a member of the women’s rowing club (now a varsity team), a member of the Charlottesville University and Community Orchestra (she played bassoon), and president of the Tuesday Evening Concert Series.

Thomas T. Baber, associate professor emeritus, was Wood’s undergraduate adviser and has watched her rise in her career. He wrote that in all of the years he has known her, he has found her to be full of personal integrity and highly adept in everything she has attempted.

UVA and the Women’s Center will honor Wood at a reception in May.

“Dean Wood has dedicated herself to opening doors to all who dream of becoming engineers,” said professor Pamela M. Norris, UVA Engineering’s executive associate dean for research and a co-principal investigator for UVA CHARGE, a National Science Foundation-funded effort to increase the number of women faculty in science, technology, engineering and mathematics. “And since UVA is among the top universities in the country for the percentage of women earning engineering degrees, we are exceptionally proud of her efforts that led to this important award.”

The Distinguished Alumna Award was established in 1991 to honor alumnae whose contributions at the highest level in their fields reflect the spirit of excellence and the ethic of service for which a University of Virginia education stands. Recipients of the Alumna Award join a select group of advocates, public servants, journalists, athletes, researchers and innovators who have received this honor over the past 25 years, including Katie Couric, journalist, news anchor and television host; Val Ackerman, founding president of the Women’s National Basketball Association; and Elaine Ruth Jones, an attorney whose leadership at the NAACP Legal Defense Fund secured the civil rights of women and death row inmates as well as people of color. Last year’s honoree, Darden alumna Carolyn Miles, serves as president and CEO of Save the Children, leading the organization’s health, education and safety services to 185 million children in 120 countries, including the U.S.

At UVA, There Is a Club for Everyone END_OF_DOCUMENT_TOKEN_TO_BE_REPLACED