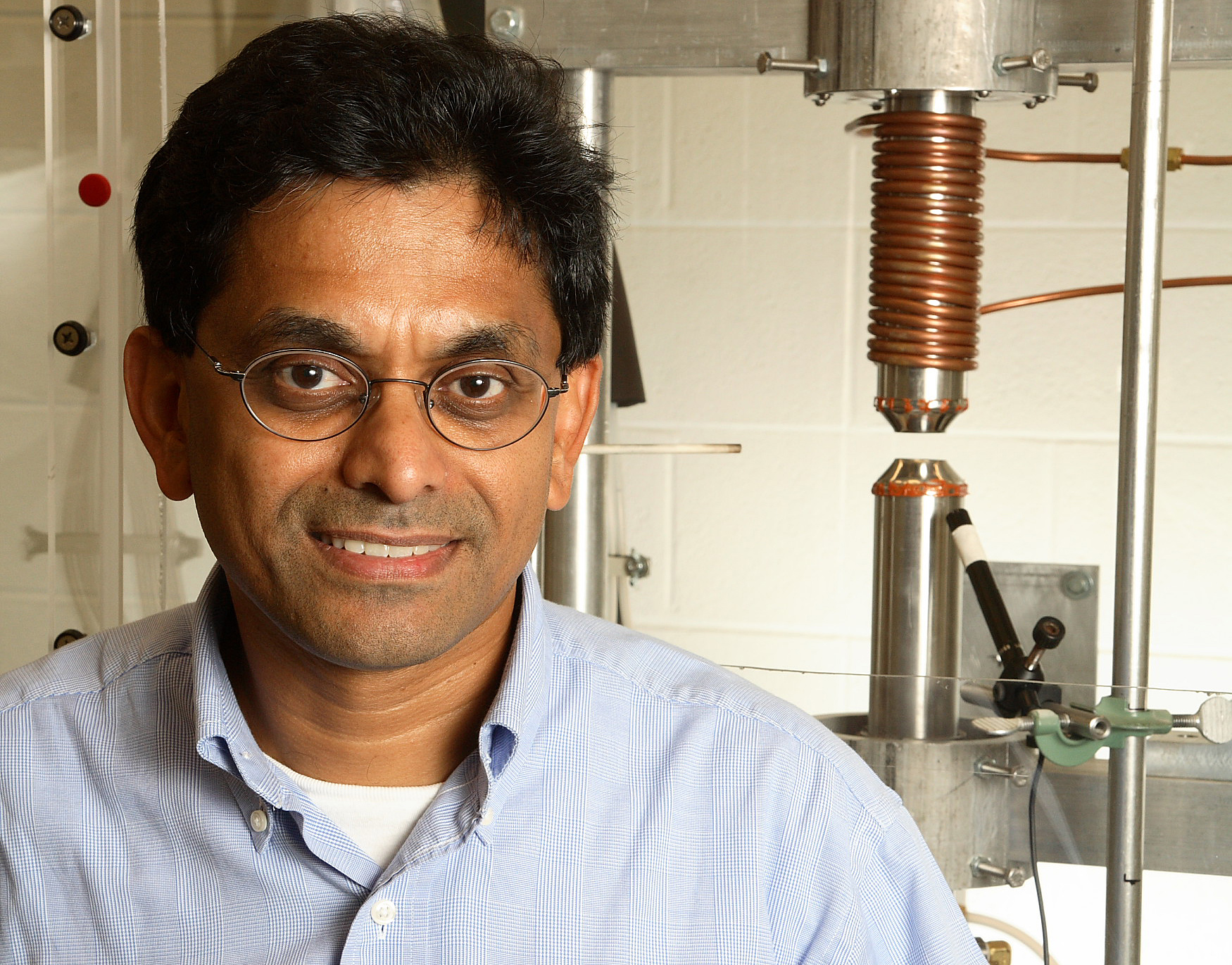 A team led by Harsha K. Chelliah of the University of Virginia’s School of Engineering and Applied Science received a three-year, $2.2 million grant from the U.S. Air Force’s Office of Scientific Research to research new ways to cool hot surfaces in hypersonic scramjet engines while also enhancing their operability range.

If successful, this research could revolutionize how the Air Force meets cooling needs of hypersonic vehicles of the future. “The main issue we are trying to address is facilitation of longer-duration missions, typically about 200 to 300 flights of several minutes to an hour, without having to clean up the cooling system due to coking,” said Chelliah, a professor of mechanical and aerospace engineering. “That is the ultimate goal.” Coke is the residue left by burning carbon-based fuel.

Researchers have been exploring various designs of hypersonic vehicles for decades. Conceptually it is an aircraft or missile with the capability of flying at a consistent speed of six times the speed of sound, or faster.

Such high speeds of long-duration flights are virtually unattainable with current cooling technologies. At speeds that high, fuel and air burning within the combustor of a jet engine generate extremely high and dangerous levels of heat, requiring a continuous cooling system. The goal of the Air Force’s Basic Research Initiative is to come up with a solution to this problem.

Several large obstacles must be overcome. Traditional methods in other engines involve running a liquid coolant through the engine and allowing heat to be transferred into the liquid, which is then expelled – a method that is unrealistic in hypersonic vehicles because the amount of coolant needed would weigh too much. The idea behind the grant is to turn the fuel of the hypersonic vehicle into its own coolant, thus simultaneously eliminating the problems of heat and excess weight.

Chelliah and his team have proposed a technique of cooling that combines liquid hydrocarbon fuel molecules with selected catalysts that promote the cracking of carbon-carbon bonds and thereby absorb energy from hot combustion chamber walls. When these bonds are cracked, the fuel molecules are able to absorb much larger amounts of heat. The cracked fuel would double the cooling capacity compared to the fuel under non-cracked conditions. In addition, the cracked fuel mixture would improve the combustion properties in the high-speed reacting flow conditions encountered in scramjet engines.

One of the largest obstacles facing Chelliah and his team is that of “coking.” When the bonds in the fuel molecules are broken, they form carbonaceous particles that can clog the cooling line of the engine, leading to catastrophic engine failure. The team must find a way to catalytically break down the carbon-carbon bonds in the fuel without clogging the fuel line.

What Is the ‘4th Side’? END_OF_DOCUMENT_TOKEN_TO_BE_REPLACED