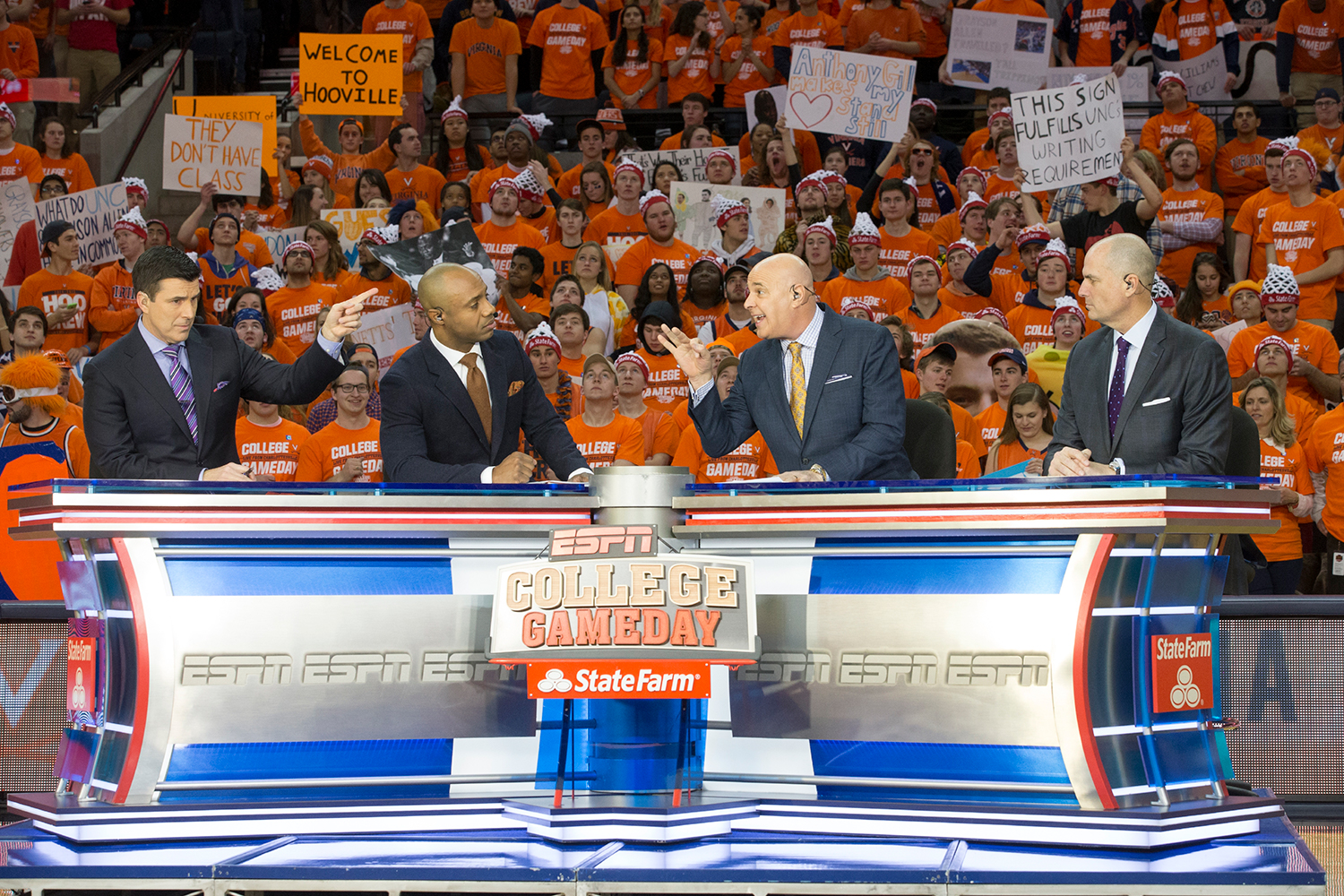 GameDay’s last visit to UVA came just before a win over the University of North Carolina in 2016. (Photo by Dan Addison, University Communications)

College GameDay, the network’s signature college basketball pregame show, will air on ESPN from 11 a.m. to noon. An evening edition will lead into the 6:15 p.m. tip-off of UVA’s ACC showdown with Virginia Tech.

Admission and parking will be free for all fans attending the national pregame show Saturday morning. Gates will open at 9:30 a.m. and all seating at John Paul Jones Arena is general admission.

The first 2,000 UVA students to enter JPJ will receive an official ESPN College GameDay T-shirt. All fans will have the opportunity to receive complimentary tickets to the men’s lacrosse home opener vs. Loyola at 1 p.m. on Saturday and one lucky fan in attendance will win a pair of lower level tickets to the Virginia-Virginia Tech game. Additional promotions and giveaways will be announced later this week.

This will be the third appearance for ESPN’s college basketball preview show at JPJ. The show made appearances at JPJ in 2015 (vs. Duke) and 2016 (vs. North Carolina).

College GameDay is hosted by Rece Davis, who is joined by analysts Jay Bilas, Seth Greenberg and Jay Williams. Dan Shulman, Bilas and reporter Maria Taylor will have the call of the Virginia-Virginia Tech game.

When Less Is More: How Harnessing the Power of Subtraction Can Add to Life END_OF_DOCUMENT_TOKEN_TO_BE_REPLACED