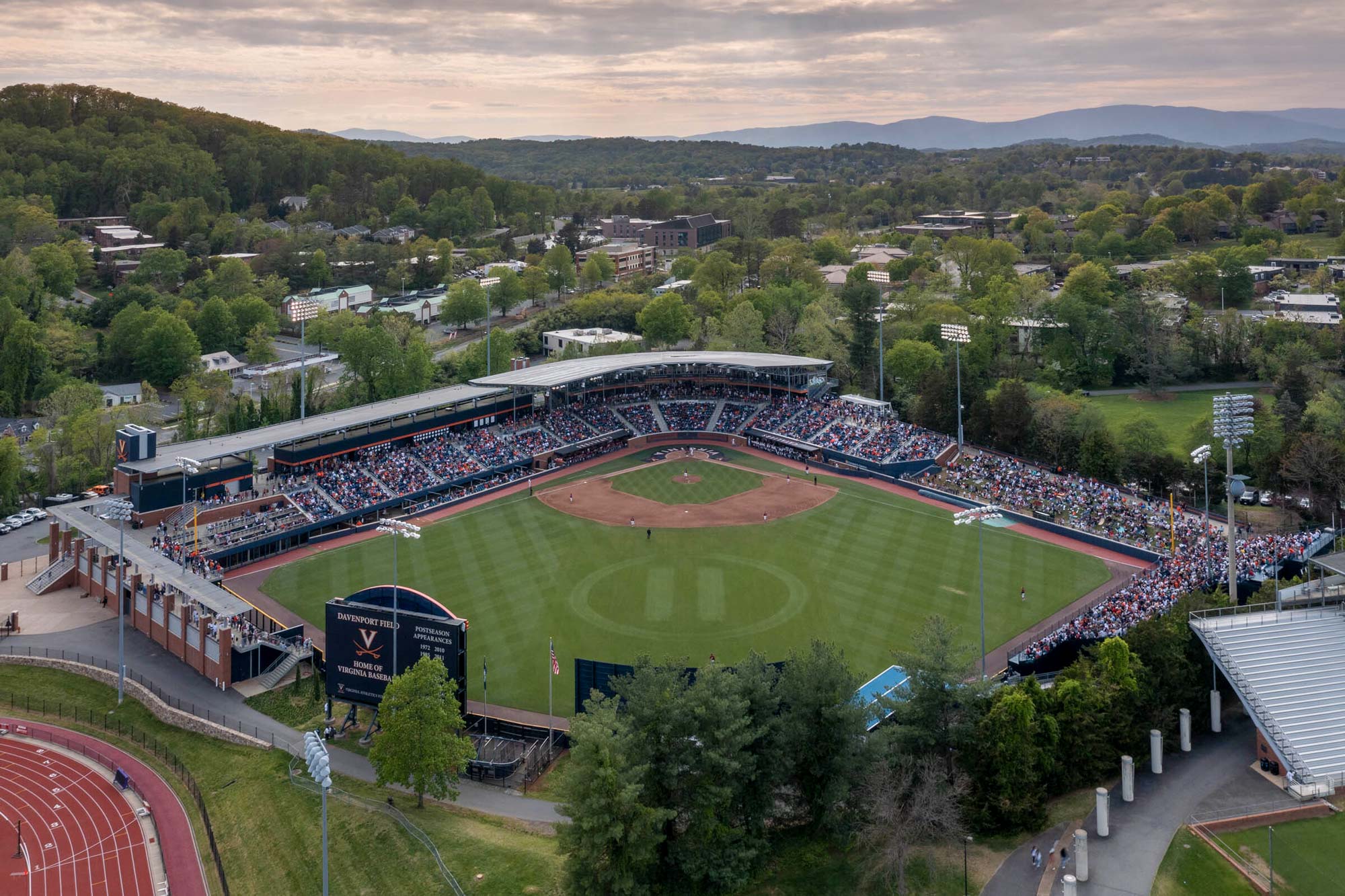 “Enjoy the heck out of your time in college, man,” Zimmerman told the UVA and Virginia Tech players watching from their dugouts at Disharoon Park, “because it’s the greatest time of your life.”

In front of a record crowd of 5,919, Zimmerman – who went on to stardom as a professional for the Washington Nationals – was honored during “Ryan Zimmerman Day” prior to UVA’s 6-3 victory over Virginia Tech.

“Charlottesville is a special place to me,” said Zimmerman amid loud ovations from the crowd, many of whom lined up hours before the gates opened in bid to receive one of 500 Zimmerman bobblehead statues being handed out. “I keep trying to come back as much as I can, stay involved in the community.” 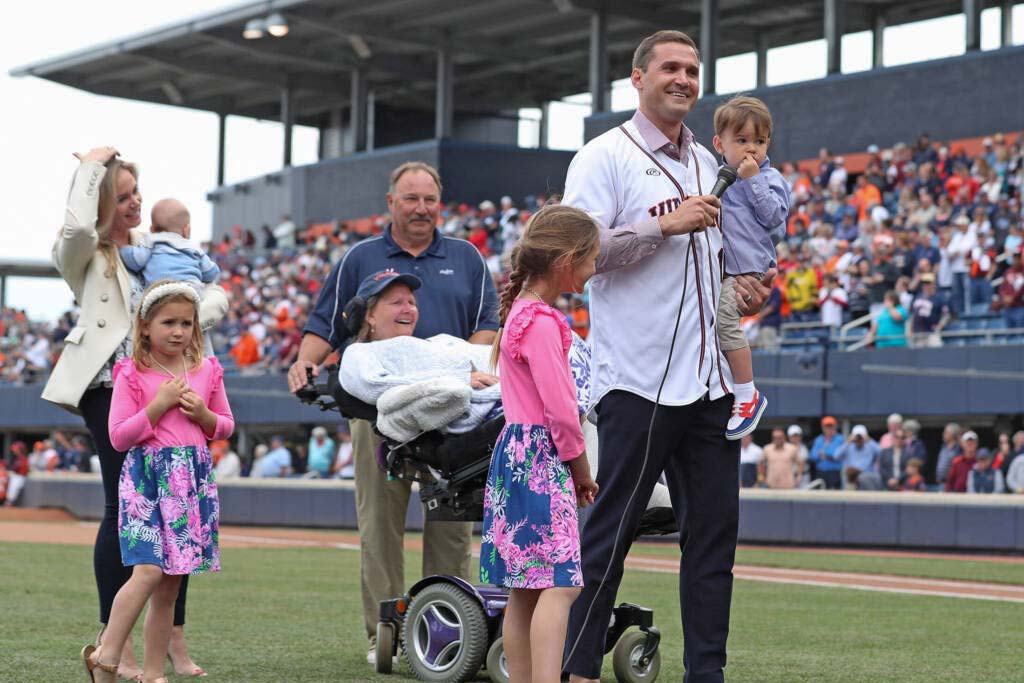 In 2016, he donated $1 million to the Virginia Athletics Foundation in support of the UVA baseball program. He had previously donated $250,000 toward the renovation of the team’s clubhouse, and the team’s indoor hitting facility bears his name.

And through his ziMS Foundation, Zimmerman has raised awareness and money for multiple sclerosis – which his mother suffers from – some of it benefitting research at UVA Health.

On Saturday, Zimmerman thanked his mother and father as UVA retired his No. 11, with the numerals mowed into the outfield grass as a further tribute.

“It’s just so rare to see a player of that magnitude do what they did at the highest level of baseball, and then to be so engaged back at the school that they went to,” O’Connor told reporters. “It is really impressive, and it just speaks to who he is as a man.”

Zimmerman said he wouldn’t trade his UVA experience for anything.

“The three years that I was here, I grew as a college baseball player, but I also grew as a person,” he told the crowd. “I wouldn’t be here if I didn’t go here.”

April 30, 2022 - Ryan Zimmerman Day in the Commonwealth of Virginia#GoHoos pic.twitter.com/LCGZpkEZtL

I am thrilled to proclaim today as Ryan Zimmerman day.

Do You Know the History of Your Favorite Corner Spots? END_OF_DOCUMENT_TOKEN_TO_BE_REPLACED

Netflix to Add Ads. Why This Could Be a ‘Game-Changer’ for Your Viewing Experience END_OF_DOCUMENT_TOKEN_TO_BE_REPLACED

What’s Next for UVA’s Class of 2022? END_OF_DOCUMENT_TOKEN_TO_BE_REPLACED