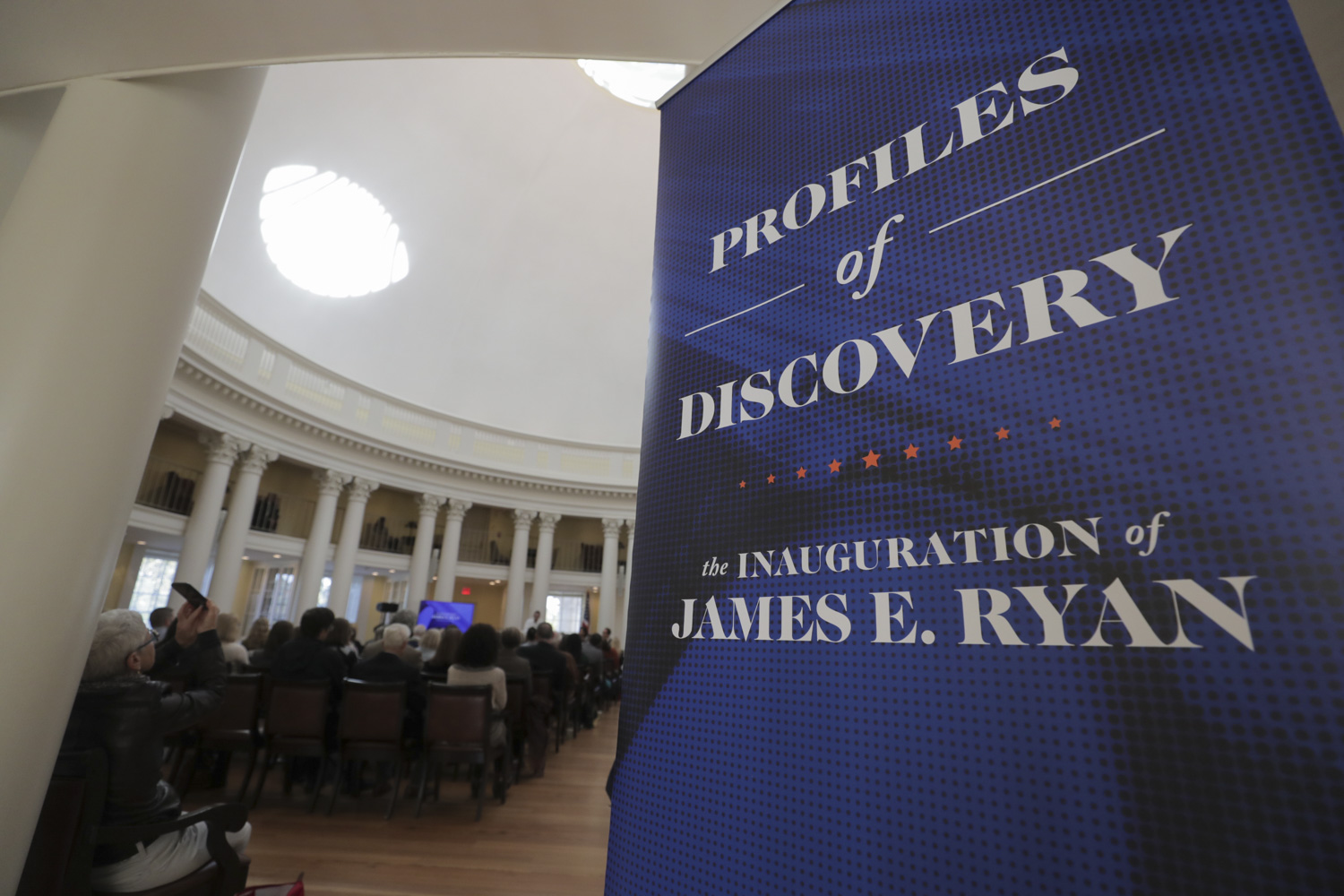 A sampling of top University of Virginia researchers showcased their work and discussed the merging of teaching with research, and citizenship and democracy, during a “Profiles in Discovery” event held in the Rotunda’s Dome Room, part of Friday’s inaugural celebrations for President Jim Ryan.

The event focused on the breadth of research at the University in three themed, 45-minute sessions: research excellence in the physical and life sciences, including medicine; research and teaching excellence in the liberal arts and humanities; and democracy and citizenship in law, public policy and the social sciences.

UVA Executive Vice President and Provost Tom Katsouleas kicked off the event by noting that Ryan, on his first day on the job, invited the full UVA community to help guide the University’s future by sharing ideas and suggestions on the “Ours to Shape” website in the areas of discovery, community and service. 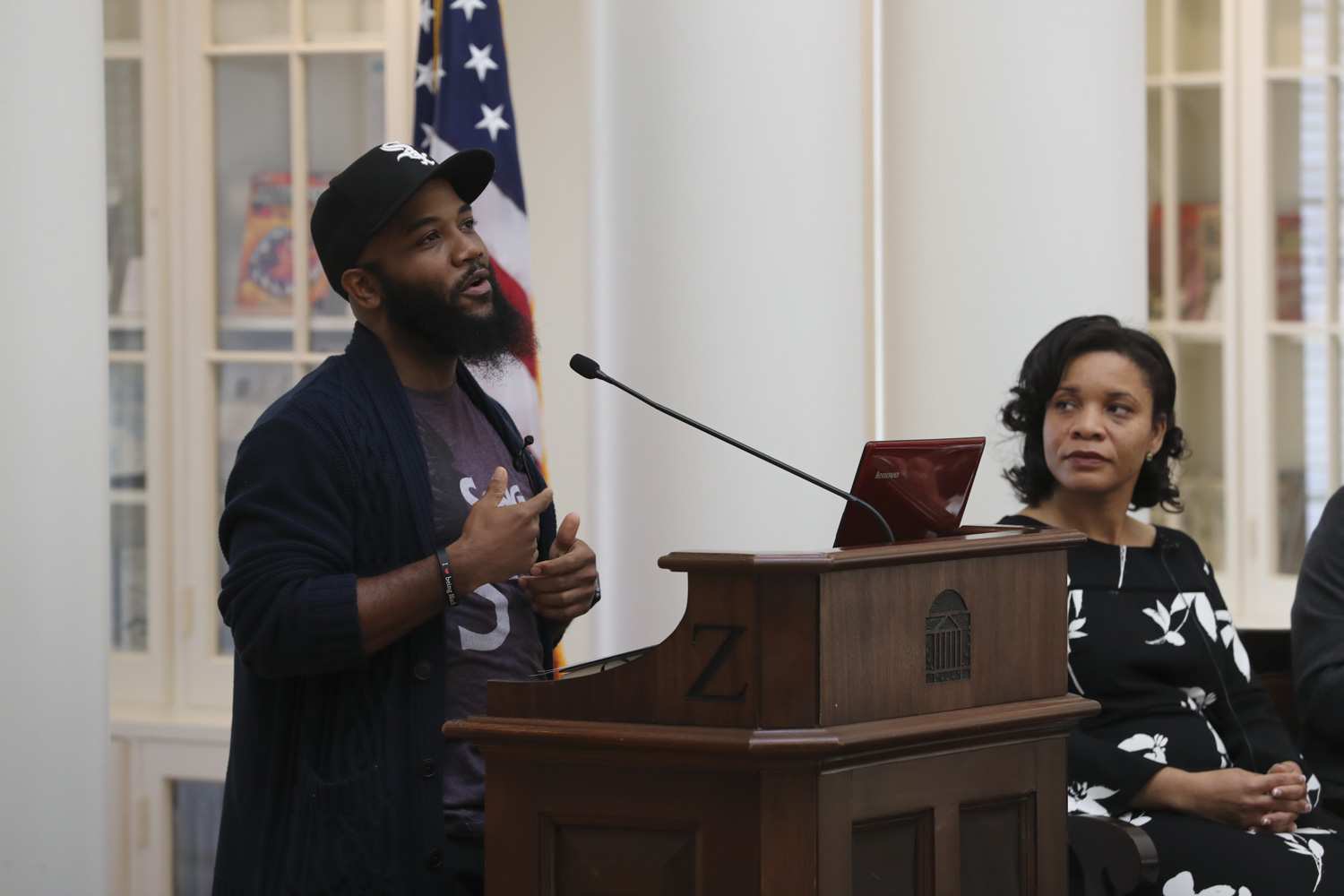 “Here in the Rotunda, the original centerpiece of the University, we will start by exploring the first of those themes: discovery,” Katsouleas said. “The thrill of discovery is as old as humanity. … We’re fortunate to have with us today some extraordinary faculty who are making original discoveries and sharing that excitement and insight with their students – and now with us.”

Fifteen faculty members, representing departments and schools from across Grounds, went on to provide presentations and discussions. Moderated panel discussions were held during the sessions on teaching and research excellence, and on democracy and citizenship. 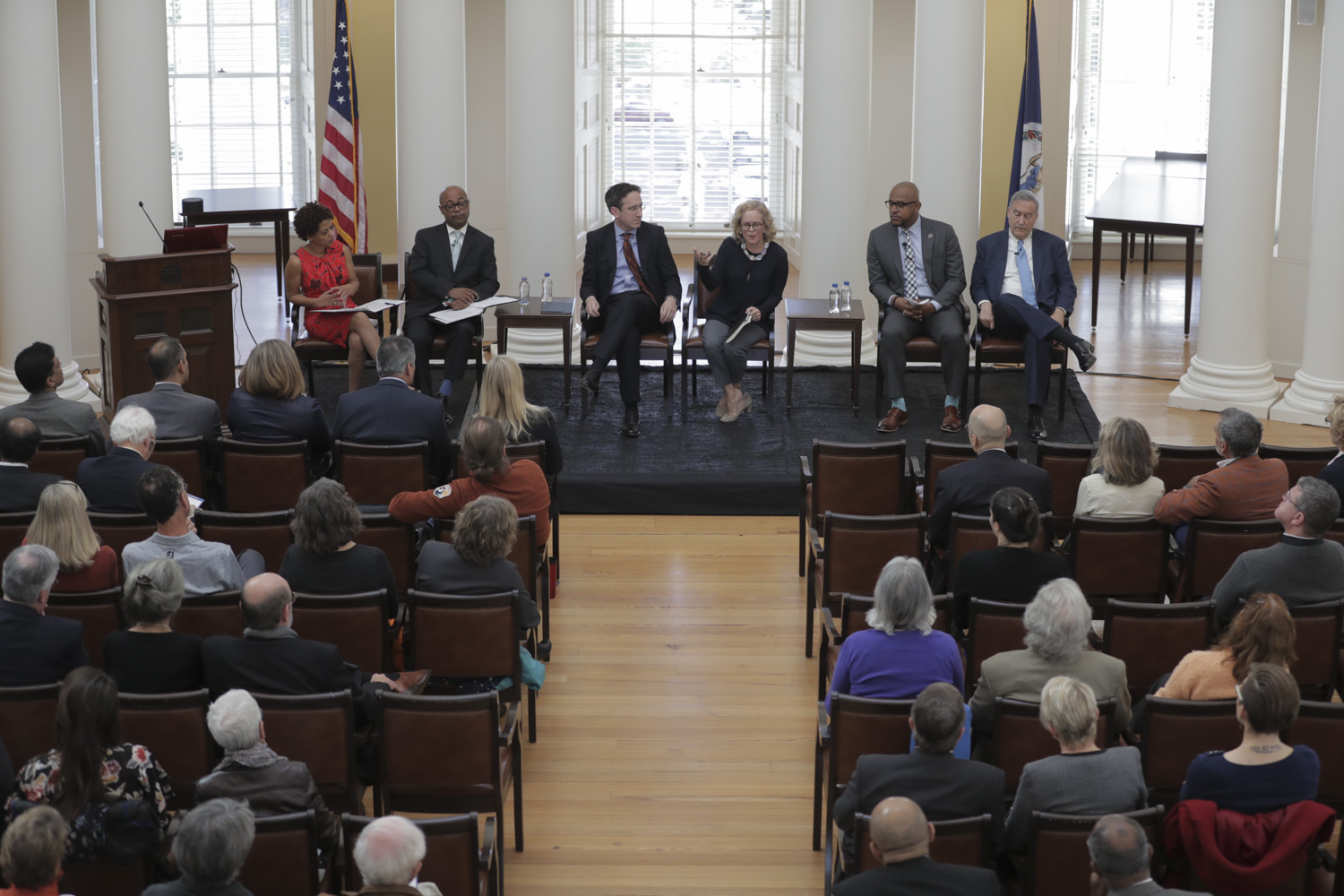 “Science is woven into our society and our future at a fundamental level,” astronomy professor Kelsey Johnson said before the event. “It is imperative that we communicate the principles of science and discoveries taking place to people from all walks of life. When people do not understand how science works, they are disenfranchised from the future. Being able to make decisions based on principles of science is fundamental to our democracy.”

The Excellence in Research and Teaching panel explored the intersection of education and scholarship, particularly as applied to faculty members teaching their research and scholarship in the classroom. Topics ranged from hip-hop to compassionate care in nursing to environmental ethics. The session was moderated by Talitha LeFlouria, the Lisa Smith Discovery Associate Professor in African and African-American Studies.

The Democracy and Citizenship panel examined pan-University scholarship with a focus on sustaining and renewing the nation’s democracy. That session, which involved faculty who work in education, politics, law, public service and religious studies, was moderated by Melody Barnes, co-director of policy and public affairs with the Democracy Initiative and a professor of practice at the Miller Center and a Distinguished Fellow in the School of Law.

The event kicked off with the screening of several short videos featuring research around Grounds, submitted by faculty, students and professional videographers in UVA’s Office of University Communications.

“UVA is proceeding into its third century and is well-poised to make significant contributions to society through its excellence in research by providing deep insights into important problems, and by inspiring the next generation of students to pursue discovery as a joyful and satisfying pursuit in their lives,” noted Vice President for Research Melur K. “Ram” Ramasubramanian, prior to the event. “The Profiles of Discovery sessions exemplify our research prowess, deep critical thinking and leadership on a wide array of topics.”

“The topics were kept broad enough to include representation from as many faculty groups and schools and units as possible, while representing the diversity of our cutting-edge research community,” said Cheryl Wagner, chief of staff in the Office of the Vice President for Research, who helped organize the event. “The inauguration committee selected a sample of topics that would appeal to a general audience, knowing that several excellent, large-scale research efforts on Grounds could not be represented given the breadth of excellence at UVA, and time limitations for the sessions.”

For All of Us END_OF_DOCUMENT_TOKEN_TO_BE_REPLACED