Is This the First Selfie Ever Taken on Grounds? 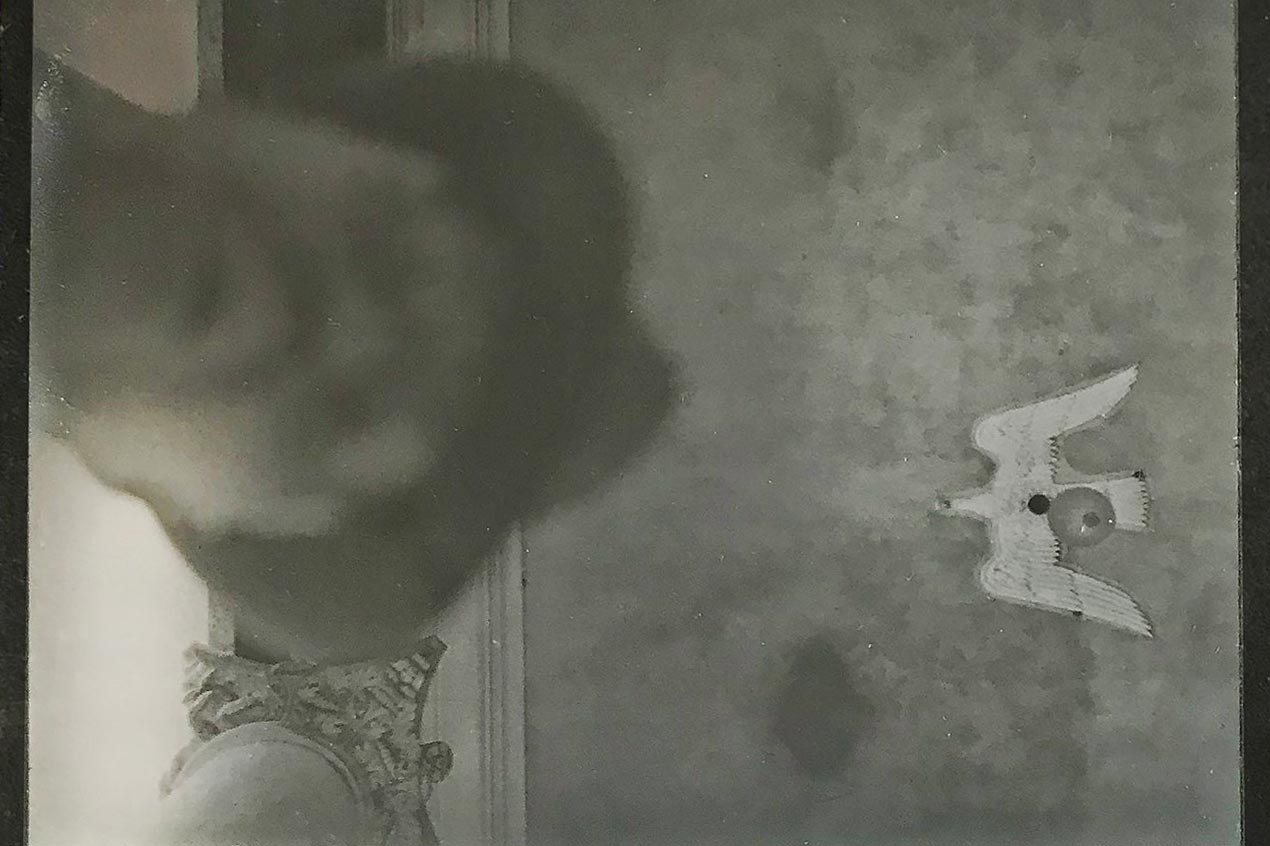 Six years ago, “selfie” was the Oxford Dictionary’s word of the year. A noun meaning “A photograph that one has taken of oneself,” it’s since gone from internet slang to part of the popular lexicon.

At the University of Virginia, it’s common to spot someone taking a selfie on Grounds, often with the iconic Rotunda in the background. While this seems like a relatively recent, smartphone-era practice, evidence suggests that Rotunda selfies have been around for at least the better part of a century.

Recently, Julia Gearhart, acting director of the Visual Resources Collection at Princeton University, came across what may be one of the earliest examples, a circa 1930s image with a blurry figure and the roof of the Rotunda portico.

Hey @UVaLibrary did I find the first Rotunda (blurry) selfie? I'm not sure of the date but maybe the 1930s. #glasslanternslides #arthistory #archives pic.twitter.com/WrClGpBm8g

“I came across a drawer labeled ‘Jefferson’ and a collection of slides with the name ‘Theodore Fred Kuper’ on them, all with Jefferson-related images,” Gearhart said.

While the collection resides at Princeton, Kuper had a strong connection to UVA; he was a Thomas Jefferson scholar and the national director of the Thomas Jefferson Memorial Foundation from 1923 to 1935.

While Gearhart could not confirm that it was Kuper who appears in the picture, it’s clear that the iconic columns of the Rotunda are in view.

A quick, non-comprehensive search in Virgo, the UVA Library’s online repository, shows many earlier Rotunda images: an 1824 drawing completed before the building was even done, an engraving from 1827, and many more.

Humans don’t show up in the images until this engraved print of a  drawing of a man and his dog near the Rotunda, circa 1845. 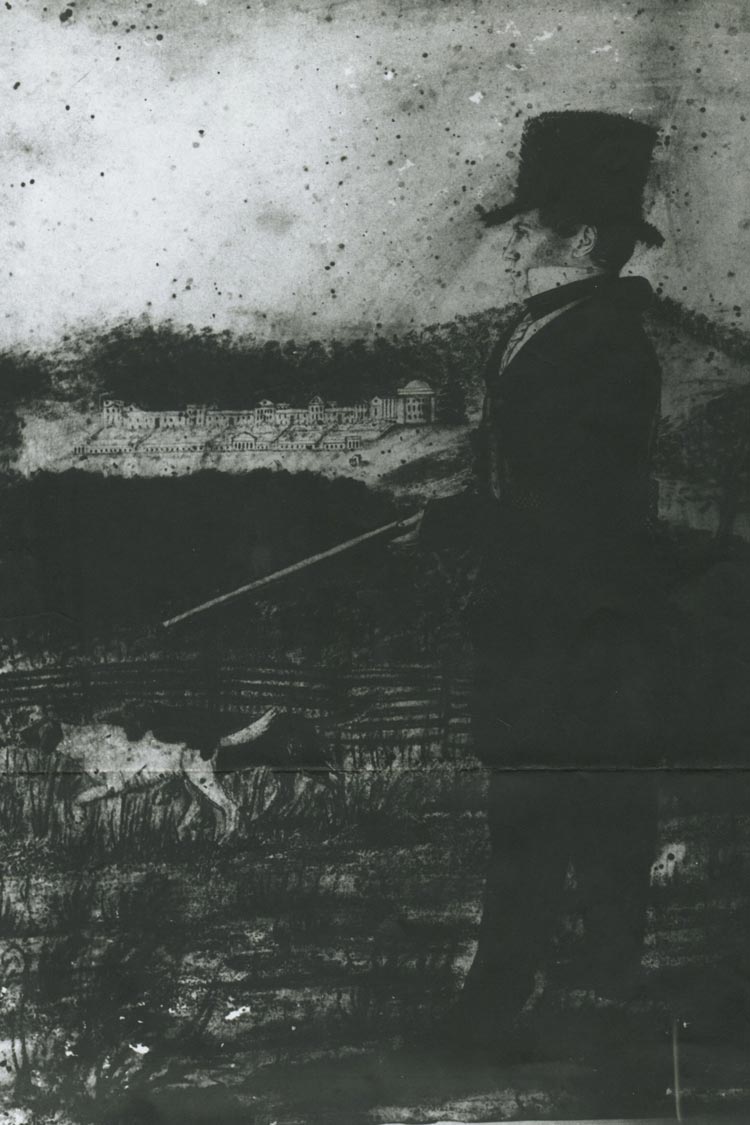 But there seems to be no earlier example of a self-portrait.

Still, selfies are not a modern invention. According to English professor Lisa Russ Spaar, who taught the January-term course “Selfies Old and New: The Self-Portrait in Visual Art and Poetry,” the practice of self-portraiture “goes back to antiquity – tombs, coins, medals – and burgeons in the Renaissance with the availability of cheaper mirrors, which allowed painters to paint themselves.”

When it comes to self-portraiture in photography, this “doesn't really happen a lot until the turn of the 19th century, as photographic techniques improved and were less time-consuming and burdensome,” Spaar said.

While the earliest selfies were taken around the time of the image of the man and his dog, it remains just a portrait (though it’s still an early example of the still-very-much-alive tradition of taking a photo of your pet on Grounds).

So, is the photo Gearhart posted the earliest known selfie on Grounds? The best we can say is “maybe.”

Know of an earlier example? Send it to us at socialmedia@virginia.edu.

A Year We Will Never Forget: 2019-20 in Review END_OF_DOCUMENT_TOKEN_TO_BE_REPLACED

‘What Will You Carry With You?’ Remarks From UVA President Jim Ryan END_OF_DOCUMENT_TOKEN_TO_BE_REPLACED