Fixes on the Fly: U.Va. Expert Weighs in on 3-D Printed Airplanes and More 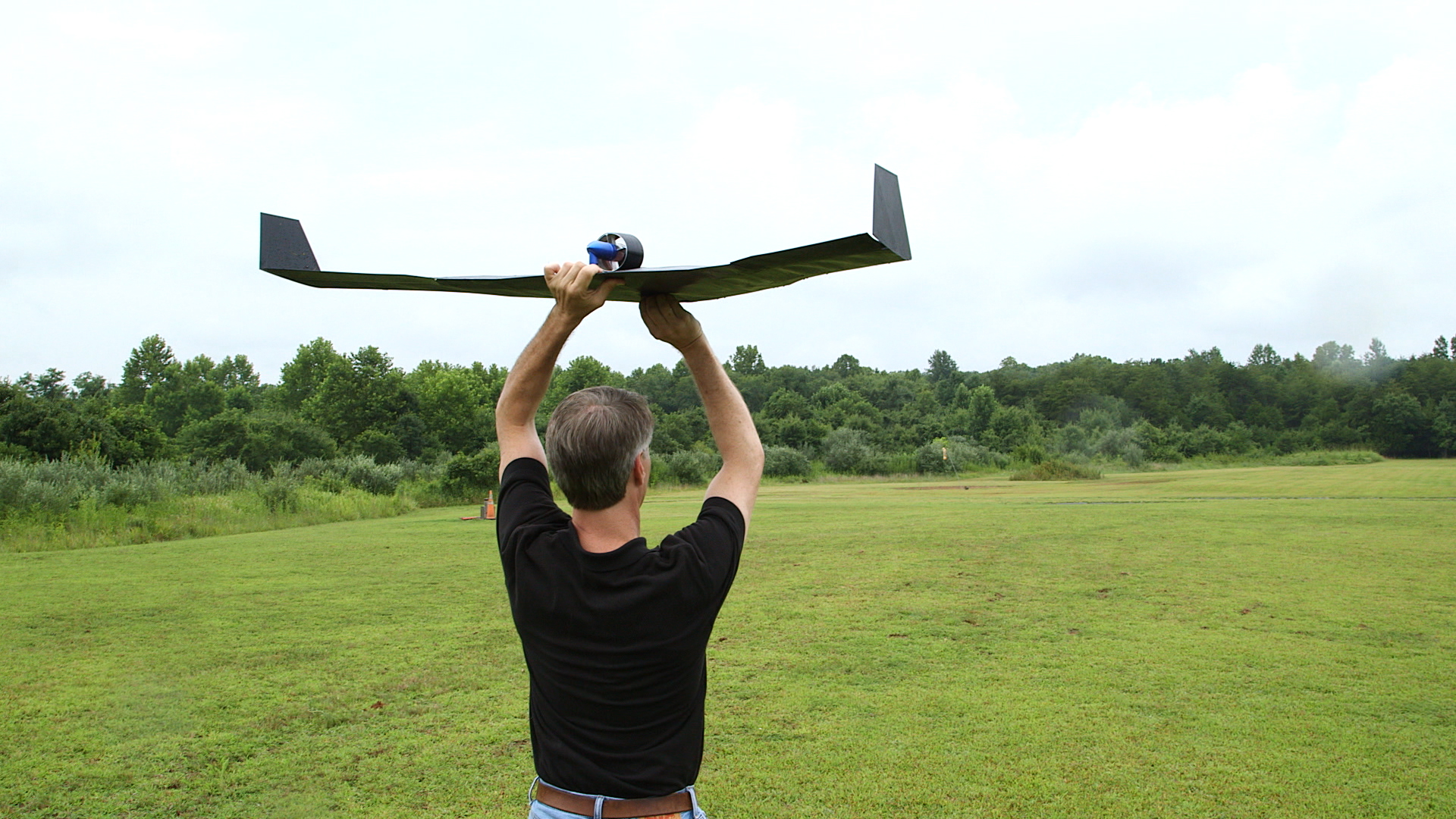 At the University of Virginia, engineers are printing airplanes.

Three-dimensional printing is the production, or “printing,” of actual objects, such as toys or parts for devices, by using a machine that traces out layers of melted plastic in specific shapes until it builds a piece to the exact specifications of a computer-aided drawing produced by a designer.

With the increased availability of user-friendly computer programs and 3-D printers, that designer can be anybody. Eventually, almost any object, or parts for objects, may become 3-D printable – even including body implants – in a range of materials, including metals.

U.Va. engineers and engineering students are using sophisticated 3-D printing technology to make an array of objects, including a plastic airplane for a Department of the Army project.

David Sheffler, a lecturer in the Department of Mechanical and Aerospace Engineering in U.Va.’s School of Engineering and Applied Science and 20-year veteran of the aerospace industry, teaches 3-D printing to engineering students. He recently took some time to discuss the future of 3-D printing in industry and society.

Q: Please explain the 3-D-printed, hand-launchable, fully autonomous, unmanned aerial vehicle named “The Razor,” on which you are working with the Mitre Corporation. It appears to be built with off-the-shelf hardware, using an Android smartphone as the central processor.

Sheffler: We were asked to help investigate the feasibility of producing a UAV with the same capabilities in speed, flight time and payload as other systems currently deployed by the military that could be 3-D-printed and utilize non-proprietary hardware for the control system. The goal of this research is to show where the state of the art is in creating a capable system with an open-source approach. What this project demonstrates is that we can meet current system demands at a fraction of the cost by leveraging commercial technology while retaining full control of the aircraft design, therefore eliminating the typical supply chain model and fixed architecture. We can do all of this with the ability to also modify it as needed to meet various mission needs. A new configuration of the aircraft can be produced by this method in about a day.

Q: Currently 3-D printing is used for rapid protyping of objects in small quantities. How would it be used in large-scale manufacturing?

Sheffler: Currently the technology is best suited to prototyping, production of geometries that otherwise could not be manufactured cost-effectively – production runs of limited quantity – or for items that would benefit from custom tailoring. Advancements are needed to reduce manufacturing times in order to compete with more traditional processes such as injection molding for production quantities in the thousands. Once these hurdles are overcome, this technology has the potential to revolutionize the way we manufacture products.

Q: What is the future of this technology? Will it become a routine way to manufacture?

Sheffler: Many have already started talking about the typical household having a 3-D printer in the next five to 10 years. Products would be purchased online in the form of a downloaded file that would be printed out in the home. It might be possible eventually to print your own shoes after scanning your feet, or maybe print your clothes. Some believe this technology stands about where personal computers were in the mid-1980s in terms of maturity. Most of the uses probably have not yet been conceived.

Q: Will the U.S. lead the way, or could this bring manufacturing to nearly anywhere?

Sheffler: Now that patents on the initial products in the industry are running out, many others are developing machines and advancing the technology. It’s anyone’s guess as to who might start to capture the market.

Q: What are the dangers of this, such as people printing weapons or drones?

Sheffler: As with any technology, there is the potential for good and harm to result. Weapons and drones used for killing and spying are dominating the media at this time. There are many more peaceful constructive uses for the technology, the potentials of which are only just being realized.

Q: What else is U.Va. engineering doing in 3-D printing?

Sheffler: U.Va. has created a rapid prototyping center with funding from Rolls-Royce that includes seven 3-D printers, among other capabilities. We are incorporating this technology into the curricula through courses like “Mechatronics” and “Jet Engine Manufacturing.” We offer use of the center to students and also as a fee-based cost center for anyone throughout the world to submit a model on a dedicated Web page and we print the product and ship it to them.

Meet the New Cavalier on Horseback: She’s Eager To ‘Carry On a Legacy’ END_OF_DOCUMENT_TOKEN_TO_BE_REPLACED

Housing Changes Are a Breath of Fresh, Cool Air – Especially for Lawnies END_OF_DOCUMENT_TOKEN_TO_BE_REPLACED

Virginia Football – For All Virginia END_OF_DOCUMENT_TOKEN_TO_BE_REPLACED