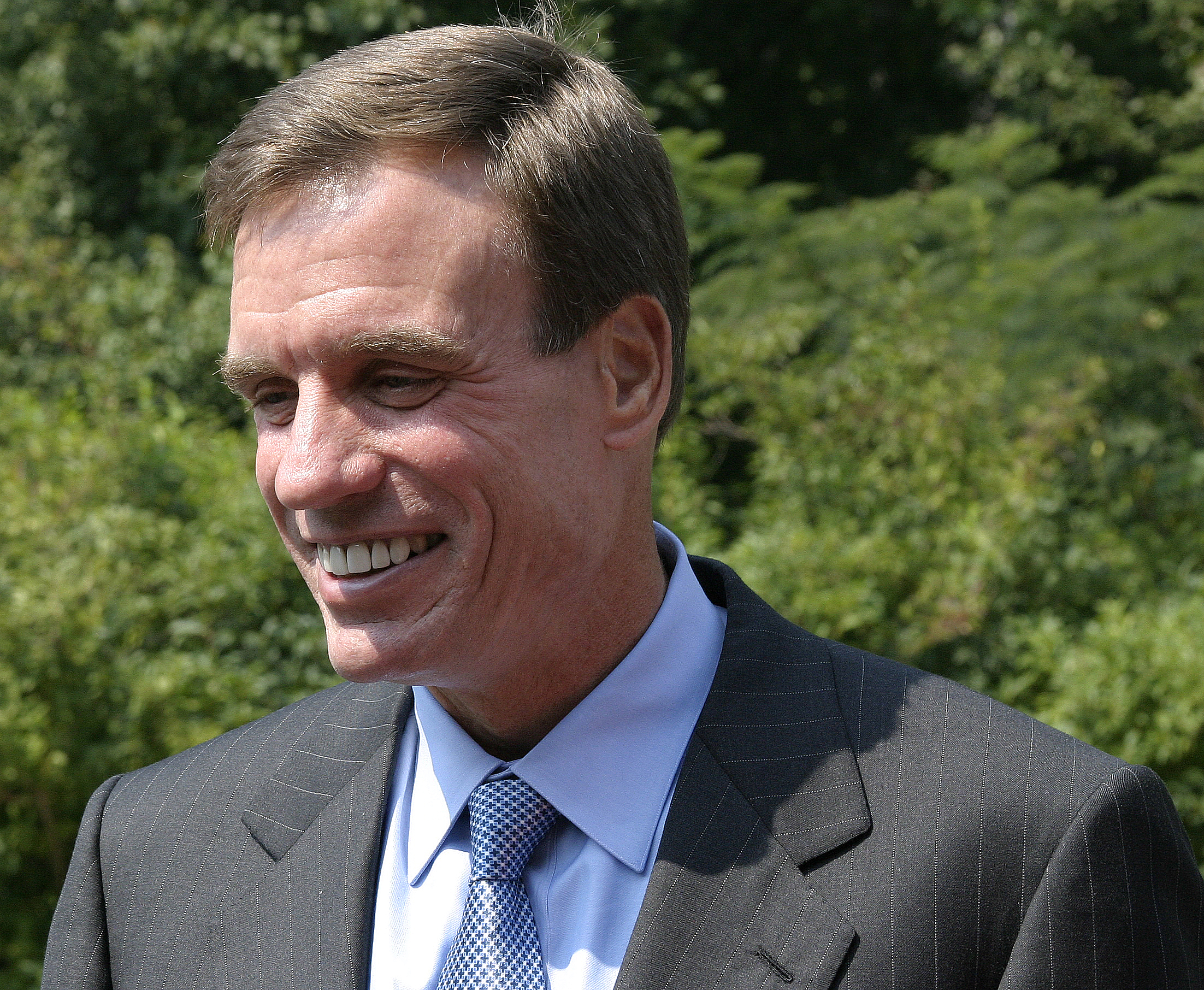 Sept. 7, 2007 — Former Virginia Gov. Mark Warner shared an inspirational story of business success Sept. 7 with students at the Darden School, but did not tip his hand about his future political aspirations.

Mark Warner visited Darden as a special guest of the Career Discovery Forums, which gave students an opportunity to explore their post-graduate employment directions. Warner joked that he has been “considering some career choices myself,” alluding to a possible bid for the Senate. He also raised the possibility of running again for governor, a job he held in Virginia from 2002 through 2005.

Warner, a Democrat, is considered a likely candidate for the seat held by Republican U.S. Sen. John Warner, who on Aug. 31 visited the University of Virginia to announce his retirement at the end of his term in 2008. The men are not related.

During his remarks at Darden, Mark Warner’s own story of humble beginnings to his ultimate success in wireless telephone technology – which served as a springboard into launching a venture capital firm – was reminiscent of a Horatio Alger rags-to-riches tale. The first member of his family to graduate from college, Warner went on to Harvard Law School, but noted wryly that he was the only member of the Class of 1980 who did not get a job offer as a result of summer clerking for a major law firm. For a time the businessman said he was practically living out of his car and sleeping on friends’ couches. But while working as a clerk on Capitol Hill, Warner used his knowledge of Federal Communication Commission policies to broker cellular telephone franchise licenses. He later co-founded Nextel and went on to found Columbia Capital, a venture capital firm.

Between college and amassing a fortune as an entrepreneur, there were many failures. Warner abandoned his law career almost as soon as it began. His first company went broke within six weeks, he said. His foray into real estate lasted six months.

Perseverance was his underlying theme.

“The most valuable lessons I’ve learned in life came from failure,” he said, advising students to take risks anyway. And despite the explosion of innovative new technologies that may lure entrepreneurs, Warner said, “give me a solid management team over a technological solution anytime.” Killer apps – hot, new technical applications – are next to worthless without a cadre of skilled businesspeople to guide the product or service, he said. “You can’t do it all yourself,” he added, saying “success in a company is never the result of actions by a single individual.”

As for entrepreneurial opportunities, Warner suggested there is tremendous potential for ventures in sustainable energy that would reduce U.S. reliance on fossil fuels while helping to change national energy policy and slowing the rate of global warming.

Showing that his own taste for politics has not abated since leaving public office, Warner said, “The current national energy policy can be summed up as borrowing money from China to buy oil from countries that don’t like us…we may be the only country in world history to fund both sides of a war.”

Warner also told students that opportunities with non-profit foundations are becoming both more lucrative and personally rewarding for executives.

“You are in business school at the most exciting time in human history,” he said. “You’re receiving world-class education. There is tremendous opportunity. But you have an obligation that goes beyond just yourself and your family. If we have an America 20 years from now where everyone doesn’t have a fair shot, we will not have met our obligation.”

Warner said he would announce plans for his own future as a potential public servant within a week.

Founded in 1955, the University of Virginia’s Darden School of Business is a professional school that works to improve society by developing leaders in the world of practical affairs.

When Less Is More: How Harnessing the Power of Subtraction Can Add to Life END_OF_DOCUMENT_TOKEN_TO_BE_REPLACED