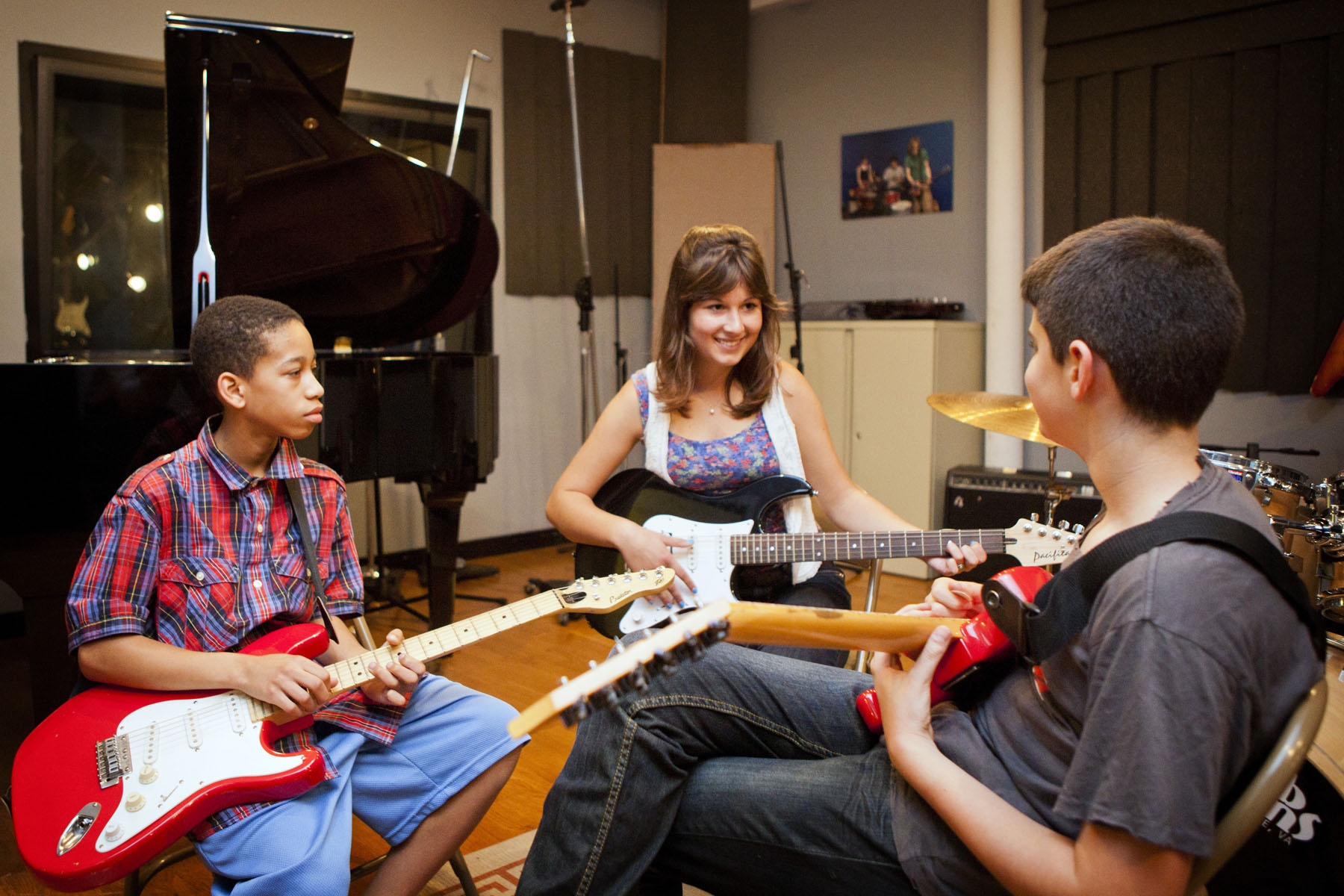 October 19, 2011 — Last spring, when Carey Sargent, then a University of Virginia graduate teaching assistant, assigned students in her "Public Sociology" course to volunteer in the Charlottesville community, one took it a step farther.

As a result of the class, Garland Gay, now a fourth-year sociology major in the College of Arts & Sciences, founded the first arts and music program at Madison House, U.Va.'s student volunteer clearinghouse.

Gay, who plans to pursue a career in music management, wanted to share his passion for the arts with the greater Charlottesville community. "I love music more than anything, so every move I make is governed by that love," he said. Sargent's assignment offered the perfect pretext for Gay to combine his love for music with community service.

After searching for nonprofit music programs, Gay decided that the Music Resource Center, an after-school music education program, was in the greatest need of volunteers. Gay began partnering with Madison House to find a way to recruit them.

The MRC's mission goes beyond music education. John Hornsby, brother of famous musician Bruce Hornsby, founded the center with the idea that after-school activities would help keep middle and high school students away from negative influences. With additional donations from the Dave Mathews Band, the center opened in 1995.

While the MRC is open to students of all backgrounds, roughly half of the 600 participants come from low-income households, according to volunteer coordinator Maria Gall. A mere $10 gives these students access to all of center's professional equipment and services for the year.

"On any given day at the MRC, we might have one student recording a rock album in the studio, another student making hip-hop beats in a project studio, a classical guitarist taking a private lesson and a group of friends dancing in the dance studio," she said.

The professionally designed studio and equipment hooked Gay to the organization. As a member of his own band, Shadow Delay, he said he wishes he'd had access to the MRC facilities in high school.

While the MRC volunteer program currently fits under Madison House's after-school activities program, director of programs Jennifer Walker considers the MRC partnership a stepping-stone. "It's opening the door to Madison House for more arts and music opportunities," she said.

U.Va. volunteers play two roles at the Music Resource Center, Gay said: either teaching music lessons or supervising the front desk, which functions as a recreational commons area. The volunteer instructors give one-on-one lessons, helping students find and develop their own niche in the music world.

The front-desk position gives non-musician students who support creativity and music a way to be a part of the center. They are the first faces the students see when they walk into the MRC, Gall said.

The new Madison House partnership has swelled the MRC's volunteer ranks. Less than two months into the program, 11 U.Va. students volunteer at the MRC each week.

"The U.Va. volunteers have not only helped students improve their musical skills, but have also broadened their horizons by relating personal stories and experiences," Gall said. They chat with the middle and high school students about everything from metal bands to college applications, she said.

These simple interactions make a real difference. "Sometimes just asking about a student's day and sharing a laugh is enough to give a student confidence and motivation to tackle one of his or her goals," Gall said.

Sargent realized the deep work ethic and the passion for the community that U.Va. students have through watching Gay and his classmates take on active roles in the local community.

"I discovered that my students were more creative, insightful and responsible than I realized while I was teaching in a traditional classroom," she said.

Gay said the partnership allowed him to see a world outside the academic bubble. "I often get caught up in schoolwork and forget that there are more important things than taking a test," he said. "When I get too deep into that mode I try to take a step back and re-evaluate."

Walker credits Gay's work ethic and communication skills for the MRC partnership's success. She said his commitment will allow the volunteer partnership to prosper well past his graduation.

Gay said he views the MRC-Madison House partnership as "symbiotic."

"There's no way that you can't get something back," he said.

A Year We Will Never Forget: 2019-20 in Review END_OF_DOCUMENT_TOKEN_TO_BE_REPLACED

‘What Will You Carry With You?’ Remarks From UVA President Jim Ryan END_OF_DOCUMENT_TOKEN_TO_BE_REPLACED