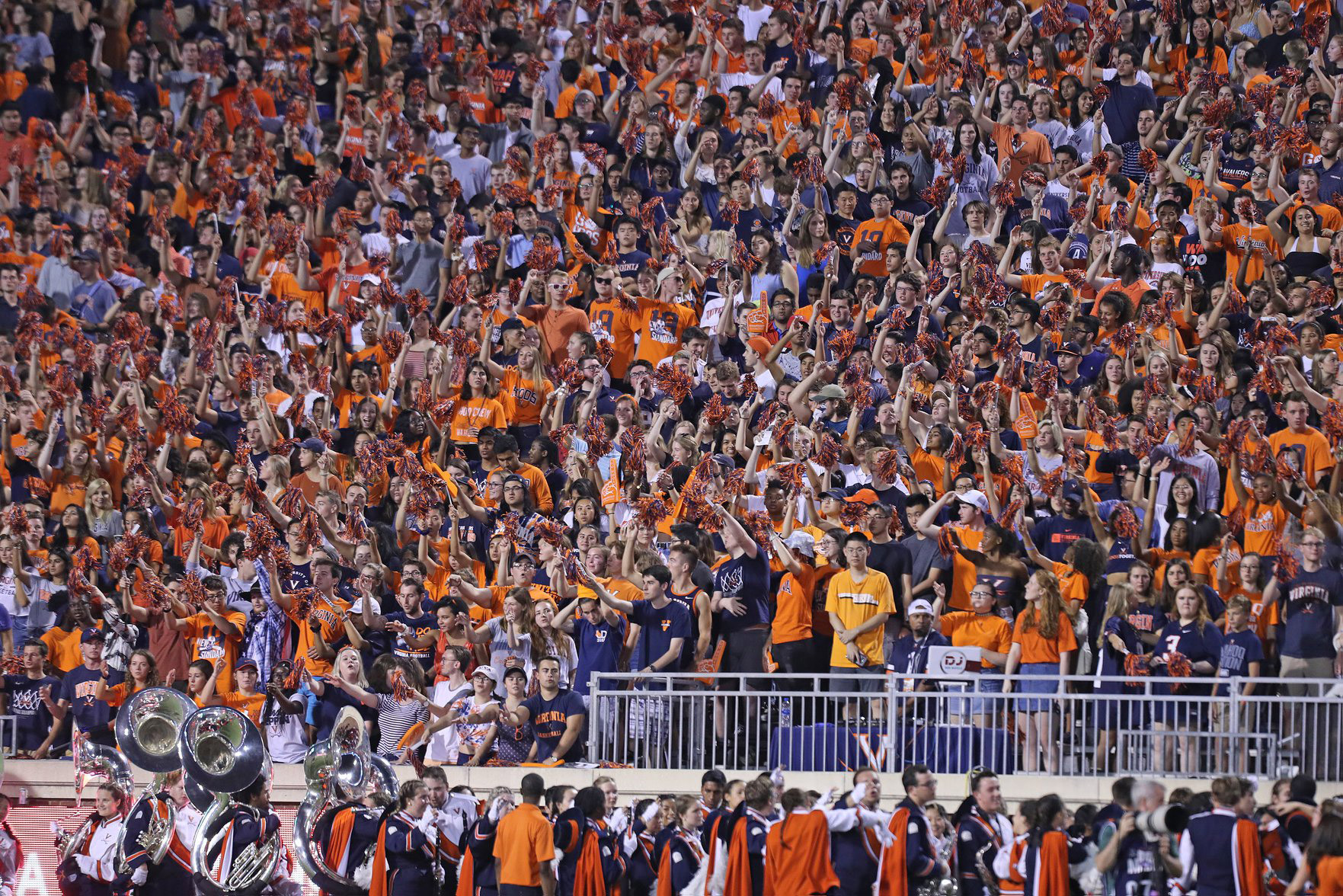 You think fans are excited about this year’s University of Virginia football team?

So many UVA students came out for Friday night’s home-opening victory against William & Mary that some of them had to be moved to an overflow seating area.

Just as impressive was the turnout from other members of the UVA and Charlottesville communities.

Tailgaters, whom UVA coach Bronco Mendenhall credited earlier in the week for firing up his players, were out in full force.

Hyped-up fans of all ages filed into Scott Stadium well before kickoff.

And then there was everyone else watching on TV, listening on the radio or following along on social media.

In case you missed it, here’s how the evening played out on Twitter.

It’s a beautiful night for some UVA football! #GoHoos pic.twitter.com/ghy8Yb9F5M

These unis at night are a sight to see

When the game started, it was all Hoos.

UVA forced the Tribe into a quick three-and-out, then took an early 7-0 lead when Bryce Perkins connected with Joe Reed on a 40-yard touchdown pass.

A short time later, Nick Grant scored on a 85-yard interception return. That was followed by a methodical drive that concluded with a 7-yard touchdown run by Perkins to give UVA a commanding 21-0 lead.

And the first quarter wasn’t even over yet.

Singing the Good Old Song for a 3rd time in the 1st quarter #GoHoos | #TheStandard pic.twitter.com/8sxGzmRRLQ

It was clear sailing from there.

Suffice to say, Wahoo fans liked what they saw.

This is a joy to watch. #GoHoos

I love watching the student section and sideline when something awesome is happening during a game. So many happy Hoos! #uva #wahoowa #gohoos

Fans also appeared to be loving some of the new facets of the game-day experience, including the beer gardens.

Can’t prove it but I’m saying it. I bought the first beer at Scott Stadium #GoHoos #Wahoowa

I’m seeing improvements all over the place.

A Year We Will Never Forget: 2019-20 in Review END_OF_DOCUMENT_TOKEN_TO_BE_REPLACED

‘What Will You Carry With You?’ Remarks From UVA President Jim Ryan END_OF_DOCUMENT_TOKEN_TO_BE_REPLACED