Gone But Not Forgotten: Why the Berlin Wall Maintains a Grip on Us 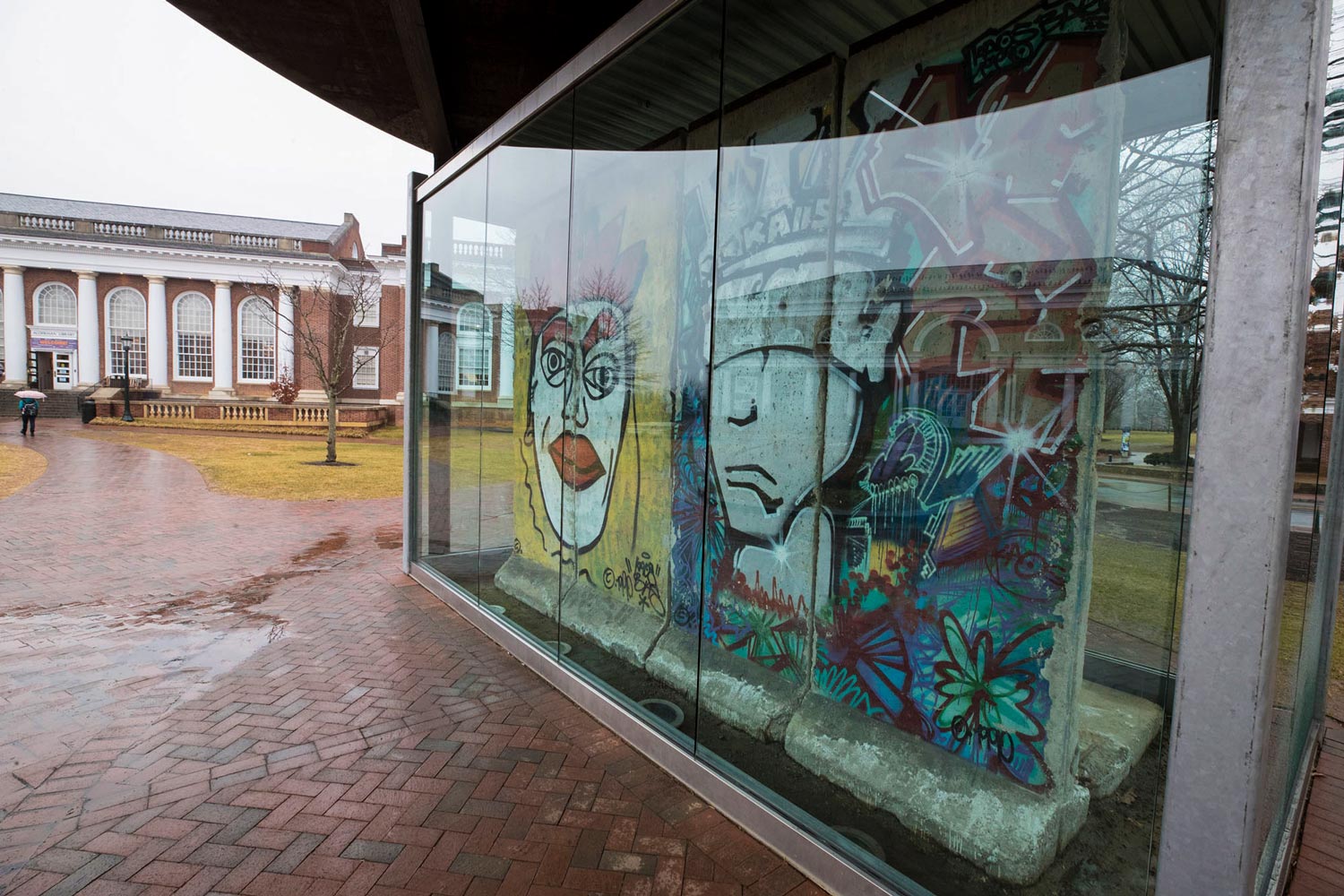 The Berlin Wall has officially been gone as long as it existed.

The wall, built in 1961 to divide the former and future German capital between its Western-controlled sectors and Communist East Germany, stood for 29 years. This year will mark the 29th anniversary of its toppling.

The wall came to symbolize the divisions of the Cold War between the West and Soviet Union. In what became a signature moment of his presidency, U.S. President Ronald Reagan, speaking on June 12, 1987, in front of the Brandenburg Gate – a German landmark that was part of the Wall – called on Soviet leader Mikhail Gorbachev to end the city’s division and symbolically to lower the “Iron Curtain” between Eastern and Western Europe.

The wall was indeed torn down in 1989 and 1990, starting with ordinary citizens with sledge hammers and later with industrial equipment operated by governments. It became the symbolic end of the Cold War. Germany was re-united for the first time since 1945, and the Soviet Union collapsed.

Kaun’s images, painted on the former West German side of the wall, depict a colorful king representing freedom beside a drab, blindfolded king who is ignorant to the desires of his people.

Kyrill Kunakhovich, an assistant professor in the Corcoran Department of History, teaches courses on communism, fascism, nationalism and the Cold War. He is completing a book manuscript, entitled “Culture for the People: Art and Politics in Communist Poland and East Germany.” He answered a few questions recently about the Berlin Wall.

Q. The wall is at a point at which it has been torn down longer than it existed. Why is that in the news?

In part, this reflects the enduring influence of the Cold War: even 28 years later, we haven’t entirely overcome some old assumptions, such as the world can be divided into friends and enemies, and that these enemies can be contained behind a wall. But it also suggests that we feel a sense of unease about the current global order, which feels nowhere near as solid, plain and permanent as the Berlin Wall.

Q. How did the Berlin Wall come to symbolize the Cold War?

A. The wall was a stunning marker of Europe’s division: it went up in the middle of a city, cutting across neighborhoods, streets, even houses. It embodied the sudden and dramatic separation of one continent into two camps.

It also embodied both camps’ fears and anxieties: both East and West preferred to keep the other out of sight. Nothing indicates a break in relations like a concrete wall.

Q. Are there lasting effects in Germany, Europe or beyond of the Berlin Wall, even though it’s gone?

A. Today, Germans talk of a ‘wall in the head’ – the psychological effects of division that haven’t gone away.

Salaries are considerably lower in eastern Germany, and unemployment higher. Studies show that both easterners and westerners continue to view each other in unflattering terms.

Beyond Germany, it’s clear that old notions of Western and Eastern Europe still endure, even within the European Union. This produces tensions between the EU’s member-states and serves as an obstacle to integration.

Q. Any lessons for today from that experience?

A. There’s one obvious lesson: Walls fall. The East German regime built the Berlin Wall in order to feel more secure. Instead, it became an international pariah and an enemy to its own people. It couldn’t stop thousands of people from leaving the country, or Western culture and values from entering. Designed as a show of national strength, the Berlin Wall testified to East Germany’s weakness.

Netflix to Add Ads. Why This Could Be a ‘Game-Changer’ for Your Viewing Experience END_OF_DOCUMENT_TOKEN_TO_BE_REPLACED

What’s Next for UVA’s Class of 2022? END_OF_DOCUMENT_TOKEN_TO_BE_REPLACED