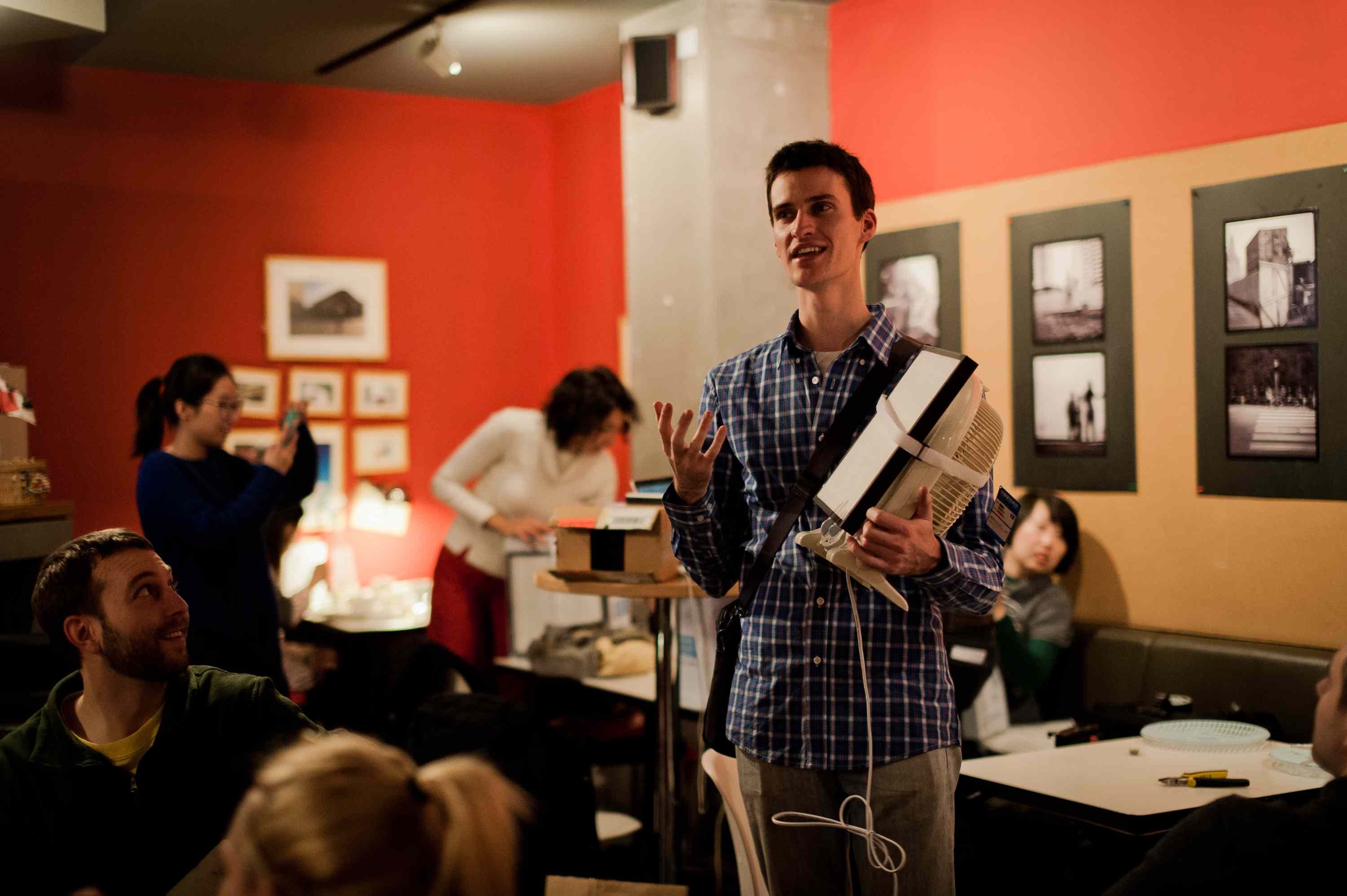 During the winter of 2012-13, air pollution in Beijing was so bad scientists likened it to a nuclear winter. Thousands of people checked into hospitals with respiratory diseases caused by a thick, choking fog.

The air has been so bad in Beijing that the U.S. Embassy issues hourly air quality updates on a special Twitter feed.

During the so-called “airpocalypse,” University of Virginia graduate student Thomas Talhelm was living in the Chinese capital on a Fulbright Scholarship. He was doing cultural psychology research that culminated in a “rice theory” study explaining north-south cultural differences that was ultimately published in the journal Science in May.

He also became one of the millions to suffer from the sometimes-lethal air pollution, the result of massive coal burning during a cold snap and China’s growing love affair with motor vehicles. Beijing alone has more than 1 million cars on the road.

“I had to use a mask when I biked,” Talhelm said during a recent phone call from Beijing, where he has returned to do follow-up work on his rice theory paper. “I felt like I had asthma and it hurt to breathe deeply.”

Those who could afford it were resorting to an expensive solution: air filters costing up to $1,000. Because he was only going to be in Beijing for eight months, Talhelm was unwilling to lay out that kind of cash. “I thought it was pretty ridiculous. And on top of the sticker price, they really stick you for the replacement filters,” Talhelm said. “I could have afforded it, but if you are gouging me, it’s unfair. And there are plenty of people who cannot afford it.”

His solution was remarkably simple and really cheap. He strapped a HEPA filter to a fan and quickly began to enjoy clean air. A particle counter he purchased confirmed the filter was effective.

Talhelm published the results and began offering “Smart Air” workshops for people who wanted to make their own air purifiers. (He held one last week at U.Va.’s office in Shanghai.)

The workshops “mostly started as an expat thing,” but more locals are coming, he said. “I really enjoy the workshops.” During the 30-minute sessions, Talhelm presents data to support the efficacy of the filters and demonstrates how to build them. “I don’t ask people to believe me because I’m wearing a lab coat. People find that to be refreshing in China,” where transparency can be lacking.

Talhelm says the goal is not to make money and the cost of the workshops only covers materials, which cost about $33 per purifier. “I’m not putting money in my pockets – I’m paying employees,” six of whom work at Smart Air. “It’s like a social enterprise.” he said.

Smart Air is working with an engineering firm to help manufacture the air purifiers from the ground up, while continuing to keep the price down. “Once we have a product in place, our goal is to expand to India, Malaysia and Indonesia,” Talhelm said. The kits currently offered have found homes in the United States, England, Hong Kong, and Singapore.

So what do the high-end purification makers think of Smart Air? “My best guess is they have probably chosen to ignore us, that paying attention would legitimize what we are doing. I think I would ignore us, too.”

Do You Know the History of Your Favorite Corner Spots? END_OF_DOCUMENT_TOKEN_TO_BE_REPLACED

Netflix to Add Ads. Why This Could Be a ‘Game-Changer’ for Your Viewing Experience END_OF_DOCUMENT_TOKEN_TO_BE_REPLACED

What’s Next for UVA’s Class of 2022? END_OF_DOCUMENT_TOKEN_TO_BE_REPLACED