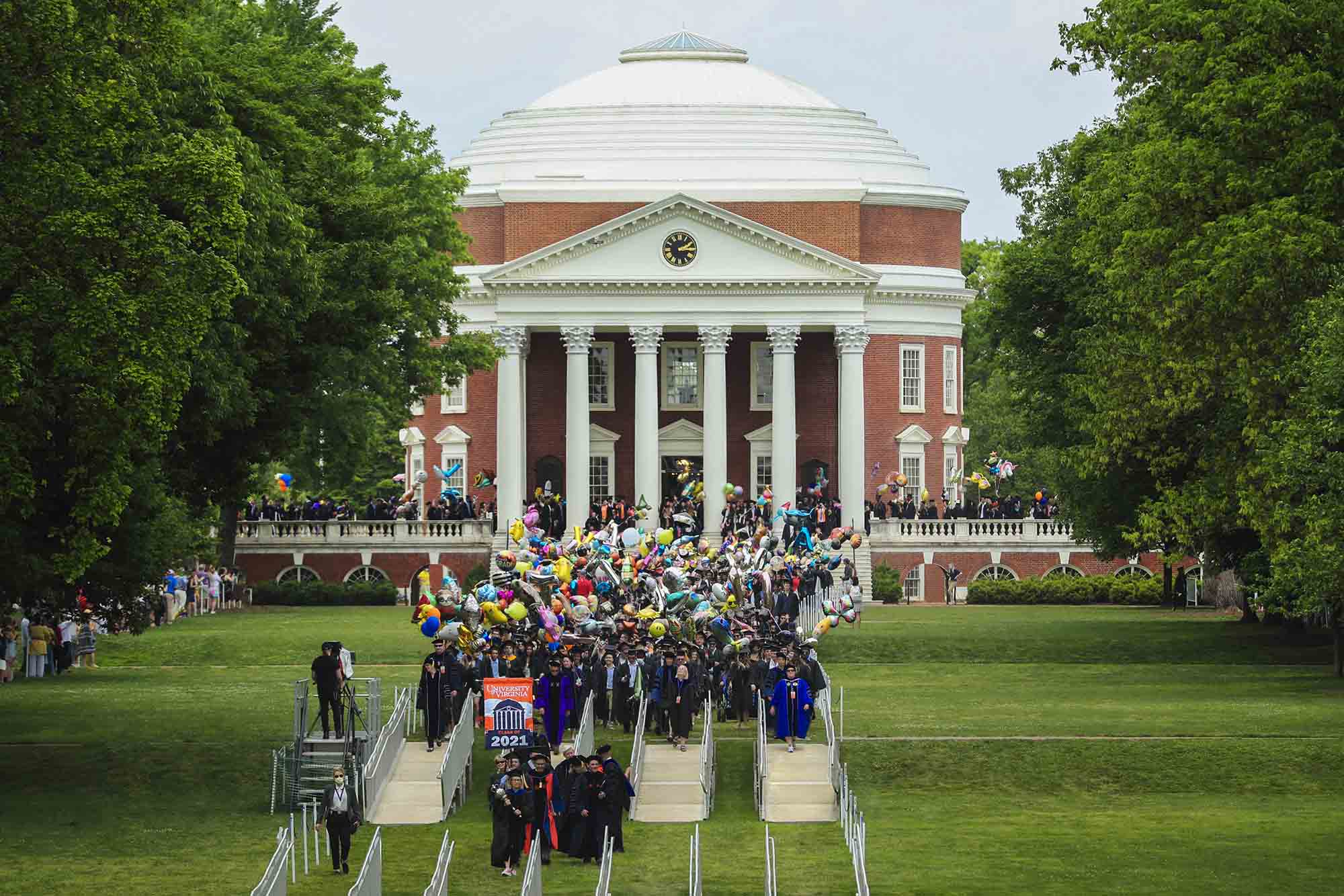 As the University of Virginia’s Class of 2021 walked the Lawn this past weekend, the graduates carried with them many academic accomplishments.

Here is a look some of the University’s newest alumni: 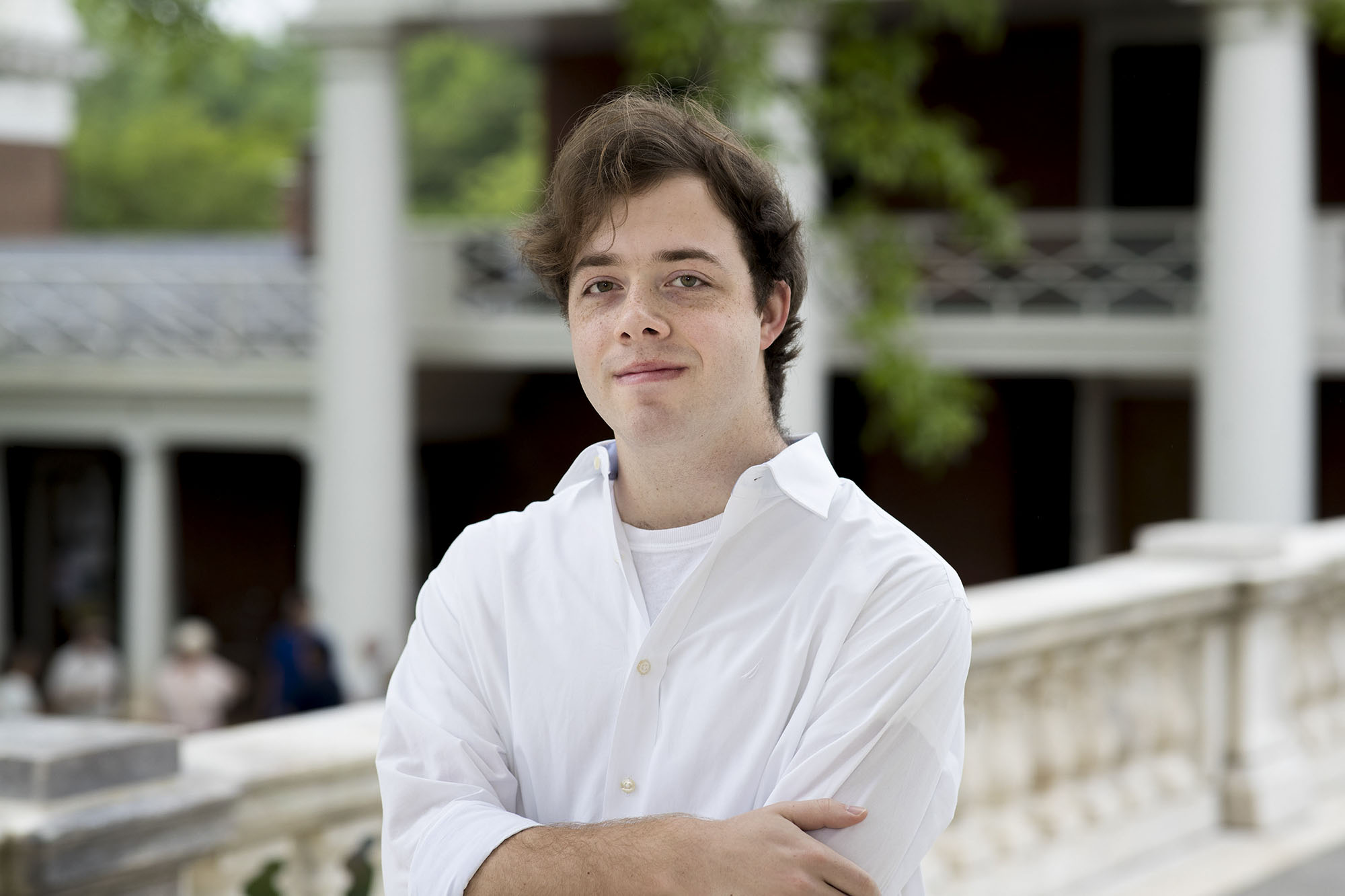 Westendorff, who graduated as a chemical engineering major, fits into several of these categories. He is an Astronaut Scholar, a Goldwater Scholar, a Rodman Scholar, a Harrison Undergraduate Research Award recipient and the recipient of the UVA Engineering Outstanding Student award.

The Pfafftown, North Carolina, native focuses his research on inorganic chemistry and its applications.

“I absolutely love to see how seemingly minute chemical phenomena can make large impacts on applications, and so I really enjoy the roles of scientist and engineer together,” he said. “I also really enjoy combining both experimental and computational data, because it provides a broad understanding of the systems investigated. I’ve spent my research experience in the past few years in both areas because I see it as a holistic way of viewing chemistry and its applications.

Westendorff has worked with W. Dean Harman, professor and chair of the Department of Chemistry.

“I don’t quite know how he manages it all, but he continued to work on his engineering degree, take advanced physical chemistry courses for fun, and to conduct meaningful research in two different research groups,” Harman said. “He and his graduate student mentor had a manuscript describing some of their work published in the prestigious journal Nature.”

Westendorff is listed as a co-author on several papers from Harman’s lab, where he completed key calculations to support its synthetic work.

Westendorff has also received is a Canty Research Grant and an Excellence in Research Award and is a member of the Raven Society.

Each year, faculty and staff of the School of Engineering nominate fourth-year students for the UVA Engineering Outstanding Student Awards, recognizing outstanding academics, service and leadership to the School and University. The awardees are presented with an engraved Revere bowl. The recipients in this year’s graduating class were:

Gray/Carrington Scholarships are awarded for personal integrity, achievement, leadership and humility in the memory of Arthur Powell “Pete” Gray IV and Edward Codrington Carrington Jr. The recipients in this year’s graduating class were: 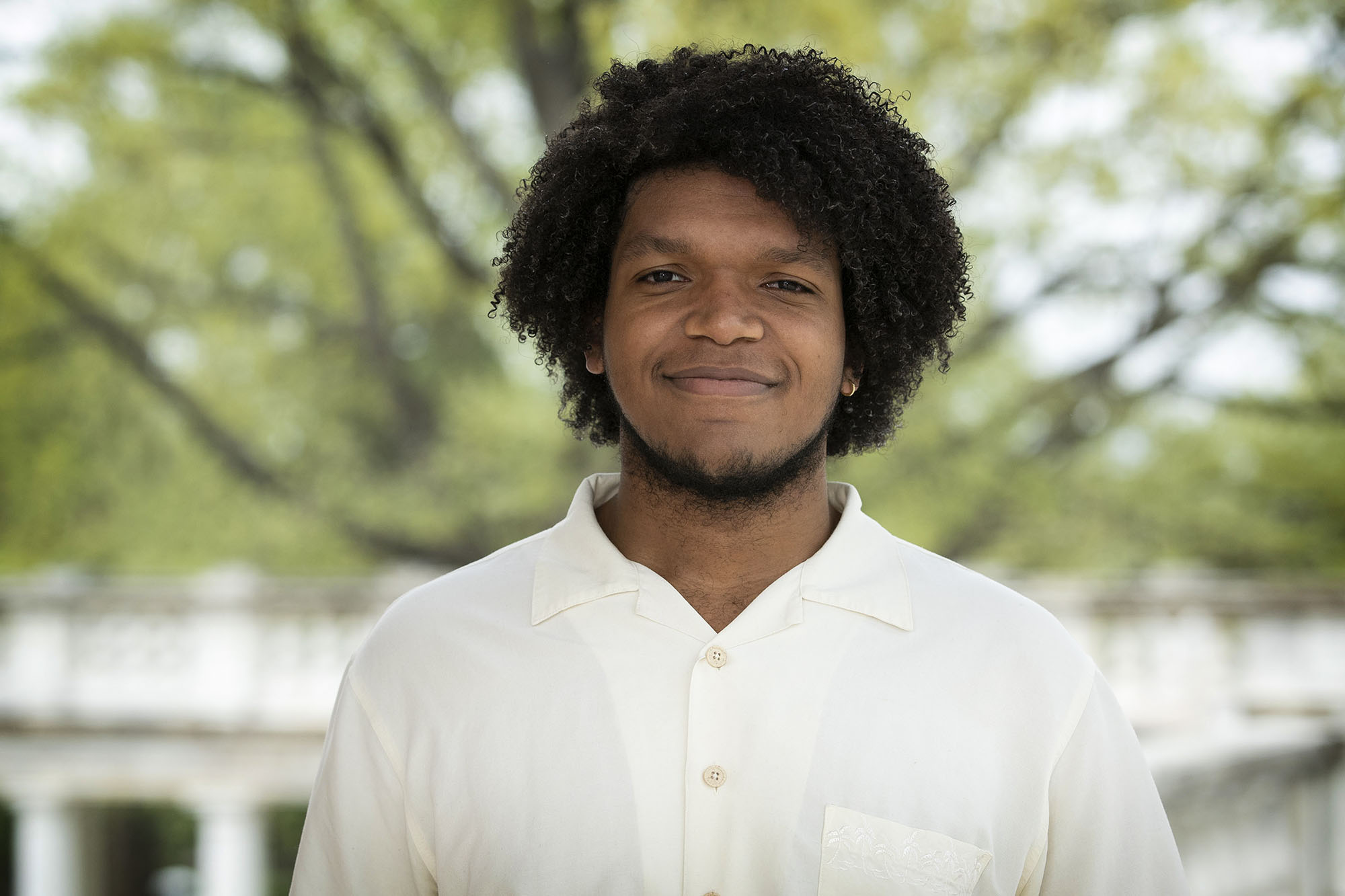 Reed, of Middlesex County, graduated with degrees in the English department’s Area Program in Poetry Writing and in cognitive science, with a concentration in linguistics. He was also an Echols Scholar and a Ridley Scholar. He was vice chair for selections and a resident adviser within Housing and Residence Life; probationary chair for the University Guide Service; a Meriwether Lewis Institute for Citizen Leadership Fellow; an Office of African American Affairs Peer Advisor; and a member of the Student Council’s Board of Audit and Management.

Ivory, of Surfside, Florida, majored in women and gender studies and provided leadership in many aspects of student life. She was a four-year starter in goal for the UVA women’s soccer team and member of the team’s Leadership Council. She was also an executive board member of Student Athletes Committed to Honor; a mentor through Student Athlete Mentors; a volunteer and team leader for Athletes in Action; and a member of the All-Atlantic Coast Conference Academic Team.

Sophia McCrimmon of Richmond, a double major in American studies and English, with a minor in historic preservation, researched the social histories of the 10 pavilion gardens surrounding the Lawn in UVA’s Academical Village as a Kenan Scholar.

“These unique spaces have a multifaceted history, from their original function as sites of enslaved labor to their contemporary role as landscaped gardens,” McCrimmon said. 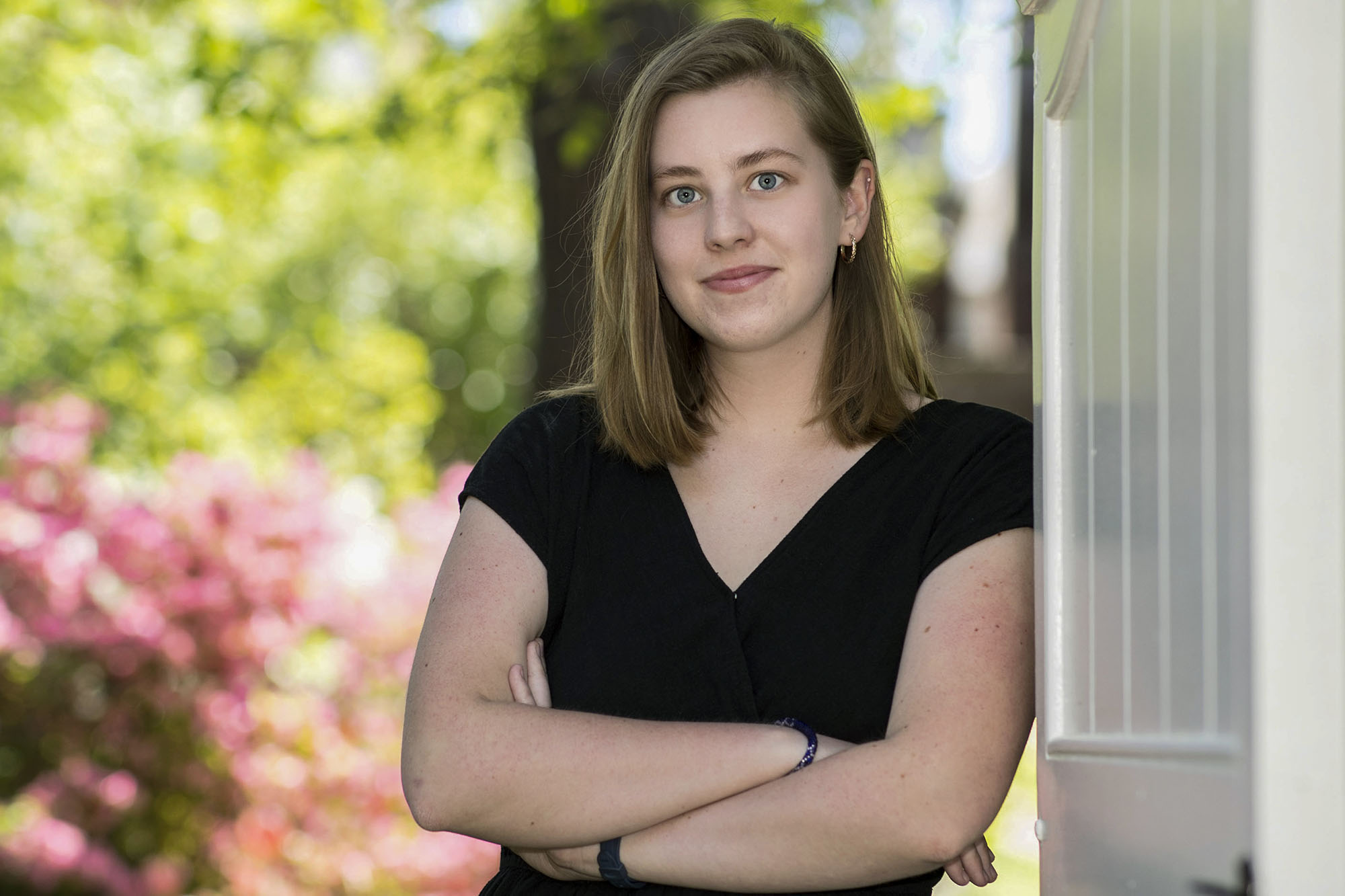 “Like many other Guides, I take tourists to the gardens to discuss the history of slavery at UVA,” she said. “I was struck by the dissonance of discussing such difficult histories in such aesthetically beautiful spaces, and it prompted me to do more research on the layered history of the gardens. I’m intrigued by how the spaces have historically functioned as both public and private, and both beautiful and utilitarian. I would love for my research to complicate our understanding of these spaces, exposing their multifaceted history.”

An Echols Scholar and a Jefferson Scholar, McCrimmon also was a counselor for the Cornerstone Summer Institute; a member of the President’s Commission on the University in the Age of Segregation; and a student docent at the Fralin Museum of Art at the University of Virginia.

Elizabeth K. Meyer, the Merrill D. Peterson Professor of Landscape Architecture and co-director of the UVA Center for Cultural Landscapes, is impressed with McCrimmon’s work.

“While enrolled in my ‘Cultural Landscapes of Virginia’ class, Sophia stood out among a remarkable group of intrepid students who decided to take this new course taught by an architect/architectural historian and a landscape architect,” Meyer said. “Andy Johnston, my co-instructor, and I attracted students from three schools – Arts & Sciences, Architecture and Engineering, from second-year undergraduates to Ph.D. students. Sophia seemed particularly interested in the relationship between fieldwork, research and writing, and was not in the least bit intimidated discussing ideas with students a decade older.”

The Gilman Scholarship is a program of the U.S. Department of State’s Bureau of Educational and Cultural Affairs, intended to foster mutual understanding between the people of the United States and the people of other countries and promote friendly, sympathetic and peaceful relations.

Owens, who graduated with a degree in African American and African studies with a minor in studio art, traveled to Kenya to improve her Swahili, considered by the U.S. government to be a “critical-need” language, and to gain greater insight into Africa.

She participated in the overseas program through St. Lawrence University, taking courses on culture, environment, history and development of East Africa, as well as Swahili, from professors from the University of Nairobi.

Cynthia Hoehler-Fatton, a UVA associate professor of religious studies, describes Owens as a sharp, engaged student with a lively curiosity about other countries and cultures.

“When I learned that Jenna was taking Kiswahili,  and was determined to complete two full years of coursework in the language, I urged her to consider traveling to Kenya or Tanzania where she could put her newfound skills to the test,” Hoehler-Fatton said.

Anne Rotich, an assistant professor of African American and African studies, said Owens has been a diligent and intellectually curious student who always asked thoughtful questions.

“She is committed to her studies and was eager to learn Swahili,” Rotich said. “Jenna is friendly and gets along with other students. When I met her on the first week of class, I realized that she is always smiling and very positive in her demeanor.

Rotich said Owens is ready to volunteer help with a positive spirit when needed.

A recipient of an International Student Office scholarship, Owens was a member of Blue Ridge Campus Ministry and I Was Hungry, volunteer organization that collaborates with a local food pantry to deliver food to lower-income neighborhoods in Charlottesville.

The Ridley Scholarships honor the memory of Walter N. Ridley, who earned a Doctor of Education degree from UVA in 1953, becoming the first Black UVA graduate and the first African American to receive an doctoral degree from a Southern, traditionally white university. There are a host of scholarships under the Ridley banner.

The graduating class’ Ridley Scholars were:

What’s Next for UVA’s Class of 2022? END_OF_DOCUMENT_TOKEN_TO_BE_REPLACED