Haiti to Boston to Virginia: A Professor’s Improbable Journey to a Legal Career 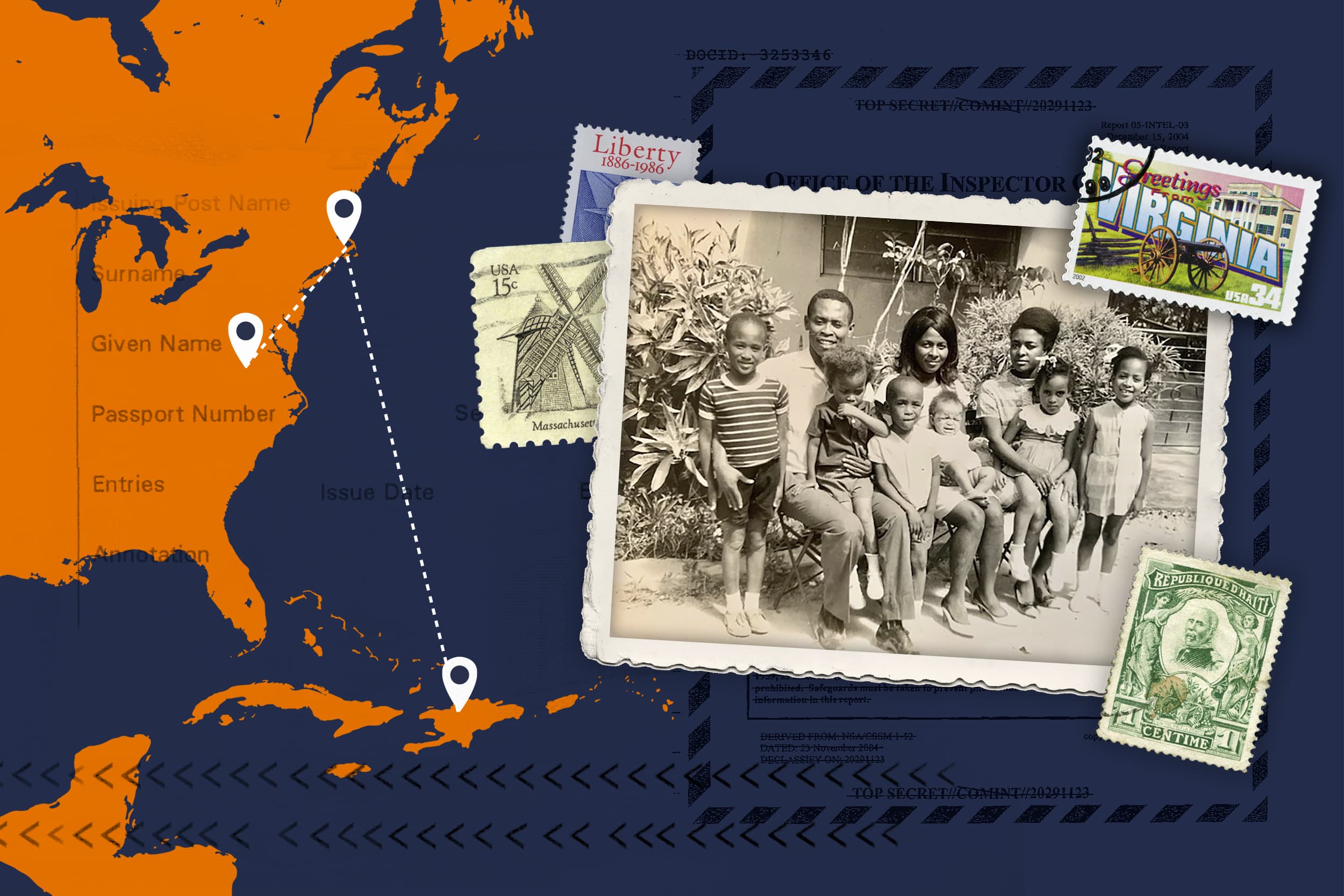 It was a visa numbers game, and back in the early 1970s, Gladis Griffith drew a short straw.

This meant she and her three older brothers remained in Haiti as her parents – who were political refugees – and two of her sisters moved to the United States.

Griffith wasn’t able to reunite with her family until four years later in Boston.

“I didn’t speak one lick of English,” recalled Griffith, whose first languages were French and Haitian Creole, “and so it was rough.”

The same could be said for Griffith’s acclimation to the colder climate. “I remember not knowing what snow was – it looked like cotton to me. And it was so cold, it hurt,” she said.

But the path would eventually lead to great things for Griffith, who went on to excel in high school, college and law school, before embarking on a 29-year legal career with the U.S. government. Since 2010, she has taught contract and procurement classes, as well as leadership and public safety classes at UVA’s School of Continuing and Professional Studies.

While her early life was overwhelming on many levels, Griffith, unbeknownst to her, had an ace in the hole: parents who understood the value of education – they were both teachers – and who would be hell-bent on making sure she and all seven of her siblings got good ones.

For Griffith, teaching is a labor of love.

“It’s like when little kids see Christmas lights for the first time,” Griffith said. “When students grasp a new concept or nuance, it’s contagious: you see their eyes pop, you see their excitement, you see their joy. I get excited too. It’s a great feeling for me.” 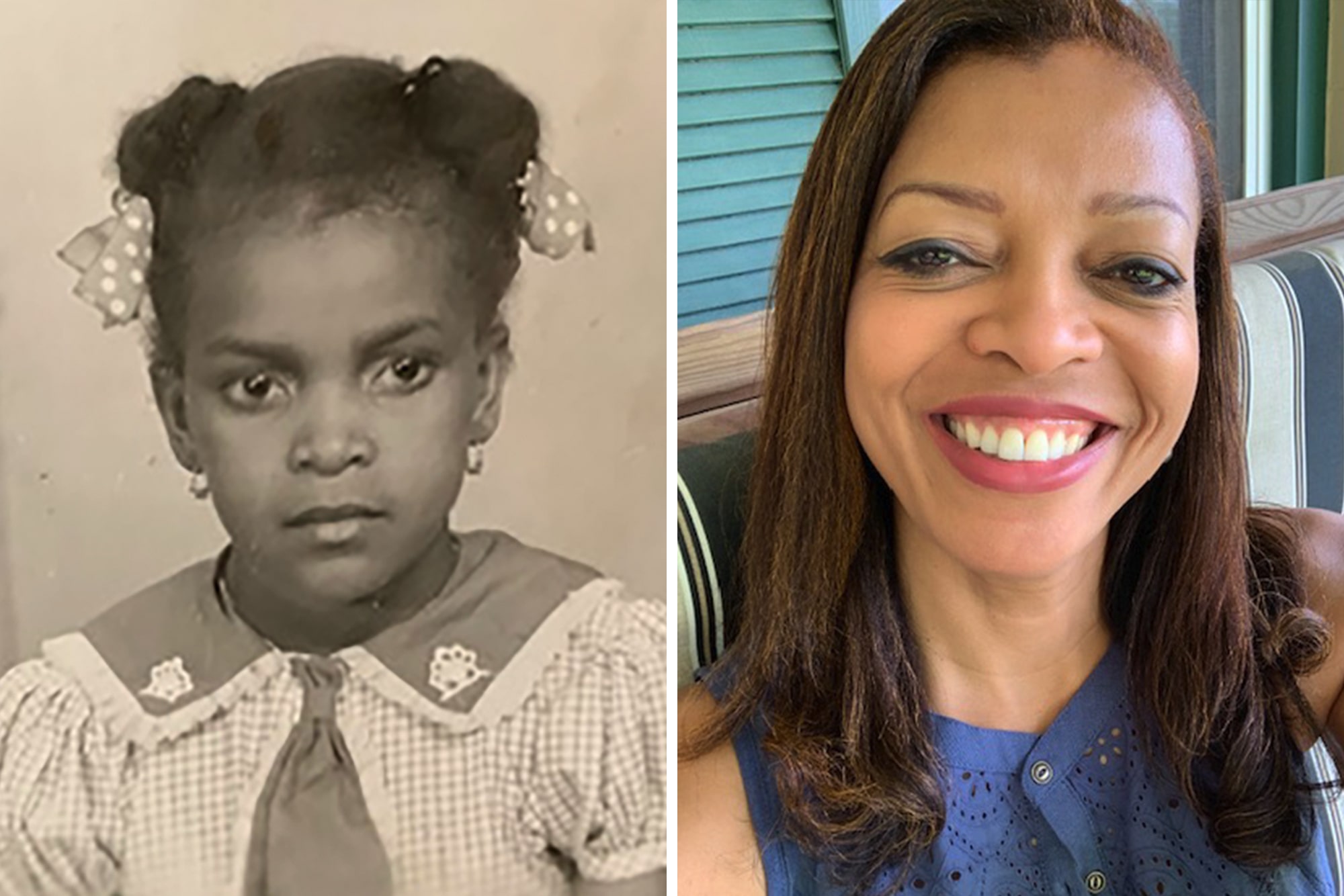 Griffith still remembers small gestures along the way of folks who showed they cared, such as the time her second-grade teacher gave her a birthday card. It was written in French so that she would be able to read it.

Griffith smiles when she reflects on her childhood. Growing up with three older brothers, two older sisters and two younger sisters was what you would expect.

“I definitely had to elbow my way into things,” she said, laughing.

For many years growing up, Griffith was convinced that she had been adopted – because that’s what her older brothers had told her.

“I always thought it would be like the Frances Hodson Burnett story of ‘A Little Princess,’ where there is a girl who everyone thinks is a pauper, but in reality is an heiress, whose true parents eventually do come to rescue her,” said Griffith, “but then my mom made it clear that I was not adopted and that my true place was really with these seven annoying siblings! But I loved them, as siblings do, so that reality was bittersweet.”

When they first arrived, while earning their graduate degrees in education, Griffith’s parents worked odd jobs so that they could support their children. Eventually, Griffith’s mother and father both went on to teach, mainly at the elementary school level.

Griffith said the family home often felt like a giant classroom, with her parents giving the kids 10 new vocabulary words to learn every day and homework during the summer breaks.

“My parents were very much, ‘You can be anything that you want to be,’” Griffith said. “What I loved about them especially was there were no excuses. They were both like, ‘If you put in the work, you can do it.’ I didn’t even know I could whine and say, ‘I can’t do it,’ because they would just look at me and be like, ‘Stop being lazy and go do it.’”

Griffith would go on to earn her undergraduate degree as a double major in English and French literature and her law degree from Boston College Law School. She then began her professional career as an attorney advising on federal audits, investigations and inspections at the U.S. Agency for International Development, the Office of Inspector General and then the U.S. State Department.

While at the State Department, the inspector general asked her to lead several projects as her special assistant. She was part of the official U.S. delegation for the handover of Hong Kong to China, and she wrote many of the speeches and public statements on transparency, Freedom of Information Act access, and whistleblower protections. She also led the inspector general’s work on sharing best practices with partner nations such as Chile and Namibia, among others, for a smooth “Y2K” transition. (Many experts feared a widespread computer programming shortcut would cause disruptions when the year became 2000.)

“The biggest thing I learned is to be open to doors that open,” Griffith said. “Even if a job doesn’t initially seem like it would be the best thing ever, it’s really what you make of it.

“I took full advantage of that position.”

In 2000, Griffith embarked on to a 21-year career with the U.S. Postal Service’s Office of Inspector General. Griffith’s work centered on advising on investigations and leading a cadre of attorneys and other staff. Given the breadth of the Postal Service’s mission, she advised on a lot of contract issues, financial crime, as well as mail theft and fraud. “I got to really push the envelope of my understanding in so many areas of the law,” Griffith said.

About two years ago, Griffith began her current work at the U.S. International Development Finance Corp.’s Office of Inspector General as their deputy inspector general and general counsel. Griffith and the OIG team ensure the integrity and effectiveness of the office’s projects in meeting U.S. development and strategic goals. The office partners with the private sector to finance solutions for critical energy, health care, infrastructure and technological needs in lower- and middle-income countries – with a special emphasis on financing small businesses and women entrepreneurs.

“Coming from Haiti, one of the poorest countries in this hemisphere, I understand firsthand how it can be to need basics – shelter, water, food,” Griffith said. “Helping provide that to others in need is really, really rewarding.

“And there is an emphasis on helping women become more a part of the society. There are basic needs for girls in some of these countries, just basic stuff that we take for granted. It’s just appalling that in 2022 that there are people struggling for stuff when here we are shopping on Amazon every two minutes.”

Throughout her career, Griffith has been involved in several efforts, both domestically and internationally, that are aimed at creating more diversity. She has been a member of the International Career Advancement program to increase diversity in international careers since 1996. She also serves on UVA’s Diversity Task Force.

Now a mother of two who lives in Alexandria, Griffith said she always feels her parents’ influence – especially when she teaches. Many of Griffith’s siblings have, at one point, done some teaching. Griffith began doing so at University of Maryland’s University College in 1996 before coming to UVA in 2010.

Alumnus Brian Fitzpatrick, who has taken several of Griffith’s contract and procurement management courses, said Griffith is special. “I think she’s lived a lot of real-life situations and can bring practicality to the theory,” Fitzpatrick said. “And she’s warm and inviting and positive.”

During the pandemic, Griffith’s courses – like many that are designed for working adults in School of Continuing and Professional Studies programs – have been offered exclusively online. But she is looking forward to being back in the classroom next semester.

“Teaching is in my blood,” Griffith said. “I just think that sharing, that listening, that back-and-forth – I enjoy it. I think it’s something I’ll do until I can’t anymore.”

It’s Copperhead Season in Virginia. Here Is What You Need to Know END_OF_DOCUMENT_TOKEN_TO_BE_REPLACED

What’s Next for UVA’s Class of 2022? END_OF_DOCUMENT_TOKEN_TO_BE_REPLACED